The acclaimed exhibition Invisible Beauty, which was on show in the Iraq Pavilion at this year’s Venice Biennale, is to travel to Belgium and Brazil in the next two years.

Five artists based in Iraq or among the Iraqi diaspora—Latif Al Ani, Akam Shex Hadi, Haider Jabbar, Rabab Ghazoul and Salam Atta Sabri—featured in the show at the Ca’ Dandolo on the Grand Canal. The exhibition was organised by Philippe Van Cauteren, the artistic director of SMAK (Museum for Contemporary Art) in Ghent, where the show opens this spring (28 May-4 September 2016).

“There will be more works in Ghent. Due to a lack of space in Venice, I couldn't show about 20 images of Latif Al Ani or a slide show of Akam Shex Hadi,” Van Cauteren says. Invisible Beauty will then travel to the Kunsthalle São Paulo in early 2017.

The artists’ works respond to the ongoing war and political instability in Iraq. A performance piece by Cardiff-based Ghazoul focuses on the Chilcot Enquiry, the six-year British investigation into the 2003 invasion of the country. Jabbar, who is a refugee working in Turkey, has produced more than 2,000 watercolours, a selection of which show men murdered by Isil. And the Baghdad-based photographer Al Ani has captured the streets of the Iraqi capital from the late 1950s, when the monarchy was still in place, to today. 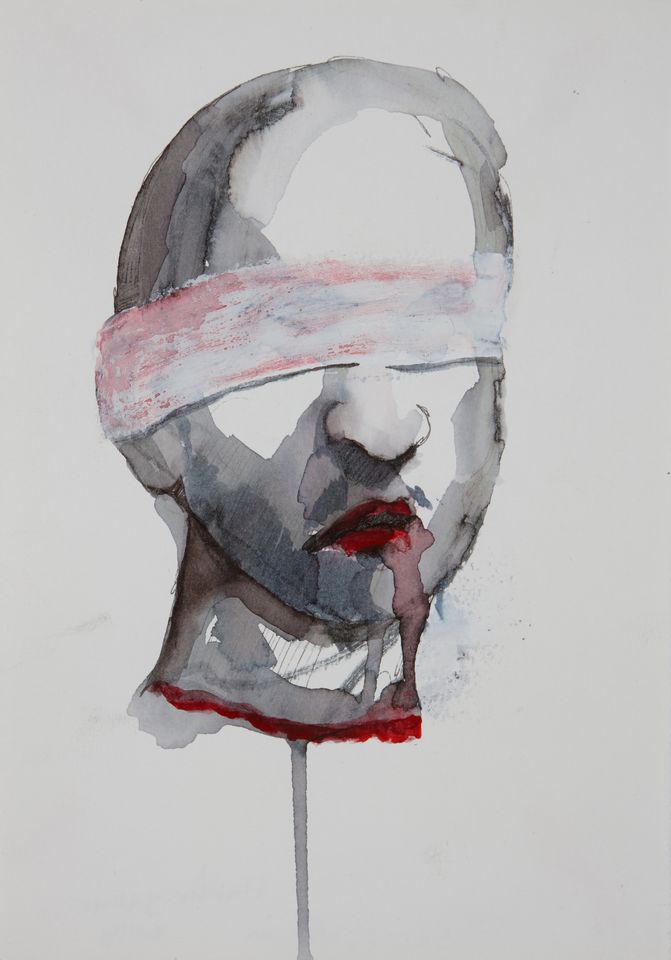 “Each of the artists selected has a compelling story to tell. And in the horror and despair, beautiful things are being made,” says Tamara Chalabi, the chair of the Ruya Foundation (the non-governmental body responsible for the Iraq pavilion at the Venice Biennale).