Leading figures give their impressions of Christine Macel’s main show, Viva Arte Viva, and their pick of the national pavilions 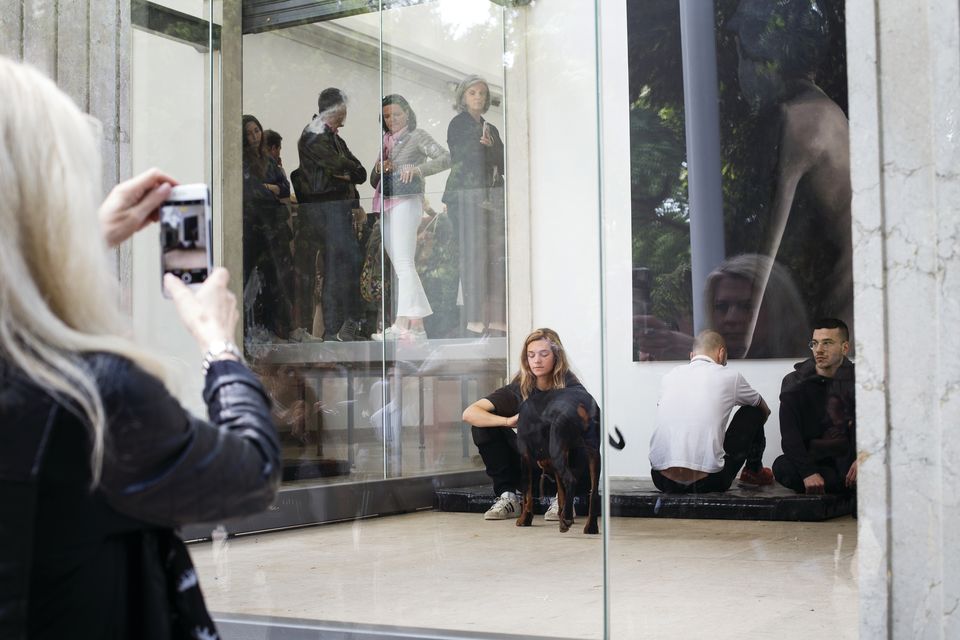 Many fairgoers will now be on a “grand tour”, with the Venice Biennale on their itinerary. We asked leading figures for their impressions of Christine Macel’s main show, Viva Arte Viva, and their pick of the national pavilions. 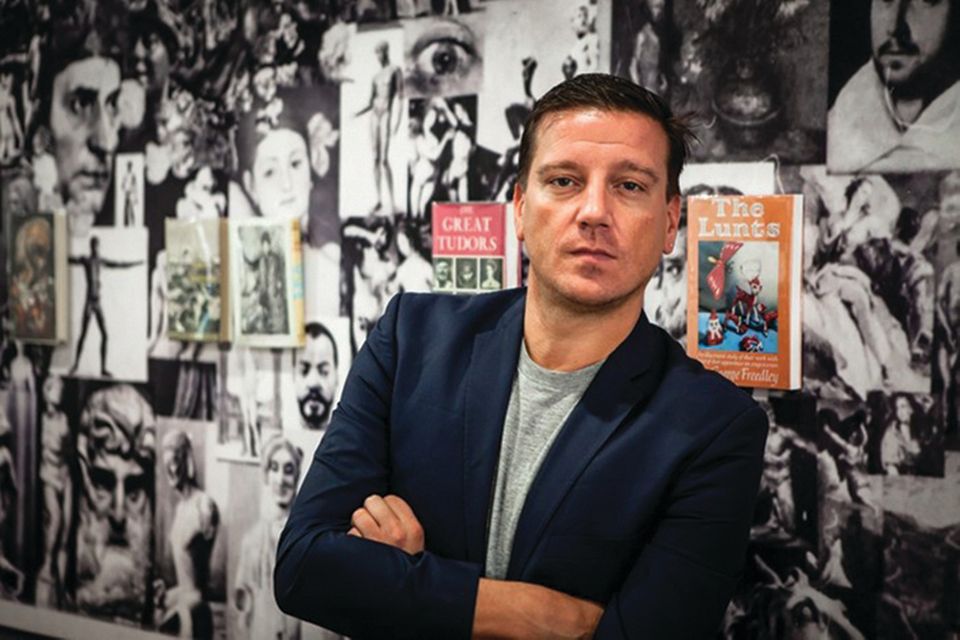 As a whole, the Biennale felt flat, maybe because we are living in such dire times. Perhaps the problem lies with the context into which the Biennale has fallen, rather than the Biennale itself. In the social and political conditions of today, it is particularly difficult to expect art to be some proposition of how to address reality. Faced with an unprecedented acceleration in the system of art together with the political challenges that for me are more extreme than at any other time in the post-war period, art—and the curator—struggle to find a voice and a relationship to all this. I don’t think that art can be an answer to today’s condition, but it could help to ask the right questions.

The German pavilion rattled the cage in a good way; at least it hit the right questions. It made people uncomfortable about the moment of scrutiny, the moment of the Faustian pact—here with global capitalism—when sub-culture is no longer sub cultural, and asks how can one sustain a sub-cultural voice without just becoming a Calvin Klein advertisement?

My best experience in Venice, however, was Teodor Currentzis conducting Mahler’s Symphony No 1 in D major at the Teatro Goldoni, organised by the V-A-C Foundation. 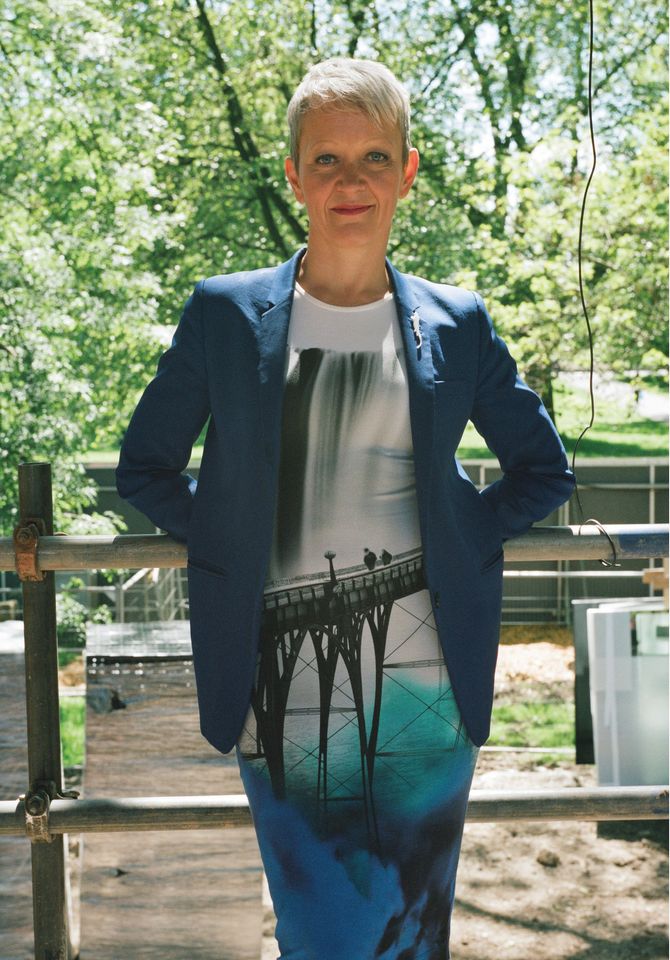 I thought the focus on making was an important statement about a determination to be in our present moment and to explore ideas of utopia that are grounded in present realities. Christine Macel did a really good job in challenging some of the gender stereotypes around textiles, and in this context I loved David Medalla’s piece in the Arsenale [A Stitch in Time (1968-2017)]—in the melee of Venice it was lovely to have something that rooted you to a moment of reflection. I was also pleased to see Judith Scott included in a wider story about making and materials rather than being shown as an Outsider artist. I liked that some work you might usually see in textile-based exhibitions was sitting next to people like Giorgio Griffa: overall I think that connection between textile and painting and mark-making worked really successfully.

For me, the highlight of the whole Biennale was the Romanian pavilion: nearly a whole century of art movements seen through one extraordinary artist’s eyes; each phase felt vital. What united Geta Bratescu’s pavilion with Phyllida Barlow in the British and Mark Bradford in the American pavilions was an attention to the artist, both in the art and in the world. Samson Young’s Hong Kong pavilion was just brilliant, both funny and serious, and the Diaspora pavilion was the greatest energy source of the whole Biennale. 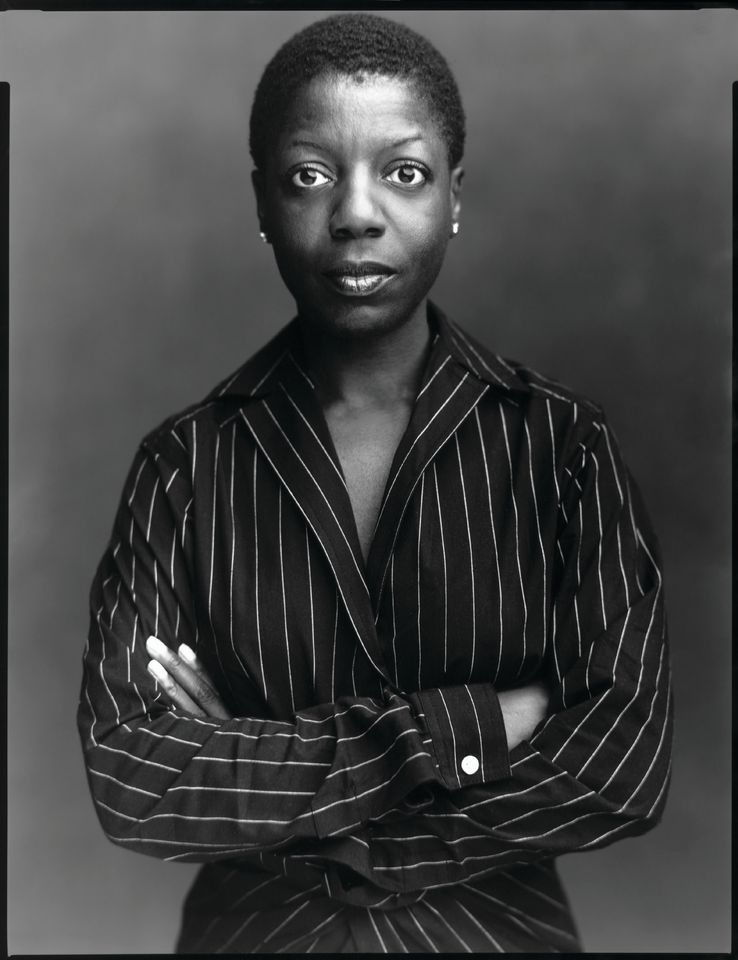 I was so thrilled when Mark Bradford was selected to represent the US at this year’s Venice Biennale, having had the great pleasure to engage with his work often for nearly two decades. Tomorrow Is Another Day is more than an exhibition, it is an immersive installation that engages the architecture of the pavilion—and everything it represents—in a complex dialogue about America, painting, aesthetics, identity and history, as it pushes the boundaries of abstraction. The works make the urgency and immediacy of this moment physically palpable. I have long admired Mark’s prophetic artistic voice, and with this presentation I truly experienced the unique alchemy of his vision.

I was incredibly excited by the inaugural Biennale presentation of Antigua and Barbuda, Frank Walter: the Last Universal Man (1926-2009), organised by Barbara Paca. The exhibition features paintings and sculptures alongside furniture, writings and ephemera from Walter’s secluded rural home and studio, offering a fascinating and moving glimpse into the life of the prolific and profound multidisciplinary artist. I also loved seeing the amazing work of Lisa Reihana in the solo presentation in Pursuit of Venus [infected] (2015-17), at the New Zealand pavilion. 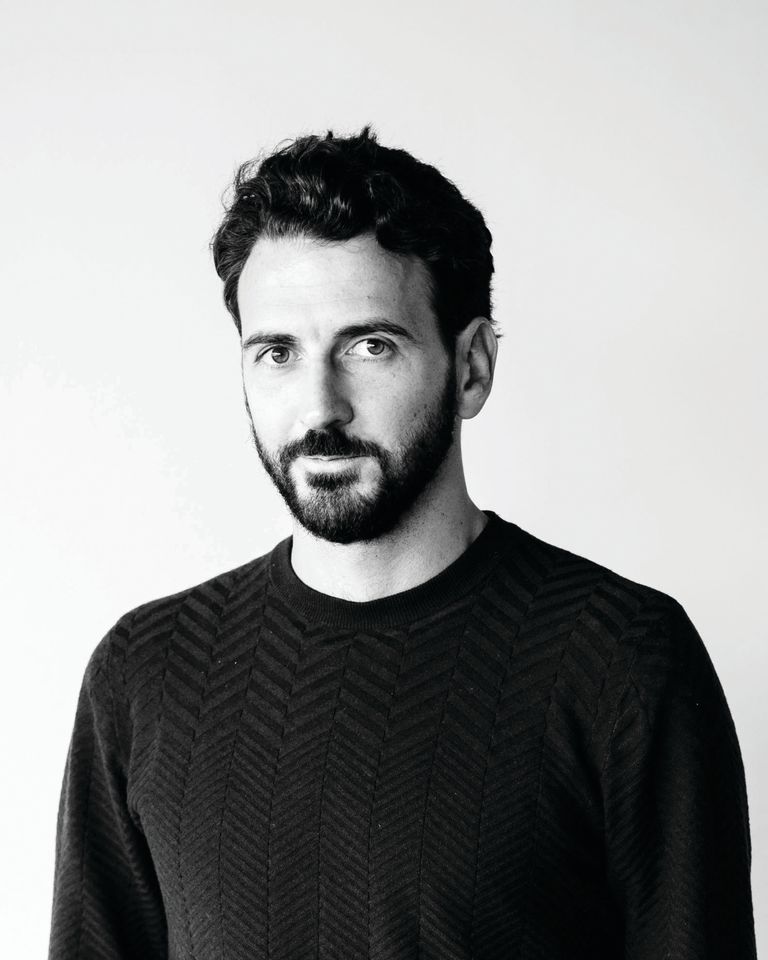 I was more interested in individual works than in Christine Macel’s sequence of thematic pavilions, which I felt were less strong than some of the work exhibited within them. In the Arsenale, I was uplifted by the rediscovery of Maria Lai, and the way in which her intimate and beautiful work shared a combination of themes with Lee Mingwei’s sewing piece nearby. I also found the piece by Charles Atlas absolutely mesmerising and I very much liked Maha Malluh’s cassette-tape work—maybe one of the few politically engaged works inside the main exhibition. The Japanese collective The Play was extremely refreshing. In general, I shared some of the comments about the absence of urgent engagement in the main exhibition, but I think it actually played out a ping pong of quite interesting oppositions with the real politics represented in the national pavilions. Anne Imhof’s German pavilion was urgent, timely and shocking, and I liked the Spanish pavilion by Jordi Colomer because it was an invitation to celebrate and protest at the same time: very political but with a nice positive tone. I loved the movie Flora (2017) by Teresa Hubbard and Alexander Birchler in the Swiss Pavilion—it was good to see this very intimate and touching documentary piece combined with the more political work in the Giardini.

Gone, but not forgotten: resurrected artists in Viva Arte Viva

Born with Down’s syndrome, but also long undiagnosed as deaf after a bout of scarlet fever, Scott was institutionalised at the age of seven until—after a legal battle—her twin sister Joyce became her legal guardian at the age of 42 and took her to California. She enrolled at the Creative Growth Art Center in Oakland, California, a centre for artists with disabilities, where she began to produce the complicated sculptures for which she is known. Her works are often totemic and abstract, consisting of found objects intricately bound in threads, wool, rope or other fibres. She had a major survey at the Brooklyn Museum in 2014. 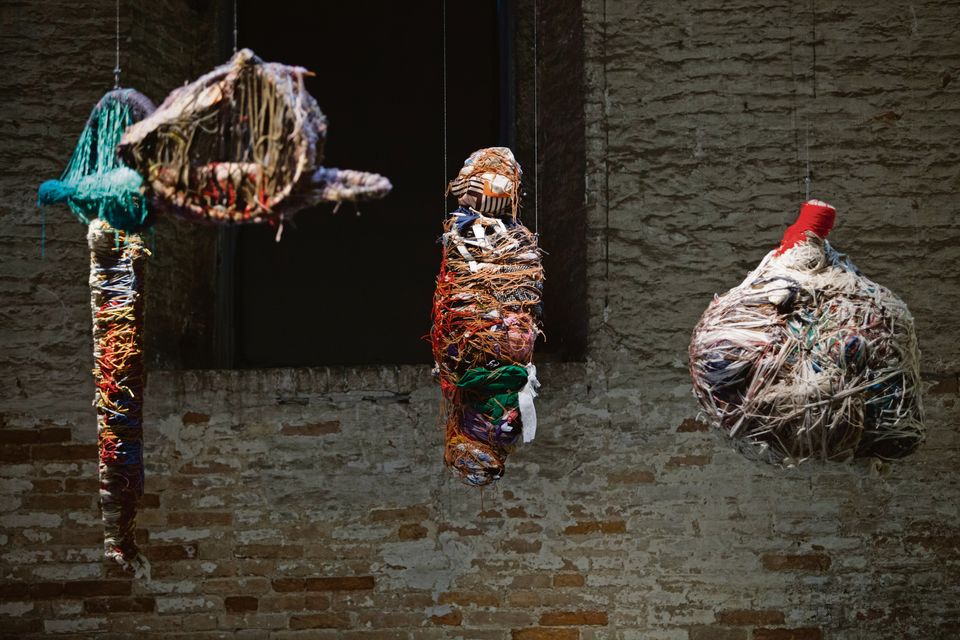 Bucher produced delicate fabric collages, small sculptures in latex and mother of pearl, performance art centred on herself wearing architectural “bodyshells” and even watercolours. But her signature pieces are Raumhäute (room skins)—textiles and latex pressed into walls and across doors to produce a “skin” with the impressions of mouldings and windows and a patina of dust and grime—think Rachel Whiteread’s Ghost meets a Do Ho Suh fabric house. One of her three-dimensional hangings, Untitled (Herrenzimmer) (1977-78) had a central place in Room, a show at Sadie Coles in London earlier this year.

Macel says she came across the work of the Canadian Inuit artist in the archives of the Brooklyn Museum. Pootoogook grew up in Nunavut, Canada, inside the Arctic Circle. In the 1950s he came into contact with the artist and children’s author James Houston, who became an advocate for Inuit art, and from whom he learned printmaking. Pootoogook’s work drew on Inuit traditions and he was a passionate advocate for their preservation. He was a founding member of the West Baffin Co-operative, which, among other things, campaigns to save Inuktitut, an Inuit language.

Marwan Kassab-Bachi left Syria in his early 20s for Berlin to study under Hann Trier, and it is easy to see the influence of German Expressionism and Surrealism in his powerful oil paintings. Although he occasionally painted landscapes, his chief interest was the human face, which he rendered as shuddering, dissolving masses. He would often layer portrait upon portrait to create what he would call “face landscapes”, explaining once that he “painted souls”. He was a critic of human rights abuses in Syria, Palestine and Iraq. He had a major exhibition in Sharjah in 2014, organised by the Barjeel Art Foundation. 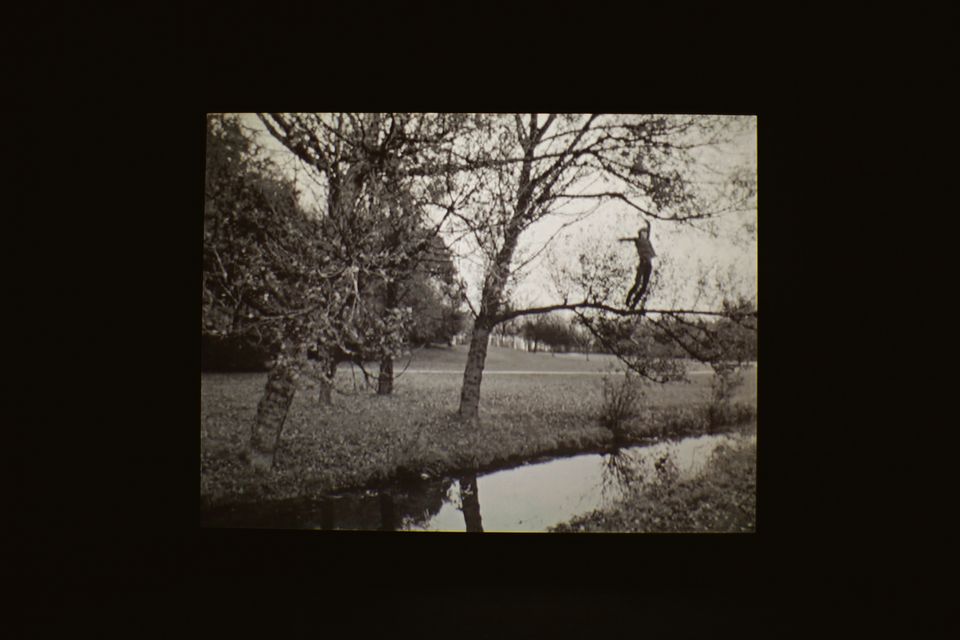 Ader produced 35 groups of works in his short career, from 1969 to 1975, when he went missing in the North Atlantic. The conceptual film-maker was working on what would have been the second of a trilogy of works “in search of the miraculous”; it is still unclear whether he drowned accidentally or committed suicide. He is best known for his “falling” films and I’m too sad to tell you (1971), in which he weeps uncontrollably for three minutes. His work is funny, melancholic and often moving, and continues to inspire other artists and curators. There have been nine solo museum exhibitions of his work since 2000.