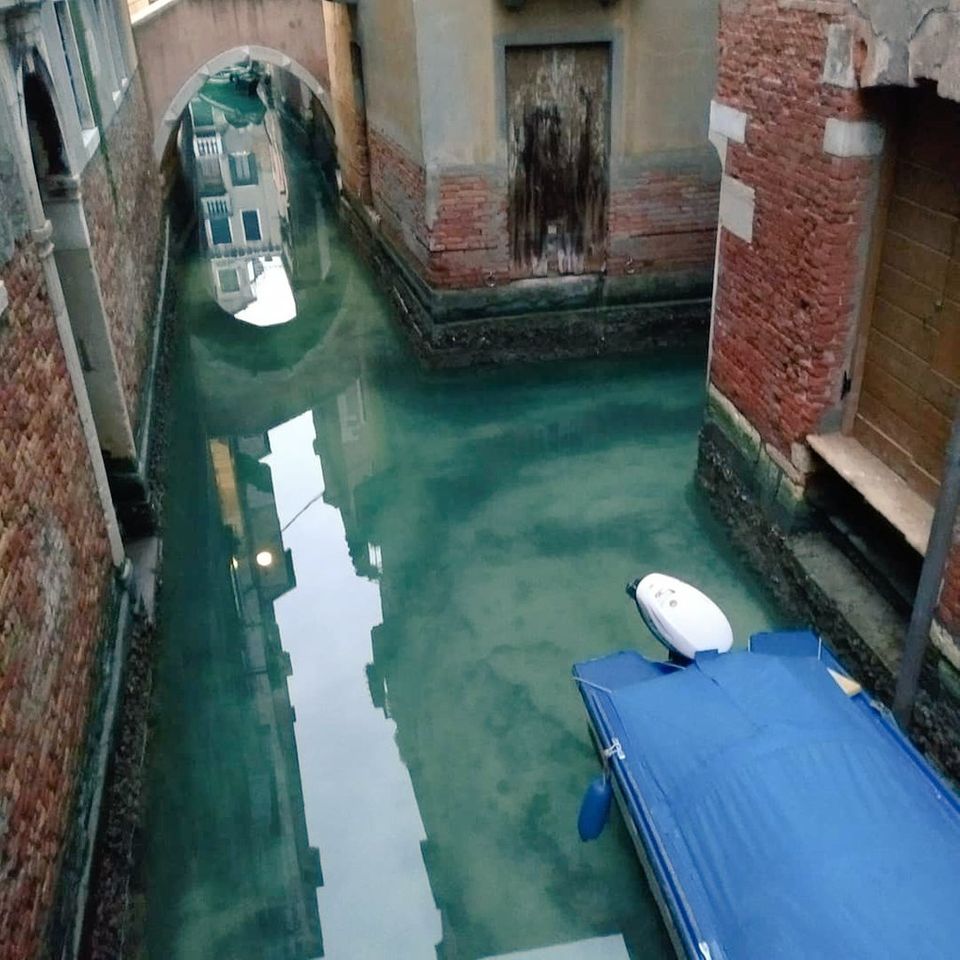 As Italy's death toll due to coronavirus surpasses 1,800 people, with anxious citizens in lockdown nationwide, the city of Venice may be reaping one benefit from the lack of tourism, closure of museums and postponement of the Venice Architecture Biennale: its canals and the Piazza San Marco appear to be looking cleaner.

According to a Facebook page and Twitter account, both called Venezia Pulita/Clean Venice, the city, whose heritage has been severely impacted by rising water levels due to mass tourism and pollution, is observing the return of more wildlife.

Numerous Venetians have been posting photos of fish swimming in clearer water and of migrating birds, generating thousands of likes by the online community. Venezia Pulita's Facebook page has over 5,300 members.

“Incredible images of the Rio dei Ferali, behind San Marco Square, [which is] usually murky. Nature reclaims its spaces,” reads the caption to one video, showing dozens of small fish swimming in transparent water. One commentator remarked how “stupendous” the city is looking.

Photographs of a large fish swimming in a small canal and of swans gliding through waterways have been posted too, along with more birds than usual perched on steps descending from homes. The lagoon near the Arsenale, where the Venice Biennale is held, looks bright blue.

Highlighting the paradox of residents sequestered at home taking photos of the cleaner city from their windows, one commentator wrote: “When we are out of all of this, and maybe the clear water of the fish, you will miss the silence.”