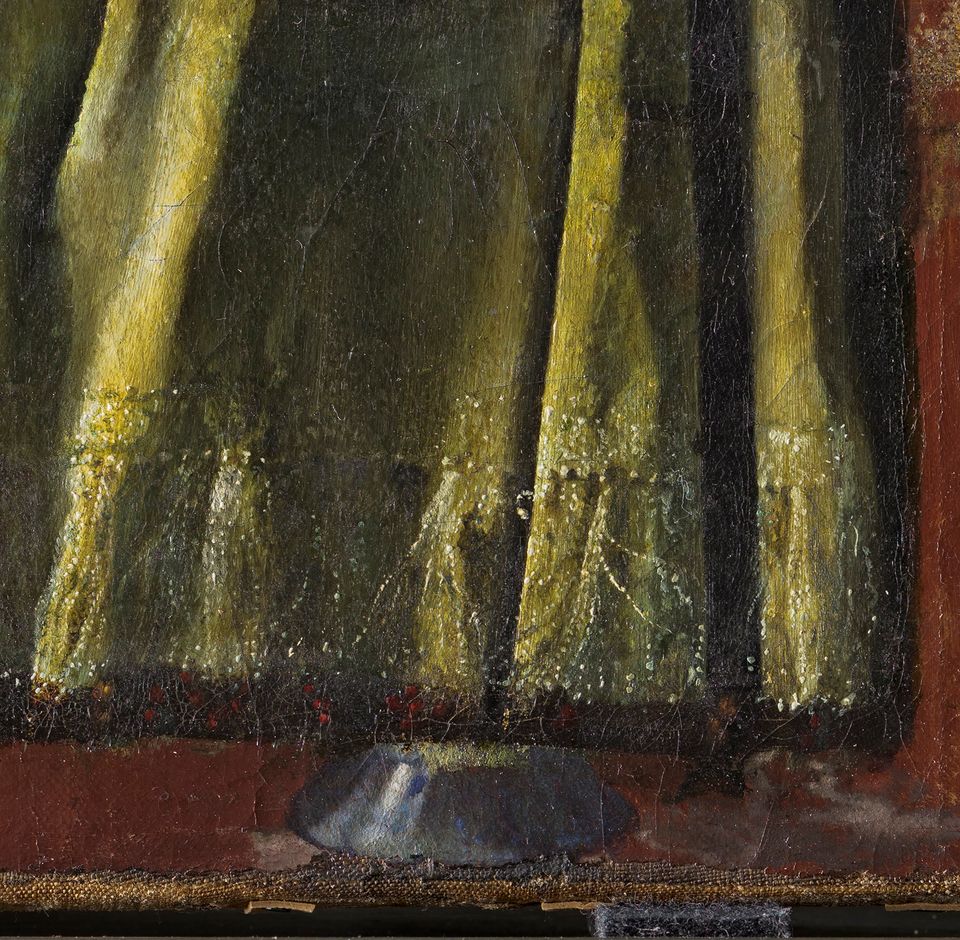 A mysterious wine glass has been uncovered in Vermeer’s Girl reading a Letter at an Open Window at Dresden’s Gemäldegalerie. The 1657-59 painting goes on display tomorrow after a major restoration project, which has involved removal of later overpaint to reveal a picture of Cupid hanging on the back wall.

During the restoration the lower part of a Dutch roemer (a large, studded wine glass) was also found at the very bottom of the composition, towards the right. After removal of overpaint the rounded shape of the base of the glass can be seen in dark blue-grey, with white highlights as it catches the light.

Nearly all the roemer was hidden by a green curtain, added by Vermeer himself while he was working on the composition—but the base of the glass remained. The base was later disguised with 18th-century overpaint, which has now been painstakingly removed. 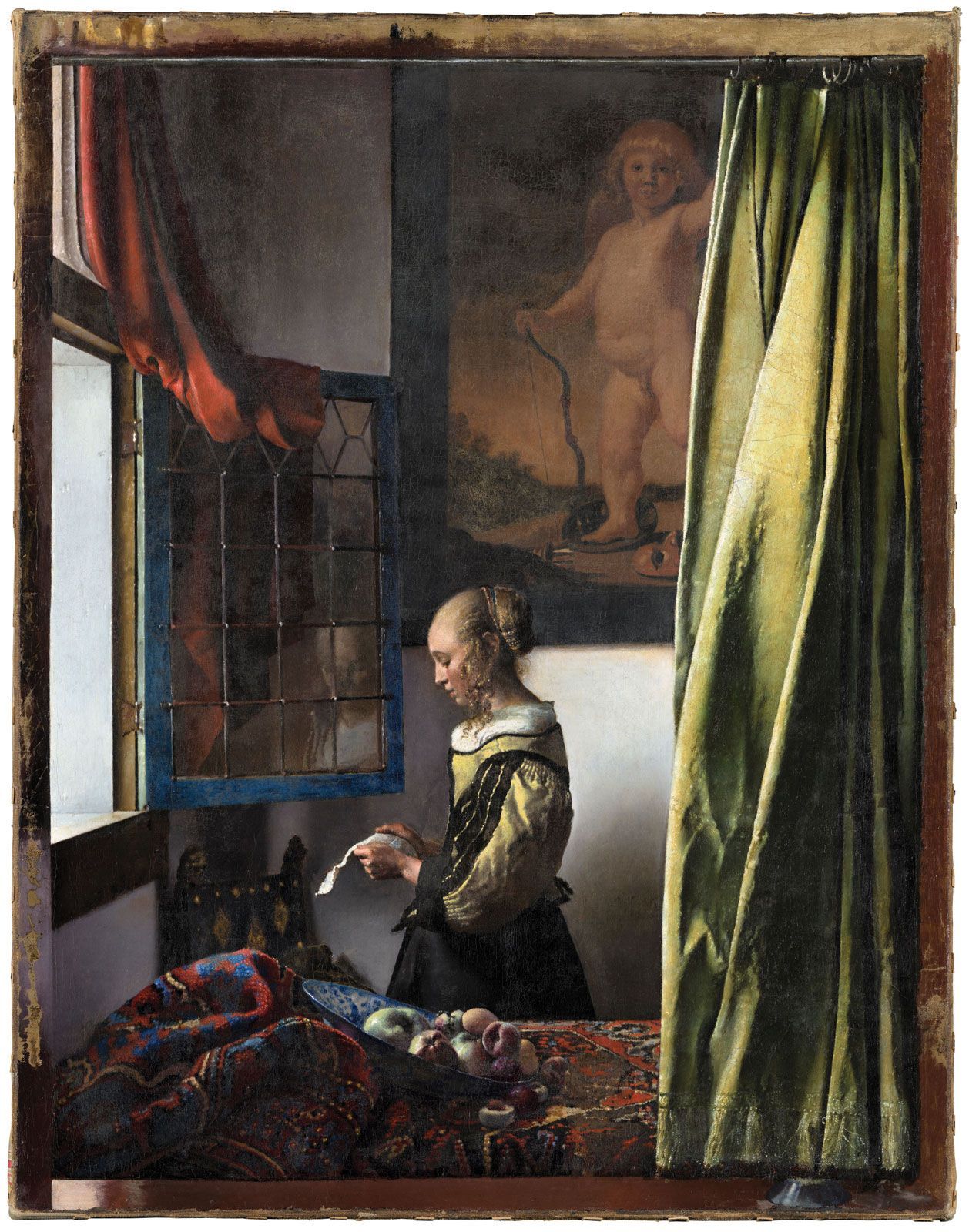 The full glass, which would have been 18cm high, is visible in x-radiographs. Conservators can even make out a trailing vine tendril decoration and see the level of the wine.

Vermeer may originally have wanted the glass to appear to rest on a balustrade, teetering in front of the viewer. He might also have originally framed the canvas so that the wine glass would seem to stand on the actual wood of a plain frame.

It is even possible that Vermeer intended the framed painting to be hung in an interior to give the trompe-l’oeil impression that it was an opening in the wall. This would have provided a fictive view into an adjacent room in which the woman reading a letter could be observed. Or maybe the roemer is nothing to do with Girl reading a Letter at an Open Window, but is simply the remains of a discarded earlier composition, whose canvas the artist later reused.

But whatever Vermeer’s original intention, he apparently changed his mind, painting over nearly all the wine glass with the curtain. His decision is obviously being respected and the curtain has been left. But the discovery of the hidden roemer represents yet another puzzle to be solved about this most enigmatic of artists.