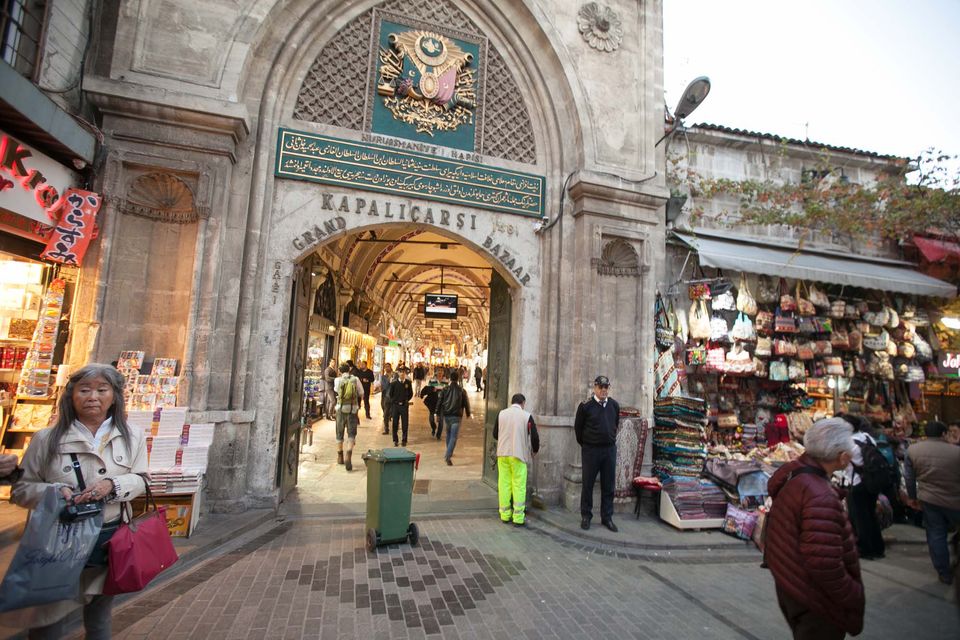 A long-running restoration project at Istanbul’s 15th-century Grand Bazaar is on hold after the coronavirus pandemic forced the historic monument to close to visitors, one of the lengthiest shutdowns in the souk’s 559-year history.

The sprawling covered market, situated on the city’s World Heritage List-inscribed historic peninsula, has been undergoing an estimated $19m refurbishment since 2016 to protect the site against earthquakes and water damage, as well as to undo previous shoddy renovations.

Repairs to the 39,000 sq. m ceramic-tile roof finished in mid-2019, a year-and-a-half behind schedule. A tender for work on the outer edifice and portions of the interior planned for this spring has now been postponed, says Gultekin Kaya, an adviser to the bazaar’s management board.

The bazaar, like heritage sites across much of the world, shut its eight main gates on 23 March as the government imposed partial stay-at-home orders to contain the fast-spreading contagion, which has claimed around 2,100 lives and infected more than 90,000 others since reaching Turkey less than a month ago.

No date has been set to reopen, though Kaya says he expects it to coincide with the resumption of international flights, which, for now, is scheduled for 20 May in Turkey.

The warren of vaulted passageways housing 2,500 shops and ateliers is the country’s most-visited tourist destination. The departure of its 20,000 craftsmen, shopkeepers and other staff has already put the ancient bazaar’s security at risk: late last month thieves broke in through the roof and robbed a goldsmith, eluding police but abandoning their loot.

This stoppage will be the storeyed souk’s longest in living memory. Fires in the 17th and 18th centuries forced it to shut, and, more recently, a 1999 earthquake that killed more than 17,000 people interrupted business for less than a week.

Restoration work took place at night to allow the bazaar to remain open. The next phase will repair the outer walls and the interior’s arched ceilings and 60-odd streets, Kaya says.

“Once completed, the bazaar will become more like a museum. It has survived other calamities, and the hope is that with the modifications we’re making, it will be around for another half-millennium,” Kaya says.

Some repairs are urgent as structural issues have emerged over the years when shop owners knocked down walls and supporting columns to expand their spaces. Earlier projections for the 10-year restoration targeted $75m in expenditures, but a wider economic slowdown in Turkey and a decline in tourism revenue impacted the budget.

One of the world’s oldest and largest marketplaces, the Grand Bazaar houses dealers who hawk everything from souvenir baubles to rare carpets, antiques and art, and it is the symbolic heart of the nation’s commercial activity. Centuries-old gold and money exchanges continue at low volumes on the site’s periphery, Kaya says. Newspapers reported that the price of gold, Turks’ favoured safe-harbour investment, has spiked amid a scarcity of the previous metal caused by the closure of the bazaar.

The fallout from the coronavirus comes on the heels of a difficult half-decade for the Grand Bazaar. An estimated 1,000 shops have closed since 2015, as terrorist attacks, economic shocks and political turmoil—including a failed military coup—frightened tourists away from Turkey. Last year, the Grand Bazaar drew an estimated 45 million visitors, less than a third of its peak a decade ago.

A jeweller who has worked at the bazaar for more than a half-century and declined to be named says it is impossible to calculate the impact coronavirus will have on its fortunes. “It’s the first time in its 600 years the bazaar has faced something like this," he says. "It was always the last place to close. It’s only love for my craft that will bring me back."