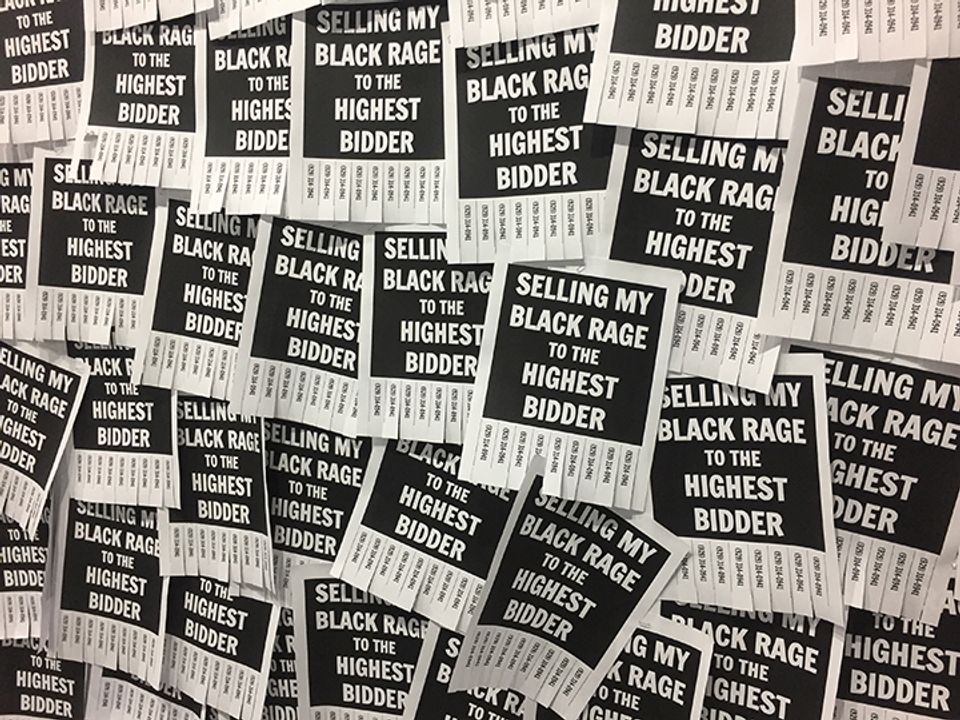 A stone’s throw from the Armory Show, the Volta New York fair at Pier 90 (7-11 March) aims to appeal to a younger demographic. The eleventh edition features 85 international galleries, non-profits and artist-run spaces, including 31 first-time exhibitors. Some past dealers like Marc Straus, Ryan Lee and Shin Gallery of New York have “graduated” to the adjacent Armory Show this year (also owned by Vornado Realty Trust), which is “always excellent news, as it both confirms our eye for emerging talent and [allows] us to invite fresh positions”, the fair’s artistic director, Amanda Coulson, who launched the Basel-born fair in New York in 2008, told The Art Newspaper.

Judging by the cross section of contemporary works on view in the solo-format booths, themes of environmentalism, immigration and how both are affected by US policy are urgent issues on artists’ minds. Among the highlights, the San Juan-born artist Rafael Vargas Bernard, presented by REM Project of San Juan, Puerto Rico, has created a series of sonic mixed-media sculptures made using rubble the artist collected on-site in the aftermath of Hurricane Maria. The pieces, priced from $3,000 to $7,000, emit muffled sounds of wreckage that viewers can listen to with headphones, and critiques localised corruption and the breakdown of US aid after the natural disaster.

Thorny questions of who benefits from immigration to the US are tackled at Pan American Projects of Miami, showing a series of carved wooden sculptures by the Cuban artist Abel Barroso. Works like Embassy Game (2017), on offer for $3,500, highlight the “power play” of successful immigrant communities. Included in collections like the Museum of Modern Art (MoMA) and the Whitney Museum of American Art, Barroso’s “works are personal but translate globally, especially to current Cuban and American audiences”, says the dealer Alejandro Machado.

Garis and Hahn, of Los Angeles, is offering a series of three recent large-scale digital prints by the Brooklyn-based photographer Felix R. Cid that, at first glance, appear to be a single aerial photograph but actually comprise several amalgamated images that inflate the scale of recent demonstrations (the 2017 Women’s March, protests on Donald Trump’s immigration ban, a gay pride parade) and gatherings in the US. The works, ranging from $18,500 to $20,000, critique the age of “alternative facts” and social media, which has the power to distort truth.

The curated section of the fair, called The Aesthetics of Matter, organised by the artists Mickalene Thomas and Racquel Chevremont, also features works with a strong sociopolitical bent. Mixed-media works made of juxtaposing industrial pieces by the artist Christie Neptune, presented by Rubber Factory of New York, comment on white supremacy and racial difference, while an entire wall of tear-off flyers, by the Brooklyn-based artist Kameelah Janan Rasheed, represented by the Newark-based non-profit Project for an Empty Space, read “Selling My Black Rage to the Highest Bidder”. 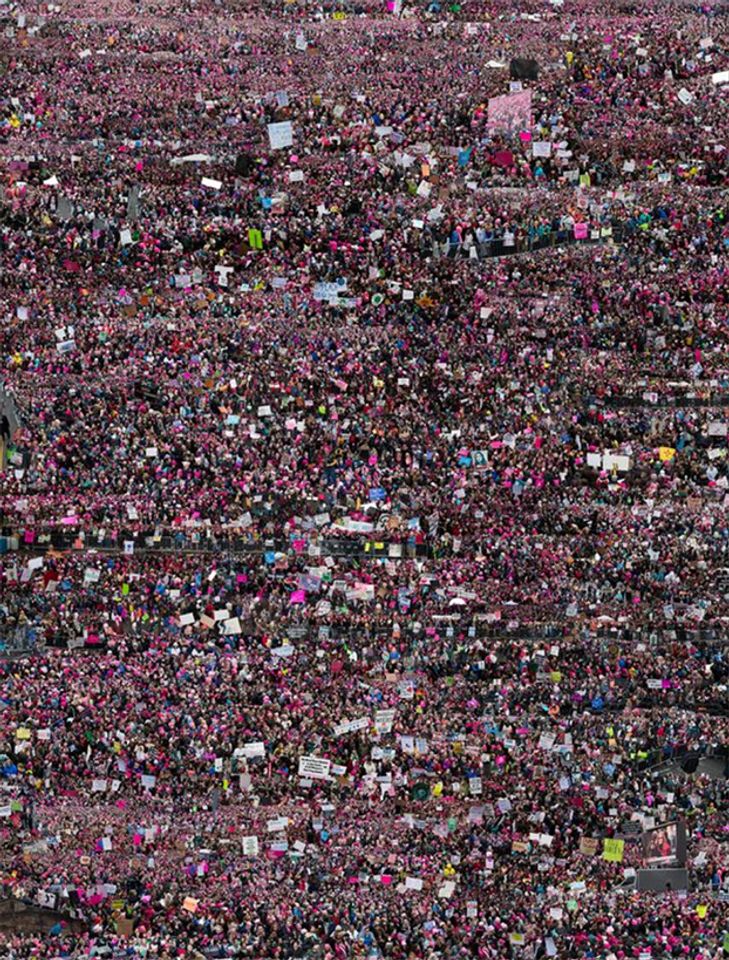 A digitally composed photograph by Felix R. Cid, on show with Garis and Hahn Courtesy of the gallery

This year, the fair introduced the Baha Mar Art Prize in collaboration with The Current, a gallery at the Baha Mar resort in Nassau which is spearheaded by John Cox of the Popopstudios International Centre for Contemporary Art, a four-time Volta exhibitor (Coulson serves as director of the Bahamas' National Gallery of Art). The first recipient, who will receive a six- to eight-week residency at the resort, is the artist Kim Schoenstadt, represented by Chimento Contemporary of Los Angeles, whose Volta project, Exercise in Perspective #3, invites fairgoers to help create a web of crisscrossing strings in the booth. In Nassau, Schoenstadt will continue her investigation into the relationship of architecture to context by looking at Bahamian government buildings, which will then be inducted to The Current’s permanent collection of more than 2,000 contemporary works of art.