Painting is the only surviving contemporary image of the monarch 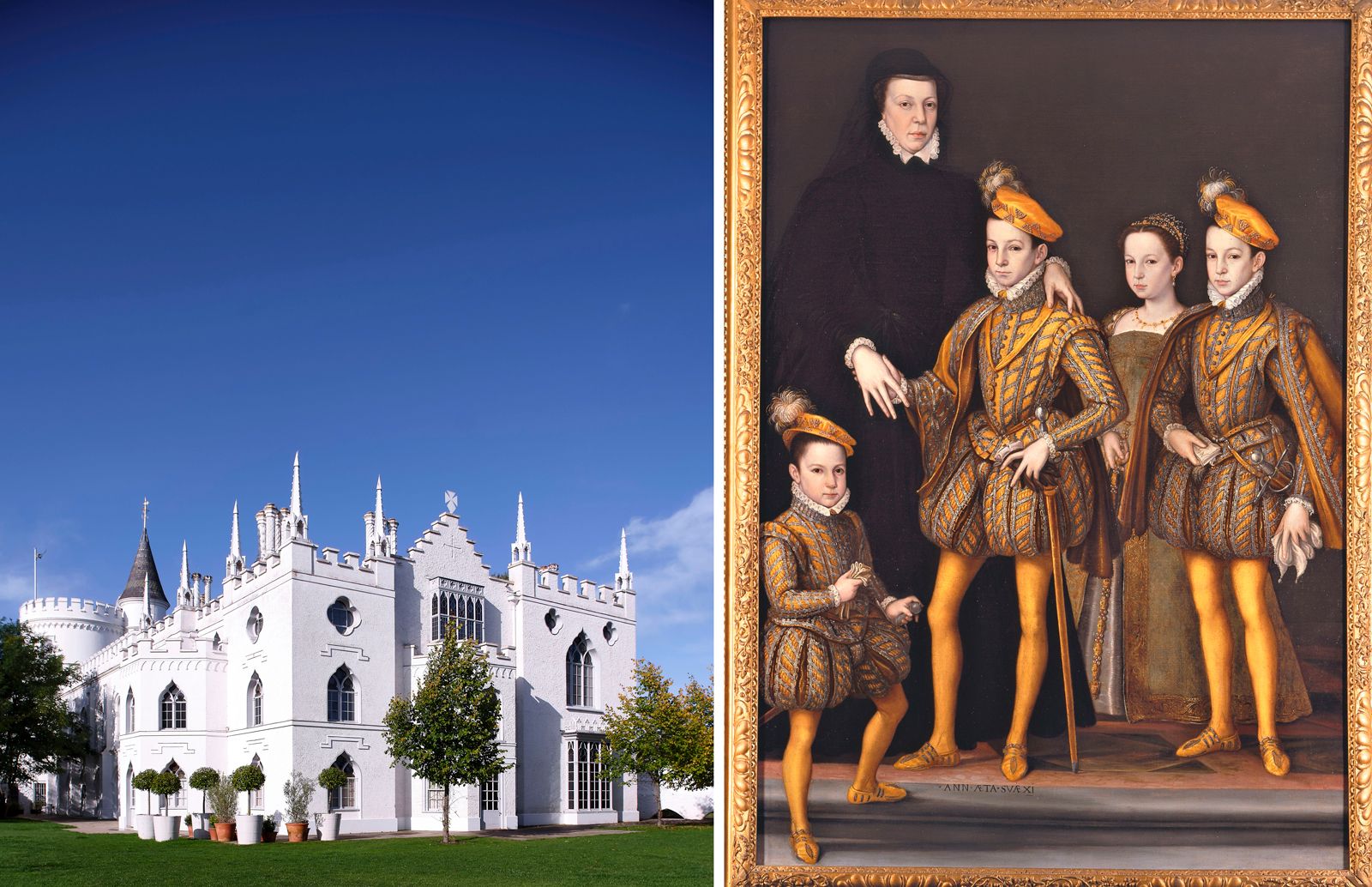 The portrait of Catherine de Medici with her children, made in the workshop of Francois Clouet, has returned to Horace Walpole's Strawberry Hill after being auction almost two centuries ago © Kilian O'Sullivan

One of Horace Walpole’s treasures has returned to Strawberry Hill, his fantasy miniature Medieval palace on the banks of the Thames in West London, almost two centuries after the writer and collector’s possessions were scattered in an auction so spectacular that charabanc excursions were organised from central London for bidders and the merely curious.

The portrait of Catherine de Medici with four of her ten children, made in 1561 in the workshop of the French court painter Francois Clouet, is the only surviving contemporary image of one of the most powerful women in Europe. By the date of the painting she was effectively the monarch, as regent for her son Charles—the boy king encircled by her arm—after the death of her husband Henry II of France. The children would be the last of the Valois dynasty, succeeded by the Bourbons in 1589.

Walpole, intensely interested in aristocratic dynasties and the Medici in particular—he had considered writing a history of the family, and acquired a mass of research material—bought the painting for £25 in 1774 from a Mr Byde, though how such an important picture came to be in England is still unknown. It has now been accepted in lieu of £1m in taxes from the last private owners, under a scheme administered by the Arts Council, and allocated to its former home in Strawberry Hill house. 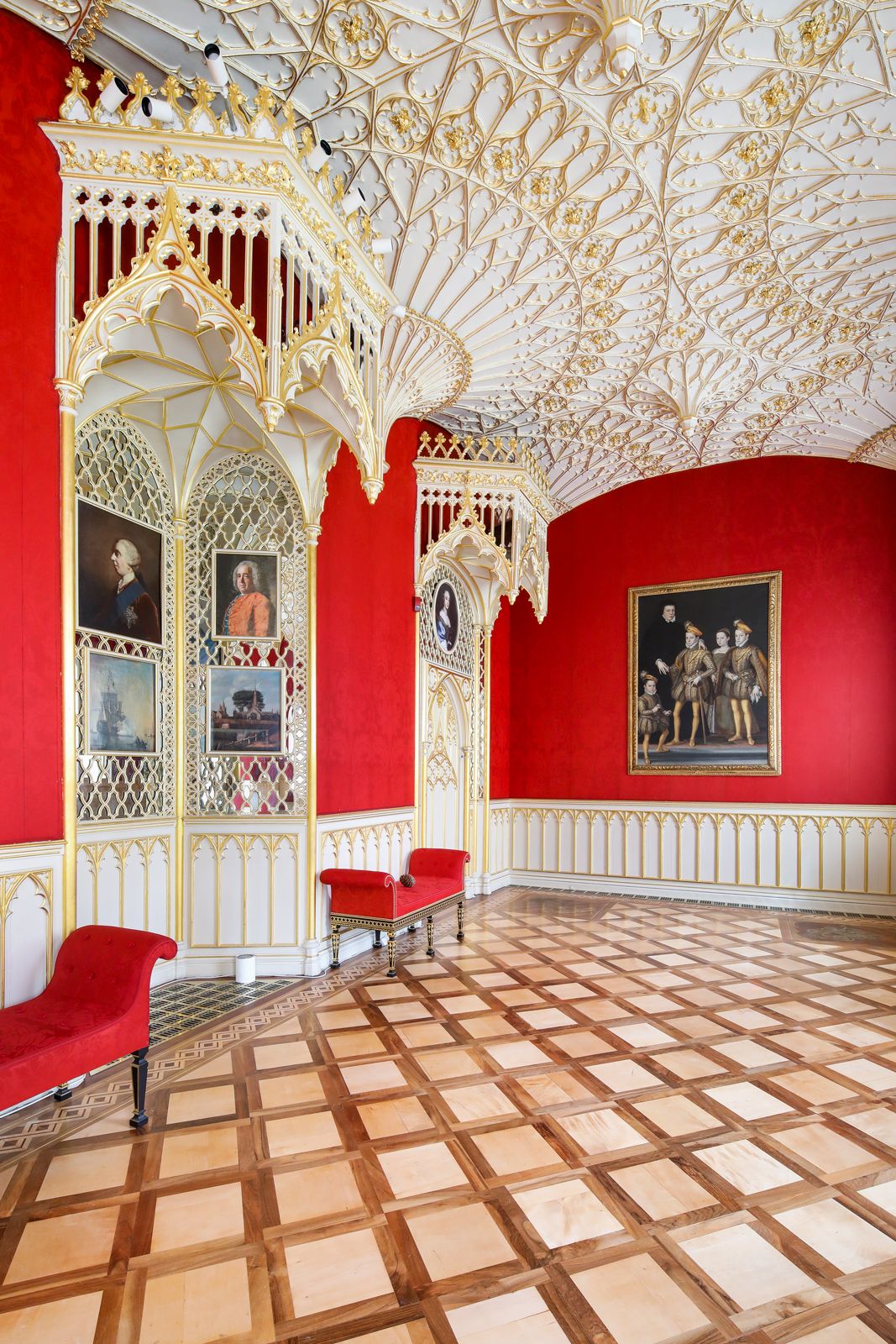 The portrait of Catherine de Medici with her four children in situ Photo: © Matt Chung

As younger son of the first prime minister Robert Walpole, Walpole spent a fortune on art on behalf of his father, and collected more modestly but with genius on his own behalf. Although many of his treasures were not quite what he hoped—he did not own the ivory comb of Saint Bertha, the gilded armour of Francis I, or Cardinal Wolsey’s hat, though he boasted of their authenticity—his genuine treasures included a magnificent library, spectacular stained glass, and paintings by Rubens, Van Dyck, Joshua Reynolds, and Peter Lely.

His treasures filled the extraordinary house he created, the origin of the term Strawberry Hill gothic, a wild conversion of a modest red brick cottage into a fantasy of the middle ages, with fireplaces, book cases and ceilings modelled on the tombs of saints and kings. It was so famous and visited in its day that Walpole grumbled, "I keep an inn at the sign of the gothic castle”. 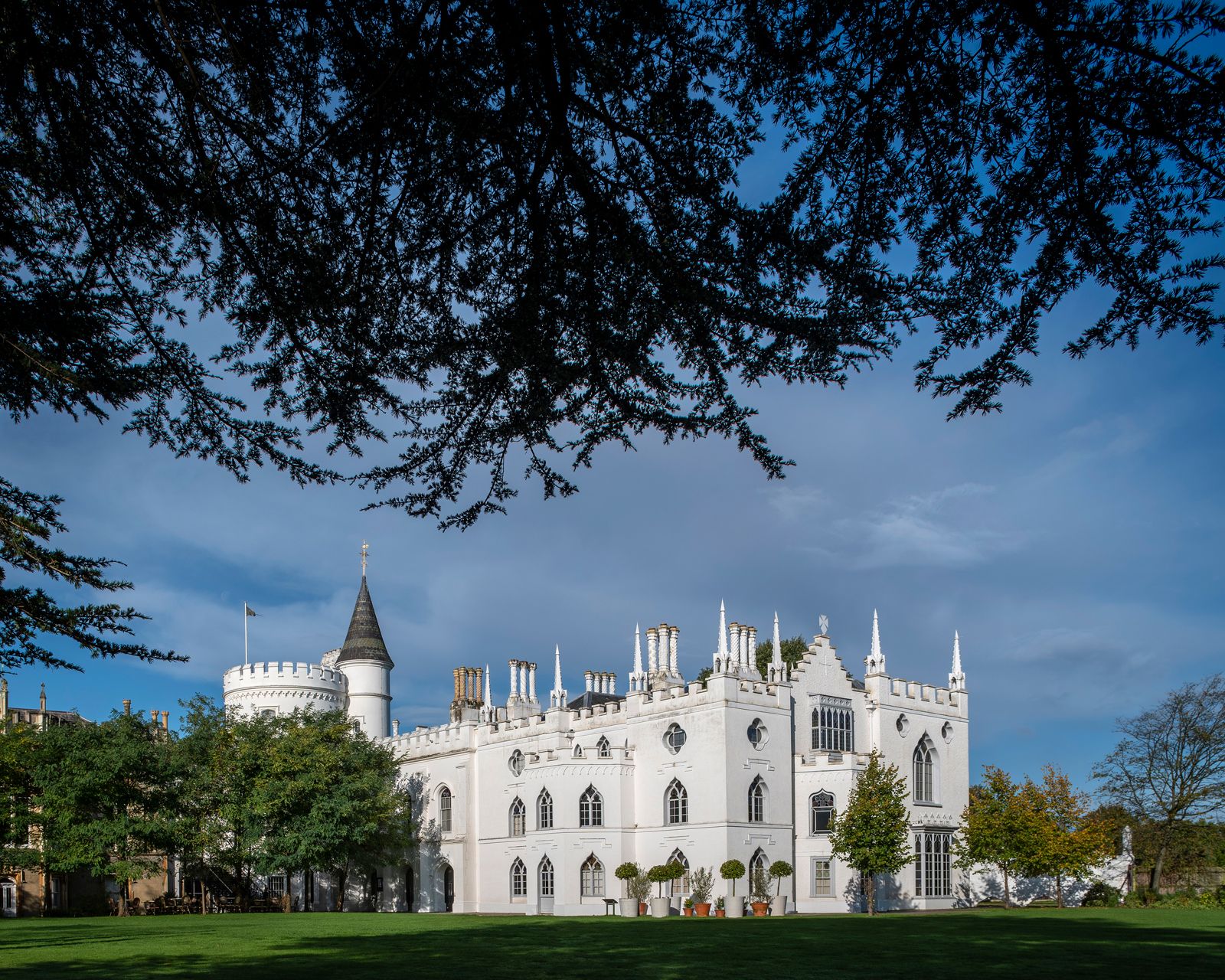 Though he had devoted friends by the score, corresponding in thousands of the wittiest letters of the 18th century, he never married and his sex life was a riddle in his day and since. The house and contents were left in 1797 to his niece and passed by marriage to spendthrift members of the Waldegrave family, described by the present Lord Waldegrave in 2010 as "absolute gangsters”. The entire collection was scattered in the 1842 auction which lasted a month, and in which the house was stripped down to the door knobs. After being listed among the 100 most endangered heritage sites in the world, the house was restored as a museum in 2010.

The painting has only been on public display on a handful of occasions since Walpole's death, but will now be on permanent view in the long gallery, once lined floor to fan vaulted ceiling with Walpole’s paintings, after the house reopens on 17 May.