Want a piece of a former Met curator's collection? It'll cost less than you think

Seeing what kind of art curators choose to live with is like finding out where chefs go to dinner. They may not make the obvious or fashionable choice, but they usually have a good reason.

Next month, Christie’s is due to sell works from the eclectic collection of Everett Fahy, the former curator of European paintings at the Metropolitan Museum of Art and the former director of the Frick Collection in New York. The 46 paintings, works on paper and objects will lead Christie’s Old Masters sale on 26 October in New York.

Some of the works, which span the 14th to the 20th centuries, were gifts Fahy received from famous friends. The socialite Brooke Astor gave him a Chinese carved jade disc from the late 19th century (est $1,000-$1,500). The sale’s top lot is a fragment of an early 14th-century panel painting of Saint Peter attributed to the Circle of Duccio Di Buoninsegna (est $150,000-$250,000). The tempera and gold painting was one of several gifts from Sir John Pope-Hennessy, Fahy’s mentor and predecessor as chairman of European paintings at the Met. 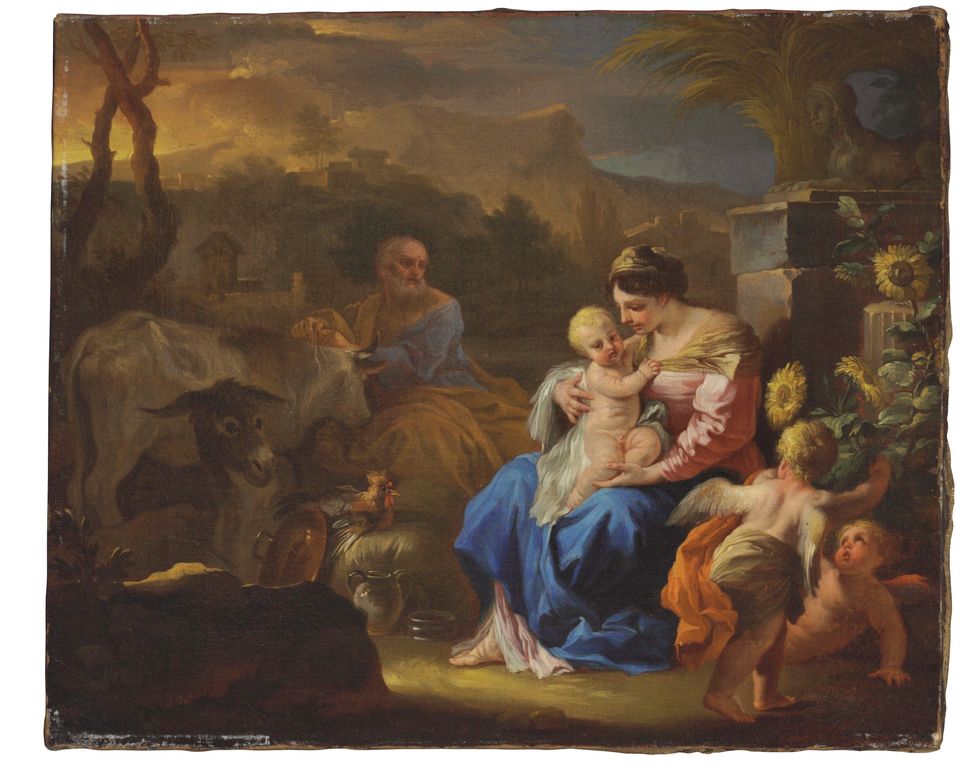 All told, the collection is expected to make $353,800 to $554,400. Some small sculptures and drawings carry estimates as low as $400. Specialists hope that the modest price points and eclectic mix of objects will appeal to collectors in town for the first New York edition of the European Fine Art Fair (Tefaf) (22-26 October). Fahy “has listed a significant portion of the collection with no reserve, so it’s an opportunity to have wildly low prices achieved for really amazing things,” says the specialist Emma Kronman.

Fahy worked as a consultant to the Christie’s Old Masters department after he left the Met in 2009. He lived with his collection in a Mark Hampton-designed apartment on New York’s Upper West Side until recently, when ill health caused him to downsize and move closer to his family.

As a consultant, Fahy would often rely on his extensive, immaculately organised archive to find unpublished research on Old Master paintings that had turned up at the auction house. “The records he managed to establish over decades of scholarship are staggering,” Kronman says. (Fahy has promised the archive to the Fondazione Federico Zeri in Bologna.) “He would look at something and say, ‘I believe I saw that picture in 1985, let me go and check the folder.’ And there it would be with all kinds of information you could never get from a library.”

• Previews for the Fahy collection will be held at Christie’s Rockefeller Center showroom from 21 October-25 October.