The Swiss artist is seeking sponsors this week at Frieze New York for his new project Terminal, which involves burying a Boeing 727 jetliner in the California desert 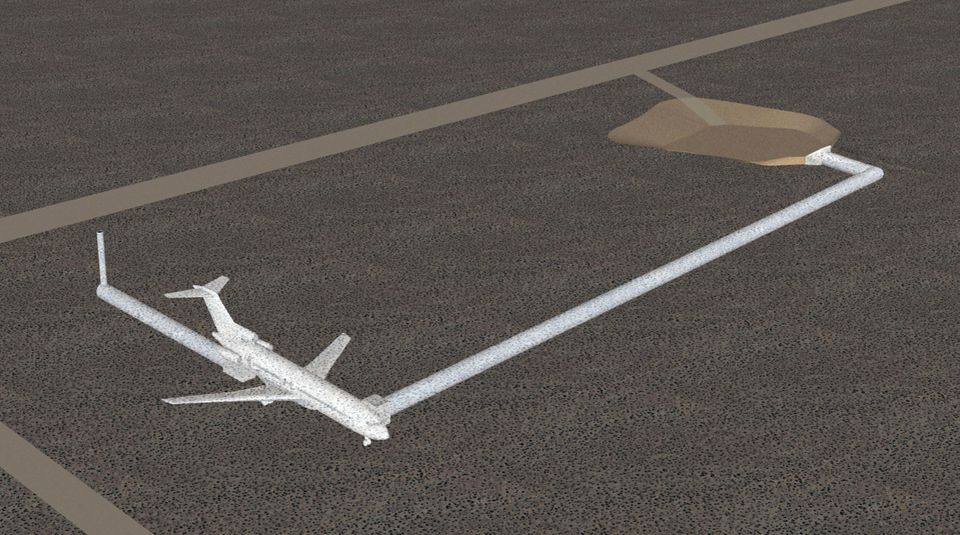 ﻿The Swiss artist Christoph Büchel is seeking sponsors this week at Frieze New York for his major new land art project, Terminal, which involves burying a decommissioned 153-foot-long Boeing 727 jetliner (right) in the California desert. The production costs for the ambitious subterranean scheme are around $1.5m. Visitors will be able to access the plane, which is due to be installed in the Mojave Desert in Kern County, via a corrugated-steel mine shaft, and will be able to use one of the toilets on board. Soil will be visible through the windows, but there will be no signs of the aircraft above ground.

The artist hopes to start constructing the piece later this year, and a spokesman for Büchel’s gallery, Hauser & Wirth (B6), says that negotiations with local institutions over the management of the site are under way.

Büchel is making his presence felt at Frieze with two works in the sculpture park: Shoe Tree, 2008/2012, and 1%, 2012. The latter consists of six trolleys bought from six homeless people in New York for between $350 and $500. “We plan to sell them for 100 times more than we paid for them,” says the spokesman, explaining that the piece addresses issues such as the distribution of wealth.