What are the limits of Art Basel’s Unlimited?

Sector has raised the bar for large works, but price and size do not always match 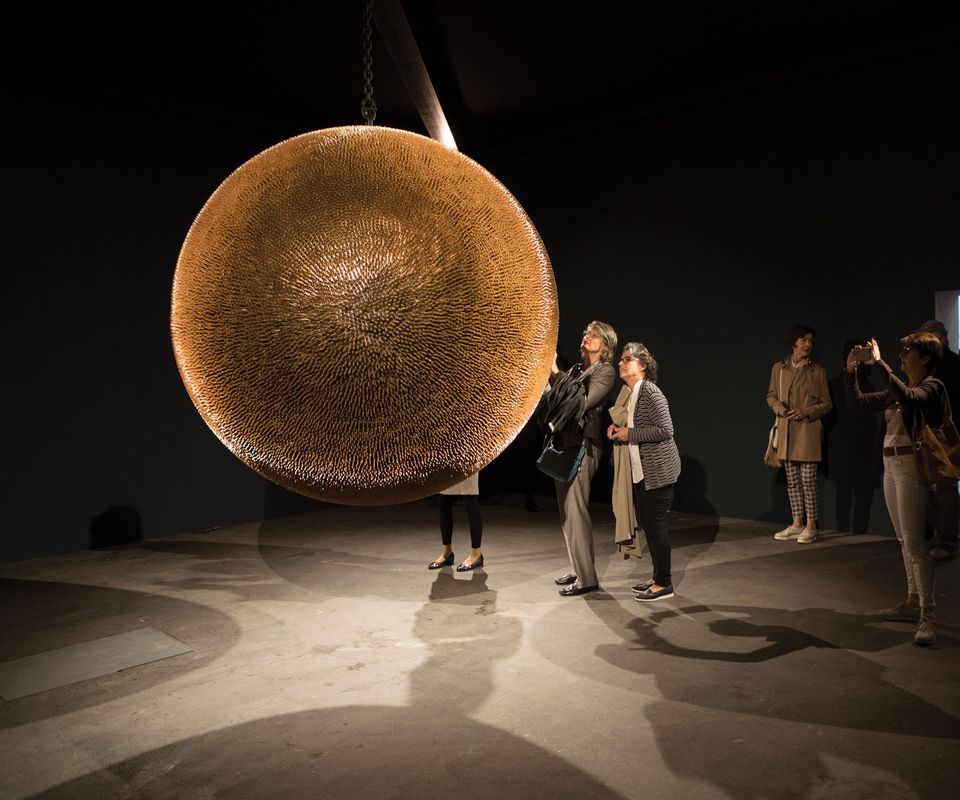 Art Basel’s introduction of the Unlimited sector for large-scale works in 2000 was cannily prescient, foreseeing a global explosion of private museums hungry for large-scale anchor works. But nearly 20 years on, can a concept plugging the gap between the commercial and the curatorial worlds satisfy both aims? And how can it be kept fresh?

Unlimited’s move to the first floor this year attracted inevitable speculation (the space is currently occupied by another event). But, although the ceiling is slightly lower and there are 72 presentations compared with 76 in 2017, the footprint remains the same.

“It doesn’t have the status of a museum, but it tries to create a similar, more considered context for works,” says Gianni Jetzer, Unlimited’s curator. Jetzer compares the selection process to “a board game with many participants, the most important being the galleries who make a proposal”. They are selected by a committee of six galleries, with Jetzer casting a deciding vote for those on a “maybe” list. “I have a very different role as a curator; I also work for a museum [the Hirshhorn Museum and Sculpture Garden, Washington, DC], and the two roles are not to be compared,” he says. What is shown one year, Jetzer says, “triggers the quality” of the next.

“Unlimited is a good concept and meets a demand,” says the collector Alain Servais. “In the beginning it was very powerful, as the quality of the art was very high.” But, he says, with “an influx of new money into the arts and low connoisseurship” today, Unlimited finds itself “full of brand names, but the quality is perhaps not primary”. He makes a distinction between “commercial value versus cultural value—the two are very different.”

An Unlimited presentation adds SFr20,000 ($20,000) to the cost of a stand in the main fair, but large works do not necessarily mean big bucks. There is often an inverse relationship between size and price, as the more difficult to display and store a work is, the fewer potential buyers there are. As blue-chip art is increasingly traded as a financial asset, paintings by bankable artists are easier to sell on swiftly. Large works are trickier, as illustrated in 2013 when Charles Saatchi sold off 50 large sculptures at Christie’s, London: without estimates or reserves, many works sold for less than Saatchi paid for them.

As such, there is a price disparity between the Unlimited and blue-chip paintings in the main fair. The most expensive works sold in the main fair by Wednesday afternoon were two paintings by Joan Mitchell, both priced around $14m at Lévy Gorvy and Hauser & Wirth. In Unlimited, the highest value sales so far are Robert Longo’s Death Star II (2017-18)—a sphere of bullets addressing gun violence—sold to a European museum by Galerie Thaddaeus Ropac for $1.5m, and Carol Bove’s five-tonne steel sculpture Egg (2018), sold by David Zwirner gallery to a private US collector, also for $1.5m. “Unlimited provides a space for works between the commercial context and a museum show,” says Branwen Jones, director of David Zwirner. 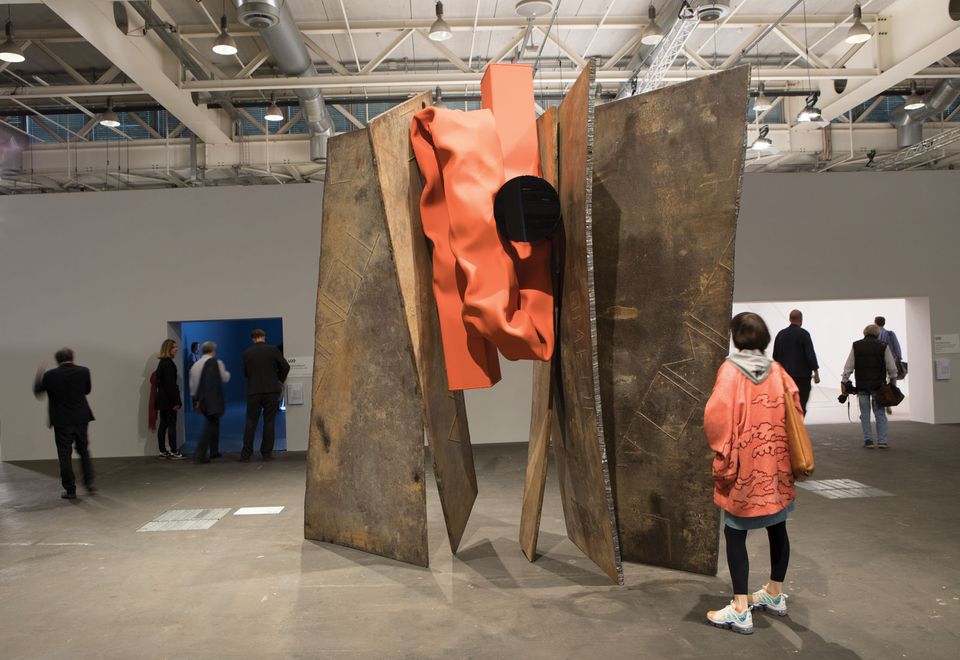 Galleries often help with the production costs of large-scale works, destined for both fairs and for biennals. “With Carol’s work we helped her with production costs and sourcing scrap metal,” Jones says. The gallery also supported Bove’s presentation for the Swiss Pavilion at last year’s Venice Biennale. Similarly, Lisson Gallery will sometimes fund large-scale works for Unlimited says Greg Hilty, the gallery’s curatorial director. “Unlimited is comparable in scale and ambition to a biennial,” he says. “But, of course, it is commercial, and it is a bit more democratic in its curatorial approach, more catholic in taste.”

Hilty adds that artists “tend to be thrilled to be shown [in Unlimited]”. The South African photographer Mikhael Subotzky, concurs: “As an artist, Unlimited makes Art Basel the only fair worth visiting.” His collaborative work with Patrick Waterhouse, Ponte City (2008-14), is shown in Unlimited this year, but when Subotzky’s film Moses and Griffiths (2012) was shown in Unlimited in 2014, he says, “it led to my selection for the 2015 Venice Biennale because the curator first saw my work here.”

Other artists have also gone from Unlimited to biennial. Shwetal Patel, of the Kochi-Muziris Biennale, says that the Polish artist Alicja Kwade was selected for the Indian biennial in 2016 on the merits of her work at Unlimited in 2016.

Unlimited also revisits the biennial back catalogues. Among the works included this year are Wolfgang Laib’s installation You will go somewhere else (1997-2005) and Lygia Pape’s installation Ttéia 1, B (2000/2018), shown at the Venice Biennale in 1997 and 2009 respectively.

Cecilia Alemani, the director and chief curator of High Line Art, New York, and the artistic director of Art Basel Cities Buenos Aires 2018, thinks Unlimited provides a platform for works that “might be hard to exhibit in conventional venues”. She mentions the Romanian artist Ana Lupas, “who had a small presentation at Tate Modern in London but here can bring a monumental work [not previously exhibited] and get great exposure”.

Curatorial approval aside, with its large number of interactive works, Unlimited is a crowd pleaser: around 95,000 people visited last year. As Alain Servais says: “It is a public playground now, but it’s an expensive exercise for galleries. It has been a great brand-building investment for the fair and galleries, but is it still necessarily commercial for the galleries or the fair?”