What comes after the bailout for Greece’s art world?

As the country’s economy moves towards recovery, we asked art figures to reflect on the crisis and look towards the future 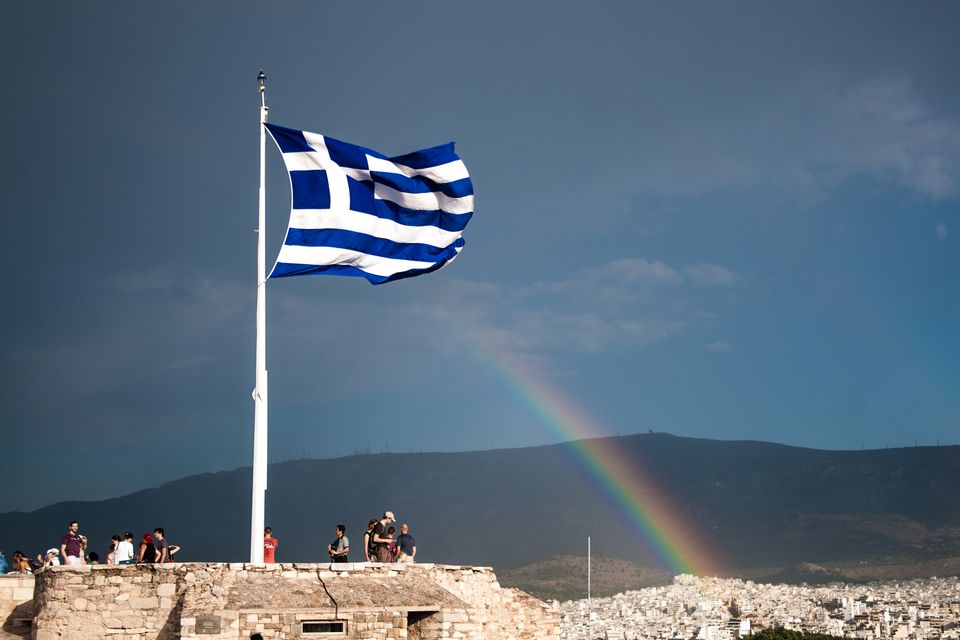 Since Greece officially ended its decade-long economic bailout this summer, its government has been tentatively moving forward with plans to ease austerity measures on its citizens. A recently unveiled budget plan for 2019 should create a 3.5% surplus of gross domestic product, according to the International Monetary Fund, although this might not be enough to cover the €3.5 billion in handouts that Prime Minister Alexis Tsipras announced last month. As the country pulls itself out of the shadow of the economic collapse, we asked figures from Greece’s art world to reflect on the economic crisis and its effect on the arts, and to look towards the future.

“The Greek economic crisis has probably been one of the longest in the Western world since the end of the Second World War. The collapse was total during the first four or five years. Small and middle-sized collections disappeared, galleries closed or operated with limited programmes. Surprisingly, at the same time Greece being in the news created interest in the art world for all things ‘Greek’. For example, Adam Szymczyk had the idea to bring Documenta to Athens, last year. That did not necessarily bring in business at the start, but it created a positive energy and hope during a very dark moment in the country.

Undoubtedly, there is a momentum which hopefully will continue, now that the outlook seems better. We hope that the collectors will become active locally as the economic situation in Greece improves. In the past ten years, our gallery and the artists we represent have been ‘surviving’ by our activities abroad and our participation at international fairs such as Art Basel, The Armory Show in New York, Expo Chicago, Miart, Art Dubai, Frieze Masters in London, Artissima in Turin, etc.

I am generally optimistic for the future, but at the same time worried, because we have been through so much that I somehow fear that if something goes wrong, the fragile positive picture might be shuttered and back to an awful situation of collapse, despair and inactivity.”

“Leading the not yet fully open National Museum of Contemporary Art (EMST) of Greece has definitely not been an easy task. However, during the years of the economic crisis, some important and challenging steps were accomplished. While working on the completion of the new building (in the former Fix brewery), we planned a rich programme that included a wide range of exhibitions and activities, mostly based on co-operations both in Greece and abroad. Despite its very limited budget, EMST launched a new exhibition series titled ‘EMST in the world’ in October 2016, successfully partnering with some of the most prestigious cultural institutions around the world. Since then, the Museum has presented various projects in collaboration with great institutions such as MuHKA (Antwerp), documenta (Kassel), Galleria Nazionale d'Arte Moderna e Contemporanea in (Rome). At present, thanks to the important grant of the Stavros Niarchos Foundation, the museum is taking the next steps (including acquiring technical equipment, finishing construction, and installation of the permanent collection) to be fully operational in 2019.

We couldn’t let the crisis affect us in a negative way; we had to reverse and overturn the situation. More than 2,000,000 visitors attended our various activities worldwide last year (including in Venice and St Petersburg) and confirmed our zest to expand the museum’s scope further. Our next step is to remain extroverted and outgoing in addition to presenting the innovative and original art scene in Athens and elsewhere, with a project planned at the

National Art Museum of China in Beijing in November 2019.”

“The initiation of the Athens Biennale was a direct response to the superficial euphoria that took over Greece during the 2004 Olympic Games. When we founded the biennial, our scope was to help put Athens in the international contemporary cultural map. Now, it has become a hot spot—but with a huge price.

From the start, we saw there was no visible planning [in the government], no reserves, and sensed the coming of an ominous future. The first iteration of the Athens Biennale under the title Destroy Athens took place at the end of 2017, months before the meltdown. Then gradually, the format and content of the biennial changed, mirroring the social effects caused by the crisis. From a large-scale exhibition, it gradually shape-shifted into a participatory event, reflecting the violent transformation that has been taking place for a decade now.

Athens became a social laboratory and researchers, analysts, theorists and artists started getting more and more engaged with it. After the middle class was almost totally wiped out, development started popping-up. Airbnb took over and gentrification has been changing the ethnography of the city and ultimately the re-repositioning of Athens from a place of unrest and non-conformity to a place of opportunities, an Eldorado for touristic development. Culture paved the way, but now it might be forced to step back and become background entertainment.

This October, coinciding with the ending of the decade of the crisis, the 6th Athens Biennale will open with the title “ANTI” contemplating on the era we live in, when reaction has become systemic, has become the establishment. It may have started in Athens, but it’s now global.”