What has sold at Art Basel in Hong Kong? 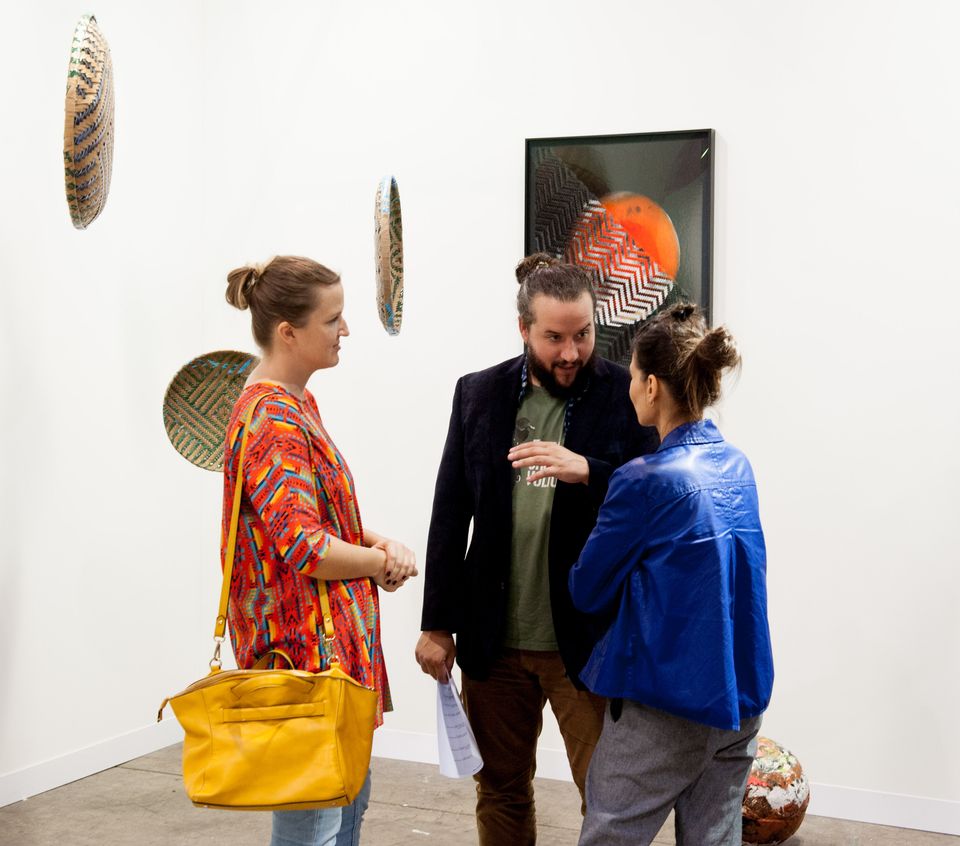 With trade and debt crises threatening to dent the art market in China, dealers were eager to report sales at the opening of Art Basel in Hong Kong on Wednesday. David Kordansky was first out of the block, with an email sent to the press the moment the fair opened announcing that ten works by artists including Rashid Johnson ($210,000), Fred Eversley ($250,000) and Matthew Brannon ($48,000) had found homes.

The early, or possibly premature, sales raise old questions about the process of selling at a fair. Were the works sold beforehand? A spokesman for the gallery said it was a matter of confirming “things that were on hold”.

Online viewing rooms have become an accepted way to sell art ahead of fairs, usually for less expensive items. On 23 March, Gagosian Gallery announced it had sold a painting by the German artist Albert Oehlen two and a half hours after it was unveiled online. The price? A whopping $6m–leap-frogging his auction record of $4.7m.

Other big-ticket works on show at the fair were finding less traction. Among those still available as we went to press included a portrait of Henry Geldzahler painted by David Hockney in 1985 on the stand of Acquavella Galleries (around $15m) and Pablo Picasso’s Femme assise dans un fauteuil (1941) at Luxembourg & Dayan ($19m).

Richard Nagy was still hoping to find buyers for the 40 Egon Schiele works on his stand dedicated to the Austrian expressionist, including one painting priced at $12m. The air does indeed seem thin at the top of the market.

A rush of sales was reported further down the rung, with tapestries, ceramics and other less ostentatious materials proving popular. Two ceramic pieces by the US artist Sam Falls sold in the region of $13,000 to $20,000 at Galleria Franco Noero, while a fabric lithograph book by Louise Bourgeois sold for around $400,000 at Hauser & Wirth (the solo show of the late artist’s work sold out at the gallery’s H Queen’s space). Meanwhile, Annely Juda Fine Art sold an eye-catching tower of television sets created by the video art pioneer Nam June Paik in 1991 for $600,000. One dealer noted more Japanese collectors at the fair this year, while Patrizia Sandretto Re Rebaudengo, Uli Sigg, Don and Mera Rubell, and Christoph and Lani Zimmermann were also spotted on the preview day.

Some dealers’ initial concerns may have been allayed by the early sales, but the relatively low price points suggest challenges ahead. As Art Basel’s global director Marc Spiegler noted at the fair’s press conference on Wednesday: “It is clearly a struggle for many galleries, especially those not working with the market’s current stars. There is disproportionate benefit from the market explosion.”