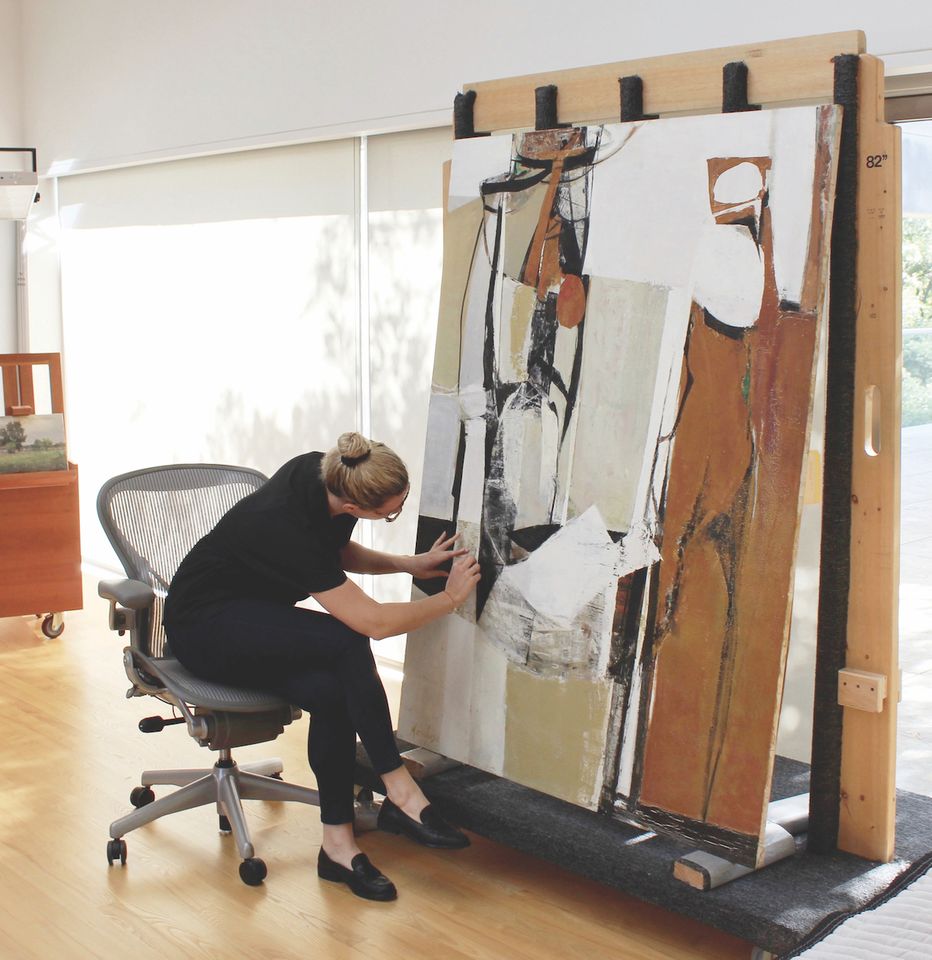 Conservation projects that focus on the pigments of paintings tend to enthral the public, but caring for the canvas itself is just as essential to a work’s survival. That fact was brought home at the recent symposium Conserving Canvas, hosted by Yale University’s Institute for the Preservation of Cultural Heritage and funded by the Getty Foundation.

“In the last two or three decades, we’ve made leaps and bounds of advances in technologies for cleaning paintings. There just hasn’t been as much attention to the structural part,” says Cynthia Schwarz, the senior associate curator of paintings at the Yale University Art Gallery. As a result, the symposium, the first major international forum on the topic in 45 years, drew around 370 experts from more than 25 countries.

Launched last year as a grant programme and managed by Antoine Wilmering, a senior programme officer at the Getty Foundation, Conserving Canvas seeks to ensure that skills and methods are passed on in this crucial area. Wilmering began contacting museum conservators in 2017 to identify common concerns, and learned that skills in the field of canvas restoration were disappearing.

Since the 1980s, conservators have shifted away from the technique of lining—affixing a second fabric support to the back of a painted canvas, which can stabilise a work or repair damage—and opted for less invasive techniques such as tear mending, Wilmering says. Nonetheless, conservators need to understand the technical issues around linings, if only to recognise when they need to be replaced, he says. Using a wax-resin adhesive to attach the lining, which can darken the paint or flatten impasto if poorly executed, has largely been abandoned, but “it’s really important to understand how it was done and why it was done so that we can treat things going into the future”, Schwarz says.

At the symposium, the Spanish conservator Julia Betancor and the Spanish art historian and paintings conservator Ana Calvo highlighted the gradually disappearing Spanish gacha lining technique, introduced in the 17th century, which involves using a paste made with organic materials including animal glue and flour. This type of lining can remain in good condition for up to 300 years, they say, and could be an alternative to synthetic materials, as it is affordable, easily reversible, non-toxic and sustainable.

Sustainability “is always a huge concern in our field”, says Laura Eva Hartman, an associate paintings curator at the Dallas Museum of Art (DMA) who uses both organic and synthetic materials in her work. For example, glue made from sturgeon bladders is a conservation material that Hartman often uses, but sturgeon may be put on endangered species lists, she says. Hartman tries to focus on “using materials that are both good for the environment, and for me”, she says, such as aqueous adhesives.

Hartman’s techniques include thread-by-thread tear-mending promoted by the late German conservator Winfried Heiber. “I love the philosophy of it”, working “on a more focused local perspective instead of treating the whole painting”, she says. This method involves reweaving the canvas under a microscope and retensioning the area so that it looks seamless on the front of the painting. The technique uses small amounts of adhesive and precise tools—including DIY examples that conservators devise for themselves, such as micro-tweezers that can be filed down.

Hartman is currently working on a tear-mending project supported by Conserving Canvas with a conservator from Argentina, Luciana Feld, who is learning the ropes (with canvases bought on eBay) to help repair the Bolivian artist Maria Louisa Pacheco’s painting Stoic Figure (1959). Damaged en route to the DMA in 1959 and never displayed, Stoic Figure is now due to be shown in the museum’s rotating gallery display of works by Modern Latin American artists. 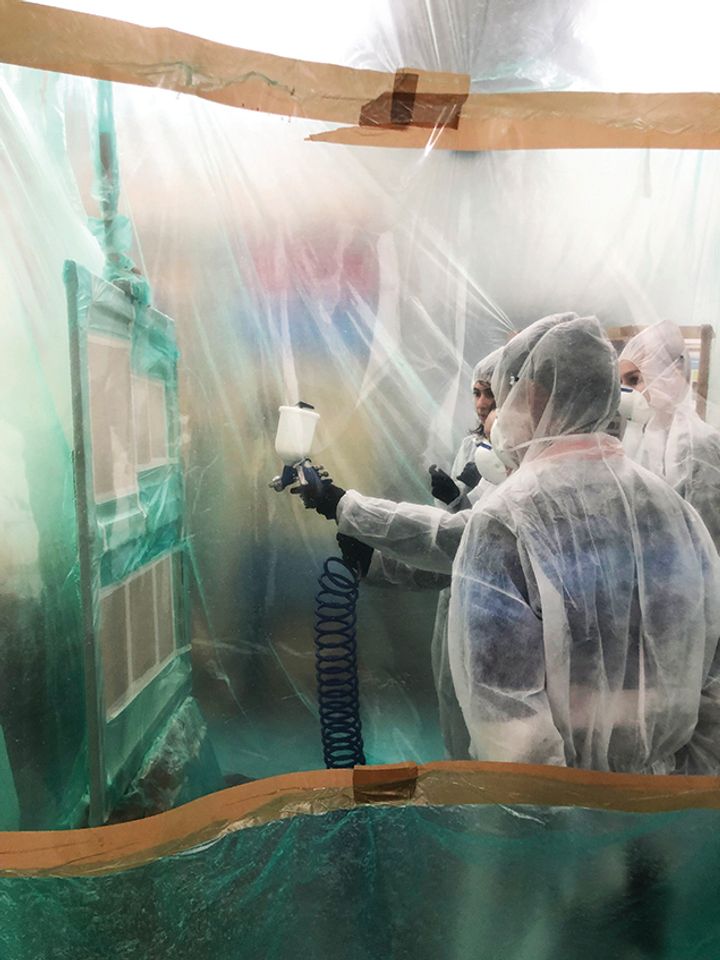 A demonstration of the "mist-lining" technique Courtesy of The J. Paul Getty Trust

Among several other projects so far funded by the Conserving Canvas initiative is a workshop held last March at the Stichting Restauratie Atelier Limburg (SRAL) conservation and research institute in Maastricht to educate conservators on “mist-lining”, an innovative, more reversible lining technique with an acrylic resin spray as the adhesive. It was developed at SRAL in the late 1980s and presented at the symposium by the painting conservator Kate Seymour, the institute’s head of education. Such forums are important for disseminating the technique, which Seymour says has not had the same level of exposure as a method such as tear-mending.

A particularly buzzy recent technology presented to the conservation community for the first time at the symposium is the “Winnie” Consolidation Pen (named after Winfried Heiber), a heated syringe-like tool for precisely applying animal glues during thread-by-thread tear mending. The device is a collaborative effort by the conservator Petra Demuth; a PhD candidate in conservation, Hannah Flock; and Volker Koch of the German manufacturer Star Tec.

Both Cynthia Schwarz and Seymour mentioned the Winnie, which recently went on sale, as a conference highlight. “I was sitting there going, ‘I need to buy this before 400 people do’,” Seymour says.