Contrary to popular belief, it's not all about seven-figure sums

With so much attention on multi-million pound works of art, the art market can feel rather intimidating. But even at top fairs like Frieze London and Frieze Masters, there are less expensive works on offer. This year’s Frieze Artist Award winner Rachel Rose has two works at Allied Editions (FL, B22) including a 12” vinyl record, Palisades (edition of 100), for £100. Buyers here have the satisfaction that they are also benefiting London’s institutions, in this case the Serpentine, where the artist is currently showing (until 8 November). But with a budget of £10,000, we found that there is really quite a lot to play with. 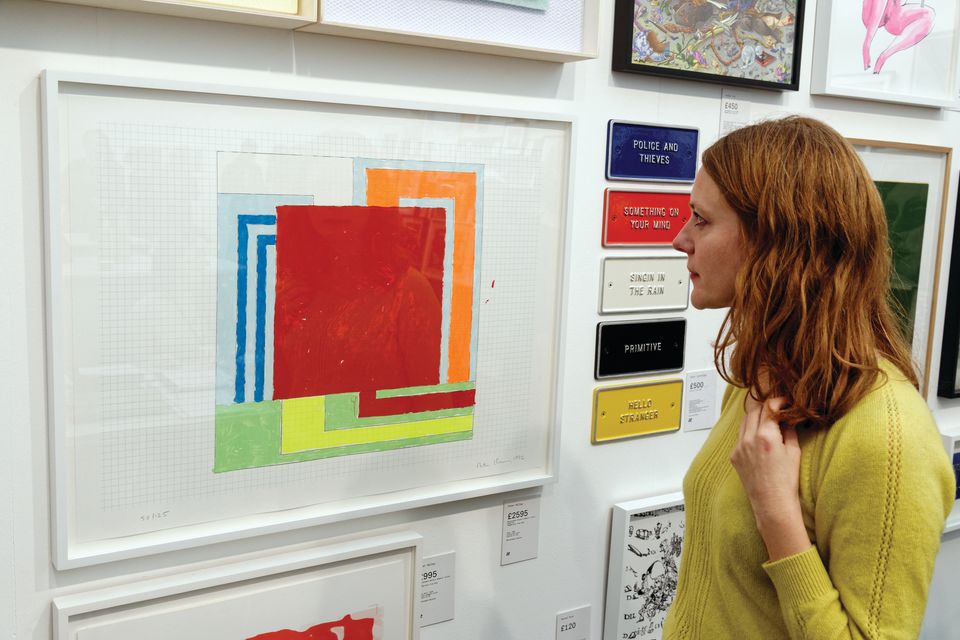 Peter Halley, Zone (1992), edition of 125 (ten donated to the Whitechapel Gallery; this is the only one available)

For those with long memories, this somewhat atypical print on gridded paper by the 1980s Neo-Geo star Peter Halley stands out. Halley is best known for his neon, Minimal-inspired work in 1980s New York, but he is also a well known post-structuralist writer and teacher (he led Yale’s graduate programme in painting and printmaking for a decade). This is unusual because of the painterly quality of the print, achieved by using multiple silkscreens (not the six the colourway suggests). Wolfgang Tillmans, the German-born, London- and Berlin-based artist, is one of the best-known photographers of his generation. He won the Turner Prize in 2000 and was, until last year, an Artist Trustee of the Tate. So it is possibly surprising to be able to get one of his smaller works for less than £10,000. Like many galleries at Frieze, not all the works available are on show, but ask at the desk and there is a small private space at the side of the stand. This work is a relaxed portrait of life in a Brooklyn gay club, using a new camera and ink-jet printing technology that allows Tillmans to capture high definition, colour saturated images without flash. But there is still a touch of the handmade: the extreme edges of the pictures are hand painted to achieve a flawless depth of colour. 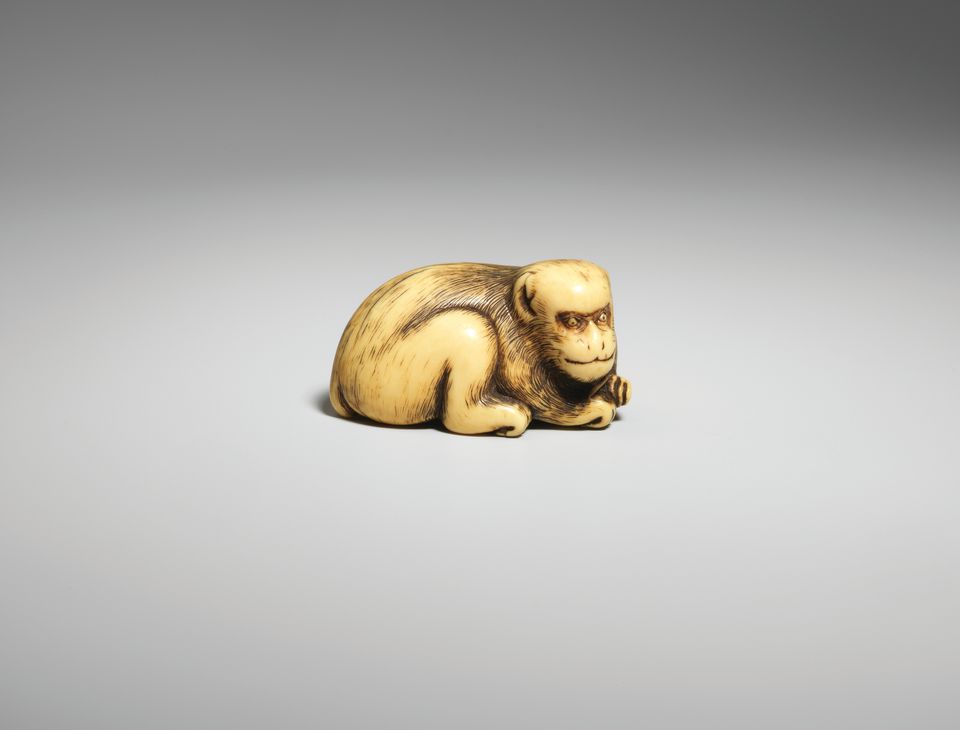 Ivory netsuke of a recumbent monkey, unsigned, Kyoto (around 1720). Photo: Ken Adlard; Courtesy of the gallery

Ivory netsuke of a recumbent monkey (around 1720), unsigned, Kyoto

You can cradle this netsuke monkey in the palm of your hand. Netsukes are a sort of toggle used to attach pouches to traditional Japanese costumes, immortalised in Edmund de Waal’s book The Hare with Amber Eyes. This one is associated with the early Kyoto school, a style of intricate carving practised by artists working in and around the Kyoto area. Animals were a favourite subject. This monkey is handmade and unique—the only downside is it is made of ivory, so cannot be imported into the US because of new wildlife protection laws. 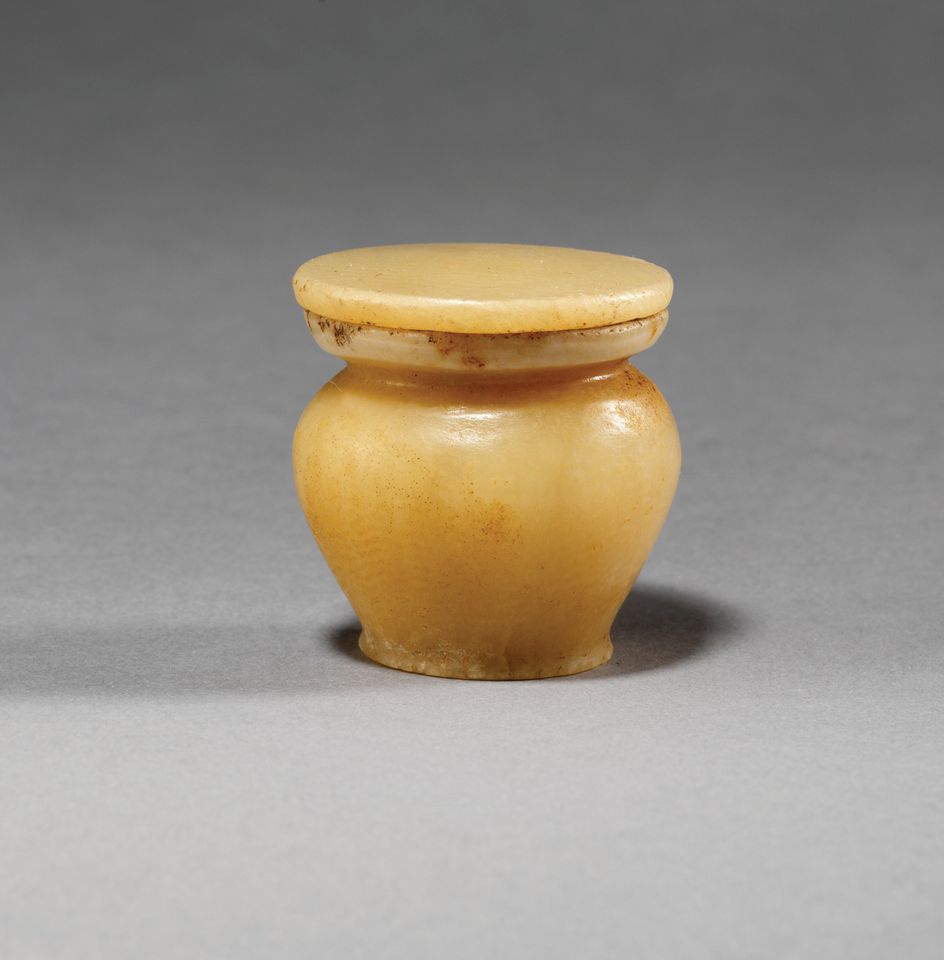 It is hard to believe you can buy a 4,000-year-old Egyptian alabaster jar for less than £4,000—and this elegant relic hides a surprise. Lift the lid (it’s original) and you can see the remains of the kohl that adorned the eyelids of smart Egyptian ladies. The fair is strictly vetted, so as you would expect, this has a strong provenance. It was once owned by Bill and Jeanne Knoop, who were advised by curators from New York’s Metropolitan Museum of Art. 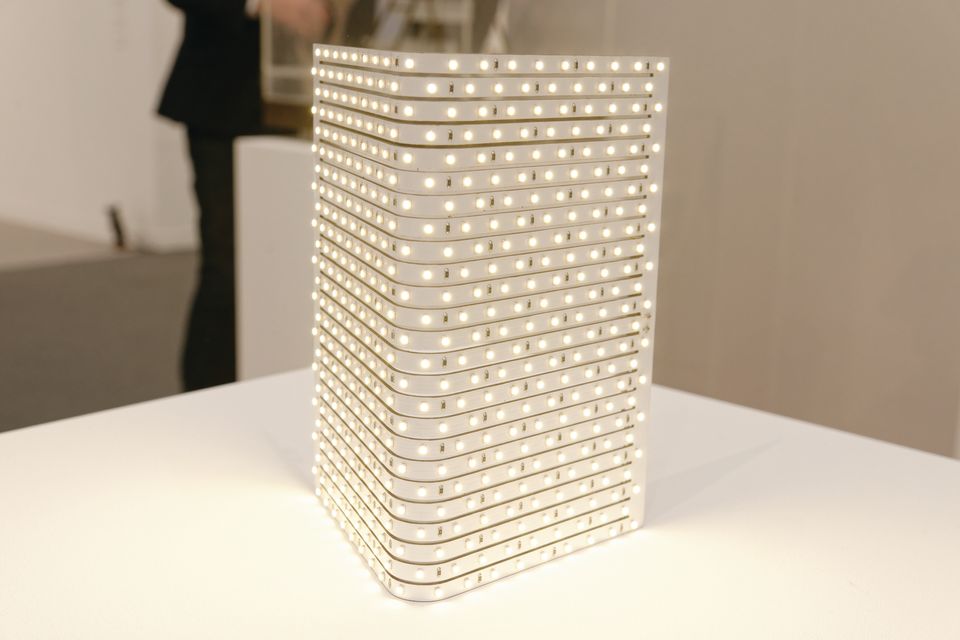 This riveting, table-sized sculpture of brass and LED light strips was originally a mask used in French artist Pierre Huyghe’s acclaimed film The Host and the Cloud (2009/10). Huyghe won the Hugo Boss Prize in 2002 and has had major exhibitions at the Los Angeles County Museum of Art, the Centre Pompidou in Paris and the Art Institute of Chicago. He currently has a site-specific installation on the roof of the Metropolitan Museum in New York. Tom Hunt, a director at Hauser & Wirth, says: “It’s like Richard Serra meets Agnes Martin meets a light artist; it’s a sculpture but it almost functions as a design object.”