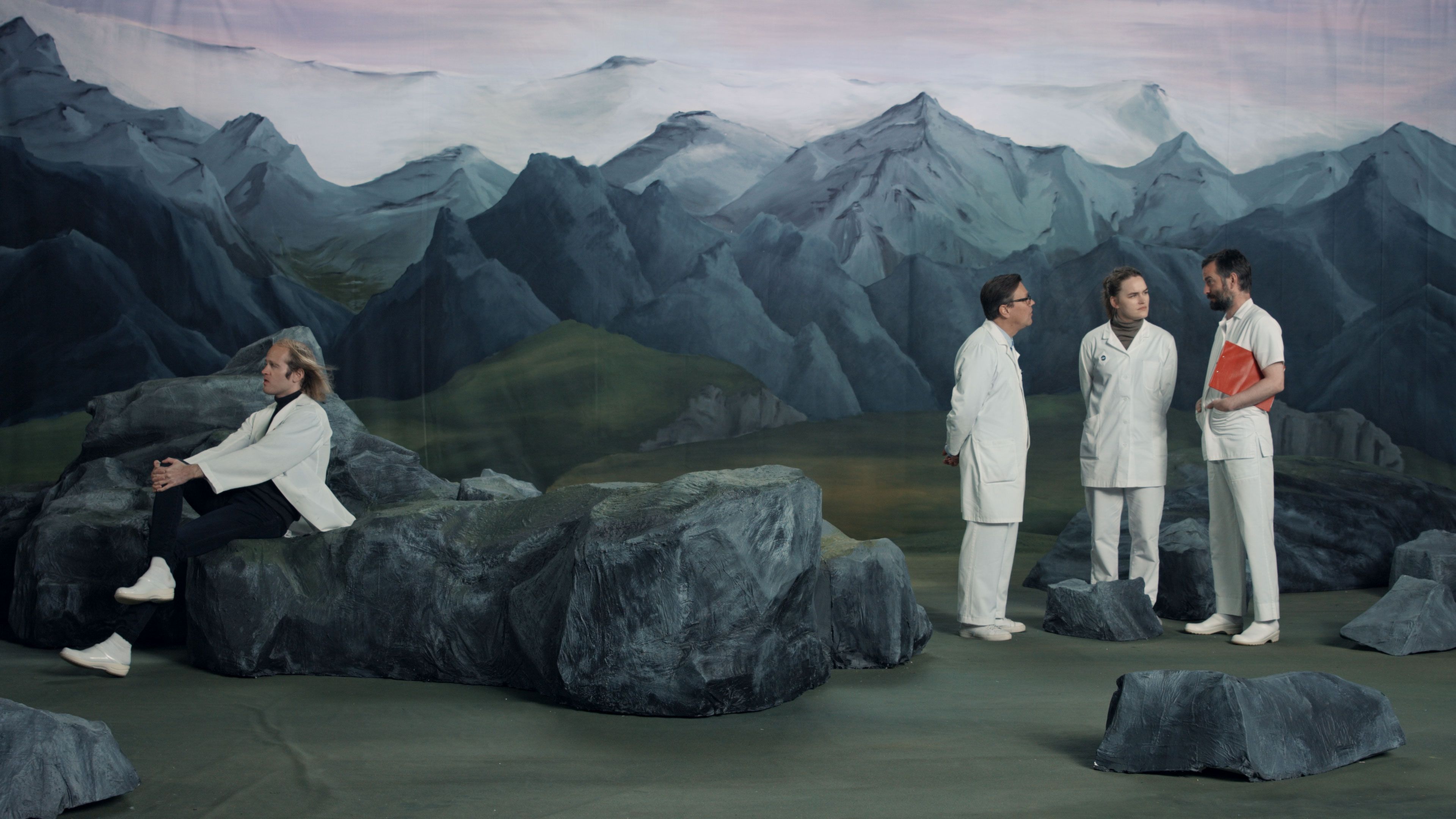 A still from Ragnar Kjartansson's 2018 video Figures in Landscape (Friday), which will be offered at auction by Christie's on 25 March in support of the Healing Arts campaign

The World Health Organization and a coalition of cultural partners will next week launch a “call to action” to galvanise the arts in countering the mental health crisis of isolation, anxiety and bereavement caused by the Covid-19 pandemic.

Known as Healing Arts 2021, the global campaign kicks off with a week of virtual talks and events on 22-26 March in collaboration with University College London, Tate galleries, Italy’s Castello di Rivoli Museum of Contemporary Art, the UK’s newly formed National Centre for Creative Health, the Hospital Rooms charity and the Saudi philanthropic foundation Community Jameel. The Art Newspaper is an official media partner of the Healing Arts London.

The online events series, hosted on The Art Newspaper's YouTube channel, heralds Christie’s post-war and contemporary art day sale on 25 March, including works donated by the artists Martin Creed, Antony Gormley, William Kentridge, Ragnar Kjartansson and Yoshitomo Nara to benefit the Healing Arts initiative. The lots include Nara’s 2020 oilstick envelope drawing Empty Handed, estimated at £70,000 to £100,000 and a 24-hour video from Kjartansson’s 2018 cycle Figures in a Landscape (Friday), with an estimate of £18,000 to £22,000.

Christie’s will continue to offer contemporary works in aid of the campaign at auctions throughout 2021. The funds raised will go towards the WHO Foundation’s grant-making efforts for mental health treatment and recovery, including the applied use of the arts, as well as The Future Is Unwritten artist response fund, which will commission socially engaged art projects that facilitate community wellbeing and healthcare messaging.

On 22 March, the actor and mental health advocate Gillian Anderson will share her own experiences of art’s healing role in conversation with the WHO’s arts and health lead, Christopher Bailey, himself a former actor and theatre director. The WHO’s director-general, Tedros Adhanom Ghebreyesus—who has described mental health as a “core element of our response to, and recovery from, the Covid-19 pandemic”—is due to make a guest appearance.

Further virtual events include a series of “artist house calls” on 23 March, led by The Art Newspaper’s Review editor and podcast host Ben Luke, exploring creative practice during confinement at Kentridge’s arts incubator space in Johannesburg, the Center for the Less Good Idea, as well as the more unlikely settings of London’s Pentonville Prison and a hospital psychiatric unit.

Bailey will convene researchers, policy-makers and healthcare practitioners for two roundtable discussions on 24 March that address the role of the arts in supporting mental health and therapy for people living with dementia.

“Art has a unique ability to help us comfort, confront, contextualise and create community,” says Bailey, who spearheaded the Healing Arts campaign together with the artist and social entrepreneur Stephen Stapleton, the founder of Culturunners. “And when embracing science and evidence as bedrock, art and culture can help us imagine a better way forward to a positive future.”

Tate Britain is to fly a flag titled The Future is Fragile, Handle with Care designed by the environmental art pioneer Agnes Denes to celebrate the fund, which will give artists financial and production support for projects improving mental, social and environmental health in the wake of Covid-19.

The fund’s initial projects set to benefit from the Healing Arts auctions include a partnership with Community Jameel to preserve traditional Iraqi cultural practices among the Yazidi and Marsh Arab communities. Future projects will be determined by a selection committee that includes Heidi Holder, the chair of education at New York’s Metropolitan Museum of Art, and the Antartic Biennale organiser John Blaffer Royall, alongside Bailey, Stapleton, Christov-Bakargiev and Courage.