Who really owns this Schiele watercolour Portrait of the Artist's Wife? 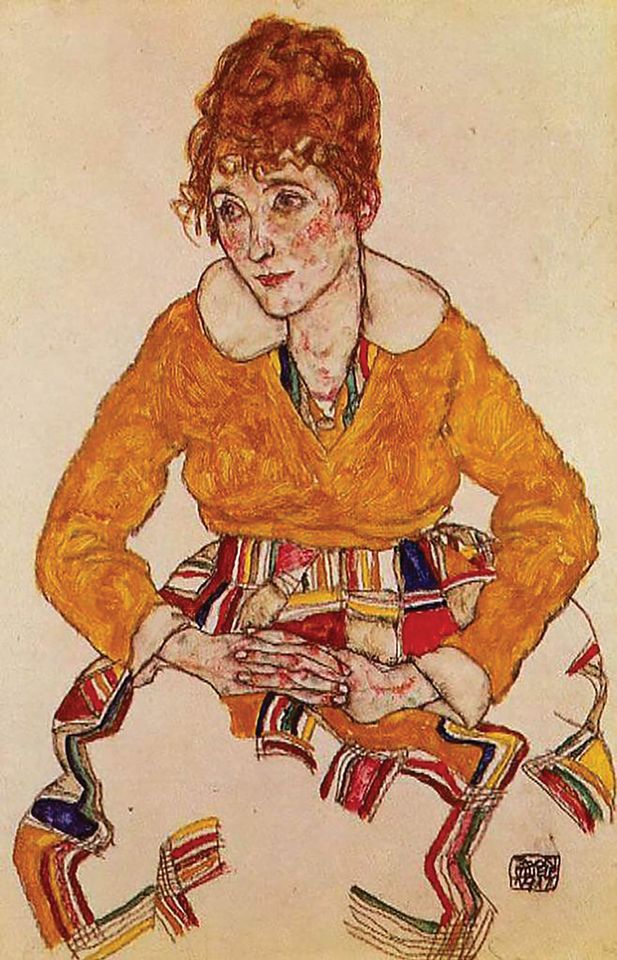 Exhibit A: Egon Schiele, Portrait of the Artist’s Wife (1917)

A legal fight is brewing in New York state over a 1917 watercolour portrait by Egon Schiele of his wife Edith, between the foundation of an heir to a prominent family and the heirs of two Holocaust victims, who both claim their families owned the picture before the Nazi era. Robert “Robin” Owen Lehman, a film-maker of Jewish heritage and the son of the late banker and Metropolitan Museum of Art patron Robert Lehman, bought Portrait of the Artist’s Wife (1917) in 1964 from Marlborough Gallery in London; dealers say the work could now sell for around $8m. Listed in the Schiele catalogue raisonné in 1990 and 1998 as belonging to Lehman, it has no public exhibition history.

The work came to the attention of the rival claimants in 2016 after Lehman transferred ownership to his foundation with the intent of selling it at auction to raise funds. The Robert Owen Lehman Foundation consigned the watercolour to Christie’s in New York in 2016 and that April the auction house alerted the Israelitische Kultusgemeinde (IKG)—Vienna’s official Jewish orthodox community—to the work. That organisation responded that the picture had belonged to Karl Maylaender, a Jewish businessman in Vienna who gave his art collection to a companion, Etelka Hofmann, before he was deported to Lodz, Poland in 1941, and was killed in Auschwitz.

The IKG claims the gift to Hofmann was made under duress, however, and that Maylaender’s nephew, who settled in New York, was his lawful heir. It therefore identifies the 98-year-old New Yorker Eva Zirkl, who is the widow of that nephew’s second wife’s brother, as the rightful owner of the picture. Both the Albertina Museum and the Leopold Museum in Vienna have previously returned works that once belonged to Maylaender to Zirkl.

In July 2016, lawyers for the heirs of Heinrich Rieger, Schiele’s dentist and an early collector of his work who also died in the Holocaust, were contacted by Christie’s. The Robert Rieger Trust in New York and Michael Bar, a resident of Israel, have since filed a claim on the watercolour, which they say “was always regarded as a special piece of the Rieger collection” and was described “separately both in pre-war lists and also in post-war search lists”.

Faced with the two contradictory claims, Lehman “has recently made a good faith effort to organise a group discussion… in an attempt to reach a fair and just resolution”, according to the collector’s recent filing. But the IKG, which once represented Rieger’s heirs, “not only refuses to negotiate with the Rieger heirs in this matter, but… is withholding certain documents from Lehman”, the court papers state.

In September, Lehman sued both sets of heirs in Monroe County Supreme Court in Rochester, requesting that a judge finally determine who holds the rightful title. “Until the claims of ownership of the drawing are resolved, the Plaintiff cannot proceed with the sale” of the work, the filing states.

On 3 October, the lawyer Raymond Dowd, acting on behalf of Rieger’s heirs, requested that the case be moved to New York City, where the picture is currently being held at Christie’s. Dowd alleges that Lehman failed to conduct proper due diligence before consigning the picture to auction.

On 29 October, the IKG, on behalf of a foundation created in the name of Eva Zirkl’s daughter, sued the Lehman Foundation and the Rieger heirs for title to the work. The suit also seeks the return of the watercolour and whatever damages a court determines. In the complaint, the IKG lawyers stress that “Christie’s conveyed its belief that the artwork belonged to the Mayländer collection.” The lawyers also fault the Lehman Foundation, which they say “raced to the courthouse… in a remote jurisdiction.”

When reached for comment earlier this month, Erika Jakubovits of the IKG described Robin Lehman as a “billionaire” and called for a moral solution to the ownership dispute. “It’s not about what is right or wrong,” she says. “It is about who has more money to burn.”