Only in Silicon Valley, a place known for its start-ups but not for its art scene, would a woman create the region’s first private art foundation because she felt it would rectify a “market failure”. Jane Woodward, the founder of the natural gas and wind energy investment firm MAP, opened the Foster Art and Wilderness Foundation on a quiet street in Palo Alto, California, on 27 February.

The Foster is dedicated to the work of only one artist: the Cornwall-based watercolourist Tony Foster, who travels the world to paint wild places threatened by climate change, pollution and deforestation. His work is far from fashionable—Foster’s chosen medium, after all, had its heyday in the 19th century—and he is not a market darling. His only work ever to come up at auction, carrying an estimate of $10,000-$15,000, failed to sell in 2014. But Foster has attracted a dedicated group of followers, many of whom accompany him on his journeys and help fund his work.

Woodward does not call herself a collector and she owns no other artist’s work. Trained as a geologist, she encountered Foster’s art by chance, at the Smithsonian National Museum of Natural History in Washington, DC, in 1987. “I was ambushed by it,” Woodward says. She felt the work—a series Foster painted while hiking the High Sierras—captured the natural world more faithfully and urgently than anything she had ever seen. (Foster does not take photographs or make sketches but paints most of his work on site.)

Over the next 20 years, Woodward became Foster’s biggest patron. But she felt conflicted every time she would attend one of his exhibitions. She hated that she and other collectors were breaking up Foster’s “journeys”, distinct series he completes over three to five years, every time they bought a work. “There was a market failure around keeping the journeys together. We were breaking up a beautiful symphony,” Woodward says.

Woodward came up with the idea for the Foster Foundation in the middle of a ten-day trip with the artist and some friends along the San Juan River in 2011. The aim of the space, located inside a converted ambulance garage and open by appointment, is to expose Foster’s art to curators and offer a pre-fab “kit” for exhibitions.

Some might wonder whether all this is an attempt to boost Foster’s market. But Woodward says she is not interested in selling. Rather, she wants to buy as many works by Foster as possible. She now owns 130 paintings and prints by the artist and has donated an additional 104 works to the foundation. “A significant part of my net worth went into developing this,” Woodward says. It cost several million dollars to retrofit and open the warehouse space.

The foundation prefers to loan each “journey” as a group, which could be a hard sell to curators. But it is also interested in showing Foster’s art in non-traditional settings, such as environmental conferences. Woodward even suggested loading the works into a semi truck, parking it at the entrance to a national park, and opening the door.

“His approach will hopefully encourage other people to sit down in a place and really look,” says Kristin Poole, the artistic director of the Sun Valley Center for the Arts in Idaho and a member of the Foster’s advisory board. The organisation is willing to contribute insurance, shipping and other costs to send the works on tour on a “case by case basis”, according to its director Heidi Hackford.

For the artist, the entire experience has been surreal. Most single-artist foundations are established after the artist’s death by his or her family, rather than by one enthusiastic collector while the creator is still alive. “I try not to think about it too much. I think the best thing for everyone after the opening is if I just died,” Foster said. “But I have other plans.”

His next exhibition (Exploring Beauty: Watercolour Diaries From the Wild) is due to open at the Royal Watercolour Society, Bankside Gallery, in London on 8 June. Foster asked scientists, writers and explorers, including David Attenborough and Andrew Motion, to nominate the most beautiful places they had ever seen. He visited and painted each one. The show will also travel to the Royal Cornwall Museum in Truro, UK, and the Foster in California.

“Jane [Woodward] is not an art collector…but she is [Tony’s] patron in this enormously traditional sense,” Poole says. “It’s fascinating that art can trigger this in somebody.”

An artist’s journey Tony Foster has taken a surprisingly adventurous path for a watercolourist, trekking for months at a time in locations as far-flung as Borneo and the Amazon with little more than a drafting table strapped to his back. “The journeys have gotten increasingly risky and hardy the longer I’ve been doing them,” Foster said at the foundation’s opening last month. “I’ve spent weeks on my own in places where I never see another human being.” Here are a few of the artist’s most extreme moments in the field. 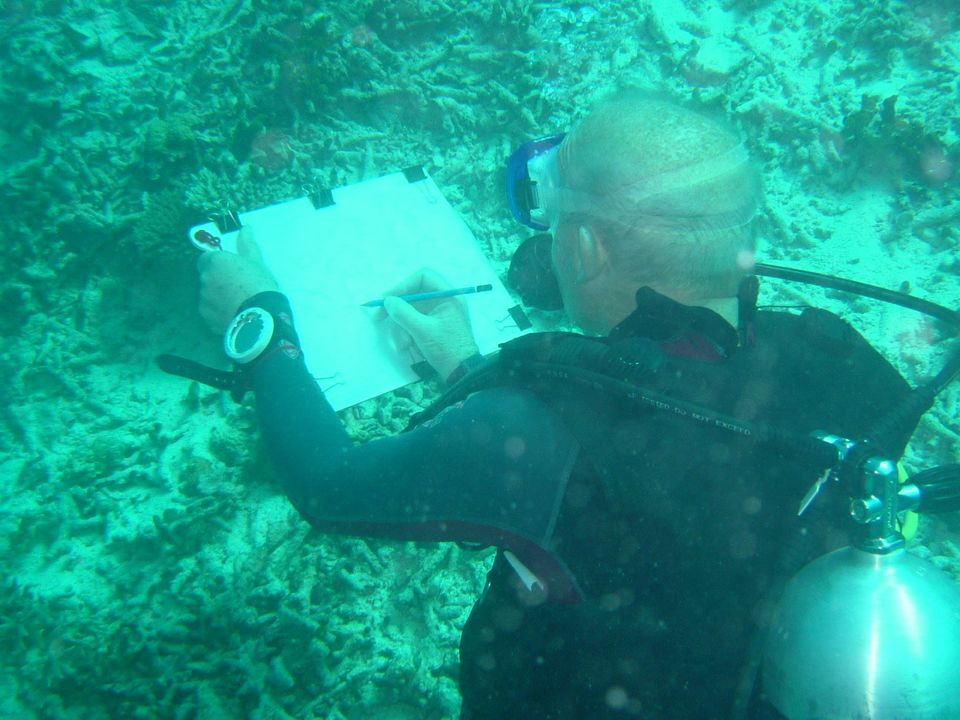