Will the British Museum lend Nigeria the Benin bronzes? 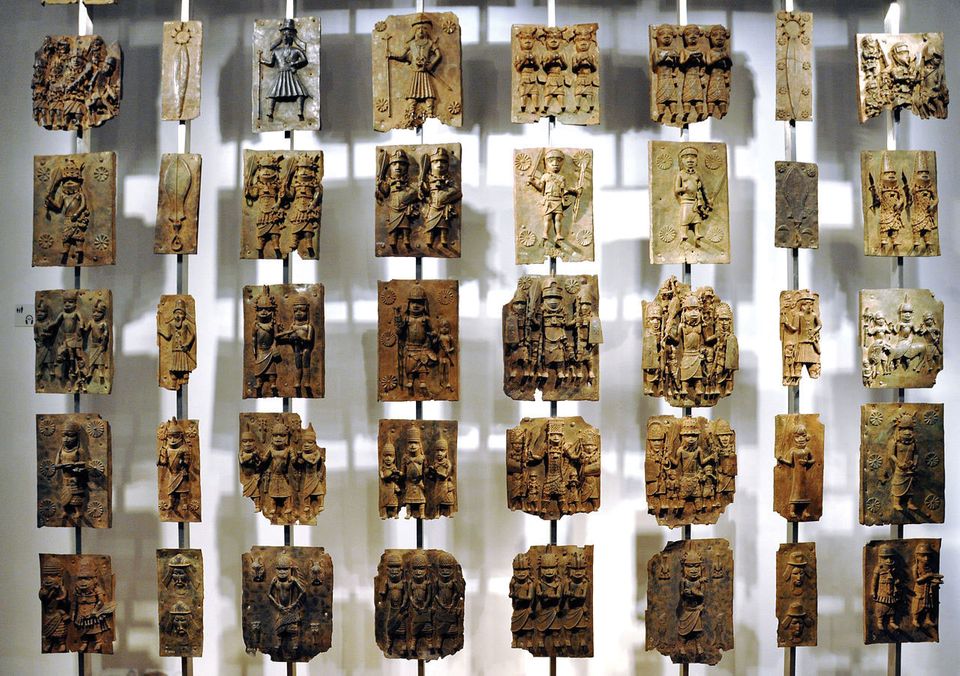 Cast brass plaques, known as “bronzes”, are among around 700 Benin objects in the British Museum’s collection Andreas Praefcke

The Victoria and Albert Museum’s (V&A) bold offer to return Ethiopia’s looted Maqdala treasures to the country on long-term loan is raising questions over the Benin bronzes. The objects were seized by British troops in Africa in similar circumstances in the late 19th century. The British Museum, which holds the most important collection of Benin artefacts, is now poised to come under the spotlight.

There are close parallels between the plundering at Maqdala and at Benin City. At the battle of Maqdala in 1868, the British attacked Emperor Tewodros and looted the imperial treasury, including many Christian manuscripts and objects. A display of 20 items in the V&A collection, organised in consultation with the Ethiopian Embassy and community in London, opened at the museum last month (until July 2019). The V&A’s director, Tristram Hunt, said that he “made a clear statement to the ambassador, saying that if Ethiopia is interested in pursuing the long-term loan of the Maqdala items we would stand ready to assist”.

The Benin punitive expedition of 1897 avenged the massacre of several Britons and their African troops, leading to the overthrow of the oba (king). The royal palace, with its magnificent collection of bronzes, located in present-day Nigeria, was plundered. (The Republic of Benin lies to the west of Nigeria.) Benin City produced arguably the finest art of sub-Saharan Africa, particularly bronze heads and plaques, traditionally called bronzes but made of brass.

The British Museum holds around 700 Benin objects, the greatest of which are a brass head of a queen mother and an ivory pendant mask (both 16th century). The museum’s Sainsbury African Galleries display just over 100 Benin items, half of them brass plaques depicting court scenes. 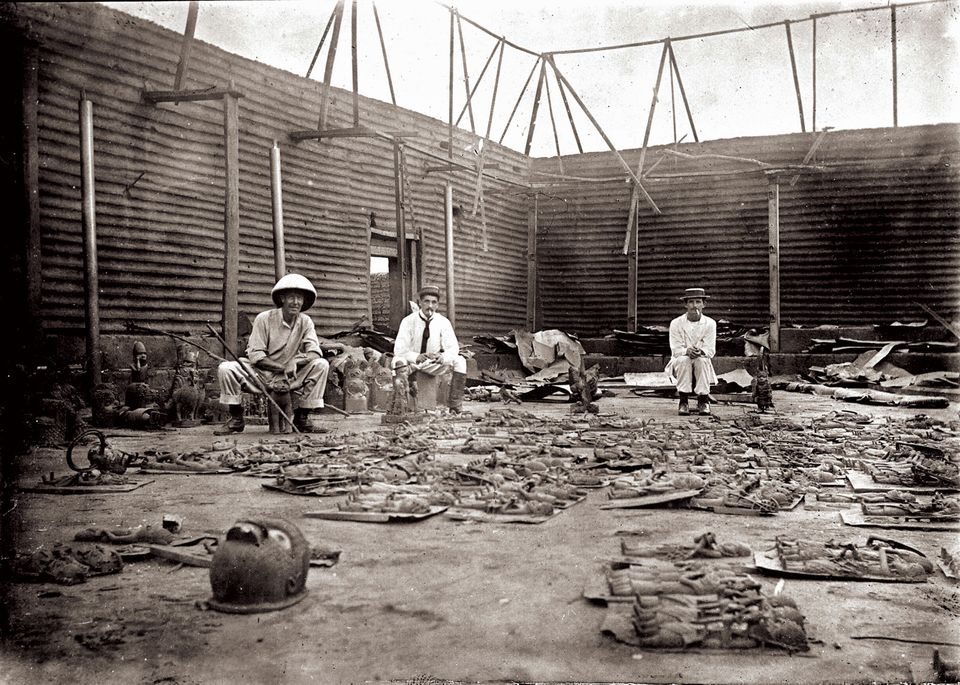 In the past, the British Museum has faced restitution claims from both Nigeria’s federal government and the Benin royal court, although not in recent years. A museum spokeswoman says these claims have always been resisted because “there is great value in presenting the Benin collection in a global context, alongside the stories of other cultures”. The trustees, however, “will always consider loan requests, subject to usual conditions”, she says, although no such requests have been made.

The situation could soon change, thanks to an initiative by a group of European museums and Nigerian parties, known as the Benin Dialogue Group. It is now encouraging the return of some Benin objects to Nigeria on long-term loan.

The group comprises nine European museums, based in London, Cambridge, Oxford, Berlin, Dresden, Hamburg, Vienna and Stockholm, along with a consortium of four Dutch ethnographic museums. Berlin State Museums holds the most important Benin collection on the Continent, part of which will go on display at the Humboldt Forum when it opens in late 2019. (One of the Humboldt's three founding directors is Neil MacGregor, the former director of the British Museum.) The UK institutions include the British Museum, Oxford’s Pitt Rivers Museum and Cambridge’s Museum of Archaeology and Anthropology.

A potentially transformative development was announced last month: a royal museum is to be built to modern standards in Benin City. This would provide a building with the appropriate environmental and security standards to house international loans.

A key question is whether the British Museum will lend to the new institution. Nicholas Thomas, the director of the Cambridge museum, which hosted the Benin Dialogue Group’s last meeting, says: “We don’t anticipate that every museum in the group will necessarily be in a position to lend straight away, but there is a willingness in principle.”

Thomas, who last month visited Benin City, says that “long-term loans can be extraordinarily positive”. His discussions in Nigeria suggest that people want to see the Benin objects returned “even if for a fixed period, rather than on the basis of unconditional repatriation”.

The group will decide how to proceed at its next meeting, due to take place at Leiden’s Museum Volkenkunde in October. So far, US museums with important Benin collections, such as New York’s Metropolitan Museum of Art, have not requested to join, but the creation of a Royal Museum in Benin City is likely to put pressure on them to participate.

Nigeria has ambitious plans to create a new museum for Benin art. Last month, the governor of Edo State, Godwin Obaseki, announced that he is working with Oba Ewuare II to establish a royal museum in Benin City. It is to be built on vacant land adjacent to the royal palace. The scheme is being backed by the National Commission for Museums and Monuments, which means it also has federal government support.

Obaseki says that “the decision to establish a world-class museum will encourage curators across Europe to be confident to support the safe return” of Benin artefacts. Funds will need to be raised, at least partly from the state budget, so the opening lies some years ahead. M.B.