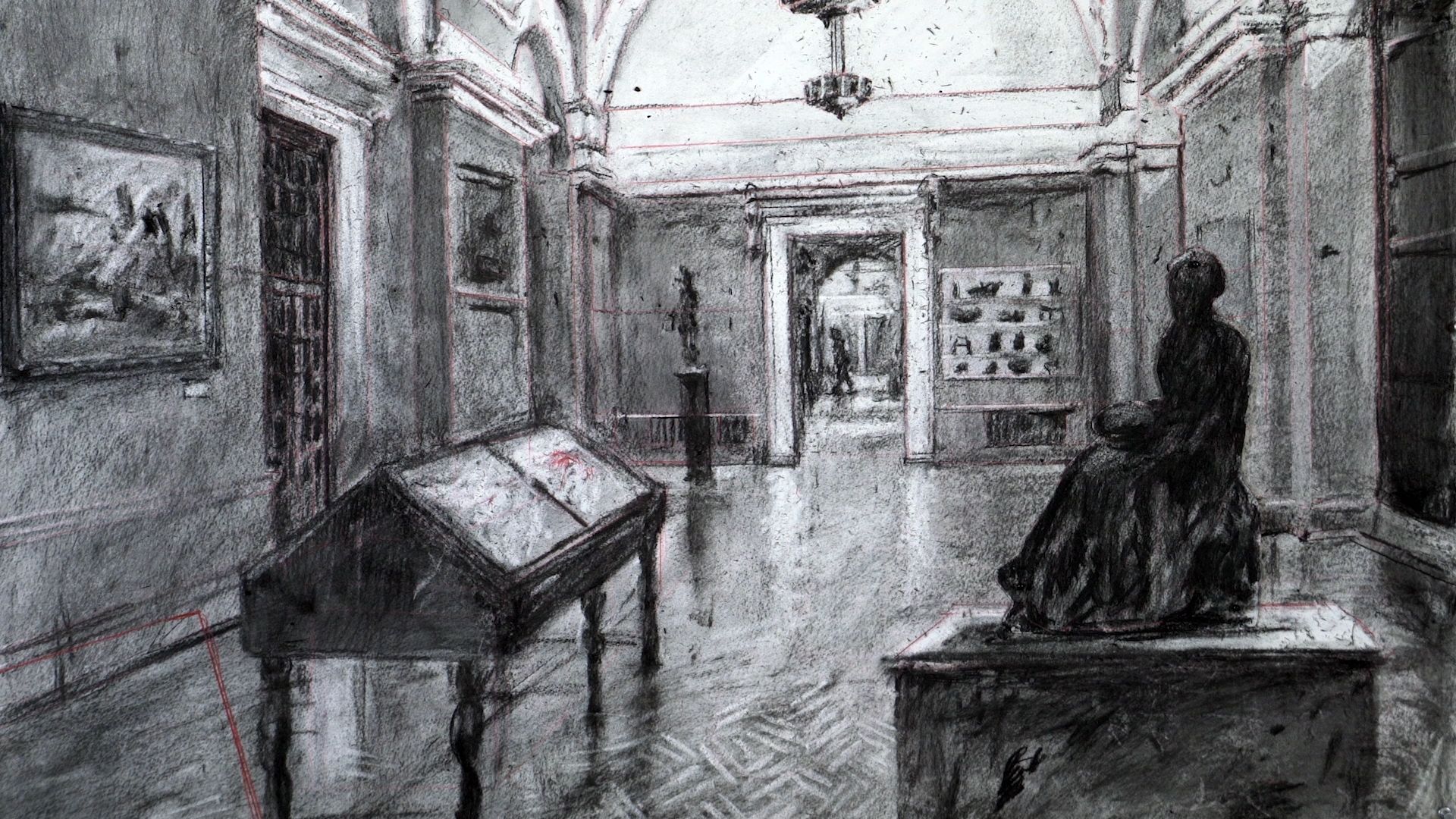 There is a thin, smudgy charcoal line between drawing and film when it comes to William Kentridge. Instead of drawing each image on a separate sheet for his animations, the South African artist creates one large charcoal drawing which he amends repeatedly to illustrate subsequent scenes. "The imperfect erasures of the successive stages of each drawing become a record of the progress of an idea and a record of the passage of time," Kentridge says. "The smudges of erasure thicken time in the film, but they also serve as a record of the days and months spent making the film—a record of thinking in slow motion.”

Now fans of the artist can watch his "slow-motion thinking" from the comfort of their homes. Goodman Gallery has organised a five-day-long programme (29 September-3 October) of Kentridge's films ahead of his Johannesburg exhibition City Deep (6 October-12 November). Each selection of videos is available for only 24 hours through the gallery's website.

The Art Newspaper has partnered with Goodman Gallery to exclusively premiere Kentridge's newest film City Deep (2020). The 11th film in the artist's Drawings for Projection series, it continues to follow the main character Soho Eckstein, a middle-aged businessman in Johannesburg. In the animation he surveys post-industrial South Africa, with depictions of a crumbling Johannesburg Art Gallery juxtaposed with scenes showing the phenomenon of the Zama Zamas—illegal "artisanal" miners in South Africa who search old mines for remnants of gold. "What the film means—what the relationship is between Soho looking at this hole in the ground which has this Zama Zama in it and the collapse of the art gallery—that's not known in advance. And if I were to talk about it it would be my interpretation rather than what comes through," Kentridge says.

The focal point of Kentridge's films—and his work more widely—is his native South Africa and its social and political changes over the years, tackling issues such as Apartheid and industrialisation. "The first film was made 30 years ago so [the films] also in a way chronicle my life in the studio over this period," Kentridge says. As well as the Drawings for Projection series, the festival includes a lecture the artist gave at Harvard University in 2012 and two flipbook films; Second-Hand Reading (2013), in which the artist draws onto pages of the Oxford English Dictionary, and Waiting for the Sibyl (2020), a new film produced in preparation for Kentridge’s recent opera project that premiered at Teatro dell’Opera di Roma in September 2019.

All the films can be viewed on Goodman Gallery's website from 1pm EDT/6pm BST/7pm CET and will be available for 24 hours. You can find the films and read more about the programme here.