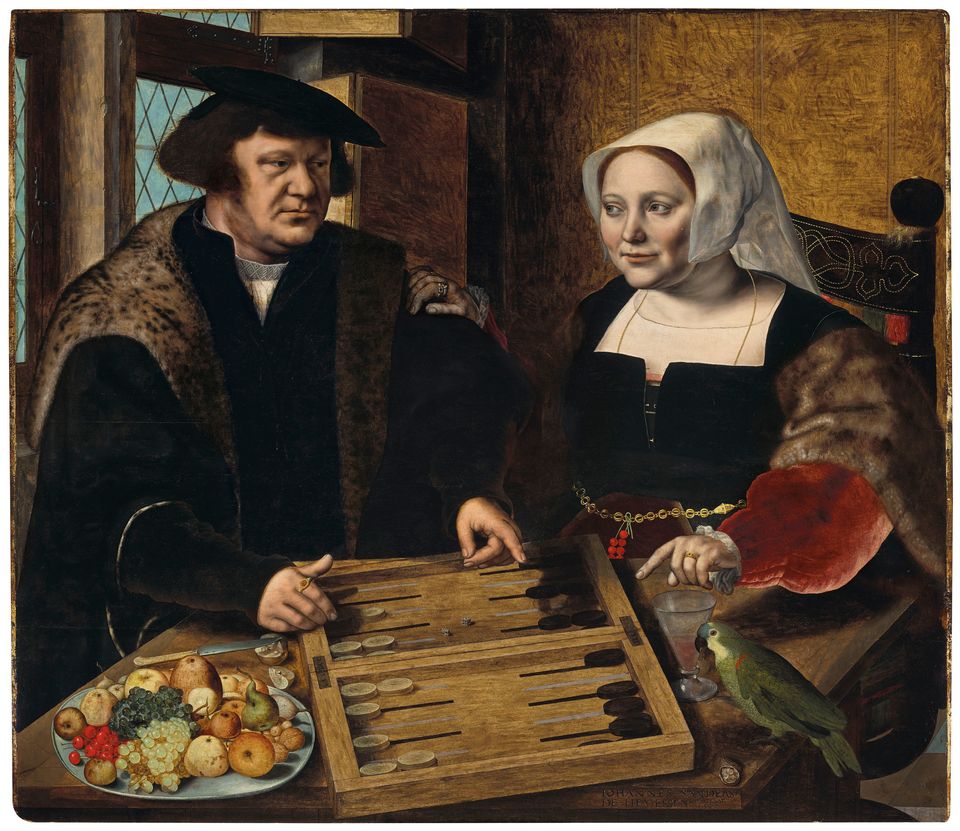 Strong bidding in the room and via phones led the house to a $40m sale (with fees) that included works from the veteran New York dealer Richard Feigen’s collection. The total came in north of the pre-sale high estimate of $34.1m; 79% of lots found buyers. Immediately following was a sale of 15 works from the estate of the venerated late dealer Herman Shickman and his wife Lila that brought $10.5m, just above the pre-sale low estimate of $9.9m, also with 79% selling.

The auction house overcame the principal challenge in the sector—finding high-quality material—by securing the dealers’ collections, a coup that carries cachet even though increasingly common. Also bringing a painting to the block Wednesday was artist Frank Stella, who offered the van Hemessen work from his private collection. Estimated at up to $6m, it soared to $10m after a ten-minute battle, selling to a phone bidder via the house’s Ben Hall. “Worth every penny,” New York-based dealer Nicholas Hall said after the hammer fell. 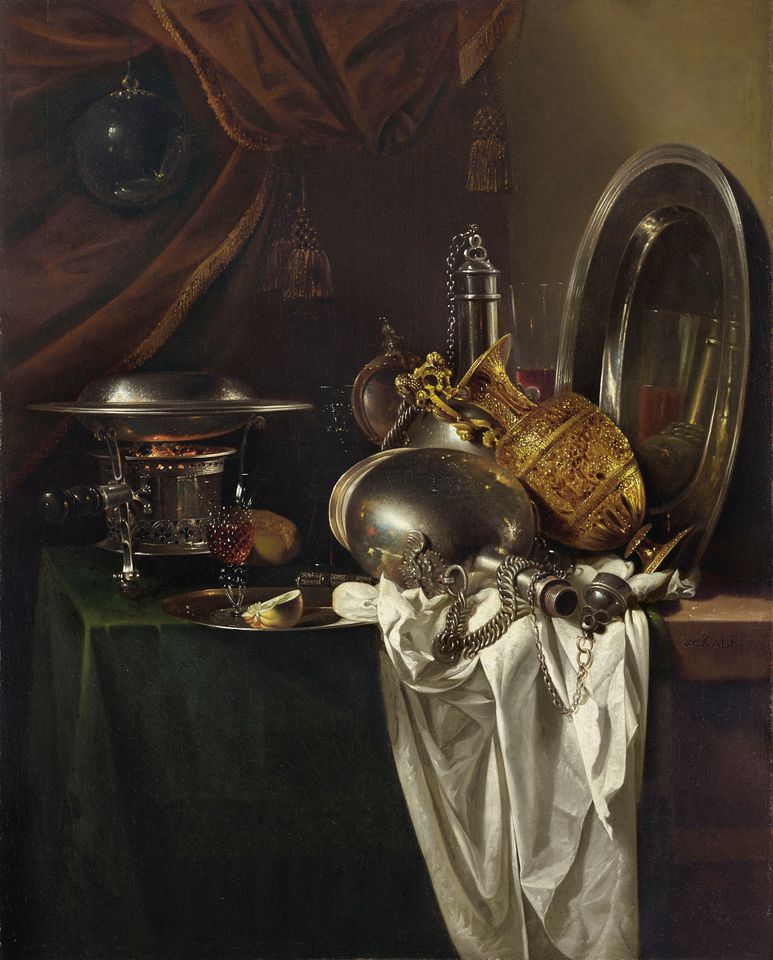 Willem Kal's A chafing dish, two pilgrims' canteens, a silver-gilt ewer, a plate and other tableware on a partially draped table. Courtesy of Christie's Images Ltd.

In addition to the record for van der Hamen (smashing his previous high, $1.1m) and the Hemessen record (his was $3m previously), Annibale Carracci’s Madonna and Child with Saint Lucy and the Young Saint John the Baptist fetched $6m, besting his previous high, $3.4m. Lorenzo Monaco’s The Prophet Isaiah, a pinnacle measuring just eight inches across from an altarpiece now at the Uffizi, realised $3.6, doubling his previous auction block high.

New York-based dealer Henry V. Zimet of French & Company placed the winning bid on a Willem Kalf still life; the price, $2.8m, more than tripled Kalf’s previous record. All the same, Zimet felt he got a great deal. “We thought it might go for twice as much,” he told The Art Newspaper.

It was not all record-breaking results at this sale, however. A Luis Meléndez still life, estimated at up to $4m and touted as one of the star lots of the Shickman collection, was withdrawn from the sale and sold privately; a Fra Bartolomeo Madonna and Child tagged at up to $2.5m went begging. 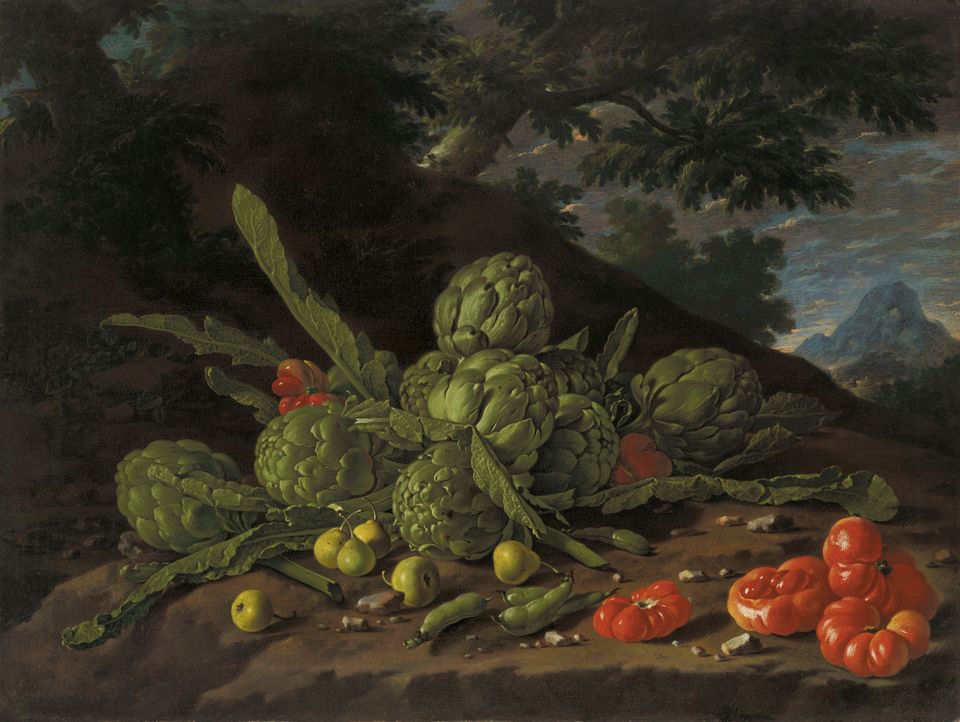 Luis Meléndez's Artichokes and tomatoes in a landscape. Courtesy of Christie's Images Ltd.

Yet the overall robust sale comes on the heals of a lagging market. Per Clare McAndrew’s 2019 Art Basel market report, Old Masters brought just $905m at public sales last year, a number about in line with 2008 and 2009, but down drastically from a high of $2.13bn in 2011.

In addition to the problem of supply, dealers also face the need to augment demand by luring younger buyers. To bring new sizzle, Sotheby’s recently recruited Victoria Beckham, aka Posh Spice, to hype an Old Master sale. More soberly, dealer Nicholas Hall partnered with Modern and contemporary titan David Zwirner to mount an exhibition at Zwirner’s New York gallery last year. For its part, Christie’s has de-emphasised the “old” in Old Masters, rebranding its spring sales as Classics Week; to attract the social media audience, Old Master specialist Jonquil O’Reilly, who often focuses on the fashions and textiles in her paintings, recently staged an Instagram takeover of the fashion blog Man Repeller.