As Fratelli Alinari vacates its Italian headquarters, there are hopes that Tuscan government will rescue the historic collection 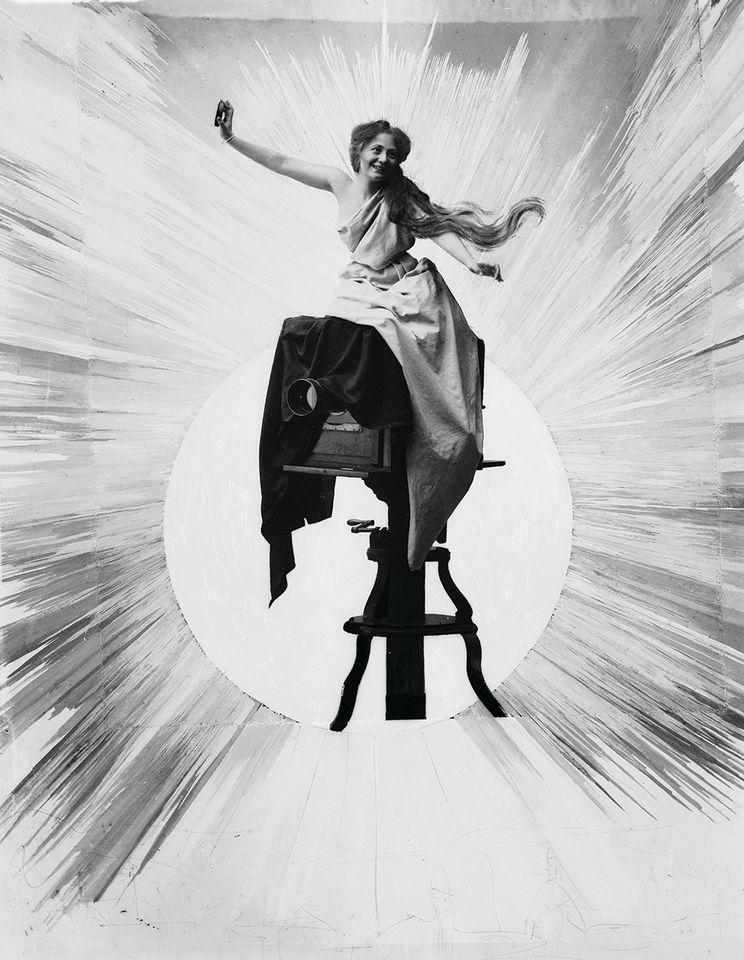 The Alinari collection has more than five million items, including Allegory of Photography (around 1895) Fratelli Alinari/Alinari Archives, Florence/Alinari via Getty Images

Amid reports of financial crisis, the world’s oldest photographic agency is selling off its Florence headquarters and moving its vast archive into storage, while the Tuscan government deliberates over whether to save it for the Italian nation.

Fratelli Alinari, established in 1852 by the brothers Leopoldo, Giuseppe and Romualdo Alinari, won renown for capturing post-Unification Italy’s monuments, works of art, ruling classes and street life through the pioneering medium of photography. The firm’s collection today holds more than five million items from early daguerreotypes to modern digital images, including 220,000 glass-plate negatives, a library of more than 26,000 volumes and over 1,000 cameras. By comparison, the Victoria and Albert Museum in London, which began acquiring photographs in 1852, owns around 800,000 items.

Alinari is due to vacate its Florentine premises, Largo Alinari 15, by the end of June. The building has been sold to private owners and will be transformed into apartments, according to the Italian newspaper Il Fatto Quotidiano. The fragile glass plates are being packed away in 15,000 reinforced boxes in anticipation of the collection’s move to Art Defender, a private storage facility north of Florence. “It is the biggest photography transfer in the world,” says Claudio de Polo, Alinari’s president since 1984.

The works “are too important for a private company” and will only remain in storage “until their definitive transfer” to a public institution where “they can be seen, exhibited and appreciated”, De Polo says. In 2008, the collection was valued at €138m by the Italian photographer and photography historian Italo Zannier, he adds.

“Alinari is operating in a very difficult market”

De Polo argues that the move is necessary for the proper conservation of the photographs, which were exposed to “unsustainable” levels of carbon monoxide pollution because of the building’s proximity to Via Nazionale, the road with “the heaviest traffic in Florence”. The premises had also run out of space, he says, adding that the firm’s holdings have “multiplied 25 times” during his 35-year tenure.

But while De Polo insists that Alinari’s image-licensing and publishing activities will continue, the 23 employees of the Fratelli Alinari I.D.E.A. publishing house and Fratelli Alinari Foundation for the History of Photography have voiced concerns about the risk to jobs in an open letter on the website of the Italian General Confederation of Labour.

On 14 May, the regional council of Tuscany voted to “guarantee employment security and safeguard the cultural heritage of the Fratelli Alinari archive”, and said it welcomed “crisis talks” with union representatives. “The [Tuscan] president Enrico Rossi has clearly expressed his desire not to disperse this patrimony of enormous value for Tuscany and beyond,” says the council’s vice president and assessor for culture, Monica Barni. On 10 December 2018, the collection was placed under an export ban by the Tuscan Soprintendenza for archives—an outpost of the Italian culture ministry—for its “primary importance” to the history of photography.

Meanwhile, the mayor of Florence, Dario Nardella, has announced the municipality’s readiness to “save the collection and keep it in Florence” by making a joint acquisition with the region and providing “a large and prestigious venue” at no charge. The Italian culture ministry must first determine “an appropriate value” for the collection before negotiations can proceed, a spokeswoman for the Tuscany regional council says.

This is not the first time the future of the Alinari collection has been called into question. In November 2013, more than 200 leading photographers and arts professionals petitioned the Italian authorities to place the “entire photographic heritage” of Largo Alinari 15 under export ban, describing its “inestimable value in documenting the history, society and culture of our country”.

Their appeal followed an investigation published in L’Espresso magazine detailing a litany of financial troubles at Alinari, including major debts, low revenues and the liquidation in 2012 of a four-year joint venture with the Il Sole 24 Ore group.

Asked to comment on the allegations of “crisis”, De Polo says: “Alinari, like all other companies working in the field of image licensing, is operating in a very difficult market where rights are often not economically recognised, especially in the multimedia sector.” Selling off the building in Largo Alinari is “certainly also an opportunity to consolidate our financial assets”, he says. The firm, which closed its Florence photography museum in 2014, will also close the Alinari Image Museum in Trieste on 31 August “due to the absolute lack of support from the city of Trieste”.