Would the 'royal' Salvator Mundi please stand up?

Pushkin Museum’s Giampietrino painting may be the one listed in inventory of Charles I’s collection, rather than the Abu Dhabi work 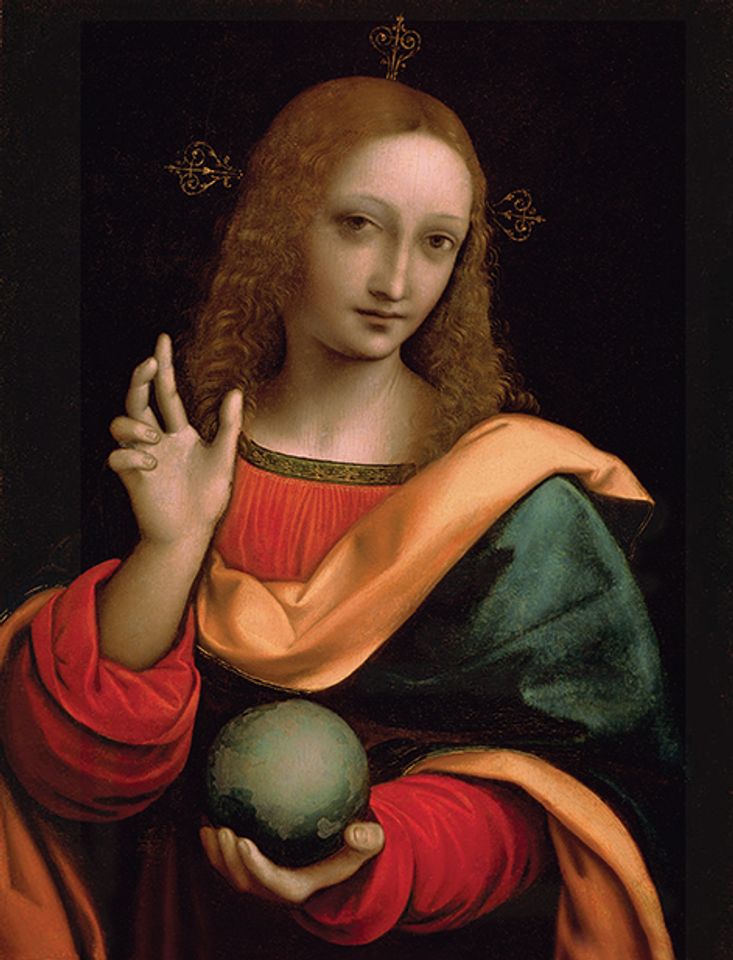 Giampietrino's Salvator Mundi (Savior of The World), painted in first half of 16th century ©Pushkin State Museum of Fine Arts

Fresh doubts are emerging over the English royal provenance of Leonardo da Vinci’s Salvator Mundi (dated around 1500), which was bought a year ago for Abu Dhabi. New evidence has revealed that another painting of the same subject, now in Moscow’s Pushkin State Museum of Fine Arts, is more likely to be the one recorded in the historic inventories.

Desmond Shawe-Taylor, the surveyor of the Queen’s Pictures at the Royal Collection, admits that it is far from certain that the recently sold Salvator Mundi is the one once owned by England’s kings. He tells The Art Newspaper: “There are several references in inventories of the time of Charles I and Charles II to a Leonardo that might well be a Salvator Mundi, but it is unclear whether they refer to the painting recently sold by Christie’s, the one now attributed to Giampietrino in the Pushkin Museum or another, unidentified picture.”

The Pushkin’s Salvator Mundi is on a panel that has a “CR” (Charles Rex) mark with a crown branded into the back of the poplar, which proves that it was once owned by Charles I. This evidence, which was overlooked when the Abu Dhabi picture was sold by Christie’s, was noted by Ben Lewis, who is writing a book, The Last Leonardo, due to be published by Harper Collins next April. He is convinced that the Pushkin painting raises serious doubts as to whether the Abu Dhabi picture is the one recorded in royal inventories. 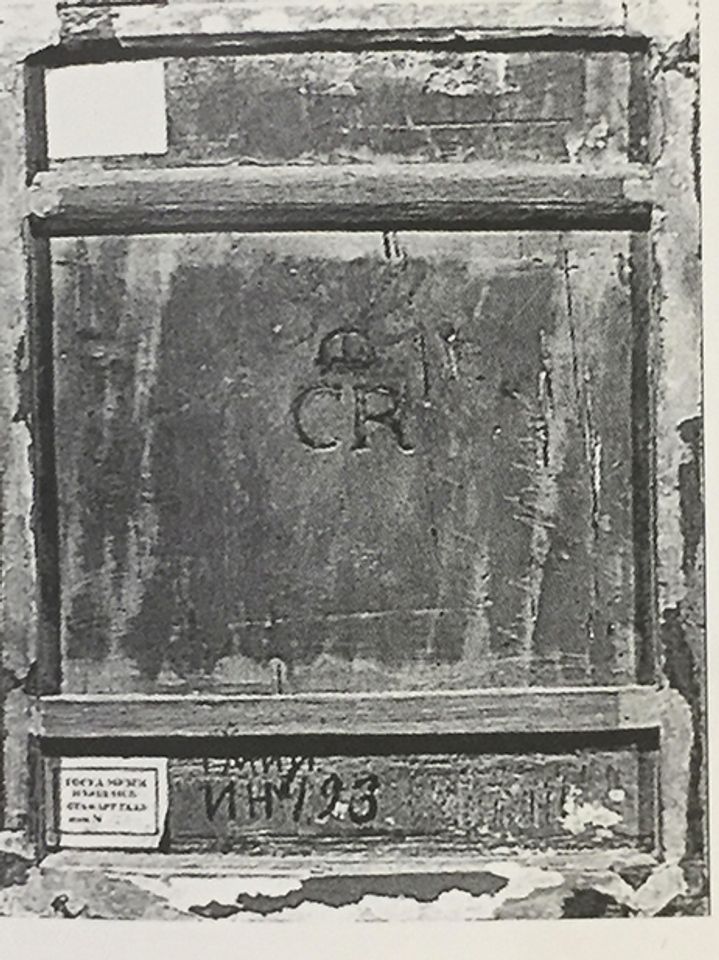 Most of Charles I’s art collection was sold off during the Civil War. In the 19th century, when the Russian Salvator Mundi was owned by the Moscow-based Mosolov family, it was attributed to Leonardo. The picture was acquired by the Pushkin in 1924 and is now regarded as being by Giampietrino, a Leonardo follower, and dated to sometime up to his death in 1549.

The royal provenance of the Abu Dhabi painting is much more problematic, since there is no “CR” branded into the reverse of the walnut panel. The back was apparently thinned and inserted into a cradle, most likely in the 19th century. Dianne Modestini, the restorer of the Abu Dhabi Salvator Mundi, says that “the panel had been planed, probably in the 19th century, and this would have removed any collector’s marks that might have been on the reverse”.

Between 1649 and 1651, an inventory was compiled of the collection of Charles I, following his execution. There are two possible references to a Salvator Mundi by Leonardo. The first reads: “A peece of Christ done by Leonardo at £30, Sold to Stone 23 Oct. 1651.” Although the subject is not specified, it could well be a Salvator Mundi. The second reference is to “A lords figure in halfe, £80”, with an added note “and Leonardo da Vinci, sold to Bass 19 Dec 1651”. The “lord” is most likely to refer to Christ, and not to an aristocrat.

The Christie’s experts for the November 2017 sale were apparently only aware of the first reference and did not know about the Pushkin picture, so they linked their Salvator Mundi with the first reference—thereby claiming that it had probably once been owned by Charles I. Indeed, in their catalogue, the chapter on provenance was entitled “A peece of Christ done by Leonardo”. When the picture entered Charles II’s collection, the inventory records a Leonardo da Vinci Christ “with a globe in one hand and holding up the other”. 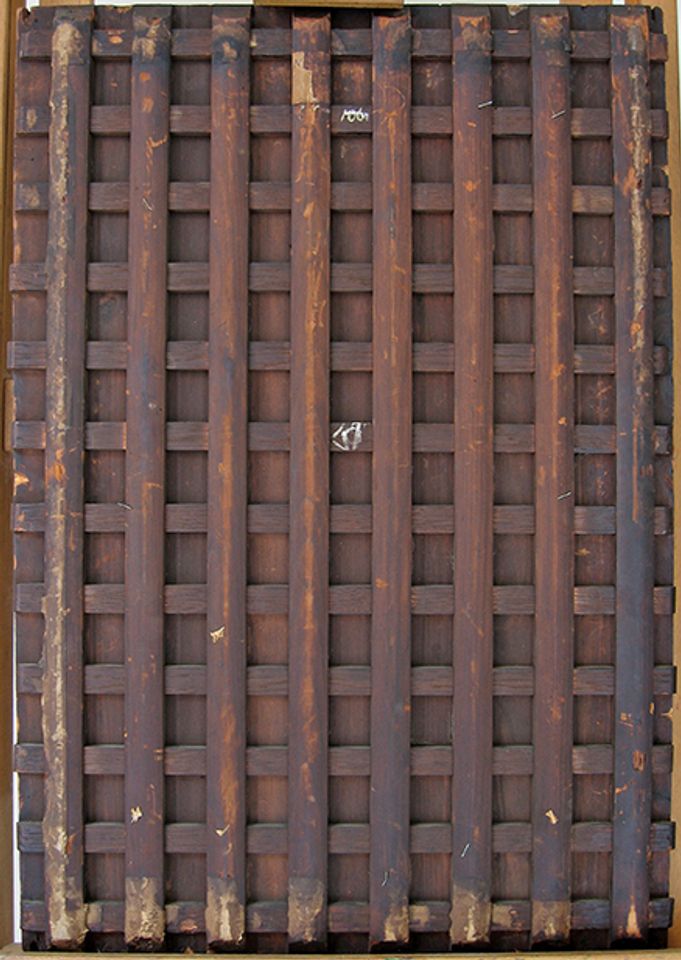 Any marks on the Abu Dhabi work would have been lost in the 19th century Courtesy of Dianne Modestini. Photo: Monica Griesbach

The royal provenance suggested that its picture had been in the English royal collection in the first half of the 17th century, which bolstered the Leonardo attribution. This probably increased its perceived value, and it fetched a record $450m when it sold on 15 November 2017, going to a Gulf buyer.

Niko Munz, a specialist on the collection of Charles I, now believes that “with this new evidence, it is likely that the ‘peece of Christ’ refers to the Pushkin picture”.

The Art Newspaper has already reported that Christie’s suggestion that the Abu Dhabi picture might have been owned earlier by the French royal family and brought to England by Henrietta Maria on her marriage in 1625 is also doubtful (September 2018, p1); there is now evidence that the picture could have been with the Duke of Hamilton.

Meanwhile, mystery surrounds the display of the Abu Dhabi picture. On 2 September, the emirate’s department of culture and tourism announced “the postponement” of the work’s unveiling at Louvre Abu Dhabi, promising that “more details will be announced soon”. There was speculation that this might take place on the first anniversary of the opening of Louvre Abu Dhabi on 11 November, but no news was released.

It remains unclear whether the delay is over payment or ownership issues, or over conservation or attributional issues. The Louvre in Paris is presumably hoping to display the painting in its major Leonardo show, due to open in autumn 2019, but this remains unconfirmed.