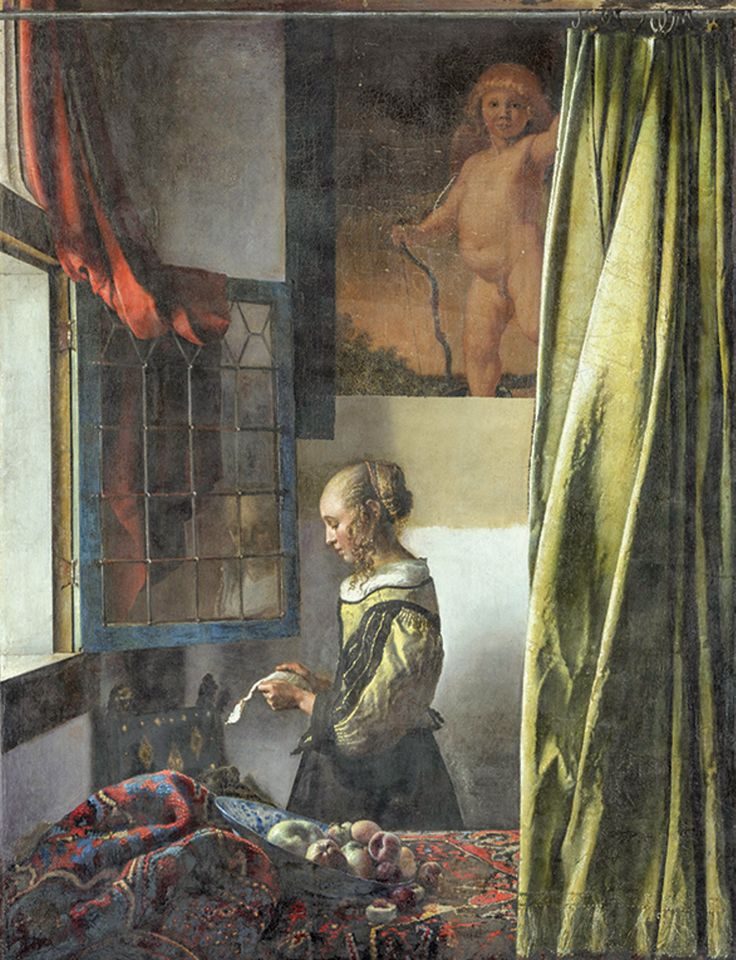 Vermeer’s Girl Reading a Letter at an Open Window (1657-59) photographed during its four-year transformation, during which overpaint was removed from the back wall to reveal a picture of Cupid Photo: Wolfgang Kreische; © SKD

One of the greatest challenges facing an exhibition curator is assembling a show on Johannes Vermeer. The artist’s popularity is such that museums that own his paintings are extremely reluctant to lend, since so many of their visitors flock primarily to see his work. At the Mauritshuis in The Hague, The Girl with the Pearl Earring (1665) is virtually the museum’s logo. The other problem is that Vermeer’s surviving oeuvre is so small: just 35 pictures.

An exhibition opening in Dresden this month boasts ten Vermeers. This may not sound many, but in the past 20 years only the Musée du Louvre in Paris has assembled slightly more, for its 2017 show. Dresden’s Gemäldegalerie Alte Meister has two Vermeers in its collection, The Procuress (1656) and recently restored Girl Reading a Letter at an Open Window (1657-59), with the rest of the show made up from international loans such as View of Houses in Delft/The Little Street (around 1658) from the Rijksmuseum in Amsterdam and Woman Holding a Balance (around 1664) from the National Gallery of Art in Washington, DC. 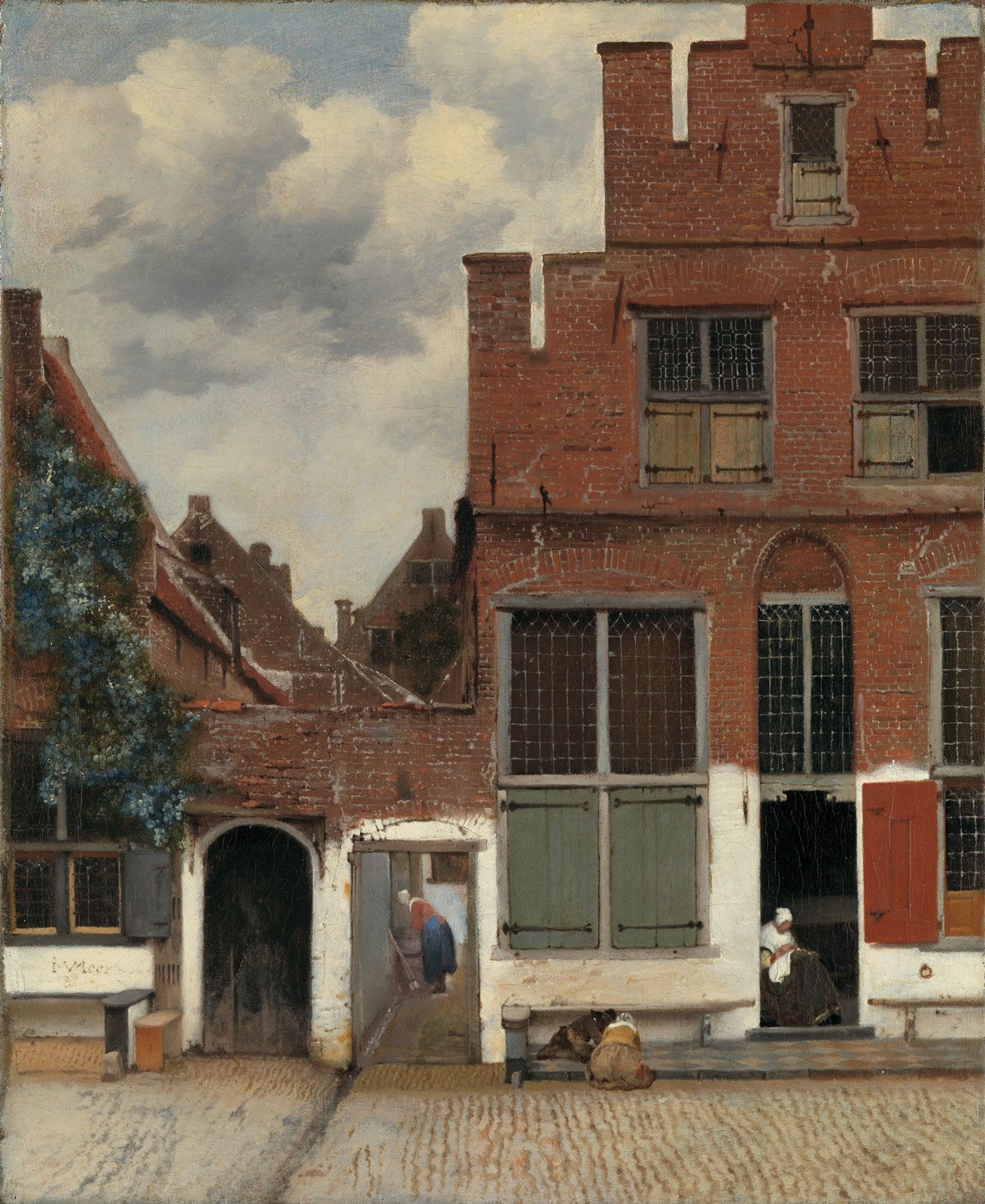 Vermeer's View of Houses in Delft/The Little Street (around 1658) will be on loan from the Rijksmuseum in Amsterdam © Rijksmuseum, Photo: Carola van Wijk

The Mauritshuis had promised Diana and Her Companions (1653-54), but that was before the opening of the show had to be delayed twice due to the pandemic. However, in the meantime, Dresden secured a replacement loan: Girl Interrupted at her Music (1658-59) from New York’s Frick Collection, which has never left the US since its acquisition in 1901.

Although visitors will swarm around the Vermeers, there will be plenty more to see. Around 50 related genre paintings by other Dutch Golden Age artists, such as Pieter de Hooch and Gerard Dou, will provide context. 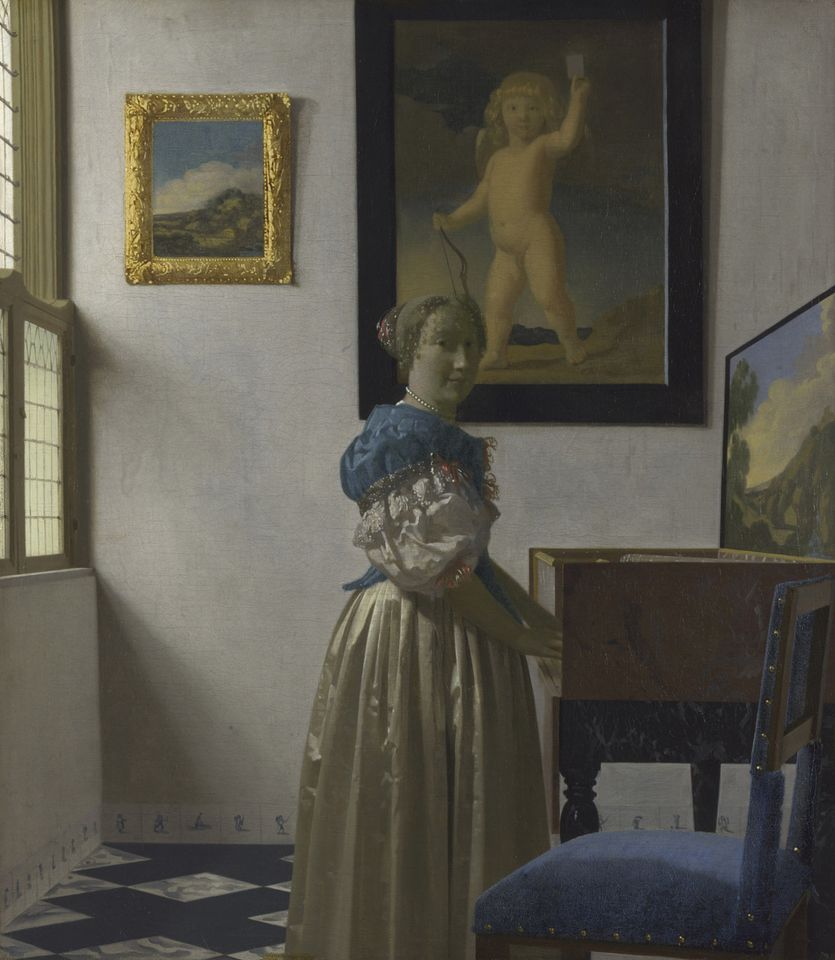 But the main point of the Dresden exhibition will be to mark the completion of an astonishing four-year conservation project that has transformed the museum’s Girl Reading a Letter at an Open Window. Recent research showed that much of the back wall in the work had been overpainted, probably in the early 18th century, and underneath was a picture of Cupid. The same image of Cupid appears at the back of London’s A Young Woman Standing at a Virginal (1670-72), which will also be in the show, and was once present in the Frick’s Girl Interrupted at her Music (but it is now barely discernible).

When the restored Dresden painting is revealed in the show, as its centrepiece, a radical transformation will be apparent. Until recently, the viewer’s eyes were immediately drawn to the woman’s head, but now Cupid also attracts attention: our eyes dart between the letter-reader and the god of love. With such a small oeuvre, a change in just one composition should encourage us to see Vermeer in a fresh light.