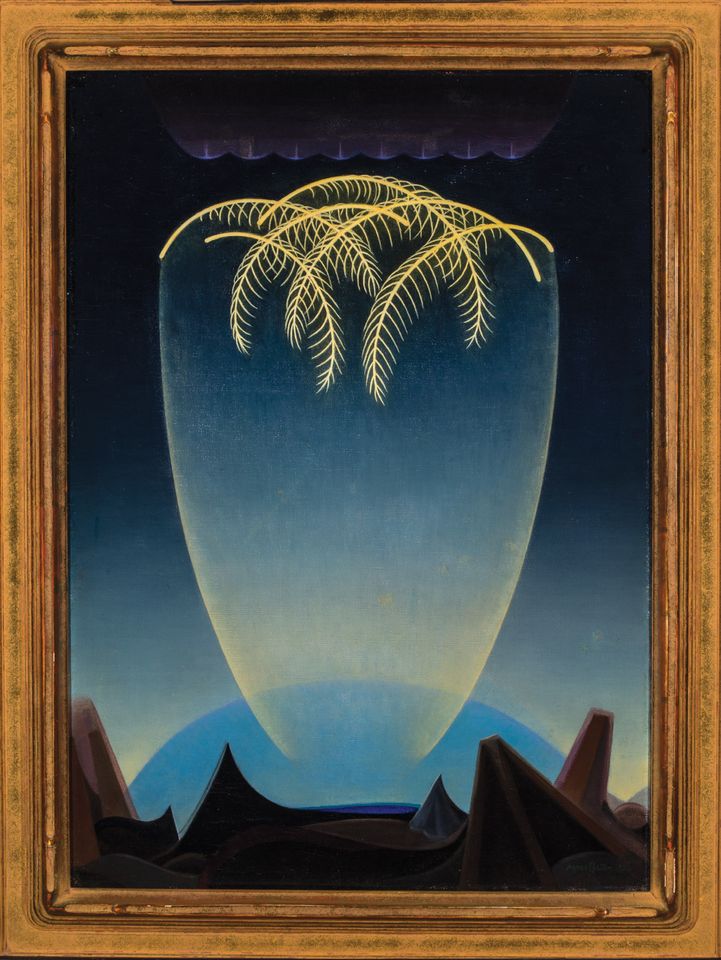 Even in her lifetime, the paintings of the German-born US artist Agnes Pelton (1881-1961) were not well known. Since her death, her visionary abstract landscapes have all too rarely seen the light of day, many languishing in storage in regional US museums. When Gilbert Vicario was appointed chief curator at the Phoenix Art Museum, Arizona, in 2015, he did not know Pelton’s work until two paintings in the museum’s collection caught his attention. “I realised that artists are more aware of Pelton than curators,” says Vicario, who has organised the first survey of the artist in more than two decades.

Pelton was influenced by Wassily Kandinsky, whose 1913 book, Concerning the Spiritual in Art, proposed that art should cause “vibrations in the soul”. She studied the theosophy of Helena Blavatsky, among other new religious movements, and was in later life a dedicated practitioner of Agni Yoga. Her abstract paintings of the 1920s seem to describe luminous fields of energy, while her later work, made after she relocated to California, is more grounded in observational landscape painting that frames evanescent, flaming forms against a cosmic void.

Pelton has often been compared—unfairly, Vicario says—to Georgia O’Keeffe, who was six years her junior. In 1919 Pelton was living in New York when the patron Mabel Dodge Luhan invited her to Santa Fe—a decade before O’Keeffe would first paint the New Mexico landscape. 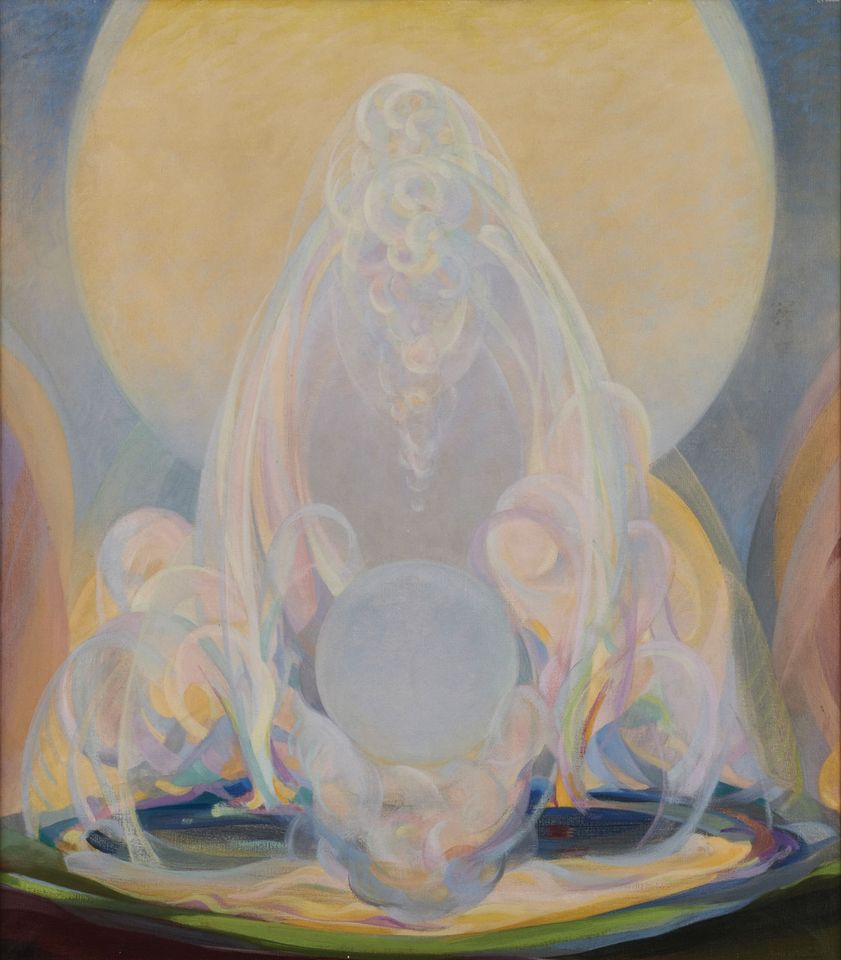 “I would say she’s more of a West Coast artist, if anything,” Vicario says. In 1932, Pelton moved from Long Island to Cathedral City, a sparse desert setting adjacent to Palm Springs that would shape her art for the rest of her life. She is ill-served, too, Vicario says, by her association with the New Mexico-based Transcendental Painting Group (1938–41), whom she is often said to have been influenced by, but who in fact invited her to serve as its honorary president.

Pelton already counts contemporary Californian artists such as Mary Weatherford and Loie Hollowell as fans. Vicario’s ambition with this show is “to introduce her to a younger generation of viewers and artists who may be more open and receptive to the work”.

The exhibition is supported by the Andy Warhol Foundation for the Visual Arts, and will travel to the New Mexico Museum of Art in Santa Fe, the Whitney Museum of American Art in New York, and the Palm Springs Art Museum in California.