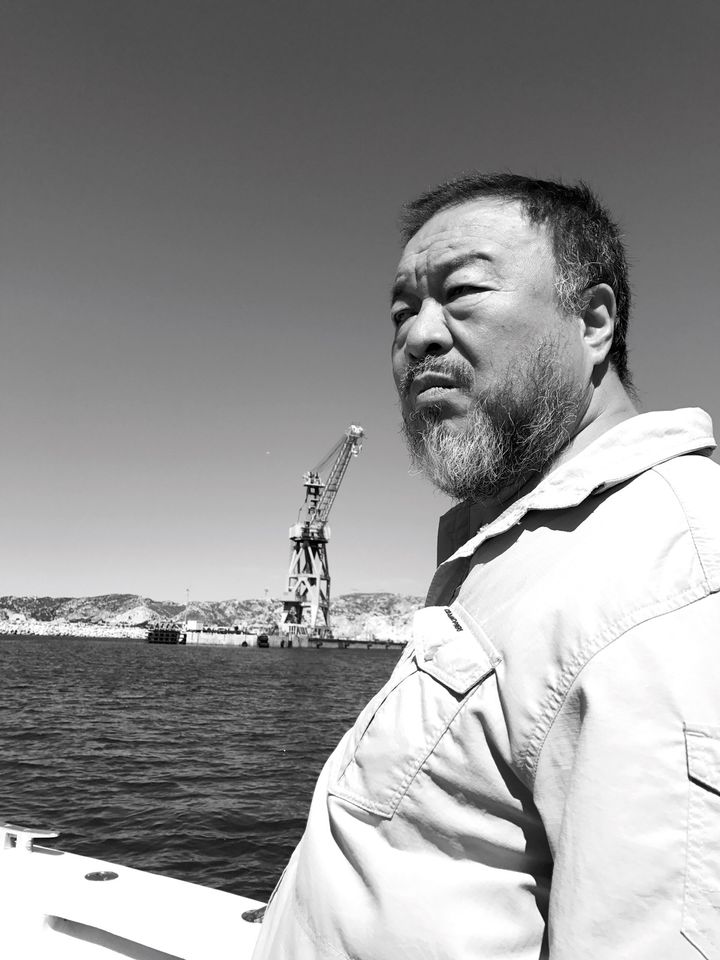 A museum based on a large ethnographic collection may seem like an odd venue for a major exhibition of one of the world’s most famous contemporary artists. But it is a family connection that brings Ai Weiwei to the Musée des civilisations de l’Europe et de la Méditerranée in Marseille.

“My show comes from a bit of nostalgia about my father,” Ai say. In 1929, his poet father Ai Qing travelled to the West for the first time and landed on the docks of Marseille, close to where the museum now stands. “I want to explore a little bit what a Chinese person was like at that moment in France,” Ai says. On a visit to the museum last summer, the artist spent time retracing his father’s footsteps.

The show includes 50 of Ai’s works alongside objects from the museum’s collections. There are two new monumental works—an installation made of Marseille soap inscribed with texts such as the French Declaration of the Rights of Man and a piece inspired by Marcel Duchamp’s The Bottle Rack (1914) with French and German chandeliers hanging from it, referencing the glitz of Chinese capitalism.