The Covid-19 Delta variant may be causing some jitters, but a glut of fairs from New York to Paris are planning to go ahead in the next two months 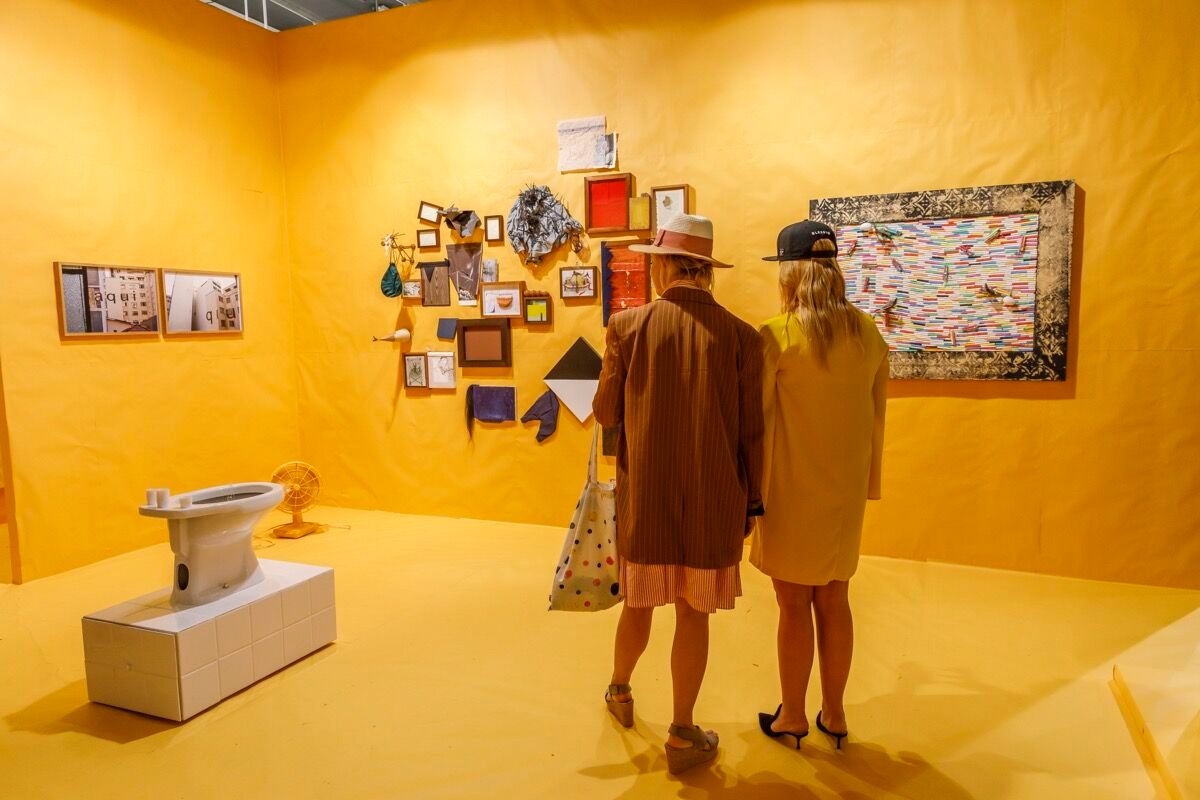 Not since our schooldays has the approaching September stirred such anticipation (and, perhaps, dread).

But after yet another summer of postponed events, this autumn sees the art fair circuit return to near-full swing (albeit with limited capacities, mandatory vaccination passports and Delta variant panic). And with several major fairs bumped down the year, the calendar now bursts at the seams, with the prospect of navigating it especially daunting after the prolonged lull of lockdown.

To help you stay on top of things we've compiled a list of the top commercial events taking place in the next two months, from Somerset House to Seoul. 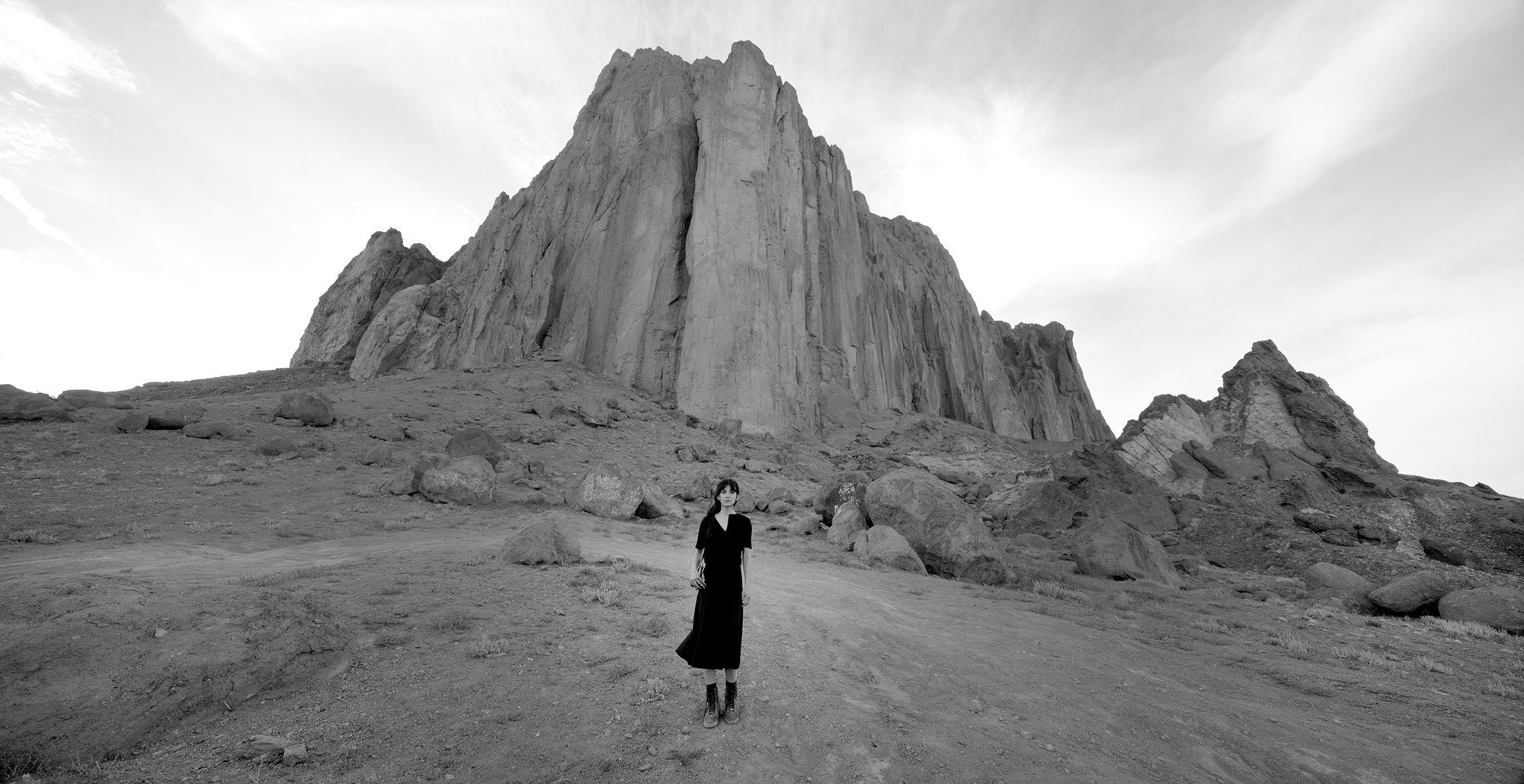 Eye of the Collector, 8-11 September

The inaugural physical event of Eye of the Collector, a new fair helmed by former Masterpiece chief executive Nazy Vassegh, will bring together 30 UK and international galleries inside a Gothic Revival mansion on the River Thames. Highlights include mid-career paintings by Perle Fine, an overlooked female Abstract Expressionist, brought by Gazelli Art House, and a 1st century AD torso of Bacchus.

Pioneering female photographers are set to be at the forefront of the next edition of the UK's biggest photography fair, including works from the archives of Lee Miller and the first full UK presentation of Shirin Neshat's 2019 series Land of Dreams, formed of over 100 photographs and a film installation that explore immigration in the American West. Meanwhile, an exhibition of works by the renowned war reporter Robert Capa will include over 50 rare prints and Capa’s first Leica camera.

After nearly two decades at Manhattan's west side piers, the grand dame of New York fairs moves to the Javits Centre at Hudson Yards, retaining an impressive roster of 157 IRL exhibitors including Victoria Miro and Sadie Coles HQ (although major blue-chip outfits like Pace, Gagosian and Hauser & Wirth are skipping this year's edition). David Zwirner is bringing new works by Wolfgang Tillmans and Nate Lowman and eight artists, including Grayson Perry and Tau Lewis, will feature works in the curated section Can you hear the fault lines breathing. 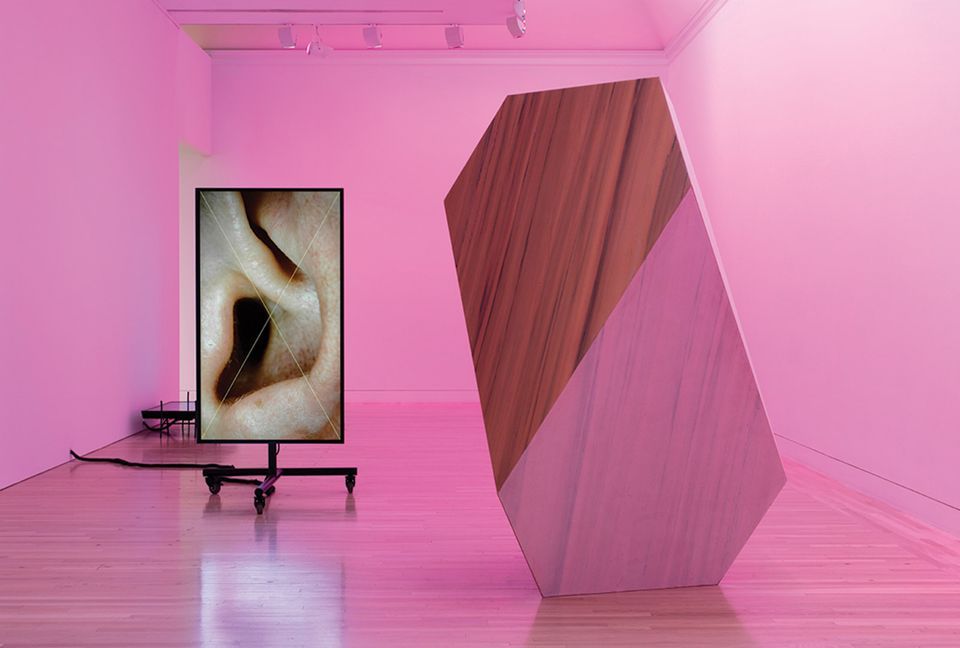 In the grand covered marketplace of Gostiny Dvor, moments from the Red Square, 78 galleries will gather for Russia's premier commercial art event. Established to bring focus to contemporary Russian and Eastern European art, exhibitors are largely Moscow-based. But the fair has in recent years begun to incorporate the widening tastes of the region's collecting class and a small handful of international galleries now feature such as Quimera from Buenos Aires and Ayyam from Dubai. 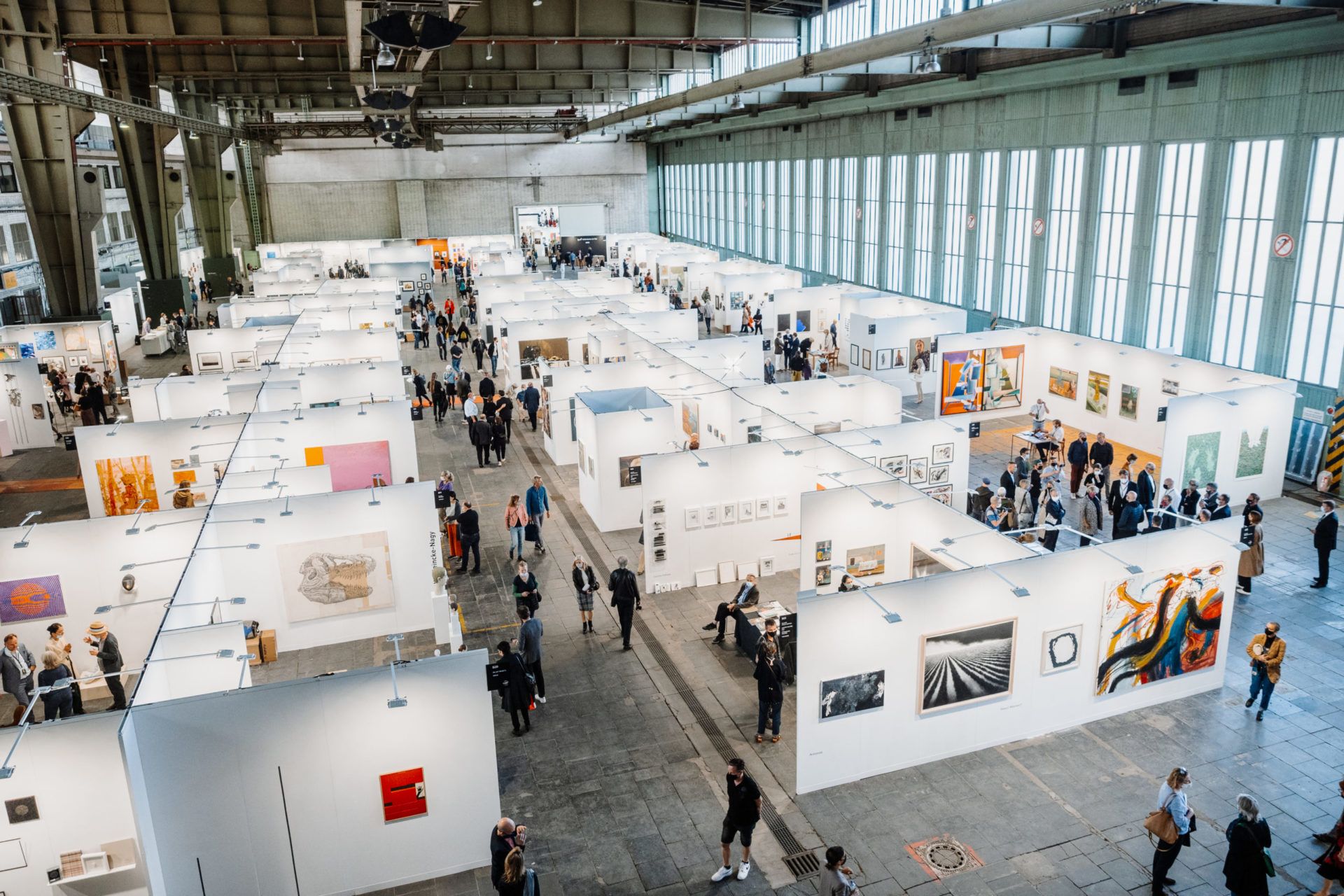 Held in two airy hangars of a disused airport, this is a fair that feels acceptably grungy for a city as historically averse to commercial art as Berlin. Now the only fair in the city following the cancellation Berlin Art Fair, Positions' eighth edition largely features smaller, emerging spaces from Germany and the surrounding region, such as Dam Projects and Galerie Michael Janssen (both based in Berlin). Notably, a number of heavyweight dealers such as Johann König and Thomas Schulte—who took part for the first time in the fair's 2020 edition—are absent from this year's lineup.

The first fair to take up residence in the Jean-Michel Wilmotte-designed Grand Palais Ephémère, a temporary structure located on the Champ de Mars, Art Paris returns with a roster of 140 galleries from 19 countries. These include Paris-based spaces such as Opéra, Kamel Mennour and Almine Rech. Continuing its commitment to support contemporary French art, this year's curated section on portraiture and figuration features paintings by a host of hot Gallic talent including Claire Tabouret and Guillaume Bresson.

The seventh edition of Barcelona Gallery Weekend brings together 33 galleries with the aim of connecting collectors from across Europe with fresh Catalonian faces. Returning participants include Senda and RociaSantaCruz , which will show paintings by Miquel Mont. And as with recent editions, the programme makes strides to incorporate a growing hub of galleries, studios and project spaces in the L'Hospitalet municipality in the city's southwest such as Ana Mas Projects and NoguerasBlanchard. 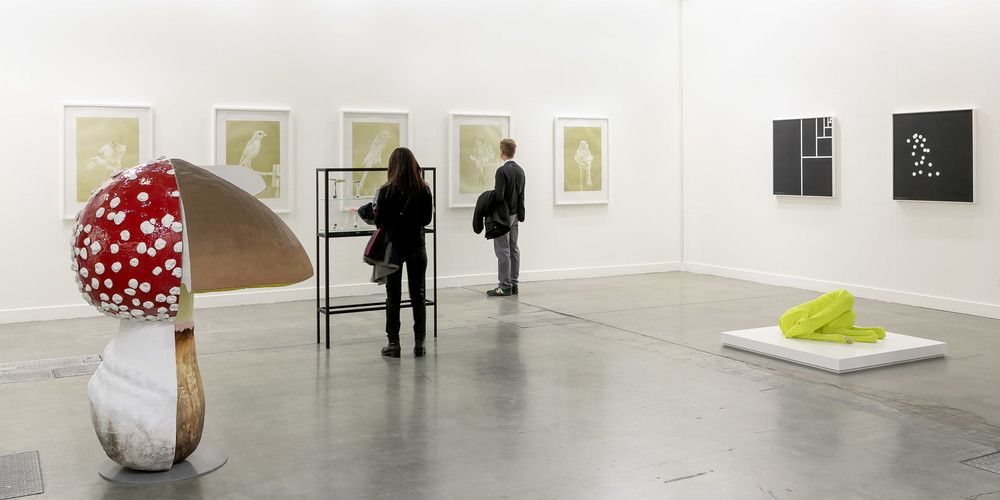 With this year's title taken from Charles Simić's poetry collection Dismantling the silence, Milan's international art fair has asked exhibitors to bring works that address the pandemic head on. Modern masters such as Fontana and Melotti feature heavily alongside established contemporary artists brought by Italian galleries such as kaufmann repetto and Continua. A strong emphasis is also placed on bridging time periods together, and the curated section Generations allows galleries to create a dialogue between two artists practising decades apart.

Serving as a prelude to Art Basel, as well as a major event in and of itself, Zurich Art Weekend sees the public and private art institutions within Switzerland's financial capital stage ambitious shows. Major galleries such as Hauser & Wirth and Eva Presenhuber partake alongside the city's museums, including the newly renovated Kunsthaus Zurich, which will show a monumental work, The 2000 Sculpture (1992) by Walter de Maria.

The granddaddy of the international fair circuit returns, a few months late but with nearly all 273 exhibitors from its cancelled 2020 line up. Some new additions offered to exhibitors, first trialled out at this summer's Art Basel in Hong Kong, include joint booths and "wunderkammers": smaller exhibitions staged inside another gallery's stand. And while for now it looks like most galleries will be participating IRL, Art Basel chief executive Marc Spiegler says that the number of dealers opting for "ghost booths", manned by Art Basel staff, might still rise in coming weeks as travel restrictions remain in flux amid the surging Covid-19 Delta variant. 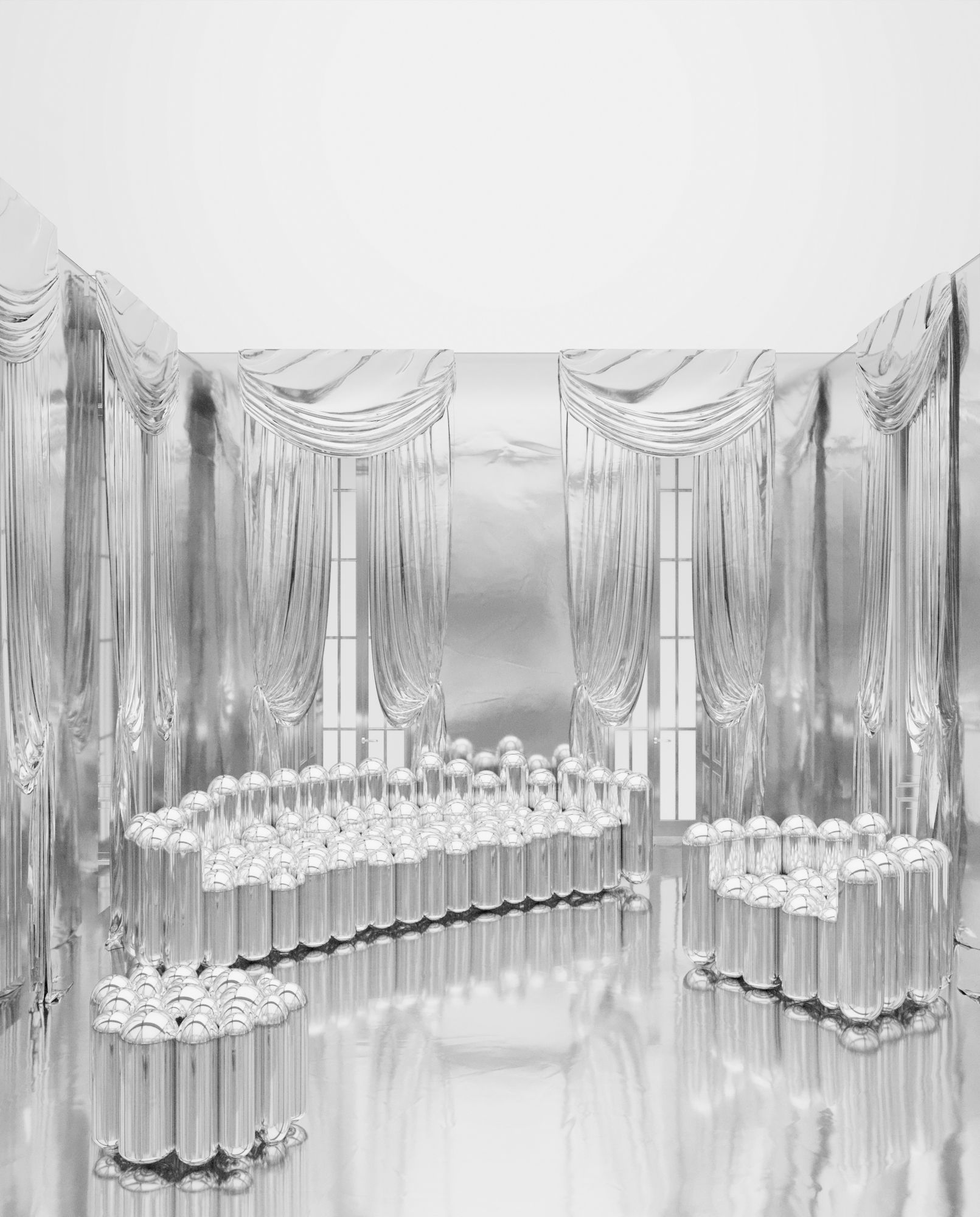 Ever since 2005, upon realising that rich people need expensive furniture to accompany their expensive art, Design Miami Basel has shown concurrently with Art Basel. This year will gather around 30 galleries and studios focused on design and interiors, with highlights set to include a 1985 Lalanne bronze chair and a $200,000 Jean Prouvé mid-century sideboard.

Although Liste is often touted as Art Basel's younger, hipper alternative, this year's relocation from the labyrinthine Warteck brewery to an expo hall in Messe Basel suggests that fairs, like people, all eventually grow up and start to resemble their parents. Of the 81 galleries from 33 countries exhibiting, seven have chosen to share booths, presumably to cut costs, or as Liste puts it "embody the pandemic's spirit of collaboration". Newcomers to the fair include Shanghai's Gallery Vacancy and VIN VIN from Vienna.

Over 50 emerging galleries from across the globe will take part in the youngest of the major Basel satellite fairs, the brainchild of collector and philanthropist Kamiar Maleki. Among the exhibitors are Mohsen from Tehran and Charlie Smith from London.

The pandemic and recent turmoil in the region led to Fine Art Asia forming an unlikely partnership with Art Basel in Hong Kong in 2020 (not continued this year). Highlights from 2021's edition will include a jade double-headed dragon from around 700 BC, offered by Hong Kong-based Rasti Chinese Art, and works on paper by Bridget Riley. Meanwhile the Hong Kong-based The Ink Society will present a special exhibition in tribute to the 20th century Chinese painter Ding Yanyong, often known the "Matisse of the East".

This is the last solo edition that KIAF Seoul, Korea's premier art fair since 2002, will hold before it enters a five-year partnership with Frieze starting in 2022. Around 170 exhibitors from 12 countries will feature this year. Major participating players from the domestic art scene include Kukje Gallery, Johyun Gallery, Hakgojae Gallery and PKM Gallery. Meanwhile a number of international galleries such as New York's Gladstone Gallery, Berlin-based Esther Schipper and Peres Projects all exhibit for the first time. 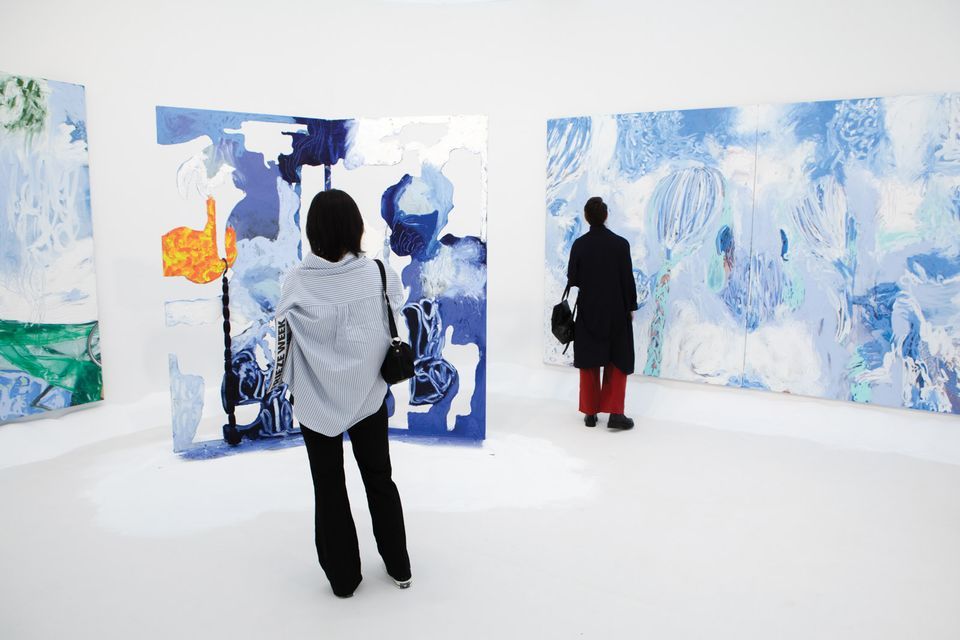 Frieze's October's fairs in Regent's Park return after a year's hiatus with 276 galleries from 36 countries expected to take part, including Matthew Marks Gallery, Mendes Wood DM and Maureen Paley. A short stroll—or even shorter BMW ride—away, Frieze Masters spans six millennia of art, from antiquities to Old Master paintings to overlooked masters of the 20th century including Feliciano Centurión, Beauford Delaney and Alice Rahon. This year also sees the launch of membership events across London, with VIP access to the fairs as well as artist studio visits, workshops and private tours. But keep an eye on this one though as the recent cancellation of PAD London is calling the status of London fairs into question.

A record 20 countries from Africa are represented at the ninth edition of 1-54 London, including Ethiopia's Addis Fine Art and Circle Art Gallery, based in Kenya, Nairobi. Galleries from Sao Paulo (HOA Galeria) and London (Yamamoto Keiko Rochaix) also take part. The fair will once again partner with Christie's to stage an exhibition curated by art critic Christine Eyene.

Temporarily ousted from the Grand Palais while it undergoes major reconstruction, France's top contemporary art fair has relocated across from the Eiffel Tower and brings 162 galleries with it. International names such as Waddington Custot and Esther Schipper join the ranks of Paris-based galleries Papillon and Marianne Ibrahim; younger galleries benefitting from Fiac's 50% stand discounts include Berlin's Sweetwater and Soft Opening in London. Accompanying the fair is a programme of performances and a short film festival.