From Riga to Los Angeles, biennials are searching for answers in troubled times

Manifesta 12, Made in LA, Riboca and the tenth Berlin Biennale explore whether art can make a difference in a rapidly changing world 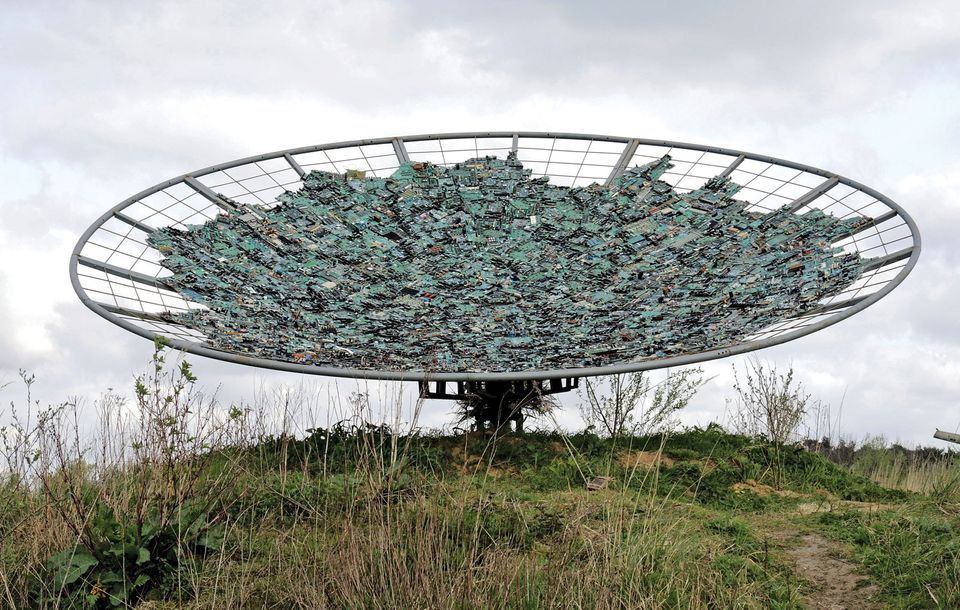 Cosmic Connection (2016) by Maarten Vanden Eynde. The Belgian artist will exhibit in Riga this month Courtesy of the artist and the Verbeke Foundation, Kemzeke, Belgium

The new kid on the (Eastern) bloc: Riga International Biennial of Contemporary Art

The Riga International Biennial of Contemporary Art (Riboca), which falls on the 100th anniversary of the three Baltic countries, is the first large-scale international art event to take place in the Latvian capital. One-third of the festival’s participating artists hail from Estonia, Lithuania and Latvia, so Riboca’s founder, Agniya Mirgorodskaya, hopes that the centenary celebrations will bring attention to names that are too often overlooked.

At the same time, she wants to avoid conflating regional artists into a catch-all term. “I don’t want to emphasise ‘Baltic’ as a concept,” Mirgorodskaya says. “By showing artists from these three countries, I want to show how different they really are.”

The biennial’s title, Everything Was Forever Until it Was No More (taken from a book by the Russian theorist Alexei Yurchak), was chosen by the exhibition’s curator, Katerina Gregos, to explore the nature of change. Riboca will be divided into several thematic clusters, exploring technological developments, political change, obsolescence and its aftereffects, and the repercussions of acceleration and speed. “Many recent exhibitions and biennials have been nostalgic and anachronistic, but Riboca sets its eyes firmly on the present,” Gregos says.

Unsurprisingly, Brexit will make an appearance, taking the form of a kiosk selling all things British—a creation of the YBA artist Michael Landy. Other highlights include “a towering sculpture made of vehicles” by the Belgian artist Maarten Vanden Eynde, displayed in one of Riga’s once-flourishing factories; a performance piece by the US artist Alexis Blake, focusing on the under-representation of women in the history of art, which will be performed at the National Museum of Art; and an outdoor installation called The Nest (2018), by the Latvian artists Katrina Neiburga and Andris Eglitis, which Gregos describes as “a bucolic structure with a twist”. “Almost half of the works are new commissions, so there will be many surprises,” she says.

It is still uncertain how Riboca will be received by the city’s creative scene. “When we had just started, people did not trust what we were doing,” says Mirgorodskaya, who is from St Petersburg but moved to Riga two years ago. She says, however, that launching the public programme—talks and workshops—before the opening of the biennial has generated a great deal of interest.

Mindful of the proliferation of biennials and the isolating effect they can have on local communities, Mirgorodskaya aims to build something that has a positive long term impact. “I want it to be a living organism, even in the years it is not active, and to keep bringing speakers and artists to Riga,” she says.

The biennial is “currently privately funded”, says a spokeswoman. 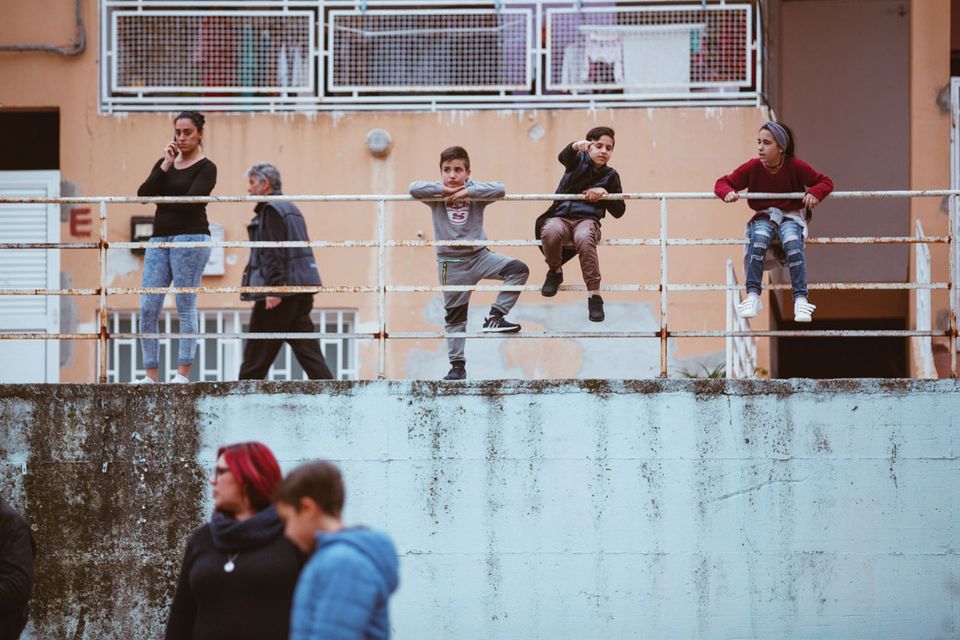 Coloco and Gilles Clément are turning abandoned land into a public garden in the city’s ZEN district CAVE Studio; © Manifesta

In 2015, when unprecedented numbers of refugees crossed the Mediterranean Sea into Europe, the nomadic biennial Manifesta announced that migration and climate change would be the themes of its 12th edition, to be held in Palermo, Sicily. “The city’s migration problems are symbolic of the far wider crisis that Europe is facing,” said Manifesta’s director, Hedwig Fijen, at the time. The biennial provided “a great challenge” to rethink how culture can drive a “long-term transformation process”, she said.

Rather than a single curator, it fell to an architectural practice, Rem Koolhaas’s OMA, to find an answer to that challenge. The firm picked four “creative mediators”: an architect, a documentary film-maker and a contemporary art curator, led by an OMA partner. Their concept, The Planetary Garden, sees the garden as a model of diversity, “where otherness is forced to find ways to coexist and it depends on the mutual capacity of species to care for each other”, says one of the four mediators, the Spanish architect Andrés Jaque.

The biennial’s programme is “grounded in realities… in Palermo” and has been developed in collaboration with the city’s residents, Jaque says. Several projects are immaterial, from a storytelling app created by the writer Giorgio Vasta to a pair of processions by the Nigerian artist Jelili Atiku and Italy’s Marinella Senatore.

The hope is that many of these grassroots interventions will leave a lasting legacy, Jaque says. He cites the efforts of the landscape designers Coloco and the French botanist Gilles Clément to create a public garden on abandoned land in ZEN, the city’s degraded social-housing district. The London-based duo Cooking Sections, meanwhile, are reviving Sicily’s traditional techniques for watering plants in dry conditions as part of a series of installations.

Rather than imposing a “city-wide redesign”, Manifesta will direct “energy” towards wider social debates in Palermo, Jaque says. It will open with an event that confronts the refugee crisis head-on: a “borderless summit” of intellectuals, artists and politicians from across the world. In this, it takes its cue from the city’s mayor, Leoluca Orlando, a passionate advocate of migrants’ rights, who has accused the European Union of “genocide” in its handling of the crisis.

The main sponsor is the Sisal Group. 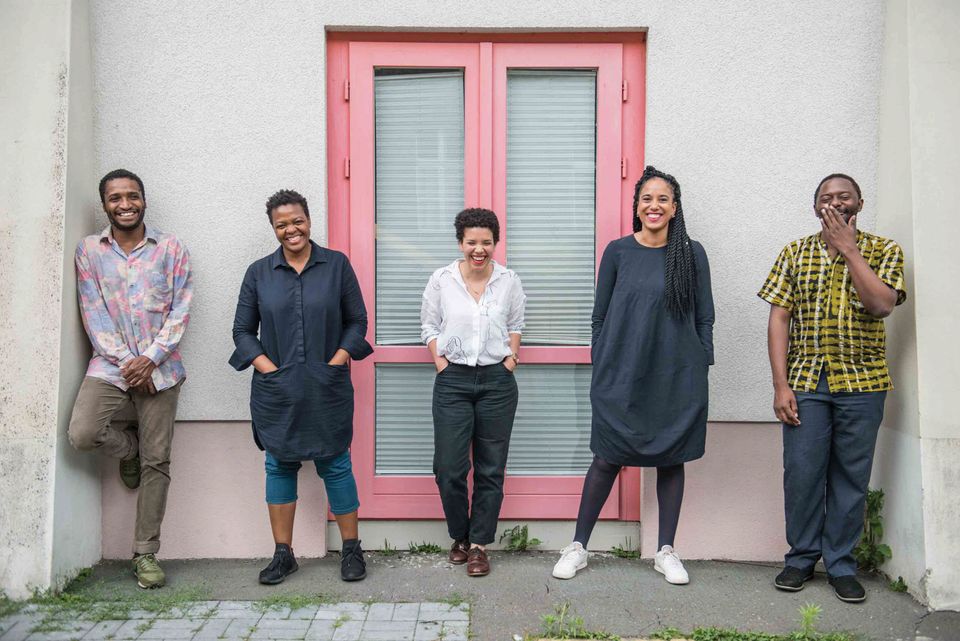 The curators of this year’s Berlin Biennale aim to “think beyond art” F. Anthea Schaap

Artists and curators have long understood that art alone cannot change the world. In times of political turmoil, however, artists seem to increasingly engage with social issues. This idea is at the heart of the tenth Berlin Biennale, organised by the curator Gabi Ngcobo, who is known for her collaborative and educational projects. Named after Tina Turner’s 1985 pop song We Don’t Need Another Hero, the biennial will host artists and contributors who “think and act beyond art”.

The team of curators does not see the exhibition as a form of activism (like the biennial’s Occupy-inspired edition in 2012), but instead emphasises that “everything is political”. The aim is to disrupt and question power structures and to propose a “fresh grammar” for a changing world. Almost 50 artists will take part, including Mildred Thompson, Simone Leigh, Sondra Perry and Oscar Murillo.

The biennial is funded by the German Federal Cultural Foundation. 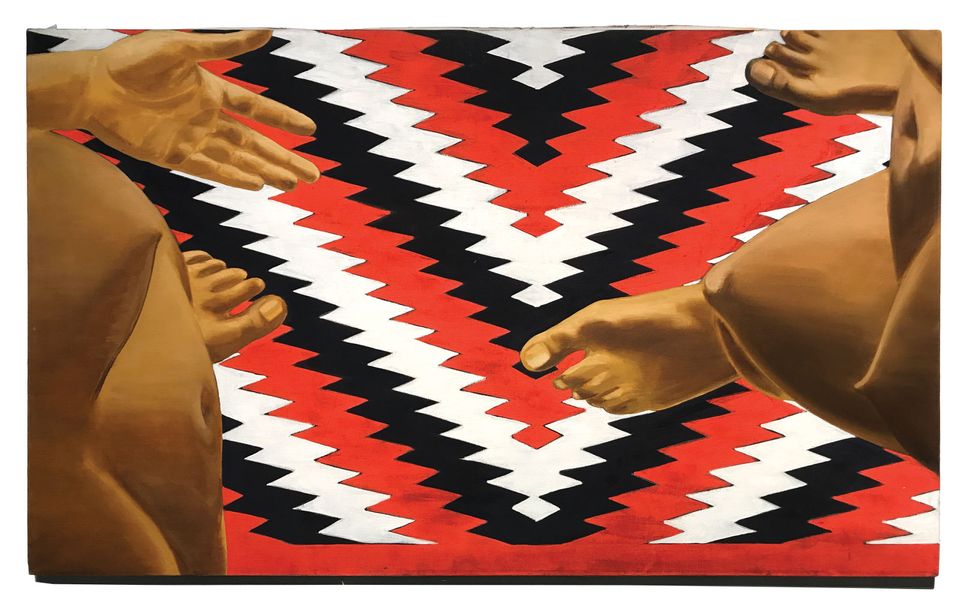 Luchita Hurtado’s Untitled (1970) is among the older works on display Cole Root; courtesy of the artist and Park View/Paul Soto, Los Angeles and Brussels

The local biennial for local people: Made in L.A. 2018

“It just speaks to the diversity of practices here—the fact that we can do this every two years,” says Anne Ellegood, who has co-organised the fourth edition of Made in L.A., a biennial at the Hammer Museum in Los Angeles that shows work exclusively by local artists.

Ellegood and her co-curator, Erin Christovale, made more than 200 studio visits to choose the 32 artists represented in the show. “The past few years have been this complete descent of artists and galleries and new museums that have popped up all over the place,” Christovale says.

The artists include Los Angeles natives such as Lauren Halsey, who explores the preservation of communities amid the city’s rapid development, and newer arrivals such as the Iranian artist Gelare Khoshgozaran, whose film Medina Wasl, Connecting Town (2018) was shot in a simulated Iraqi village used for training at a California military base.

Made in L.A. 2018 has no single theme, but the city “shows up in various forms”, Christovale says. “The landscape of Los Angeles is prominent,” she adds. This includes depictions of recent wildfires, such as Flora Wiegmann’s new piece comprising choreographed movements, Reduction Burn (2018), which will be presented on video loop as well as being performed live.

Although the majority of the works are new, there are notable exceptions, such as pieces by the nonagenarian Venezuela-born artist Luchita Hurtado. But what could reflect the zeitgeist more strongly than an older female artist getting her due?

The main supporters of the show are the Mohn Family Foundation, the Hammer Circle and The Andy Warhol Foundation for the Visual Arts.

• Made in L.A. 2018, Hammer Museum at the University of California, Los Angeles, 3 June-2 September