Rosewater soda and a coronavirus memorial: what to see at the Brent Biennial

This year the London borough of Brent, situated in the north west of the capital, plays host to the inaugural Brent Biennial. Best known internationally as the home of Wembley Stadium, which hosts the FA cup final, this diverse corner of the city will now see 23 new artist commissions spring up in its public spaces, libraries and streets, starting from this weekend until the end of the year. Here are six not to miss. 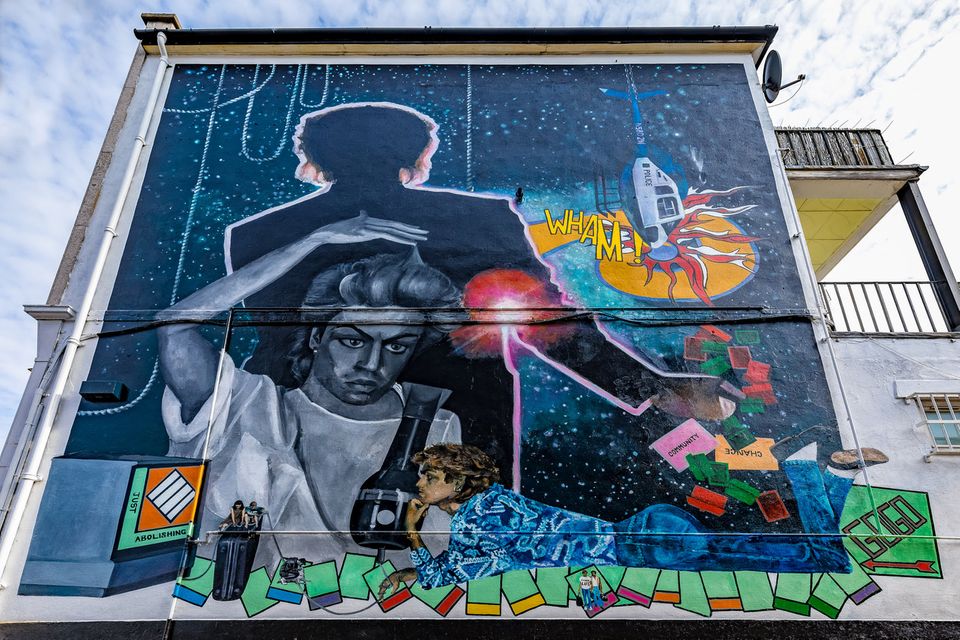 The British painter Dawn Mellor’s nine-metre-high mural George Michael TV Outside is a permanent celebration of the late singer-songwriter and local hero George Michael who lived in Kingsbury and went to school nearby until his early teens. Less ravaged than some of her other celebrity depictions, Mellor presents a fresh-faced youthful 1980s Michael, brandishing a hairdryer and lolling in stonewashed jeans. He’s framed by his own iconic silhouette from the 1984 Careless Whisper music video and surrounded by a dynamic montage of moments from his life and career. But his pensive demeanour and turbulent surroundings also pay tribute to the personal price he paid as a pioneering cultural and LGBTQ+ figure. Monopoly houses tumble through space and a police helicopter nosedives into a yellow brick road, exploding in a Lichtenstein Wham! 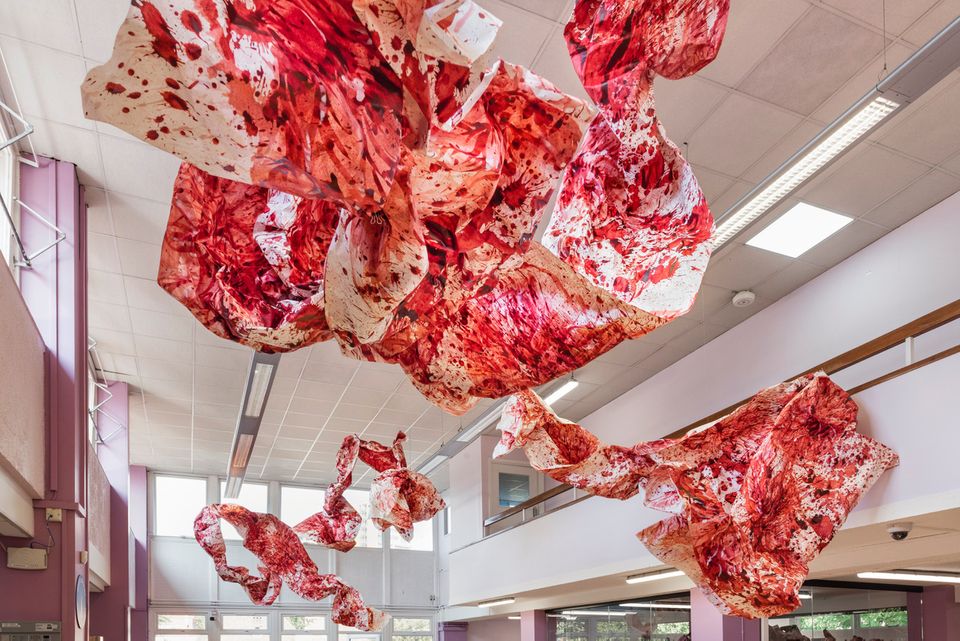 The Pakistani artist Imran Qureshi’s dramatic and unsettling intervention into the Ealing Road Library’s main atrium And they Still Seek Traces of Blood suspends large twisted flourishes of paper splattered in gore-red paint overhead. Thousands more crumpled, paint stained paper sheets are also crammed into a glass-walled chamber. Social distancing forbids physically rummaging and getting submerged in the balled-up paper mountain, but their packed forms still have a stifling presence. These audacious sculptural works play with and off the two delicate paintings rendered by Qureshi in traditional Mughal miniature style, which in turn are quietly subverted by showers of meticulously-executed bloody droplets. 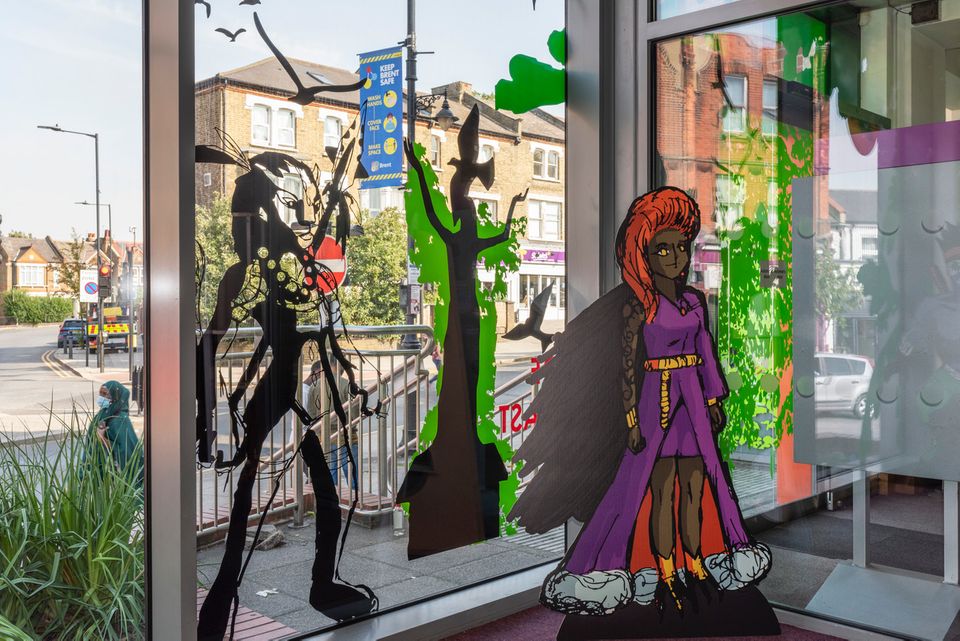 The British artist David Blandy has worked with young local people to imagine what Harlesden will look like 8,000 years from now. This takes the form of a lush, flooded, forested terrain abandoned by humans who have lived underground for millennia, with new life forms emerging on the surface. Large-scale images of this post-human world and its population of hybrid humanoids rendered in bold vinyl cut-outs fill the library and run across its façade; while a timeline stretching up the library stairs traces the history of the area, from a small Saxon settlement through to a Tudor village and into its imagined future, set in a high fantasy world of The World After in the year 10,000. Here, the shore of the inland sea near Harlesden runs along the edges of what was Kensal Green and Acton. 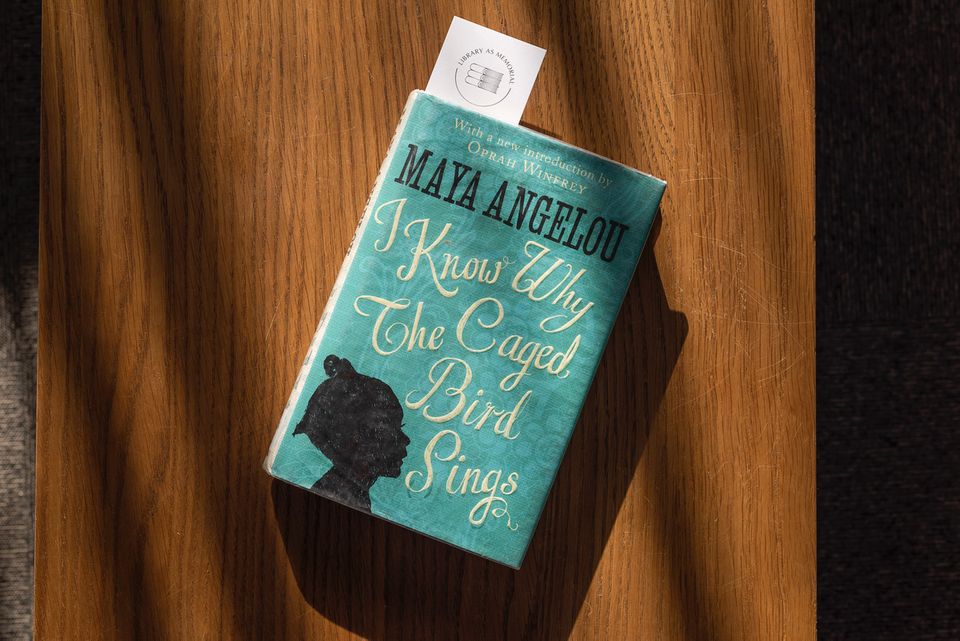 Brent has been the worst hit borough in the UK by Covid 19, with the highest overall mortality rate during the height of the pandemic. Ruth Beale uses the library books to make a memorial in the form of a book dedication, by placing a bookplate in 491 carefully selected books: one for every victim of coronavirus in the borough up to September 2020. The public are then invited to choose a book and add a dedication for anyone they know who has died. The books, which come from libraries across Brent, will then be redistributed throughout the county and also loaned across London as part of the London Library Consortium. Beale has also made a new film work documenting Brent’s libraries during lockdown when these crucial public spaces were closed to the communities who needed them most. 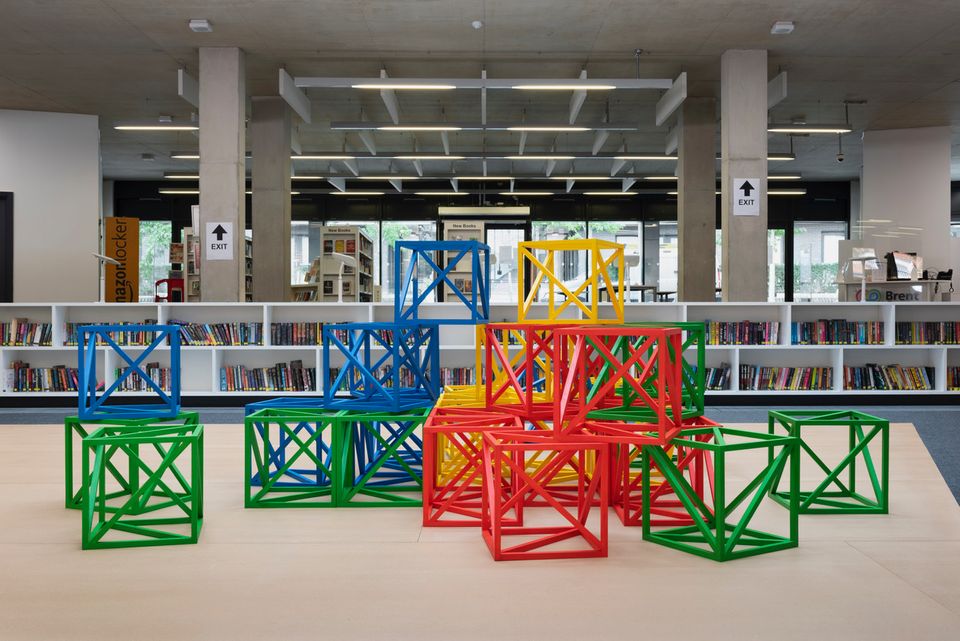 Zero to Infinity at The Library at Willesden Green © Thierry Bal

Thirty-six of the Karachi-born, Cricklewood-based artist Rasheed Araeen’s trademark lattice cubes painted in bright red, blue, green and yellow have been placed in Willesden Green Library’s central space. Visitors, and especially children, are encouraged to arrange and move them around at will. Both democratic and rigorous, they form an anarchic as well as an orderly presence. After all, you are not meant to mess with Minimalist sculpture and certainly not in a library. An accompanying exhibition of geometric paintings and drawings also pays testament to the Arabic poets, philosophers and non-Western modernities that have fed into the radical conceptual work of Araeen. Now acknowleged as one of the UK's most important artist-activists, he is renowned for mixing things up and fighting prejudice for over half a century. 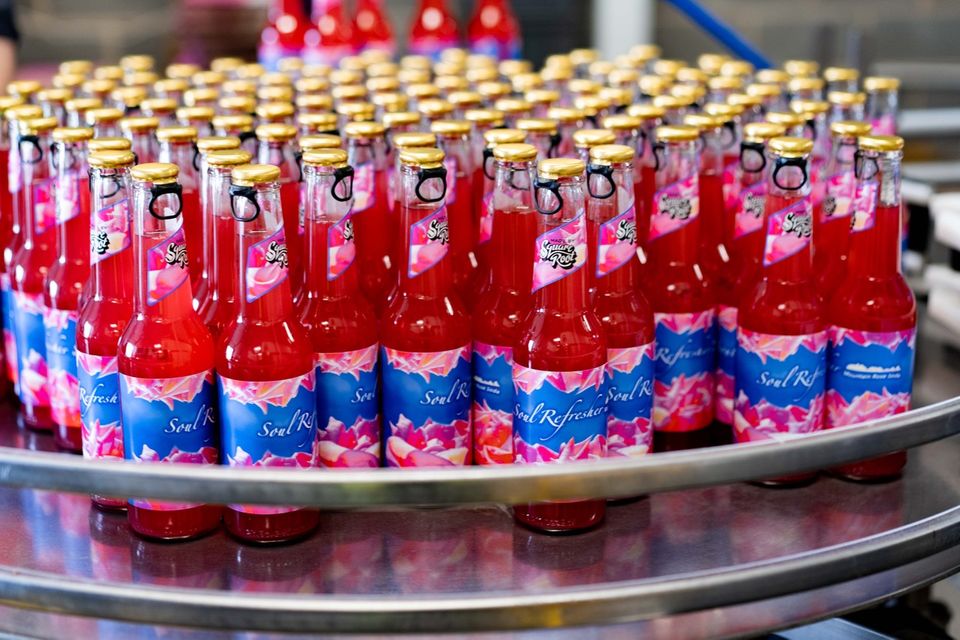 A delicious pink drink to refresh the soul and restore the sugar levels has been developed by the Abbas Zahedi in collaboration with Square Root Soda works. This most participatory of works will be on sale as a limited-editon of 3,000 bottles in a number of local sites. But predominantly, it will be distributed for free throughout the borough by Sufra Food Bank, a local charity that the artist helped establish in 2013 to address both the causes and consequences of impoverishment in Brent. Art, food, drink and care are all addressed here.