Meet the last Renaissance man: Goethe's influence on art explored at the Bundeskunsthalle 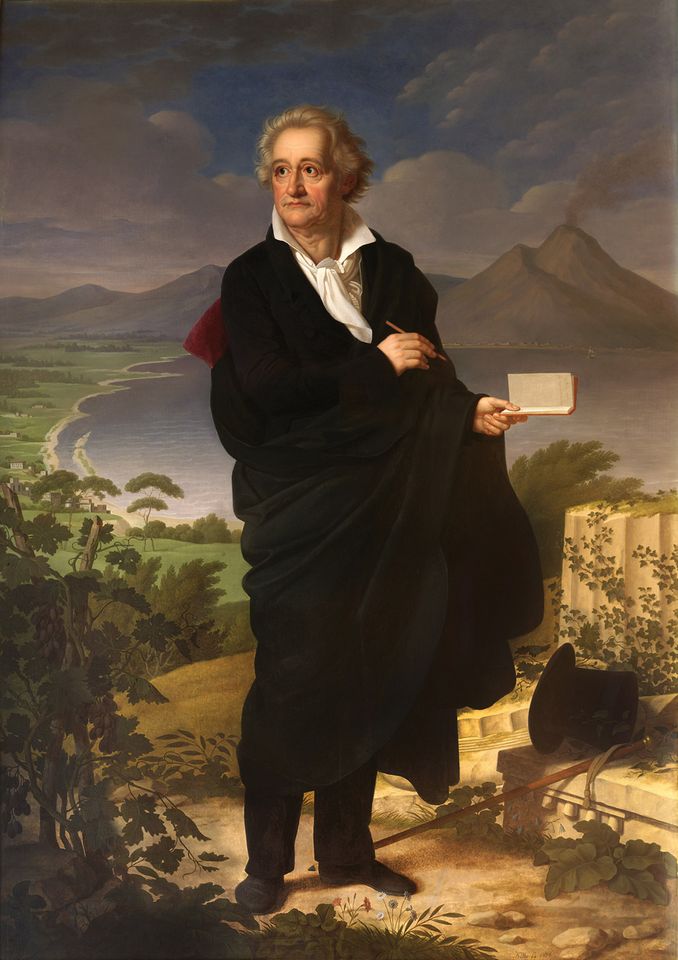 Johann Wolfgang von Goethe (1749-1832) dominated the European intellectual world in the late 18th and early 19th centuries. He might well be said to have been the last Renaissance Man—poet, novelist, playwright, botanist, geologist, optical scientist, politician, philosopher, literary historian, art critic, theorist and collector—there was hardly any area of knowledge in which he did not command respect for his views. Since his death, his work has been reinterpreted and assessed in numerous ways, positively and controversially, and his scientific theories superseded.

An extensive exhibition at Bonn’s Bundeskunsthalle of more than 300 works—including paintings, sculptures, drawings, prints, photographs, memorabilia, film and music—will present a synthetic account of Goethe’s life and work in nine thematic sections, mostly with historical examples. Among these are portraits of Goethe by Angelika Kauffmann and Heinrich Christoph Kolbe, Goethe’s notes for Werther, his annotated German translation of the Koran, Goethe’s own drawing of the appearance of the Earth Spirit from Faust, plus selections from his collections of minerals, maiolica and seals.

As is now de rigueur, modern and contemporary works are included to demonstrate how Goethe is “relevant”, the unstated assumption perhaps being that he could not be interesting per se and needs help to be made comprehensible. This is advertised as one of the main aspects that distinguishes the Bonn exhibition from the last major show on Goethe at the Schirn Kunsthalle in 1984. 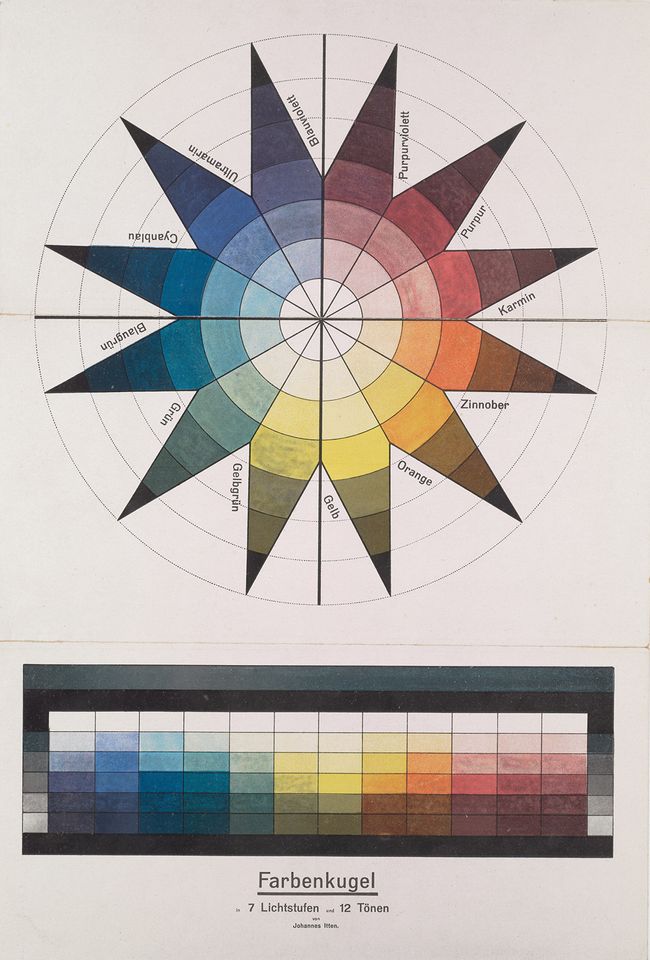 Attempts to connect Goethe and modernity appear as casual hook-ups rather than elective affinities but two sections should manage to cohere. In “The World of Senses—Goethe’s Theory of Colours”, his colour wheel is related directly to the work of Paul Klee, Piet Mondrian and Johannes Itten, and through them to Kandinsky and, later, Josef Albers. (Goethe rejected Newton’s prismatic explanation and argued for a more perceptual or psychological explanation of how we see colour.)

Elsewhere, Olafur Eliasson’s Tell me about a miraculous invention (1996) is a kinetic interrogation of Goethe’s colour theory. White and green spotlights are focused on a mirror that reflects a rotating disc, casting shadows: white appears green, and green red, a phenomenon investigated by Goethe in the late 18th century. 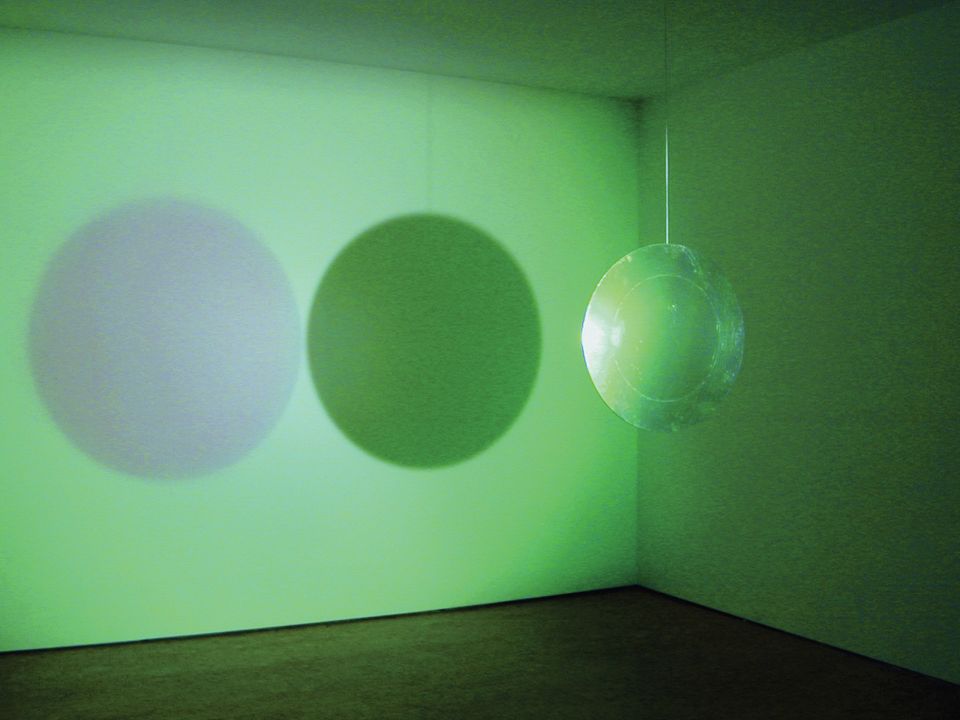 Works by other contemporary artists such as Regine Schumann, Asta Gröting, Cy Twombly and Arnulf Rainer will be on view to validate Goethe’s currency, while Warhol’s screen print, Goethe (1982) is the poster image of the show.

The exhibition has been organised by Johanna Adam, a curator at the Bundeskunsthalle, and Thorsten Valk, a curator at the Klassik Stiftung Weimar, and is a collaboration between the two institutions. The catalogue, Goethe. Die Verwandlung der Welt, is published by Prestel (€45, hb).

• Goethe: Transformation of the World, Bundeskunsthalle, Bonn, 17 May-15 September

Goethe the Romantic? Not likely 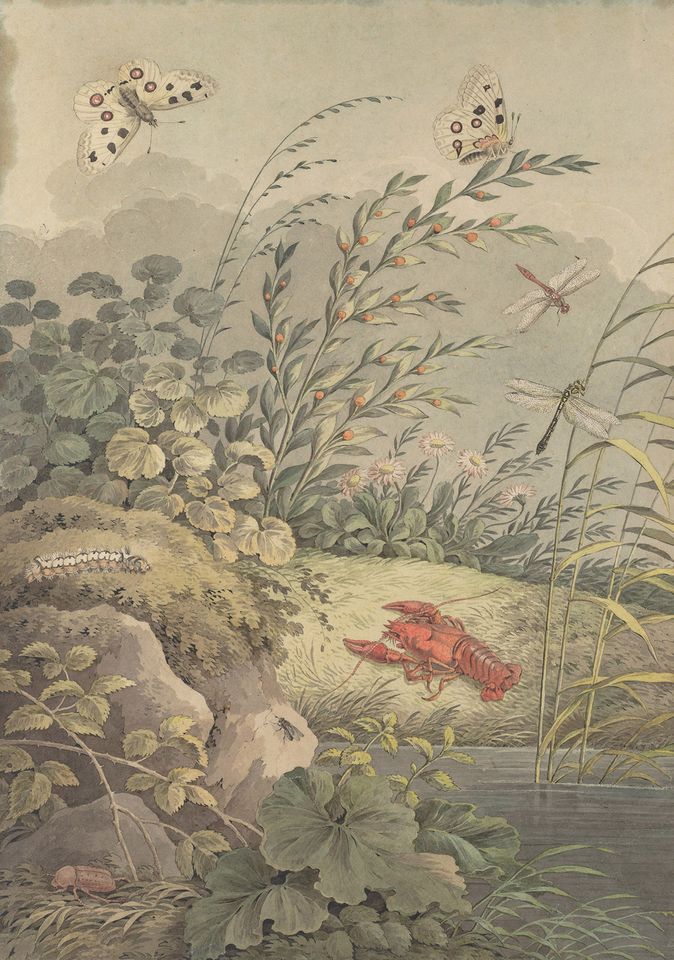 Goethe wrote extensively about art, yet his ideas had little effect on the works that were produced in his lifetime or after. He famously condemned Romanticism, calling it “sick”, and pronounced Classicism “healthy”, yet Romantic artists were principal purveyors of the visual realisations of his poetry and plays. The exhibition Romantic Germany, opening this month at the Petit Palais, is not designed to complement the Goethe show in Bonn, but it makes a good companion. The 140 drawings were chosen by Goethe in his role as the chief art adviser to the Grand-Duke of Saxe-Weimar-Eisenach. and include the proto-Romantics, Philipp Runge and Caspar Friedrich; the Nazarene artists Friedrich Overbeck, Wilhelm Schadow, Julius Schnorr von Carolsfeld, Carl Philipp Fohr and Franz Theobald Horny; and the more characteristically Romantic artists Carl Friedrich Schinkel, Moritz von Schwind and Ludwig Richter. Landscapes predominate, but Bible stories, medieval legends and genre scenes also figure in the seven sections of the exhibition.