Burst of Venetian colour in largest show of Titians in Germany 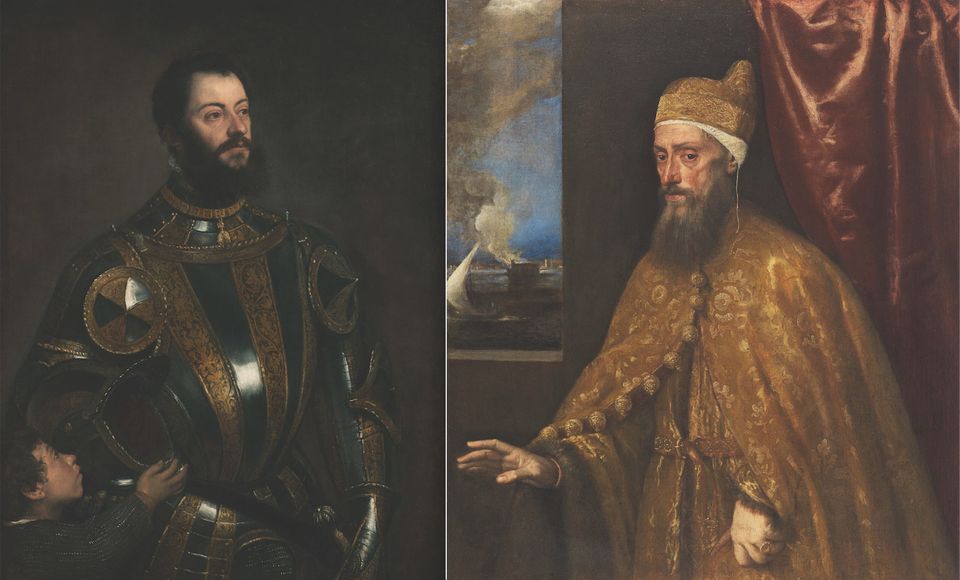 The artists of Renaissance Venice were spoilt for choice when it came to colours. As a port at the centre of the glass and textiles trades, the city imported a vast array of the finest dyes and pigments. Where their Florentine counterparts bought pigments from chemists, Venetian artists had access to specialist shops.

Titian recorded the features of his own pigment dealer, Alvise dalla Scala, in a portrait depicting him with a palette and scoop. The 1561-62 painting from the Dresden State Art Collections is part of an exhibition at Frankfurt’s Städel Museum that brings together the largest selection of works by Titian ever shown in Germany. More than 20 Titians, including atmospheric landscapes, portraits and mythological works, are displayed alongside paintings and drawings by other Venetian masters such as Giovanni Bellini, Jacopo Palma il Vecchio, Sebastian del Piombo, Jacopo Tintoretto and Paolo Veronese. 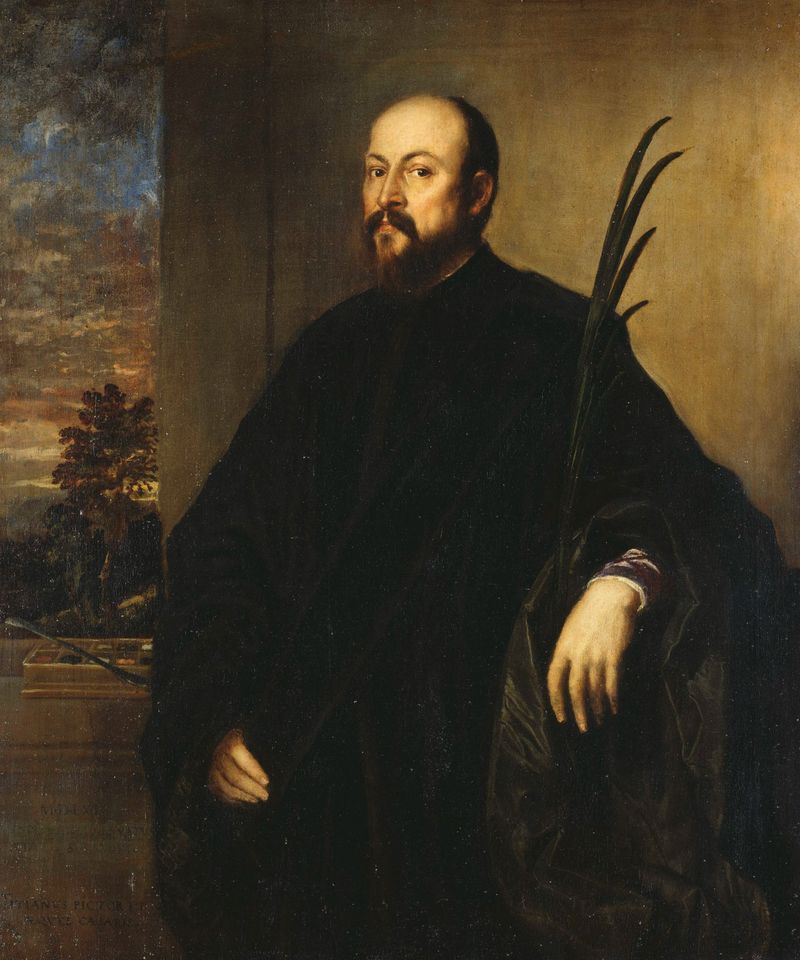 “It is remarkable that there has never before been a major survey of the Venetian Renaissance in Germany,” says Bastian Eclercy, the show’s curator. “It’s surprising because it’s such a classic exhibition subject internationally.”

Visitors to the Städel will be transported to Venice as it was at the end of the 15th century by a giant woodcut print giving a bird’s-eye view of the city. Designed by Jacopo de Barbari and published by Anton Kolb (1498-1500), it gives minute details of the city’s squares, canals and palaces.

The exhibition is organised thematically into eight sections. The pigment seller features in a chapter on colour, a distinguishing characteristic of the Venetian painters, who also favoured visible brush-strokes over the smooth surfaces popular in Florentine painting. 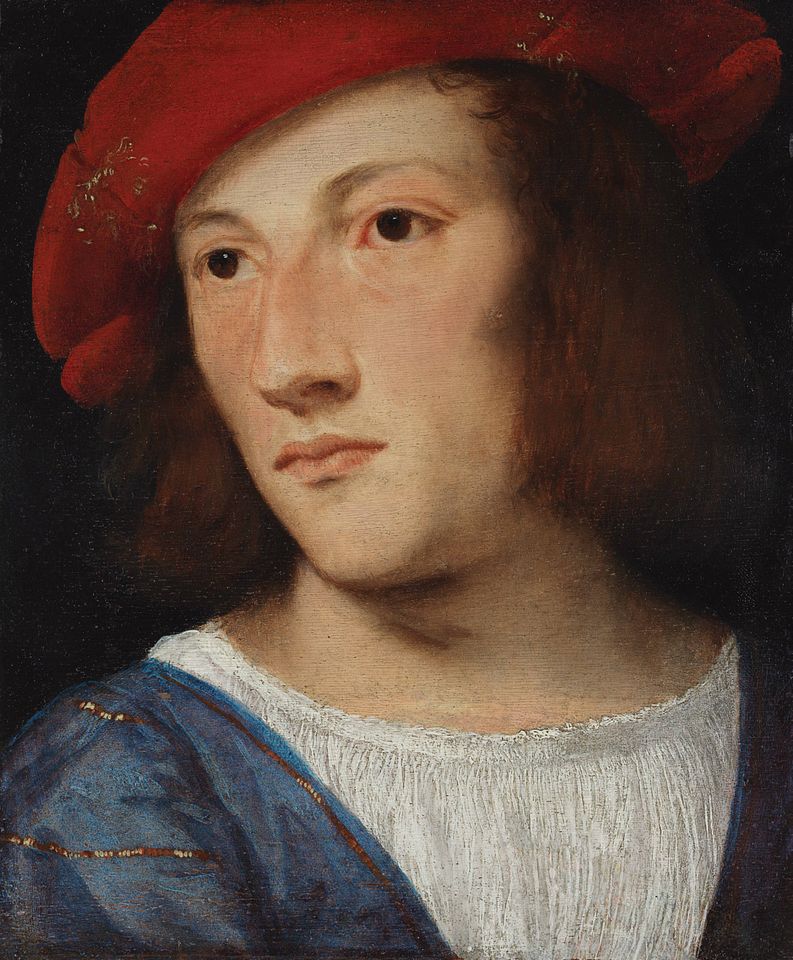 Another section focuses on portraits of men, including Titian’s Portrait of Alfonso d’Avalos (1533), the governor of Milan and commander general of imperial forces in Italy, an early example of one of art history’s most enduring types of painting: the standing state portrait. He is depicted in elaborate armour with a tiny page boy looking up at him.

Sebastiano del Piombo’s Woman in Blue with Incense Burner (around 1510), on loan from the National Gallery of Art in Washington, is given a different title that represents Eclercy’s new interpretation of the painting. Instead of the work being a portrayal of a “wise virgin”, as has previously been assumed, he says it is an early example of the “belle donne” genre: idealised portraits of women designed to enchant the viewer. Previous interpretations held that she was carrying a lamp; instead, it is an incense burner emitting exquisite aromas to bewitch and seduce, Eclercy says. 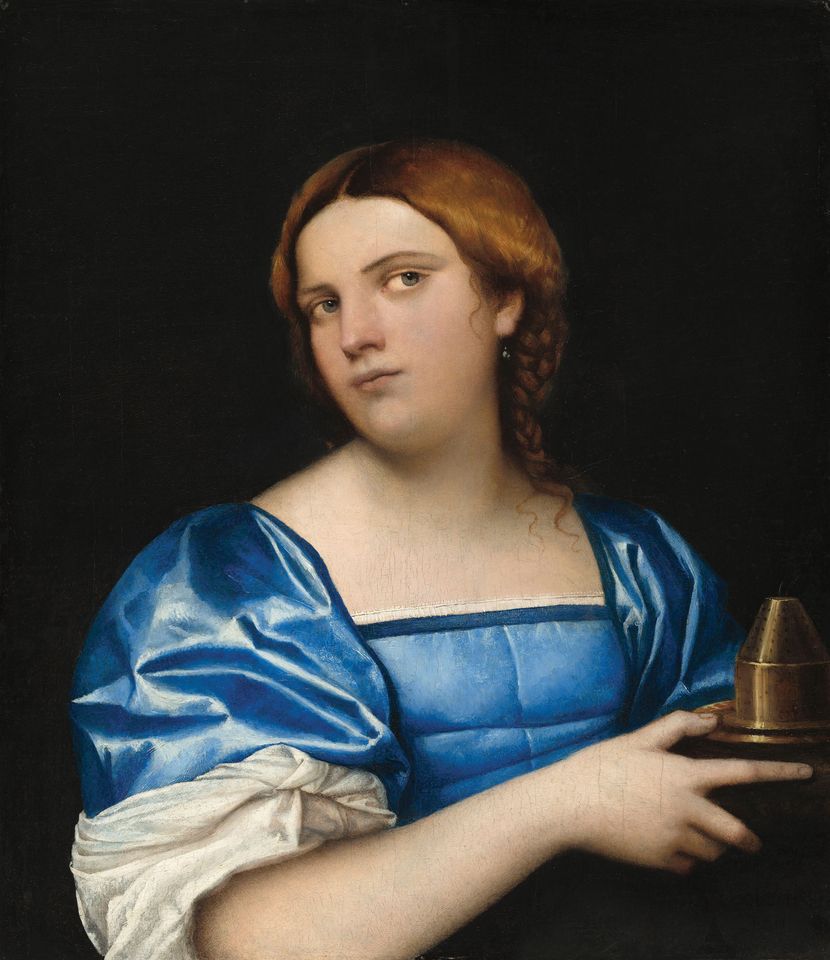 The influence of Florentine painting on Venice is addressed in another section. Works such as Titian’s Study of St Sebastian (around 1520) and Tintoretto’s St Jerome (1571-72) reflect the impact of Michelangelo’s powerful male nudes on the Venetians. The concluding section explores the impact Venetian painters had on generations of artists to follow, from El Greco and Théodore Géricault to contemporary artists such as Thomas Struth.

More than 60 museums in Germany and around the world have loaned works for the show, which is sponsored by the Dagmar Westberg Foundation and the Kulturfonds Frankfurt RheinMain. A 272-page catalogue is published in English and German by Prestel Verlag.

• Titian and the Renaissance in Venice, Städel Museum, Frankfurt, until 26 May