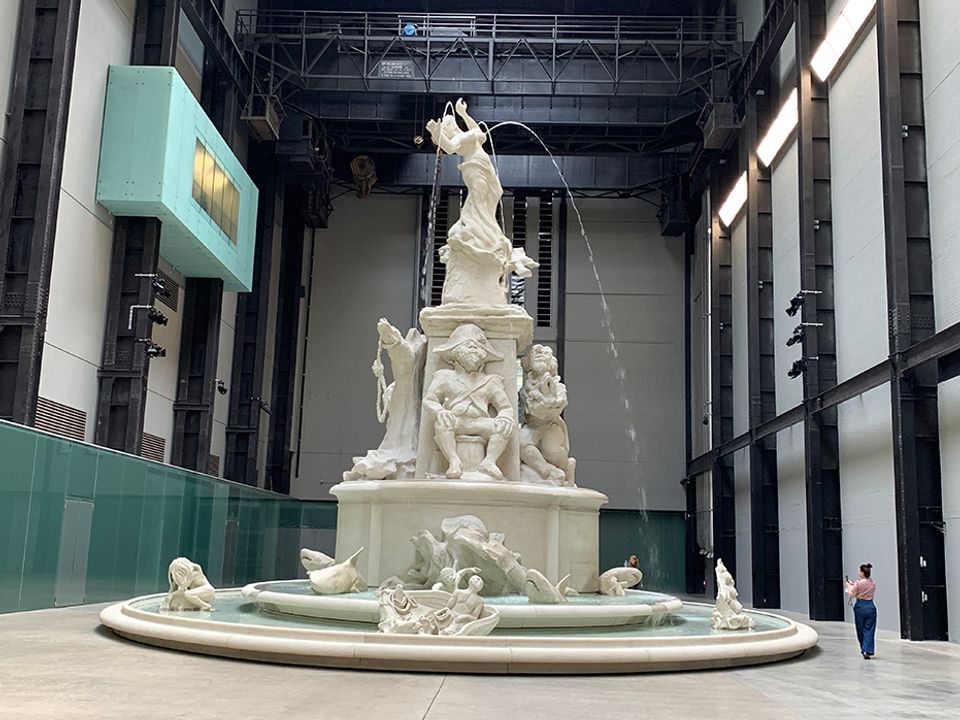 Kara Walker’s 13-metre high fountain, entitled Fons Americanus, fills the Turbine Hall at Tate Modern (2 October-5 April 2020), giving the colossal space a sense of spectacle and scale lacking with previous years’ Hyundai commissions. The piece explores the interconnected histories of Africa, America and Europe over the centuries, referencing the transatlantic slave trade, the British Empire and Afro-Brazilian religions. The fountain, rising from two oval basins filled with water, is modelled on the grandiose Victoria Memorial in front of Buckingham Palace. Seeking out the sculptural figures dotted around the water work is part of the fun; these include JMW Turner’s Slave Ship (1840) and Damien Hirst’s formaldehyde shark from The Physical Impossibility of Death in the Mind of Someone Living (1991). The full title of the work, presented in the form of a poetic discourse, is painted on the Turbine Hall wall. “Behold the Sworling Drama of the Merciless Seas, Routes and Rivers, upon which our dark fortunes were traded,” writes Walker. And on a lighter note: “Sitting is Strongly Encouraged on the Large Oval-Shaped benchlike area.” 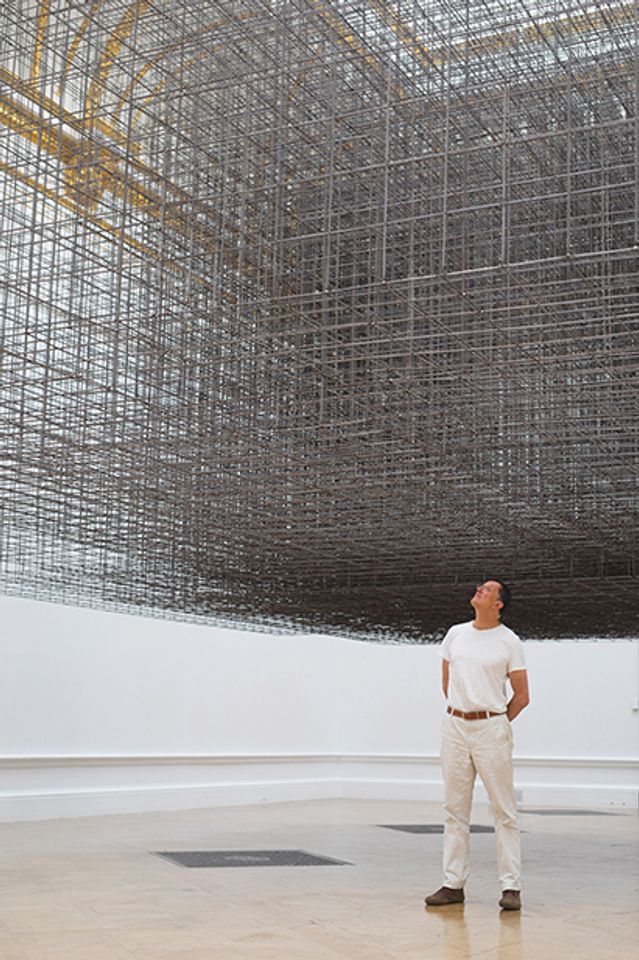 The Immense Matrix III (2019) is composed of approximately six tonnes of steel mesh David Parry; courtesy of Antony Gormley and the Royal Academy

The most spectacular, super-sized works in the survey of Antony Gormley’s output at the Royal Academy are garnering all the headlines, reiterating the sculptor’s place in today’s art pantheon as a man who can make the impossible (sort of) look possible. Cave (2019) is a monster of a work, its cuboid forms filling every nook and cranny of the refined gallery space (bold visitors can enter the belly of the beast, although this is not for the faint-hearted). Another work designed to rupture the gilded Royal Academy setting is Clearing VII (2019), a “drawing in space” made from around 8km of square section aluminium tube; choosing a route through this huge ball of wire wool takes dexterity and patience (best skirt around the side). Do not dwell on the bigger works for too long as Gormley’s impressive and expressive drawings, including Mould (1981), often reveal the germs of his ideas. 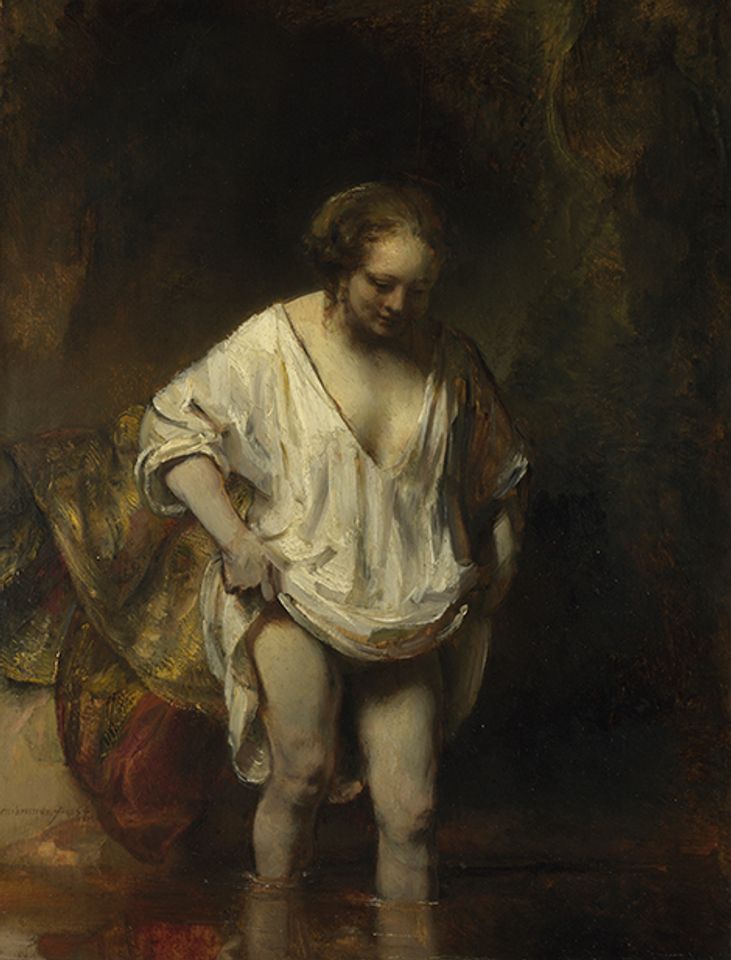 Rembrandt’s A Woman bathing in a Stream (Hendrickje Stoffels?) (1654) © The National Gallery, London

To mark the 350th anniversary of Rembrandt’s death, the Dulwich Picture Gallery has invited the Hollywood cinematographer Peter Suschitzky to devise “an atmospheric visitor experience” for its latest exhibition, Rembrandt’s Light, which explores the artist’s use of light and shadow to convey different moods. Suschitzky is best known as the man behind the overall visual styles of several well-known films, such as The Rocky Horror Picture Show (1975) and Star Wars: The Empire Strikes Back (1980). The cinematographer has long been inspired by the Old Masters, in particular Rembrandt who strove “to find a universal truth in the human condition and used light to create motion and emotion”, he says. “This parallels cinematography, where sculpting light and directing the gaze of the viewer to the desired place in an image is essential for powerful storytelling.” The exhibition features a thematic display of 35 paintings, drawings and etchings.

Other Spaces, The Store X, The Vinyl Factory, 180 The Strand (until 9 December)

The Store X, The Vinyl Factory is showing a trio of immersive installations including the UK premiere of The Great Animal Orchestra (2016), an audio-visual work consisting of animal noises from an archive of more than 5,000 hours of recordings collected over the past 50 years. A collaboration between United Visual Artists (UVA) and the US musician and naturalist Bernie Krause, the piece is being presented in conjunction with the Fondation Cartier in Paris where it debuted. An ode to the beauty of the natural world, each screech, chirp and mating call merges into a bio-acoustic piece that “is as carefully orchestrated as humanity’s most complex musical scores”. Electronic spectrograms, created by UVA, provide abstract visual interpretations of the natural environments represented. “It is rare for the visual element of a work to be secondary to its audio; we have turned the typical museum installation model on its ear,” Krause says. 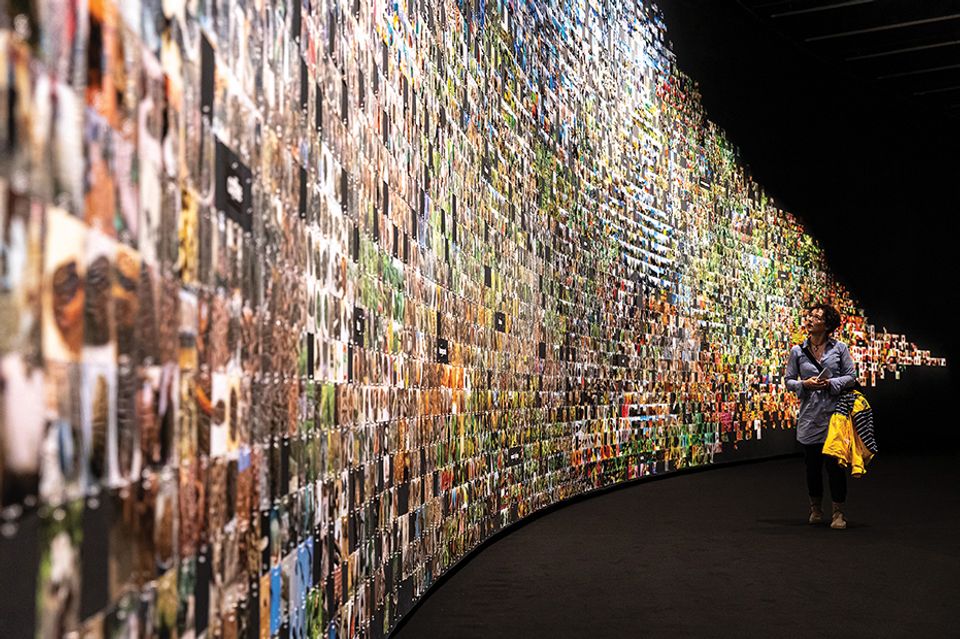 At his Barbican show the US artist embarks on a journey into ImageNet’s classifications, beginning with everyday objects like an apple and progressing towards abstract categorisation Photo by Tim P. Whitby/Getty Images for Barbican Centre

Trevor Paglen: From Apple to Anomaly, The Curve, Barbican Centre (until 16 Feb 2020)

Trevor Paglen explores the unseen networks of power that monitor and control us, documenting secret US government bases, offshore prisons and surveillance drones. In the run up to the show, Paglen collaborated with the artificial intelligence researcher Kate Crawford to launch ImageNet Roulette, an online interactive project which revealed the often racist or misogynistic ways in which ImageNet—one of the largest online databases that is widely used to train machines how to read pictures—classifies images of people. At the Barbican, Paglen examines ImageNet’s classifications, starting from everyday objects like apples and moving towards more abstract concepts to arrive at the category of “anomaly”. 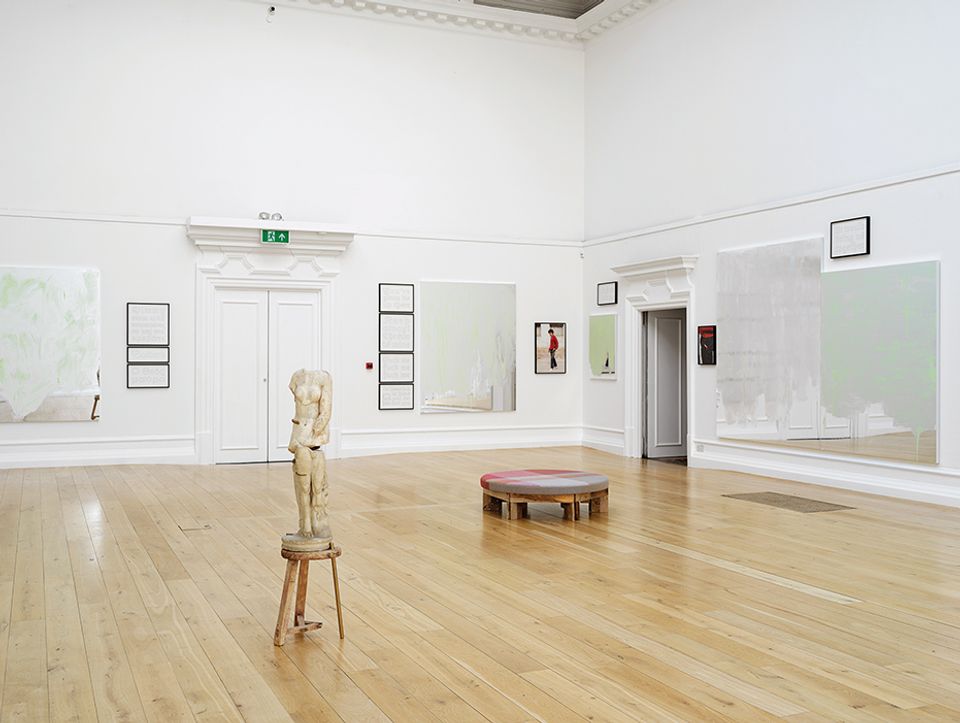 In his latest London show, Danh Vo is less an artist than he is a clever collaborator. Pulling together works by important people in his life, such as his father, his lover and a former teacher, the Vietnam-born, Danish artist’s first major UK exhibition feels like a group show. “Very few people are real geniuses,” Vo says, “so the best approach is to embrace the skills of those around you”. The main gallery is a huge civic space, and it hosts the new installation Untitled, which is almost cathedral-like in its scale and atmosphere. The SLG’s first solo show to span the main gallery space and the newly renovated Fire Station building, Vo says of taking on these two distinct spaces: "They are so different; it was actually one of the things that attracted me to the invitation from the SLG. The show not only has the two buildings of exhibition spaces, but also includes commissions on neighbouring housing estates, one open air and one in Art Block, a space for local children. Plurality and hybridity are so important in my work; I thought it was an interesting way to approach a show, thinking about the different spaces and sites, and different contexts changing the way you engage with the work." 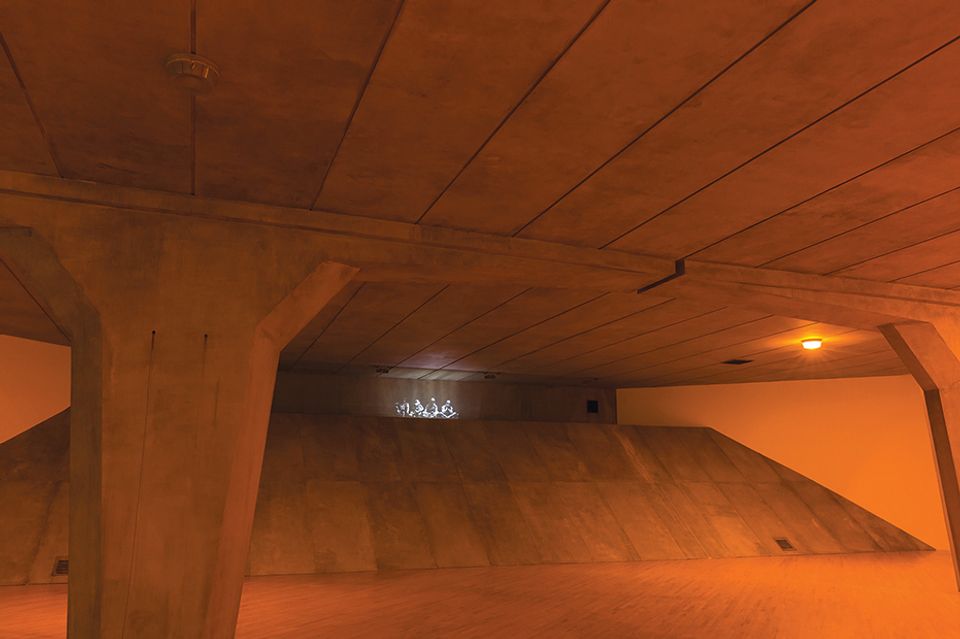 Mark Leckey has created an astounding spectacle at Tate Britain. He has built a life-size reconstruction of a concrete motorway bridge under which he played as a child on the Wirral in Merseyside, north-west England. Leckey says that as a child he saw a fairy beneath the real bridge, a moment that has haunted him ever since. The reconstruction of this Brutalist edifice is a stage set for three video installations, all with a distinctive ghostly feel. In a new multimedia installation called Under Under In (2019), he uses a Victorian illusion technique called Pepper’s Ghost to conjure a group of young people flickering in an alcove. These kids also appear on a bank of screens, often masked and clothed in sportswear brands that, typically for Leckey, become a focus for the camera. In Fiorucci Made Me Hardcore (1999) and Dream English Kid (2015), Leckey collages together video footage of raves and club scenes, northern English “casual” culture and popular imagery and consumer products redolent of his youth. The result is a deeply atmospheric exploration of collective and personal memory, myth and reality, and the freedoms and limits of technology.