'Open, exciting and global': Frieze out to beat Brexit blues 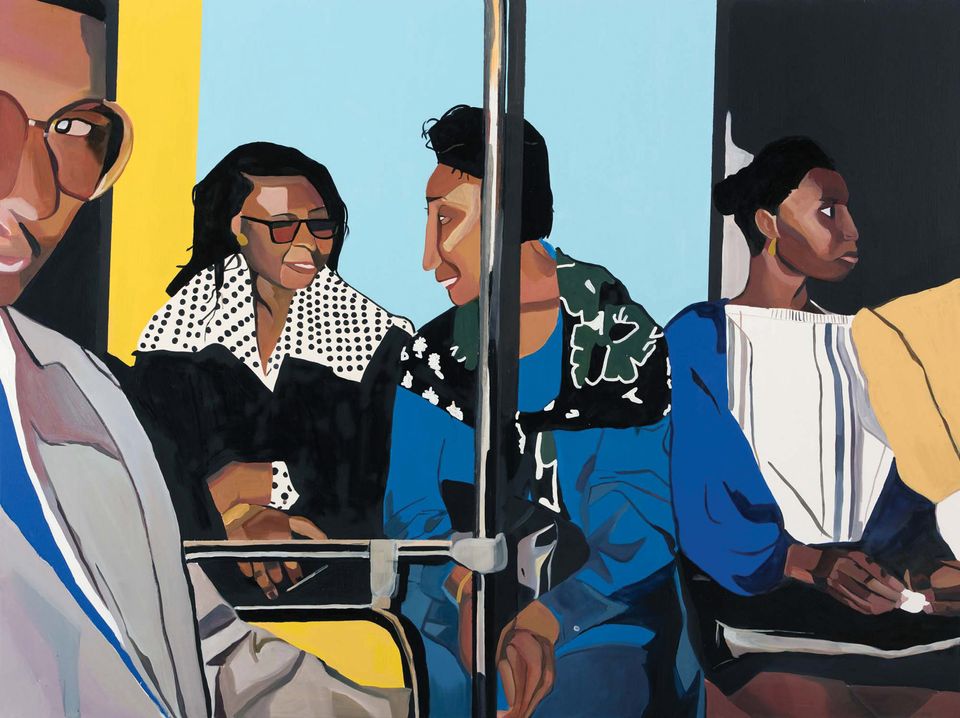 Joy Labinjo’s Untitled (2017) will be shown by Africa-focused Tiwani, one of this year’s newcomer galleries © Tiwani

Countering the nationalistic rhetoric of Brexit, the 17th edition of Frieze London (3-6 October) is its most international yet. “We have been working to make sure London feels as open, exciting and global as ever,” says the director Victoria Siddall.

With the UK currently due to leave the EU on 31 October, the fair is advising galleries to be well prepared when they are shipping works home. But, in the run-up, it’s “business as usual”, Siddall says.

Much of Frieze London looks further afield: galleries from 36 countries take part in this year’s fair, up from 30 last year. There is an increase in participation from Southeast Asia, with newcomers from Manila, Taipei and Seoul.

Cosmin Costinas, the executive director of the Hong Kong art centre Para Site, has organised the themed section this year. Titled Woven, it features eight artists who all use textile or fabric to lay bare the “continuous legacies of the colonial catastrophe”, he says.

Here again there is a strong Southeast Asian component, with emerging artists including Angela Su and Chitra Ganesh on show along with established names such as the Filipino artist Pacita Abad (1946-2004) and the Indian artist Mrinalini Mukherjee (1949-2015). Mukherjee was the subject of a survey this year at the Met Breuer in New York.

“We really wanted Cosmin’s global perspective; it feels a very appropriate time to be embracing art from different parts of the world,” Siddall says.

A highlight of the Frieze Masters talks is a discussion between Tim Marlow and Ai Weiwei, the Chinese dissident artist whose team is documenting the pro-democracy protests in Hong Kong. Weiwiei says elusively he “may discuss Hong Kong” during the talk. Other artists doing panels include Mark Bradford, Elizabeth Peyton and Edmund de Waal.

Frieze London’s subsidised Focus section, for galleries under 16 years old, is no less diverse, featuring 33 galleries from 19 countries. This year, a peer-led selection committee is offering support to newcomers. London gallery Tiwani Contemporary, which is focused on Africa and its diaspora, is exhibiting for the first time; its outgoing head of exhibitions, Eva Langret, joins Frieze as artistic director in November.

“The gallery landscape has changed so much over the past few years,” Siddall says. “Whereas before we used to just think about galleries [as a whole], now we have to think about them in entirely different terms. The very big galleries and the very young galleries are completely different businesses.”

Proof that there is life in the art fair ecosystem yet is that five galleries, including 47 Canal and Carlos/Ishikawa, are graduating to the main gallery section.

Siddall says: “With Focus, we identify the galleries we want to support in the hope that they will then be able to step up to the main section, take a bigger booth and be placed alongside established galleries. This is exactly how it’s supposed to work.”