Galleries lament terms that mean they cannot participate in multiple fairs, even when they have different styles and audiences 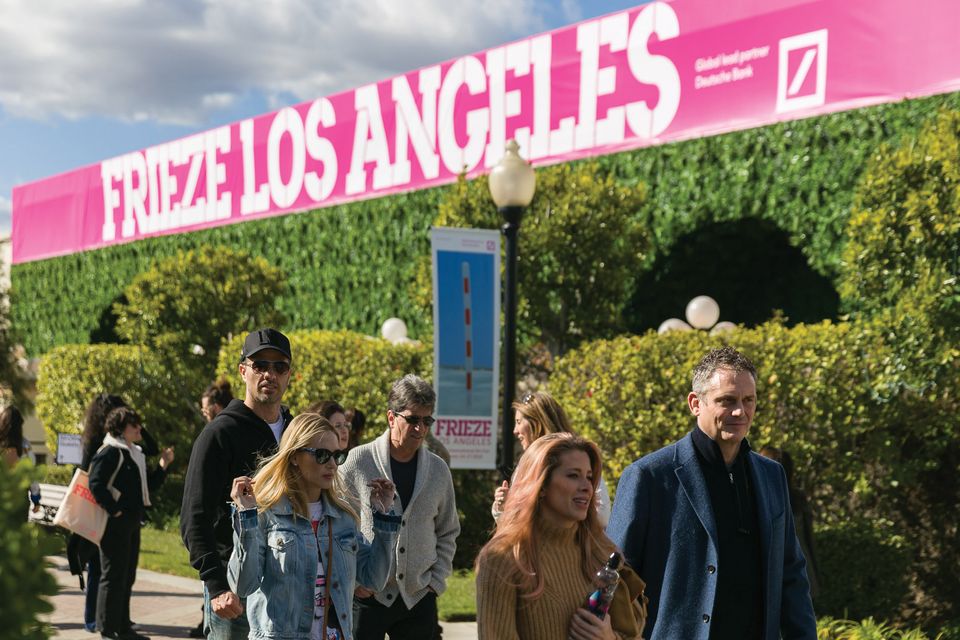 Frieze launched its Los Angeles edition in 2019—but it is not the only show in town © Mark Blower, Courtesy of Frieze

Frieze launched a fair in Los Angeles in February last year with fanfare and celebrity sightings, but it certainly was not the only show in town. Felix, hosted at the retro-chic Hollywood Roosevelt Hotel in a throwback to the scrappy hotel-room fair model of the 1990s, proved just as much of a crowd-puller.

Its popularity sparked rumours that the Frieze art fair group, internationally renowned for its London and New York events, was cracking down on cross-exhibiting, mandating in its exhibitor agreement that participating galleries are not allowed to show at concurrent local fairs. Yet, although an Artnet News gossip column published late last year cited Frieze LA’s restriction, exclusivity terms are not as standard or straightforward as reported.

Notably, this year there is no overlap between Frieze’s 75 exhibitors and Felix’s 60 (up 30% on last year), or even its predecessor, Art Los Angeles Contemporary (ALAC), which is down to just 50 galleries from around 102 in 2019 and has moved its location to the Hollywood Athletic Club, emulating Felix’s hip hotel setup. It is a marked change from last year, which saw local galleries Chateau Shatto and Susanne Vielmetter participate in both Frieze and Felix.

Vielmetter says she finds the inability to show at both fairs “regrettable”, noting that they are intrinsically different. Felix, started by the Hollywood collector Dean Valentine and LA dealers Al and Mills Morán, is more local and celebratory of the California art scene, while Frieze brings an “important” internationalism and professionalism to the city.

According to a Frieze spokeswoman, there have been no changes to the exhibition terms and conditions for any of the Frieze fairs, and exhibitor exclusivity is standard—though not always rigidly enforced—among other major art fairs. There is a similar regulation in place for Art Basel, a spokesperson for which says is routinely enforced.

However, a Frieze London exhibitor agreement from 2019 reveals no such clause stating that participating galleries cannot also appear in other local fairs at the same time. Additionally, 19 participating galleries at last year’s Frieze New York—10% of the total fair—also showed at Tefaf New York Spring, including blue-chip dealers such as Acquavella, David Zwirner and Gagosian as well as mid-sized dealers like Michael Rosenfeld and White Cube.

In a statement to The Art Newspaper, Tefaf says: “We are a not-for-profit organisation supporting our exhibitors and communities’ interests... in terms of [showing at] other fairs, we don’t impose any restrictions.”

Frieze LA may be keen to enforce any exclusivity clause in its contract as it attempts to capture a larger market share of the smaller commercial scene in California. Yet Al Morán says the West Coast’s strength is its spirit of community and inclusion. “As far as we’re concerned, overlap is helpful in allowing for the cross-pollination of ideas and the realisation of projects that are better suited for each platform.”