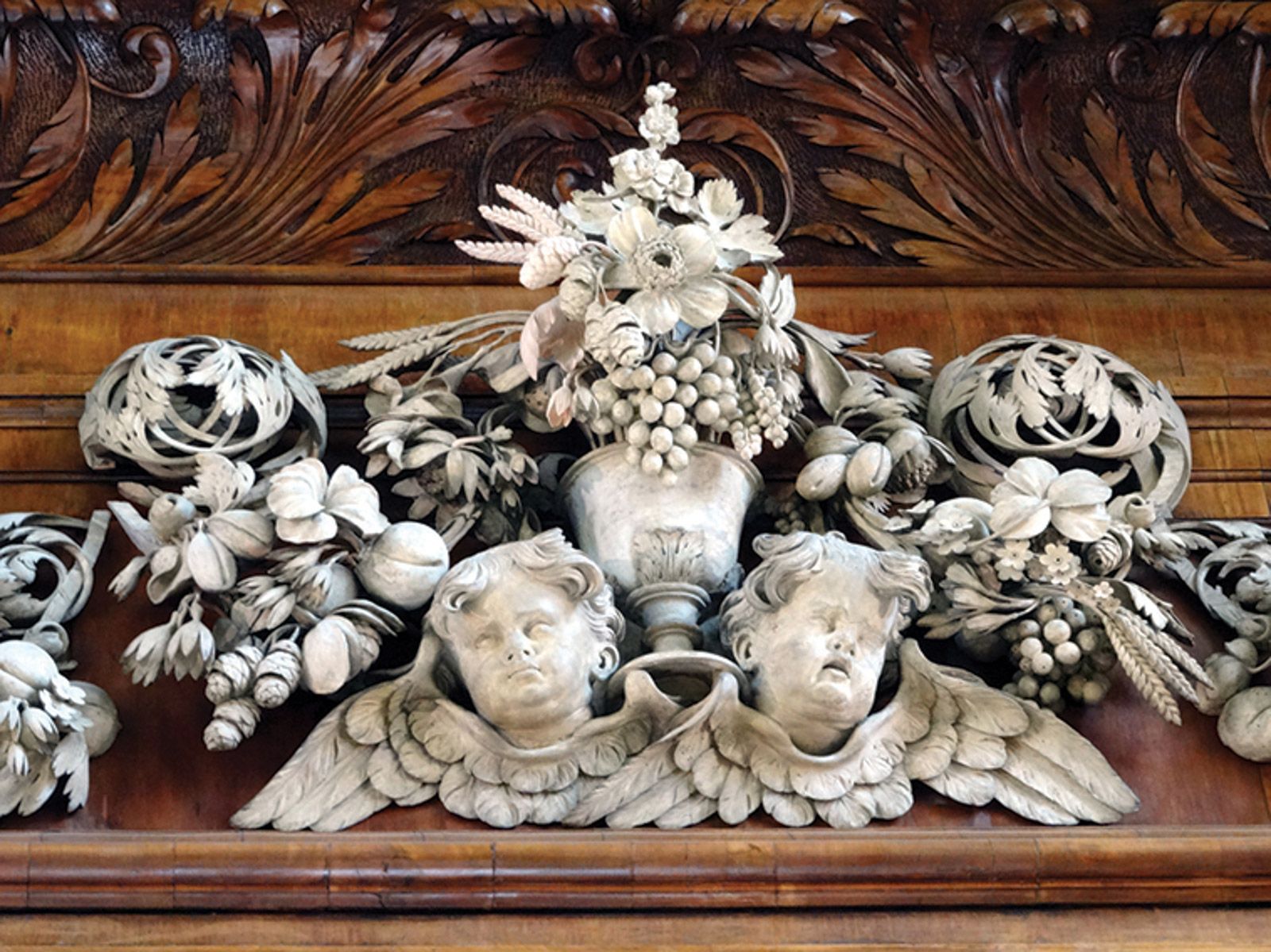 One evening in 1671, the English writer John Evelyn passed a cottage near the dockyard in Deptford, south London, and through the window saw a wood carver at work by candlelight. As he noted in his famed diary, Evelyn was so struck that he knocked on the door and introduced himself to the young man. He went on to introduce the wood carver to Charles II and the renowned architect Christopher Wren. Grinling Gibbons’s career was made, and his genius would be traced across the walls of mansions, palaces, churches and cathedrals all around the country. It is now being celebrated by them on the 300th anniversary of his death.

Evelyn called him “the greatest master both for innovation and rareness of work that the world ever had in any age”, and the trademark swags of birds, musical instruments, flowers and fruit looking fresh enough to pluck off the wall after 300 years (and the telling attempts of lesser craftsmen to copy them) bear out the boast. The 18th-century grandee Horace Walpole wore a carved limewood Gibbons cravat, and fooled guests that it was Venetian needlepoint lace.

Treasures from the attic

Gibbons was born in Rotterdam in 1648 and died in London on 3 August 1721, and this tercentenary will see him celebrated in lectures, books and exhibitions. St Paul’s Cathedral is rich in his work, including the spectacular choir stalls and organ case, and is also exhibiting fragments normally stored in the attic workshops. Bonhams auction house in London is due to open an exhibition in August with many loans, which will travel to Compton Verney in Warwickshire in September. At St Mary Abchurch, the smallest and one of the best preserved of the London Wren churches, with a spectacular Gibbons reredos (the screens behind the altar), the Master Carvers Association will move in through August with painters and carvers inspired by his work, and daily demonstrations.

In 1721 Gibbons was buried beside his wife in St Paul’s churchyard in Covent Garden, and surely deserved a tomb with swags of open peapods and weeping cherubs (his cherubs convulsed with grief at Kensington Palace are said to mark the moment he learnt that his patron, Queen Mary, had died). Instead, the site of Gibbons’s grave has been lost, but his legacy endures in the work he left and the living carvers he inspired.