The enormously productive painter wielded the fastest of brushes on often huge canvases, suffusing them with Spanish sun and colour 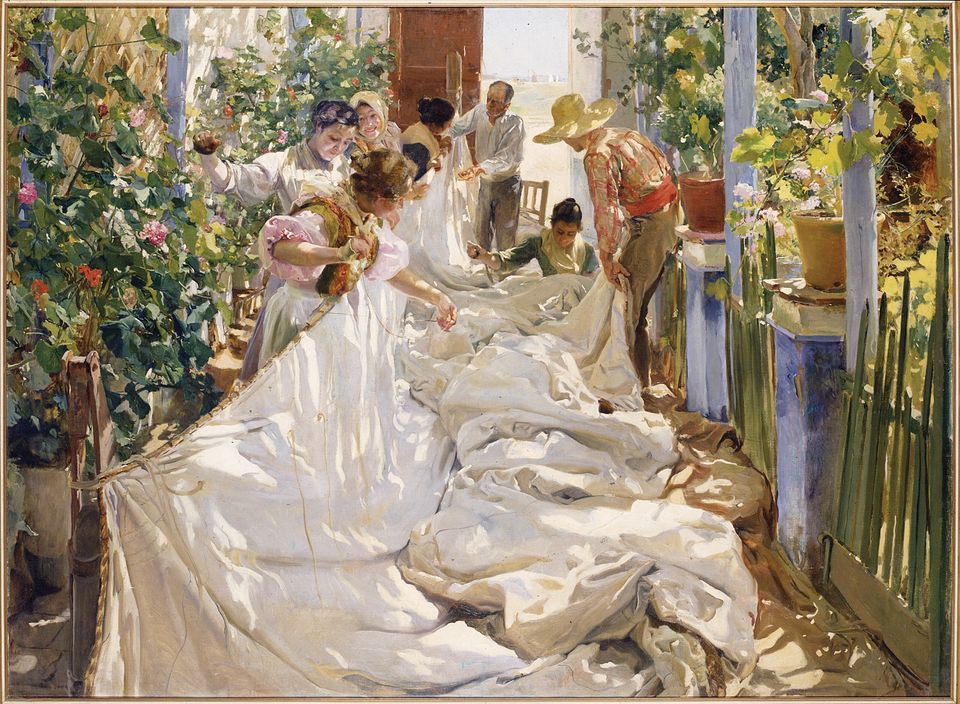 In the spring of 1908, a London gallery made an audacious claim for its new exhibition. Henri Matisse was completing The Red Room, Claude Monet was immortalising the water lilies in his Giverny garden, Paul Cézanne was gazing at the sea at L’Estaque, and Pablo Picasso in his African period was fresh from exhibiting Les Demoiselles d’Avignon. Ignoring these petty rivals, the Grafton Gallery boasted it was showing “the World’s Greatest Living Painter”, the Spanish artist Joaquín Sorolla.

That show, over a century ago, was Sorolla’s first and last English exhibition until the Spanish Master of Light show that opens at the National Gallery in London this month (and travels to Dublin later in the year).

Sorolla was seriously famous in his native country, and a hero in Valencia, where he was born in a small house near the city’s central market in 1863. His shopkeeper parents both died of cholera when he was a toddler, and he was brought up by an uncle.

His remarkable talent first appeared when he worked as a teenager retouching plates for a photographer, whose beautiful daughter Clotilde he later married. He went to a trade school, then art college, and was soon winning major prizes and scholarships to study in Italy. By 1900 important collections including the Museo del Prado were buying his work, and he won a Grand Prix medal at the Paris Exposition Universelle.

However, seeing his enormous dark canvases on social issues presented in a dark and dingy space led him to concentrate henceforth on sizzling Spanish sunshine. Valencia named a street after Sorolla in his lifetime and to this day private houses, hotels, restaurants and banks across the city cherish his paintings. 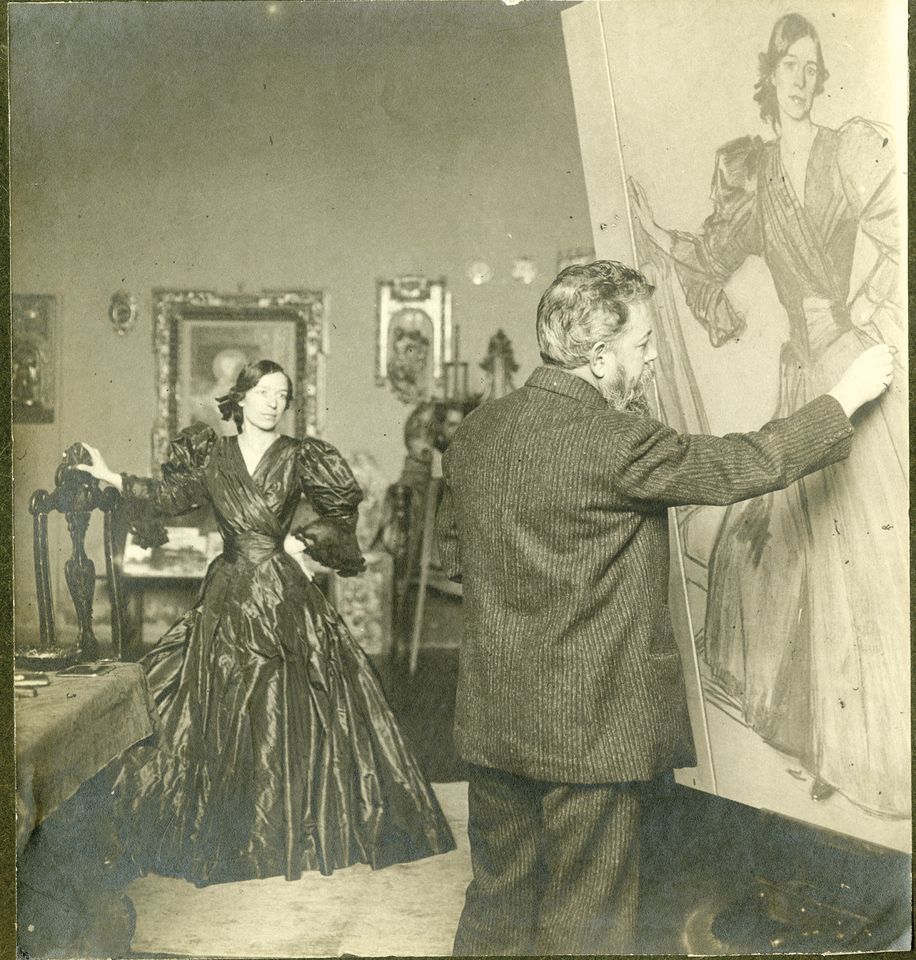 His main home when he moved to Madrid was a striking demonstration of how far the orphaned son of a draper had come. The marble-floored, antique-filled mansion, in a glorious garden where he suffered the stroke that ended his painting life in 1920, was bequeathed as a museum by his widow, along with hundreds of canvases donated by his three children. It is now lending a third of the works in the National Gallery exhibition, including tender family portraits and huge beach pictures made in the open air with sand specks caught in the paint.

Sorolla’s great-granddaughter Blanca Pons-Sorolla, a consultant to the show, is working on the artist’s first full catalogue and has already passed the 4,000-paintings mark. Sorolla once said that if he could not paint fast he would not paint at all. But completing vast canvases in a few hours often left him physically and emotionally exhausted. That other master of the fast and flashy, the Italian artist Giovanni Boldini, once described him enviously as “that devil”.

In 1908 even Sorolla was embarrassed by the boasts for his London exhibition. There were no takers for the sombre portraits influenced by his hero Diego Velázquez and his friend John Singer Sargent, nor for his grave paintings on the plight of the Spanish working poor, nor even for his views of sunlight splintering on water and women strolling in white dresses by a pale gold beach. His most seductive nude, sprawled on pink silk in a pose straight from the Rokeby Venus (the model was the beautiful Clotilde), likewise remained unsold. 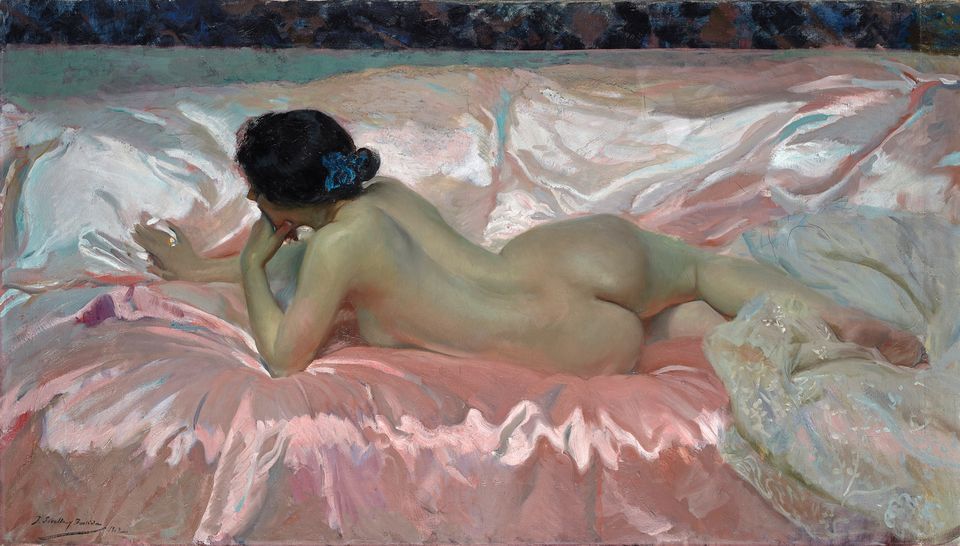 While loans of his paintings for the show come from major museums, including the Prado in Madrid and the Metropolitan Museum of Art in New York, the only Sorolla work in a UK national collection is an uncharacteristically glum portrait of Princess Beatrice (Queen Victoria’s dutiful daughter and youngest child) in the National Portrait Gallery.

The curators hope the 2019 exhibition will explain, if not perhaps entirely vindicate, the grand claim made in 1908. “No one before or since has painted Mediterranean sunlight like Sorolla,” says the National Gallery director Gabriele Finaldi.

The main sponsor of the exhibition is the airline Iberia.