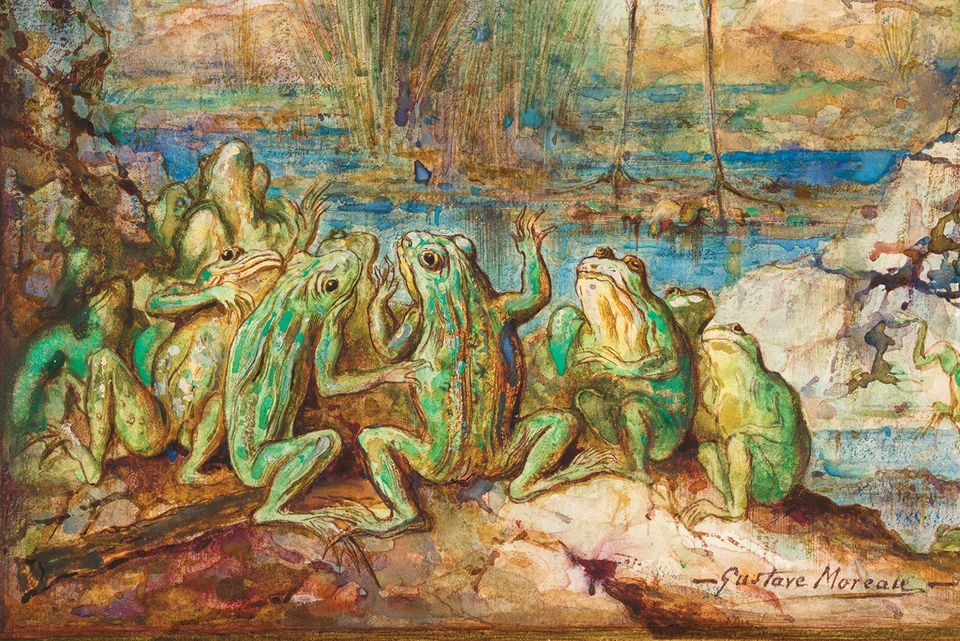 “Drunk on colour”: A detail of The Frogs Who Ask for a King (1884), one of Gustave Moreau’s 34 surviving Fables illustrations © Jean-Yves Lacote

In 1886, when England last saw Gustave Moreau’s Fables watercolours, the young George Bernard Shaw was most impressed by the French artist’s feverishly colourful illustrations, which were made to accompany the 17th-century poems of Jean de la Fontaine. “Lovers of literature, who have been soured and hardened against artists by the exasperating brainlessness of the common sort of illustrations to the works of great authors, need not fear the works of Moreau,” Shaw wrote. “The La Fontaine series entitles him to rank with Delacroix and Burne-Jones as illustrator.”

It has been a long time since the public has had the chance to reassess this view. All the surviving Fables works are about to go on show at Waddesdon Manor, a National Trust mansion formerly owned by the Rothschild family, more than a century since they were last seen in public anywhere. 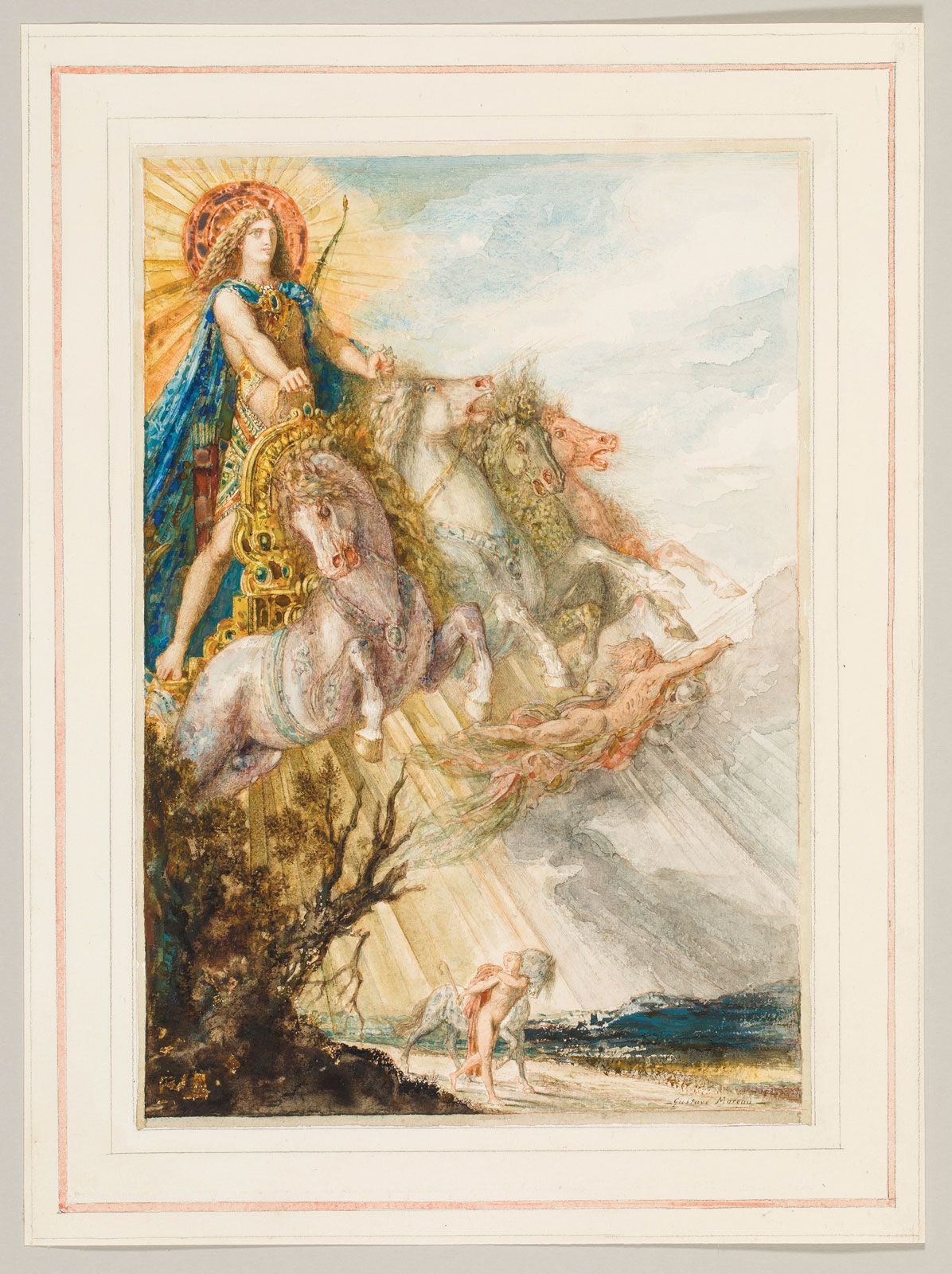 The series of 64 illustrations was commissioned by Moreau’s wealthy patron, Antony Roux. On his death in 1913, they were bought for 300,000 francs by Miriam Alexandrine de Rothschild, the daughter of the well-known collector Edmond de Rothschild, and a considerable collector in her own right, as research by the exhibition’s curator Juliet Carey has established.

Miriam gave one watercolour to the Musée National Gustave Moreau in Paris, which was once the artist home and studio, and where the exhibition will travel to this winter. But almost half the collection was looted by the Nazis from Miriam’s Paris flat and another Rothschild home. The 34 surviving works in the show are on loan from one of the family collections. 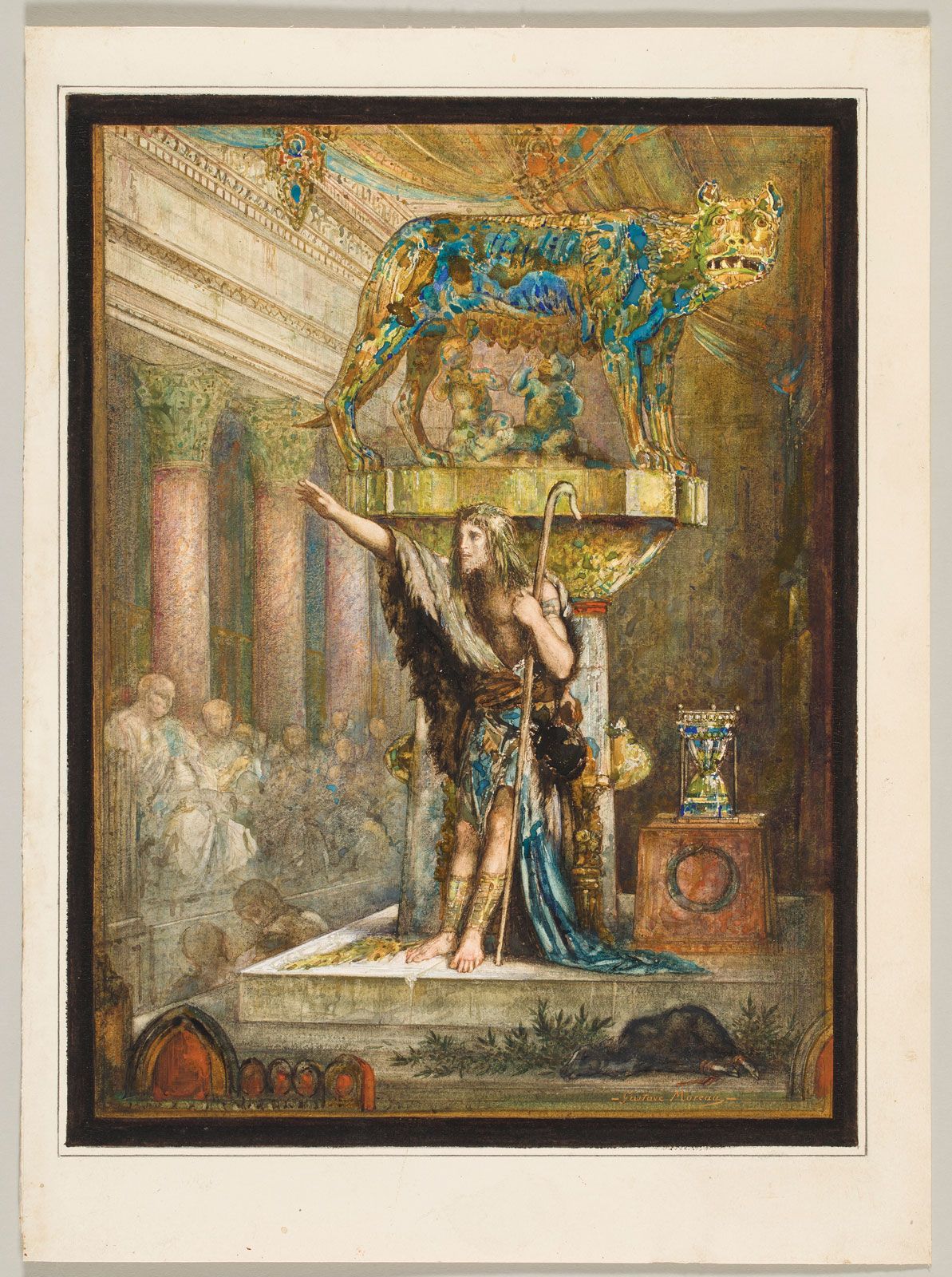 Moreau's The Peasant of the Danube (1881) © Private Collection

Moreau’s reputation never regained the cult status of his lifetime when he was regarded as a visionary sage and taught the likes of Henri Matisse. Moreau’s palette was once described by a contemporary as that of a jeweller who “drunk on colour... had ground up rubies, sapphires, emeralds, topazes, pearls and mother of pearl”. Some may now feel their woozy brilliance more resembles the work of a jeweller with a nasty hangover, but it might just be time for his work to sparkle again.