The Japanese artist's exhibitions usually draw millions of people, will they be the same in a post-pandemic world? 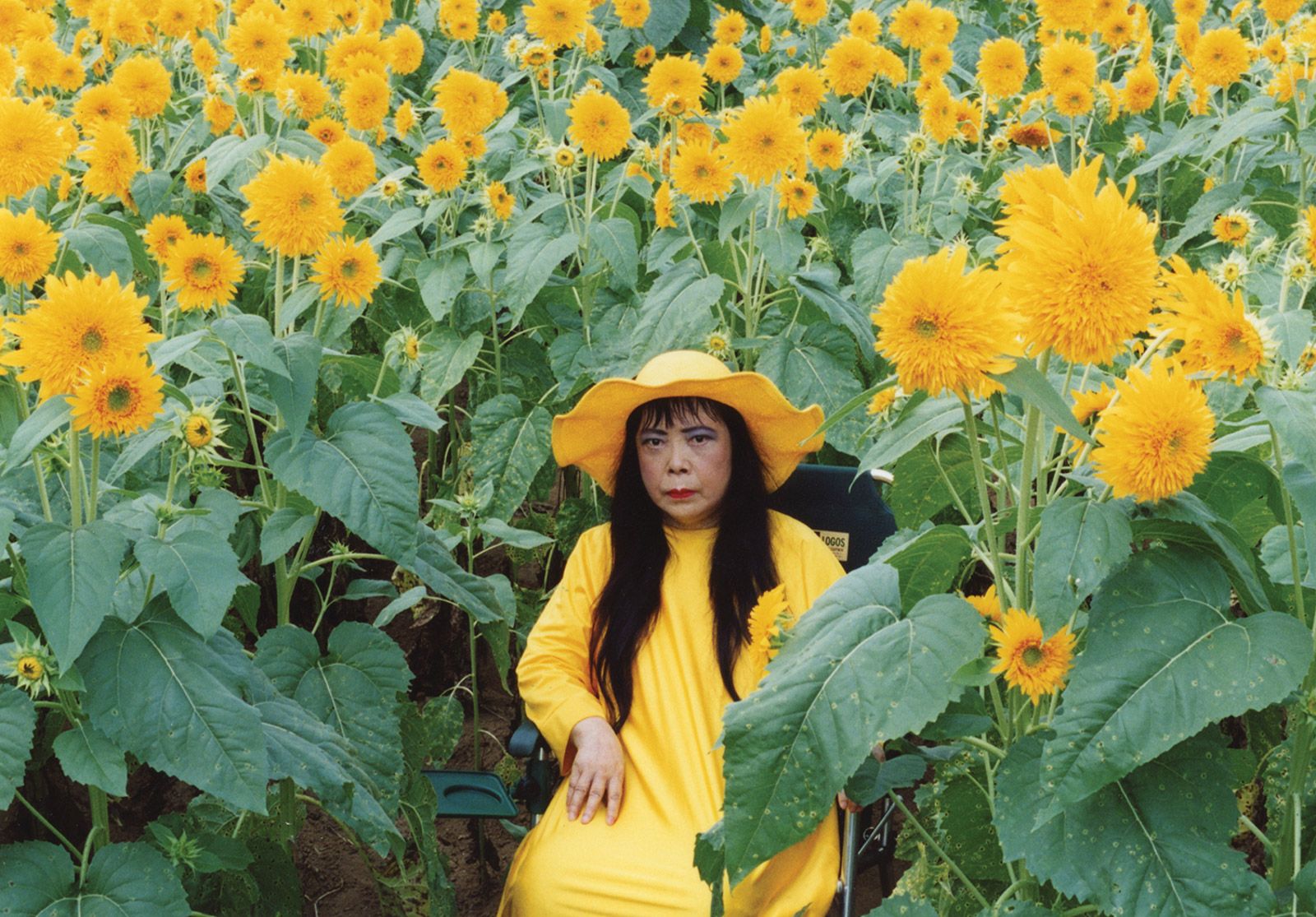 A still from Yayoi Kusama’s Flower Obsession (Sunflower) Collection of Yayoi Kusama, courtesy of the NYBG

A Yayoi Kusama exhibition opening this week at the New York Botanical Garden (NYBG) will include a newly commissioned version of the Japanese artist’s celebrated series of immersive Infinity Mirror Rooms, the centrepiece of many Kusama shows. The work Infinity Mirrored Room—Illusion Inside the Heart (2020) comprises a cube-like glass structure with a reflective surface pierced by small holes, but it may only remain viewable from the outside depending on state-wide restrictions.

The NYBG had planned to charge visitors an extra $10 (in addition to the $35 admission) to enter the installation but has announced that it will wait until the summer to evaluate whether state guidelines will permit visitors to enter the work. While it does not share information on ticket sales, such restrictions are likely to affect the number of people able to experience the immersive work, which in the past has led queues lasting hours.

Another commission that will have to adapt to coronavirus restrictions is Flower Obsession (2017/21)—a glasshouse where visitors can apply coral-coloured floral stickers to the walls and interior objects. The work is an iteration of Kusama’s “obliteration rooms”, in which she invites the public to contribute to compositions in immersive blank spaces. The interactive work has been staged worldwide since Kusama launched it in 2012 but carries a less carefree nature amid heightened fears around germs and shared surfaces. Participation will also be restricted according to state-wide mandates. 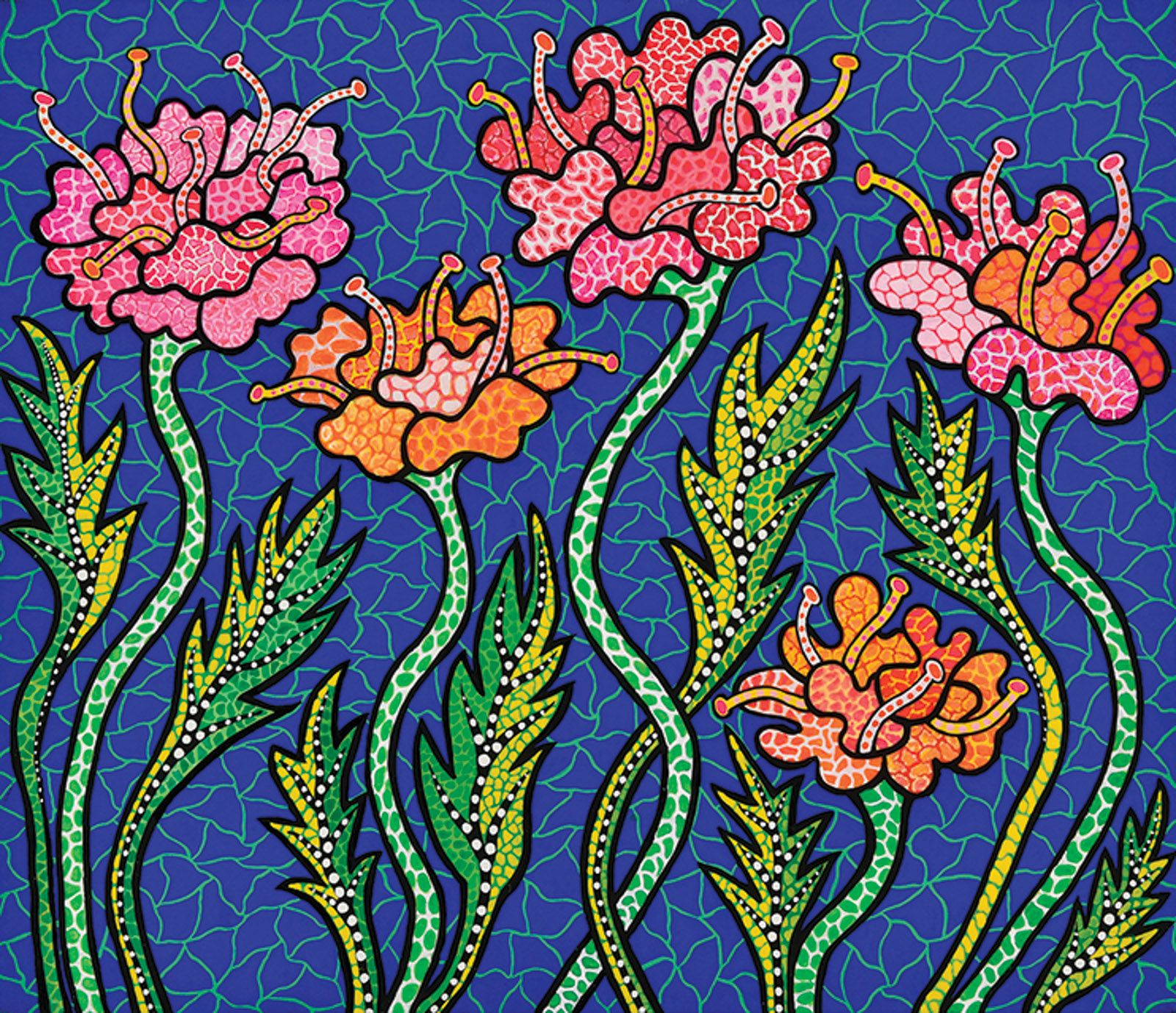 Thankfully there will also be touch-free works that do not involve small enclosed spaces. Among these will be a 16ft-tall bronze sculpture titled Dancing Pumpkin (2020) in the grounds of the 250-acre garden and the 13ft-tall biomorphic sculpture I Want to Fly to the Universe (2020) installed in the reflecting pool of the garden’s visitor centre. The show will also include previously unseen archival photographs and other materials.

Last year, Kusama shared a message in support of the plans to reschedule the show due to the pandemic. “The passion that I and those at the NYBG have poured into this exhibition is still burning [and] I hope everyone will wait,” she wrote.

And Kusama fans around the world have been patiently waiting. This month, the Gropius Bau in Berlin is due to open a twice-postponed Kusama retrospective—her first in Germany—which will recreate eight seminal exhibitions that took place between 1952 and 1983, and illustrate how the artist’s practice and mediums have evolved throughout her career. Meanwhile, a much-anticipated exhibition of two of Kusama’s Infinity Mirror Rooms at London’s Tate Modern has been rescheduled from last year and is now due to open in May, but coronavirus restrictions will seriously hamper the numbers that can visit the immersive installations. Two more of Kusama’s Infinity Mirror Rooms—a revamped 1965 edition and one from 2018—are due to go on show at the Hirshhorn Museum and Sculpture Garden in Washington, DC in September.

In The Art Newspaper’s 2014 Visitor Figures survey, Kusama took the world by storm with two separate retrospectives—simultaneously touring the Americas and Asia—that were seen by more than two million people. This year’s Kusama bonanza of shows is taking place in a very different world, where exhibition crowds and confined interactive installations are no longer so appealing: will audiences still go dotty for Kusama in 2021?