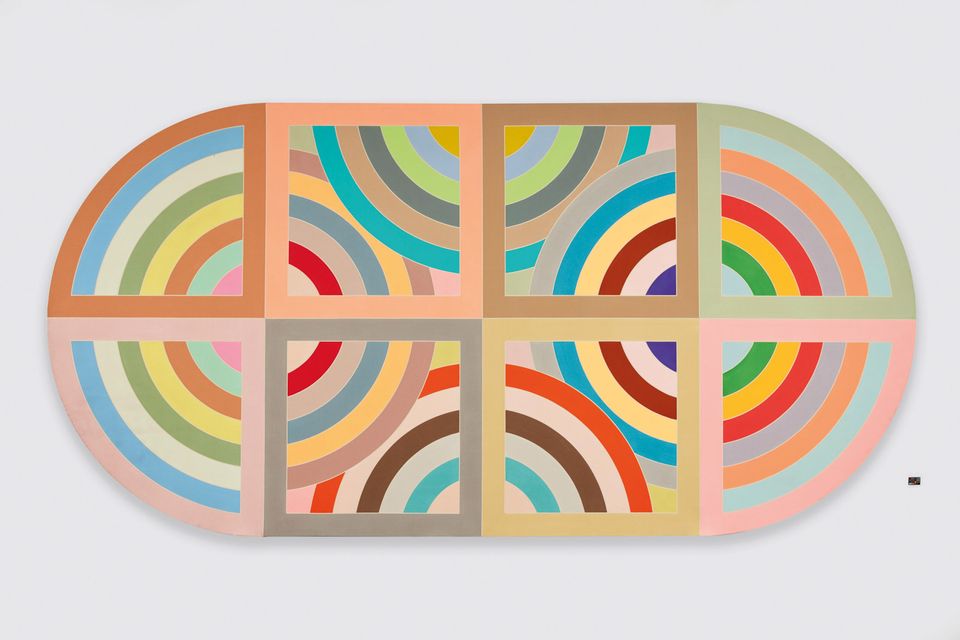 “I think it’s going to be the largest one-man exhibition ever held in the state of Florida,” the artist Frank Stella says of his show at the NSU Art Museum Fort Lauderdale. Containing more than 300 works that span the entirety of the 81-year-old’s career, the survey is certainly large—bigger, in fact, than Stella’s travelling retrospective that opened at the Whitney Museum in New York two years ago. But the NSU exhibition is a very different kind of display because it concentrates on process, experimentation and on “what—God forbid—the artist actually wanted to do”, Stella jokes.

At the centre of the show is Stella’s working archive of notes, drawings, maquettes, paper collages and 3D models from his computer-prototyping, which he started to do in the 1990s. Stella says that enough time has passed to allow him to exhibit his studio materials as historical items, something that he has never done before. “They’re finally in the past,” he says. “It doesn’t seem like a big deal to show them.”

According to NSU’s director and chief curator, Bonnie Clearwater: “One of the things the archive shows is the importance of free play for him. When everyone thinks of Frank, they think of rigid geometry. You don’t think about the actual making of it or the actual pleasure of making it.”

Born in Malden, Massachusetts, Stella studied history at Princeton in the 1950s, where he also took informal studio art classes and gravitated toward early Christian art. As a student, the artist recalls seeing a Netherlandish painting at the Philadelphia Museum of Art, Rogier van der Weyden’s Crucifixion Diptych (around 1460). “It was a perfect example of what you should be trying to do, or what art should try to be,” Stella says.

Clearwater writes in the exhibition catalogue that the Van der Weyden indicates “the visual power of painting was a more important goal for him than following the rules of Modernism”.

Stella was only 23 years old when the Museum of Modern Art in New York exhibited his Black Paintings (1958-60)—rigid black enamel pictures interspersed with strips of bare canvas, which were praised as precocious exercises in Modernist problem solving. While the exhibition includes three Black Paintings from 1958, it is clear that both Stella and Clearwater wish to get out of the shadow of these early works. “Everyone has been so stuck on the Black Paintings that they can’t get by it. They think ‘this resolved every question he had’,” Clearwater says. But, she adds: “It hit me that the Black Paintings were a solution to one set of problems. There were all these other problems he had been working on.”

Organised without a clear timeline, the exhibition emphasises Stella’s evolution since that time, as well as the continuities between periods of his work. Some materials in the working archive foreshadow Stella’s development from that pure flat formalism to the rambunctious 3D sculptural objects, such as his Moby Dick reliefs from the 1980s and 1990s. “You can see images that are like what I’m doing now, but you wouldn’t have known at the time that they would be anything,” the artist says. Clearwater, for example, points to a small work in the archive from the 1970s, produced with Wite-Out correction fluid, that shows Stella exploring illusionistic curves. “He told me that once he introduced the curve into his work it changed everything, because it’s no longer a flat picture plane.”

“You see Frank thinking,” Clearwater says of the archive and, indeed, the exhibition generally. “He’s asking questions and the work is answering him back.”