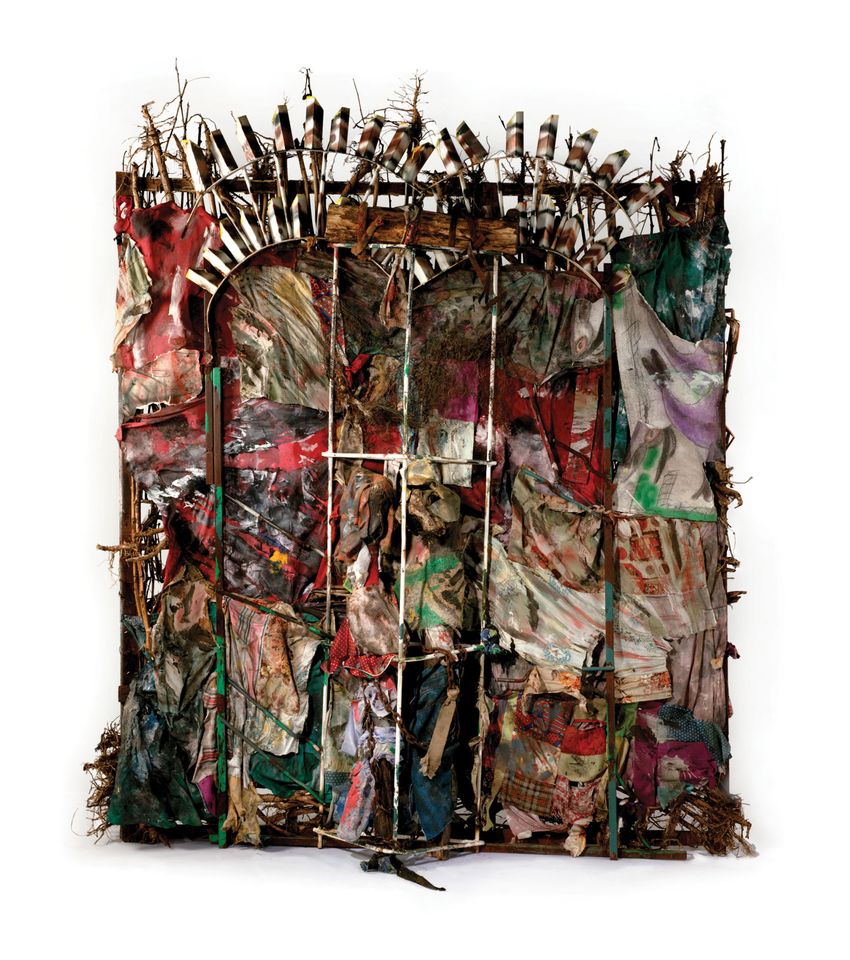 Thornton Dial’s History Refused to Die (2004), after which the show is named Thornton Dial

History Refused to Die at the Metropolitan Museum of Art celebrates the acquisition in 2014 of 57 works from the Atlanta-based non-profit Souls Grown Deep Foundation, which promotes the art of self-taught contemporary African-American artists from the south-east US.

The show aims “to put these works in the context of contemporary art in general”, says the co-curator Amelia Peck. For example, the exhibition has been arranged so that a visitor looking at Jackson Pollock’s Autumn Rhythm (Number 30) (1950) can turn and see Thornton Dial’s History Refused to Die (2004), which lends the show its name. “It sends the right message—that the Met is putting someone like Dial on an equal footing with a revered Modern master like Pollock,” says Randall Griffey, who co-organised the show.

As well as paintings, drawings and sculptures by artists such as Dial and Nellie Mae Rowe, ten quilts from Gee’s Bend, Alabama, by artists including Lucy Mingo and Loretta Pettway, will be on display too. The works share a use of found or repurposed materials, such as previously worn clothing that is then used to create many of the quilts’ designs. Mingo once said of this process: “So you look at your quilt and you say, ‘This is some of the old clothes that I wore in the fields. I wore them out but they’re still doing good.’”