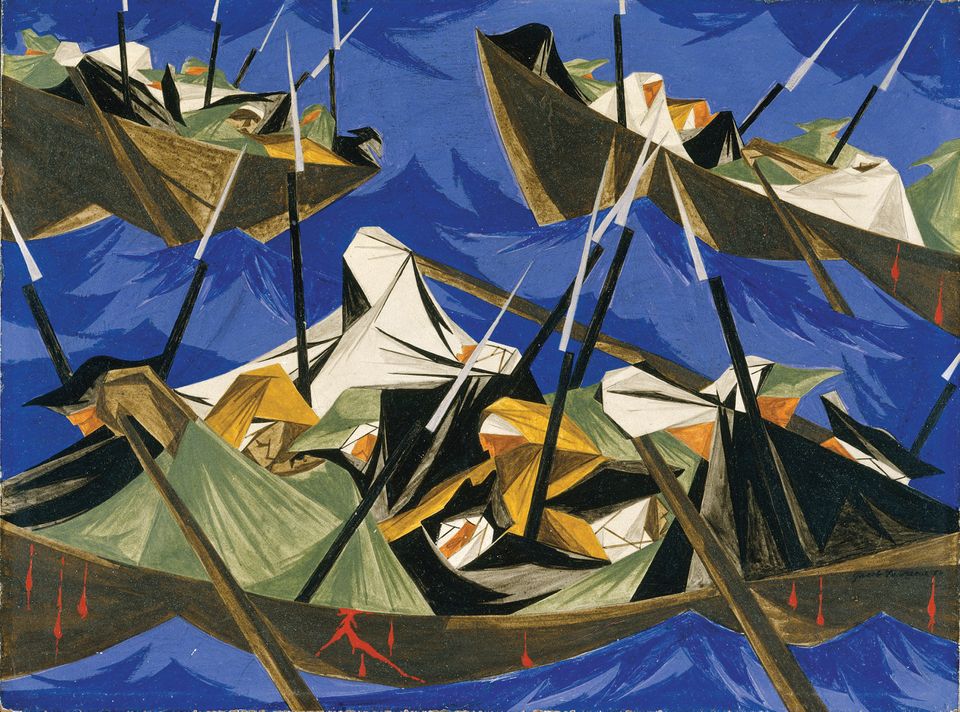 George Washing­ton’s historic crossing of the Delaware River during the American War of Independence usually includes the future first president portrayed in epic form. But the US artist Jacob Lawrence (1917-2000) had something else in mind: recasting the crossing to show the anonymous foot soldiers who shed blood for the revolutionary cause.

Fused as interlocking units and armed with bayonets, the soldiers’ cloaked figures are somewhat abstracted and hard to distinguish in the painting, one of 30 panels that Lawrence painted from 1954 to 1956 in a series titled Struggle: From the History of the American People. Twenty-three panels, each measuring 12in by 16in, will be reunited for the first time since 1958 at the Peabody Essex Museum in Salem in an exhibition opening this week that captures the artist at the height of his powers.

Most of the paintings are accom­panied by a phrase or quotation based on Lawrence’s dogged research into the early years of a young American republic. Travelling from his home in Brooklyn to Harlem’s Schomburg Center for Research in Black Culture, the artist delved into history books, letters, speeches, legal petitions and military reports in search of themes encapsulating the idea of anxious striving. (Many of those materials will be available for museumgoers to look at on touchscreens.) 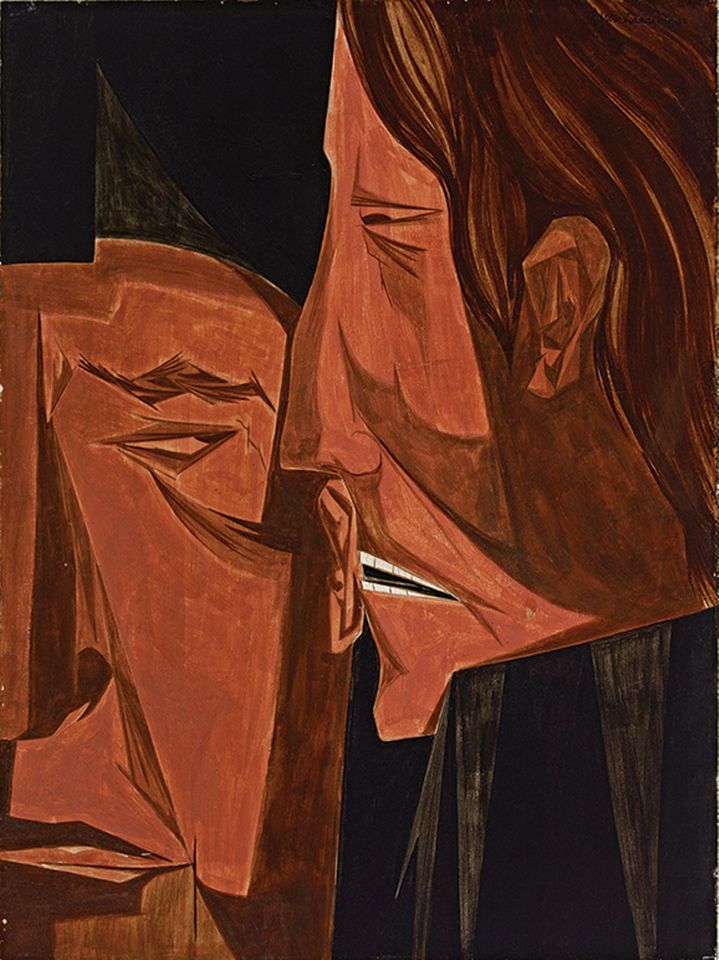 The scenes depicted may well challenge viewers accustomed to the artist’s easily readable Migration Series from 1940-41. “He really makes us work to understand what we’re seeing, and what the relationship is between image and text,” says the curator Lydia Gordon.

Purchased by a couple in January 1959, the original 30 panels were later sold off piecemeal. Five of the original 30 paintings have been lost to history, and two others are now considered too fragile to travel.

Departing from his consistently vivid hues in Migrations, Lawrence turns frequently in the Struggle series to a palette of ochre, sienna and umber. Chronologically, the events depicted range from Patrick Henry’s 1775 speech before the Second Virginia Convention (“… is life so dear or peace so sweet as to be purchased at the price of chains or slavery?”) to the nation’s budding territorial expansion in 1817 (“Old America seems to be breaking up and moving westward,” an English immigrant observed).

Often, human figures are rendered in indeterminate hues, leaving the viewer to wonder whether they are white or people of colour

Throughout, Lawrence conveys a sense of agitation, as if the nation was struggling to make good on its professed credo of “Life, Liberty and the Pursuit of Happiness”, the unalienable rights that the Declaration of Independence states are bestowed to all by their creator. “He really pays attention to the individual people who stood up and raised their voices and changed the country and made it better,” Gordon says.

The show will travel nationally – to New York, then Birmingham, Seattle and, finally, Washington, DC. In an election year in which the country is bitterly divided between those for and against President Donald Trump, and over who is welcome to immigrate and become a citizen, it seems likely to resonate.

Lawrence himself was researching and painting at a time when the civil rights movement was gathering momentum and underscoring a national legacy of slavery and racial injustice. Often the human figures in the series are rendered in indeterminate hues, leaving the viewer to wonder whether they are white or people of colour. “I think it is intentionally ambiguous, because what he is putting forth is the idea of a much more inclusive and complex understanding of who was actually at these events, who was fighting, and on what side people were,” Gordon says. 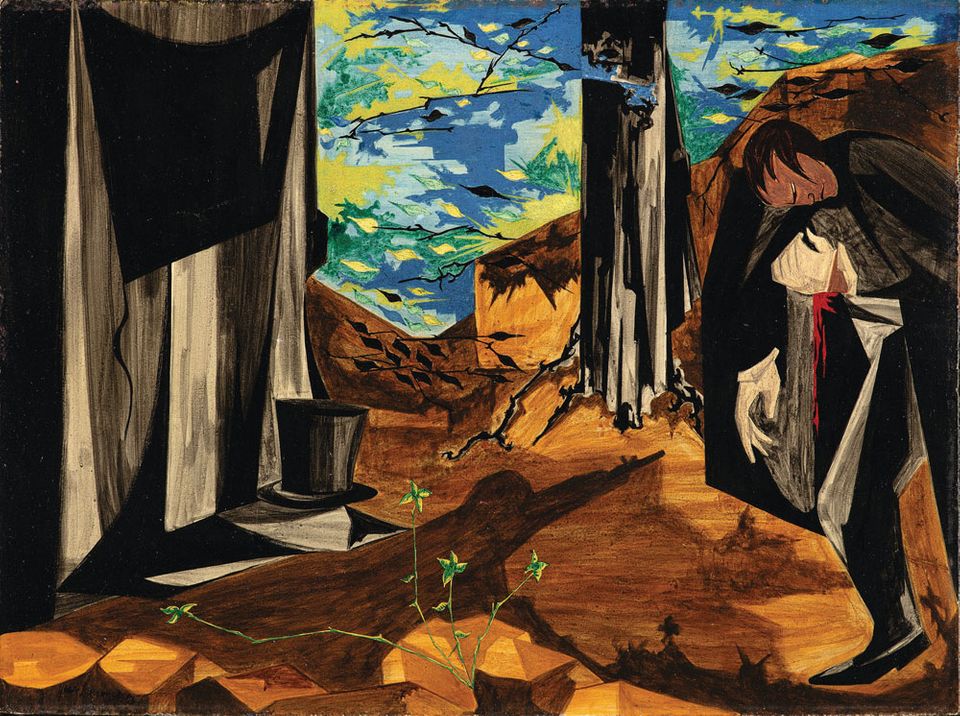 Lawrence’s Panel 17. I shall hazard much and can possibly gain nothing by the issue of the interview... (1956) from the Struggles series Collection of Harvey and Harvey-Ann Ross. © The Jacob and Gwendolyn Knight Lawrence Foundation, Seattle/Artists Rights Society (ARS), New York. Photo: Bob Packert/PEM

The exhibition is supported in part by the National Endowment for the Arts.

An earlier version of this article, based on information from the Peabody Essex Museum, indicated that two of the paintings in Jacob Lawrence's Struggle series had been lost to history. The total was actually five. (In October 2020 and early 2021, two of those lost paintings were then rediscovered.)