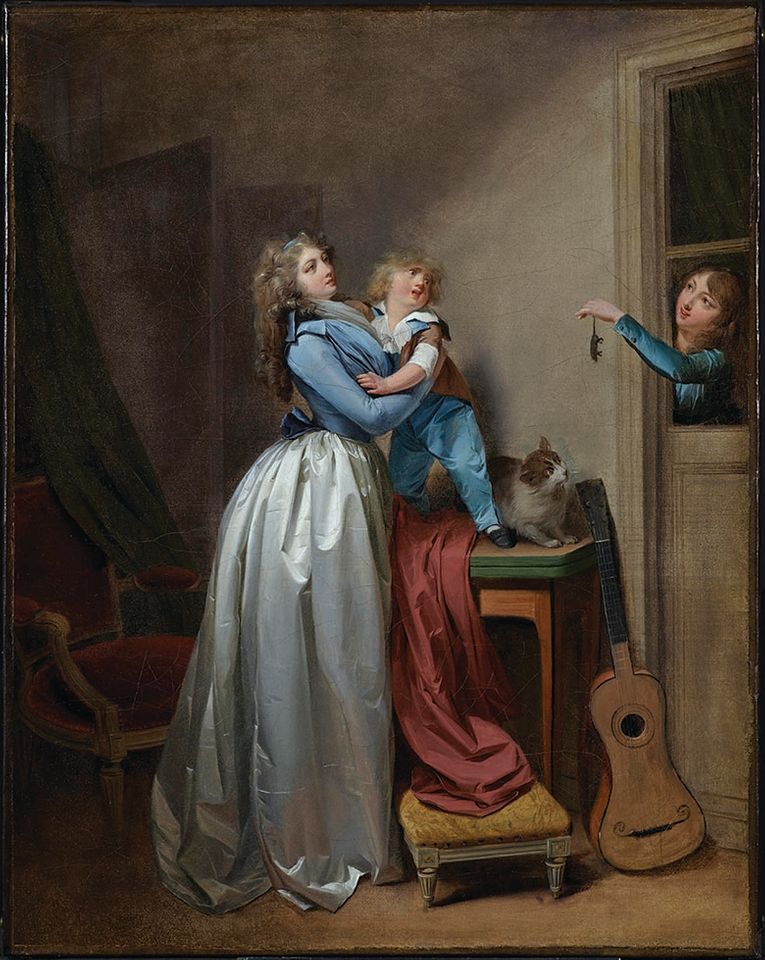 The artist Louis-Léopold Boilly and his work are virtually unknown in the UK. But this may soon change as, like the proverbial London bus that never arrives then several come at once, two monographic shows will run simultaneously in the capital.

The Wallace Collection presents a “display spotlight” starting at the end of this month, while at the National Gallery the exhibition Boilly: Scenes of Parisian Life opens next month. Although the shows are not co-ordinated, both Yuriko Jackall and Francesca Whitlum-Cooper, curators of the Wallace Collection and the National Gallery respectively, say Boilly is very little appreciated in the UK. “[This is] mostly because we haven’t been able to see the full range of his artistic production,” Whitlum-Cooper says.

There are relatively few works by Boilly in the UK, perhaps only two dozen paintings, so these are commensurately small shows. The Wallace is displaying its three paintings and the National Gallery has surrounded its sole Boilly with about 20 works on loan mostly from Ramsbury Manor in Wiltshire. Nevertheless, Jackall hopes the two shows will “raise broader questions about his place in UK collections and his critical fortune in this country”.

Born near Lille in 1761, Boilly worked for a while in Douai as a portraitist before moving to Paris in 1785 where he remained for the rest of his life. A commission for a series of genre paintings by a nobleman put his name on the map, but it was only when the Salon was opened to those who were not members of the Academy that he began to savour success. Before 1800 his work inclined to moralising, sentimental and amorous subjects. Although he had a near shave with the ironically named Committee of Public Safety at the height of the Terror over his erotic work, after 1800 he became a popular and prolific painter with genre scenes of bourgeois and street life, historical events and humorous compositions. Boilly was a veritable painting-, printing- and drawing-machine. Through the course of his career, he produced more than 2,500 works, including around 1,050 paintings, 735 portraits, 354 engravings and 560 drawings. His career began to decline in the 1820s under pressure of new movements, such as Romanticism, and in 1829 he sold his collection, which included, unsurprisingly, a number of Dutch Golden Age genre paintings. He died in 1845.

In 1990 two Parisian dealers, Pascal Zuber and Etienne Bréton (formerly directors of Old Master paintings for Christie’s and Sotheby’s respectively) began compiling a Boilly catalogue raisonné (to be published later this year by Arthena). The pair paid for the restoration of the Wallace’s three Boillys, revealing the jewel-like palette and intricate compositions—qualities that prompted its current show.

By a similar piece of serendipity, in 2017 some National Gallery curators were invited to visit Ramsbury Manor, the home of Harry Hyams, the millionaire property developer and collector, which had been firmly closed to the public for half a century. Whitlum-Cooper notes: “No pictures acquired by Ramsbury were lent or published or even shown to experts. We realised then that the Ramsbury collection was the most significant private group of paintings and drawings by Boilly in the world.”

The National Gallery catalogue is published in association with Yale University Press (£16.95, $25 hb) and the exhibition is sponsored by the Athene Foundation.