Santa Monica-based artist, "discovered" at 94, has a retrospective in London and the 88-year-old Lebanese artist makes her UK debut in Cornwall 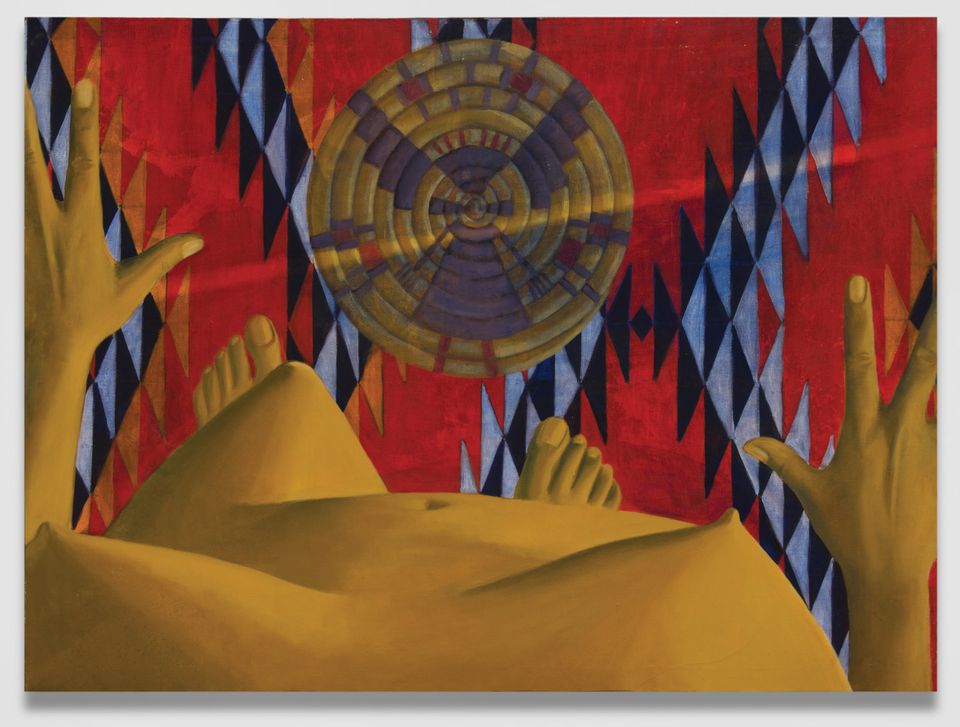 Many of Hurtado’s works, such as Untitled (1969), incorporate Native American rugs Photo: Jeff McLane, courtesy of the artist

In an era in which the reassessment of overlooked female artists is commonplace, the story of Luchita Hurtado is nevertheless nothing short of extraordinary. The Santa Monica-based artist was 94 when, in 2015, nearly 1,200 drawings and paintings, most unsigned, were discovered by Ryan Good, the director of the estate of her late husband, Lee Mullican. While those close to Hurtado knew that she made art throughout her life, few realised the depth and quality of her oeuvre.

This month, London’s Serpentine Sackler Gallery hosts the first institutional retrospective of Hurtado’s art. The show comes on the back of a string of successes: an exhibition of early paintings and drawings from the 1940s and 1950s at Hauser & Wirth, New York, earlier this year, and an acclaimed inclusion in last year’s Hammer biennial, Made in L.A. 2018. In 2020, her centenary year, Hurtado’s retrospective will open at Mexico City’s Museo Tamayo before travelling to institutions in the US.

During her long life, Hurtado has moved through diverse styles and artistic scenes. “Luchita has always had this very fluid identity,” Hans Ulrich Obrist, the curator of her Serpentine survey, recently told the New York Times. Her Hauser & Wirth show, Dark Years, revealed her experimentation with abstract biomorphic and landscape forms, while in Made in L.A. 2018 she presented crisply rendered paintings from the 1960s and 1970s featuring parts of her body against Native American rugs, and another series showing feathers floating in the sky, inspired by a fire ritual she once witnessed. 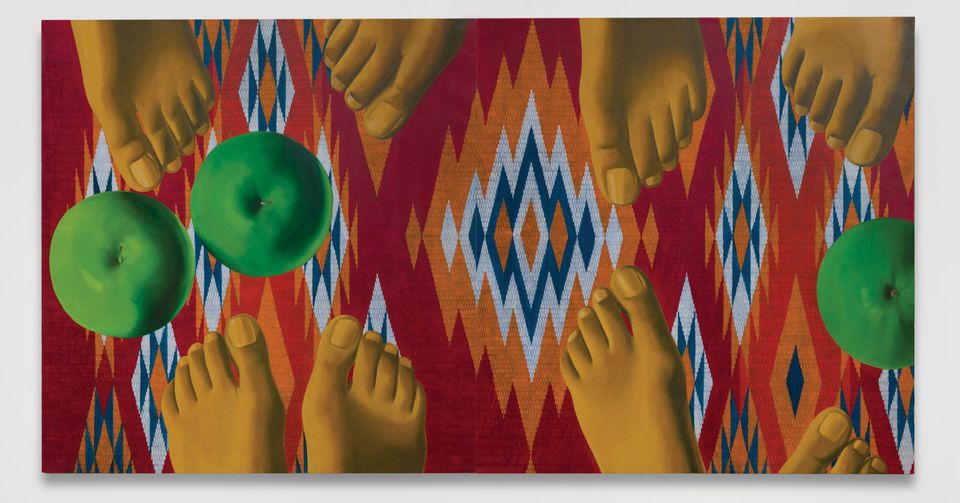 Born in Venezuela, Hurtado’s family emigrated to the US when she was eight. In New York, she attended art classes at the Art Students League, and later did fashion illustration and shop window design. In the 1940s, the artist Isamu Noguchi introduced her to the Austrian-Mexican painter Wolfgang Paalen, and she moved with him and her two young sons (from a previous marriage) to Mexico City where she mixed with Leonora Carrington, Diego Rivera and Frida Kahlo.

Paalen was a key member of the Dynaton group, which also included Gordon Onslow Ford and Lee Mullican. In 1948, Hurtado and Paalen moved to the San Francisco Bay, where Ford and Mullican lived; in 1950 Hurtado left Paalen and, soon after, married Mullican, with whom she had two more sons, John, now a filmmaker, and Matt, an artist.

Hurtado was never considered a member of Dynaton, though the group’s Surrealist sensibility, cosmic mysticism and interest in indigenous art—especially pre-Colombian and Native American art forms—were undeniably incorporated into her own transcendent visions. While she has never made overtly political art, her work embodies an assertively female viewpoint that is both universal and uniquely her own.

The Hammer Museum’s Made in L.A. biennial has an impressive track record of bringing some of the city’s lesser known senior artists into the limelight. A memorable inclusion in the 2016 edition was Huguette Caland, born in Lebanon in 1931 and unknown to most Angelenos despite her residence in Venice Beach between 1987 and 2013. Caland’s luminous and erotically suggestive semi-abstract paintings and drawings from the late 1960s to the 1980s are the subject of an exhibition at Tate St Ives this month, her first in the UK. In the 1970s, she collaborated with the designer Pierre Cardin on designs for billowy caftans, which are also included in the show. J.G.