How do you crowd-source art without the crowd? The Indigenous artists explore communal art-making traditions amid the isolation of last year 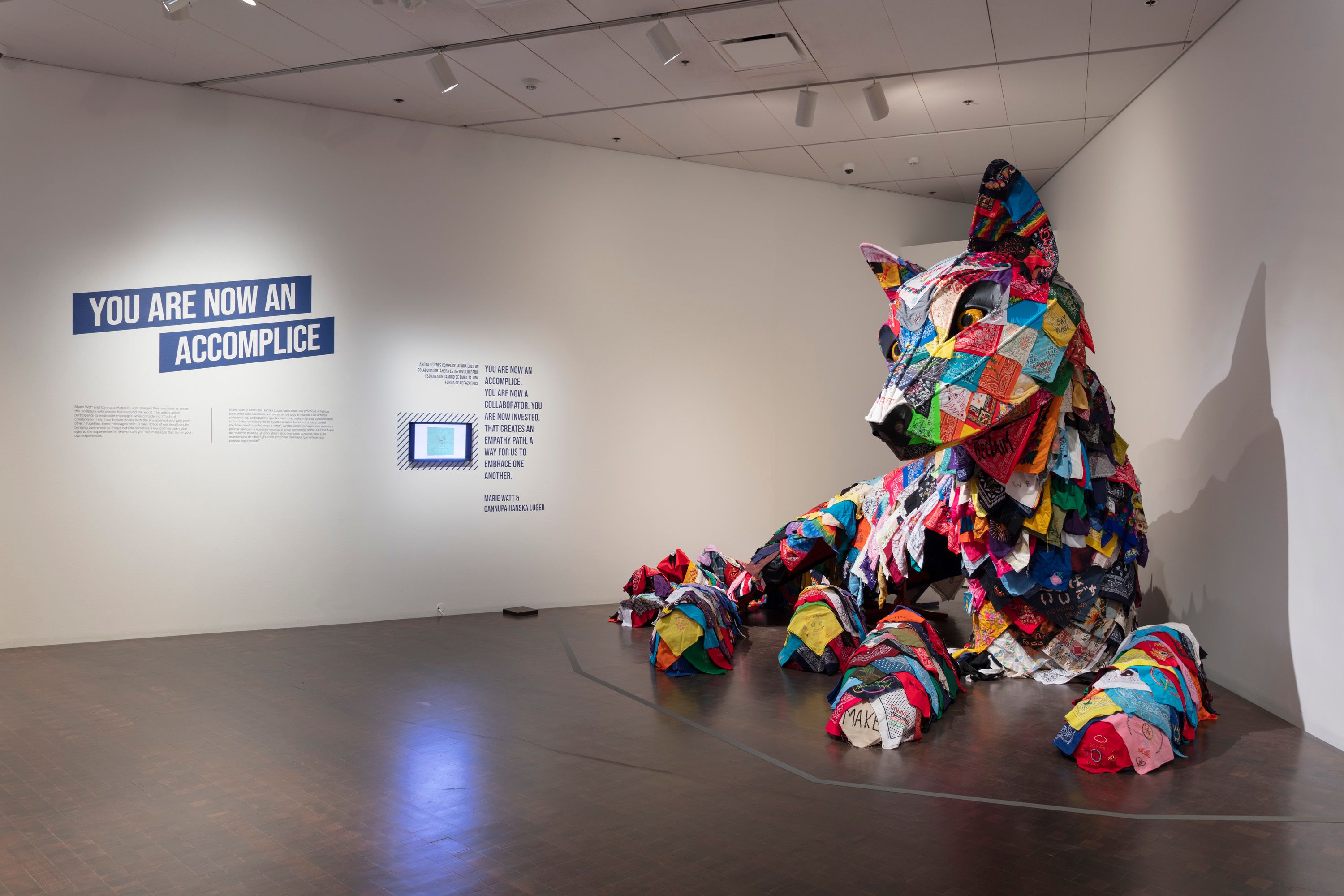 The American artists Marie Watt and Cannupa Hanska Luger originally envisioned their joint exhibition Each/Other at the Denver Art Museum (until 22 August) as a project that would activate the galleries with collaborative, hands-on events evoking Indigenous art-making and community-building traditions. But with plans upended by the coronavirus pandemic, the artists shifted their focus “toward the idea of shelter, both as it relates to the global health crisis but also the civil unrest in the US that ensued over the last year”, Luger says.

The show comprises more than 20 mixed-media sculptures, wall hangings, installations and two crowd-sourced works. The centrepiece of the exhibition, from which the show draws its title, is a she-wolf steel figure covered with more than 700 bandanas embroidered with personal messages by national and international contributors. The work was slated to be made through in-person sewing events but was completed through an online open call. It represents a “sense of sheltering—of motherhood and protection—either from others or from toxic air or from other aspects of life”, Luger says. The project took new pertinence amid the “isolation and precarity of the shelter-in-place format we were living through”, he adds. 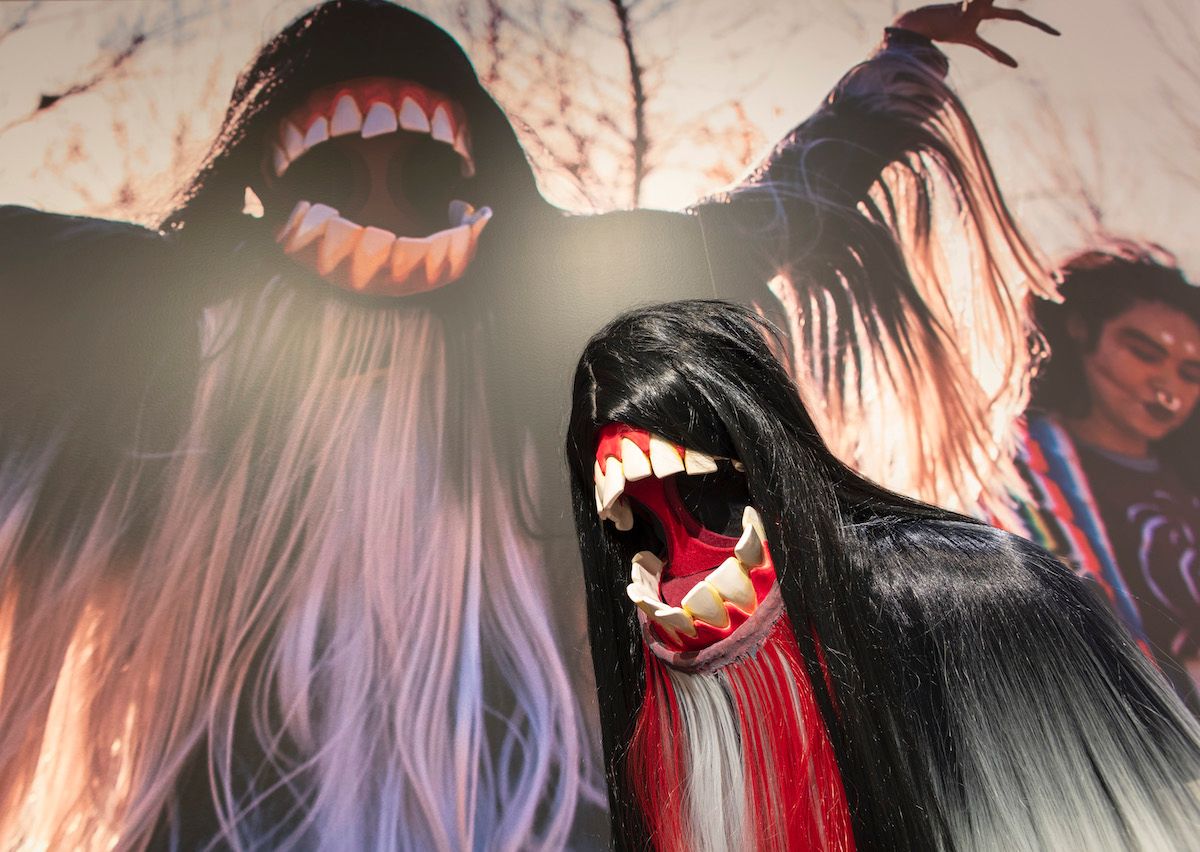 The other crowd-sourced work is an iteration of Watt’s ongoing Blanket Stories series, a sculptural work made from stacked blankets that the artist has described as a visualisation of impermanence and how most people enter and leave life swaddled in coverings. The blankets, which again would have been collected through in-person gatherings before the pandemic, also references the tribal tradition of giving and trading blankets to mark important life events.

Both artists have practices rooted in socially-engaged work. Luger (Mandan, Hidatsa, Arikara, Lakota) became widely known in 2016 for his mirrored shields project in the Standing Rock Reservation in North Dakota during the Dakota Access Pipeline protests. This year, the New Mexico-based artist received the $50,000 United States Artists Fellowship Award for craft in recognition of his multi-pronged projects that combine art with political action. He most recently co-directed and designed complex costumes for the opera Sweet Land (2020), several of which are on view in the exhibition. 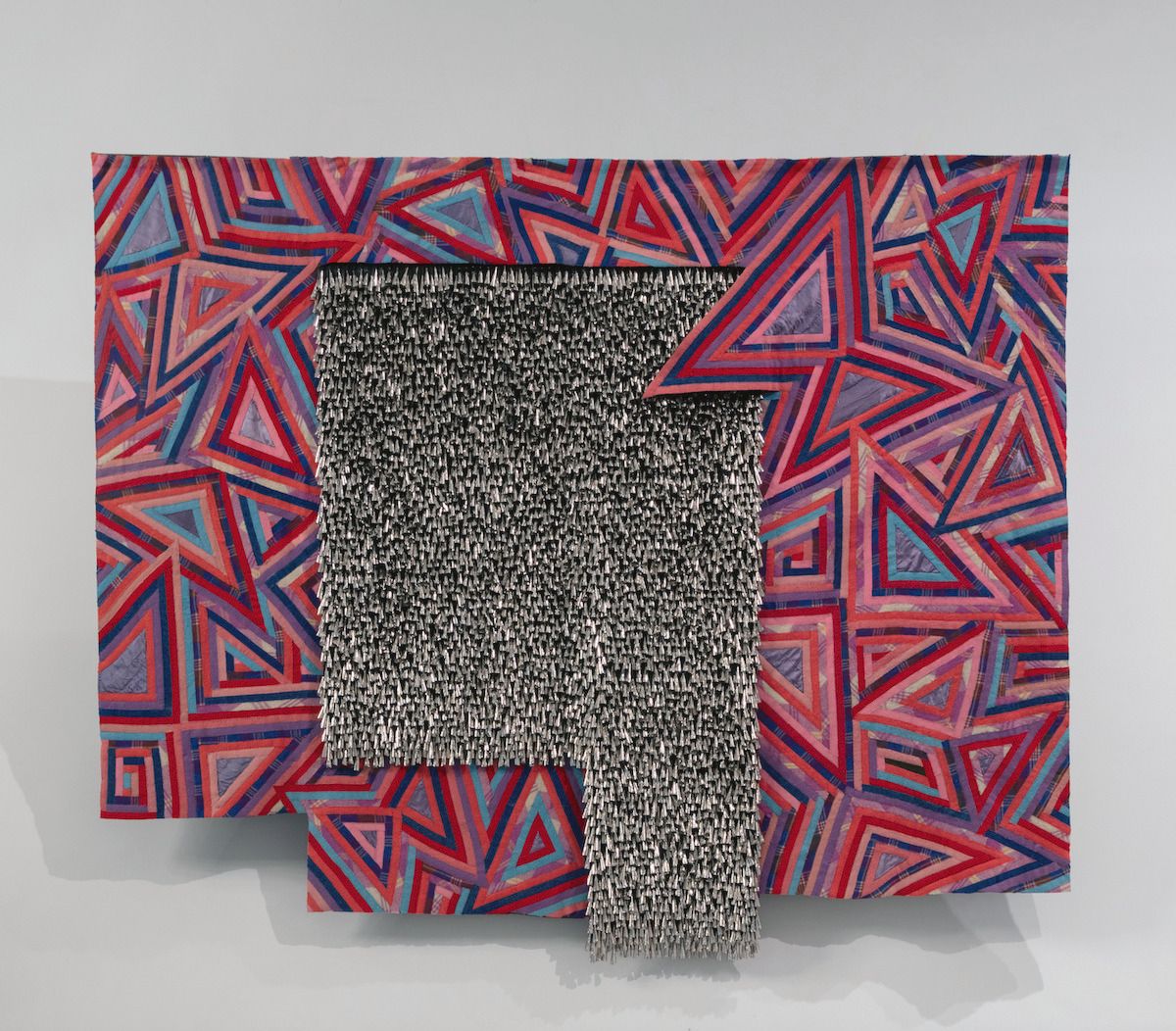 Watt (Seneca) is renowned for her works that explore Iroquois teachings, feminism and creative collaboration. Her work is held by major museums including the Whitney Museum of American Art, the Crystal Bridges Museum of American Art and the National Gallery of Canada. Watt was an artist-in-residence of the DAM’s Native Arts residency programme in 2013, where she led sewing circles that culminated in the mixed-media work Butterfly (2015) and the 20ft-tall totemic work Blanket Story: Confluence, Heirloom, and Tenth Mountain Division (2013) in the show, which is made up of more 150 donated blankets.

John Lukavic, the museum’s curator of Native Arts, who brought the artists together for the exhibition, hopes the show “demonstrates the adaptability of collaboration amid crisis”, he says. When the museum temporarily closed last year, it was “interesting to adjust to change, and attempt to adapt this large exhibition built around social practice”. 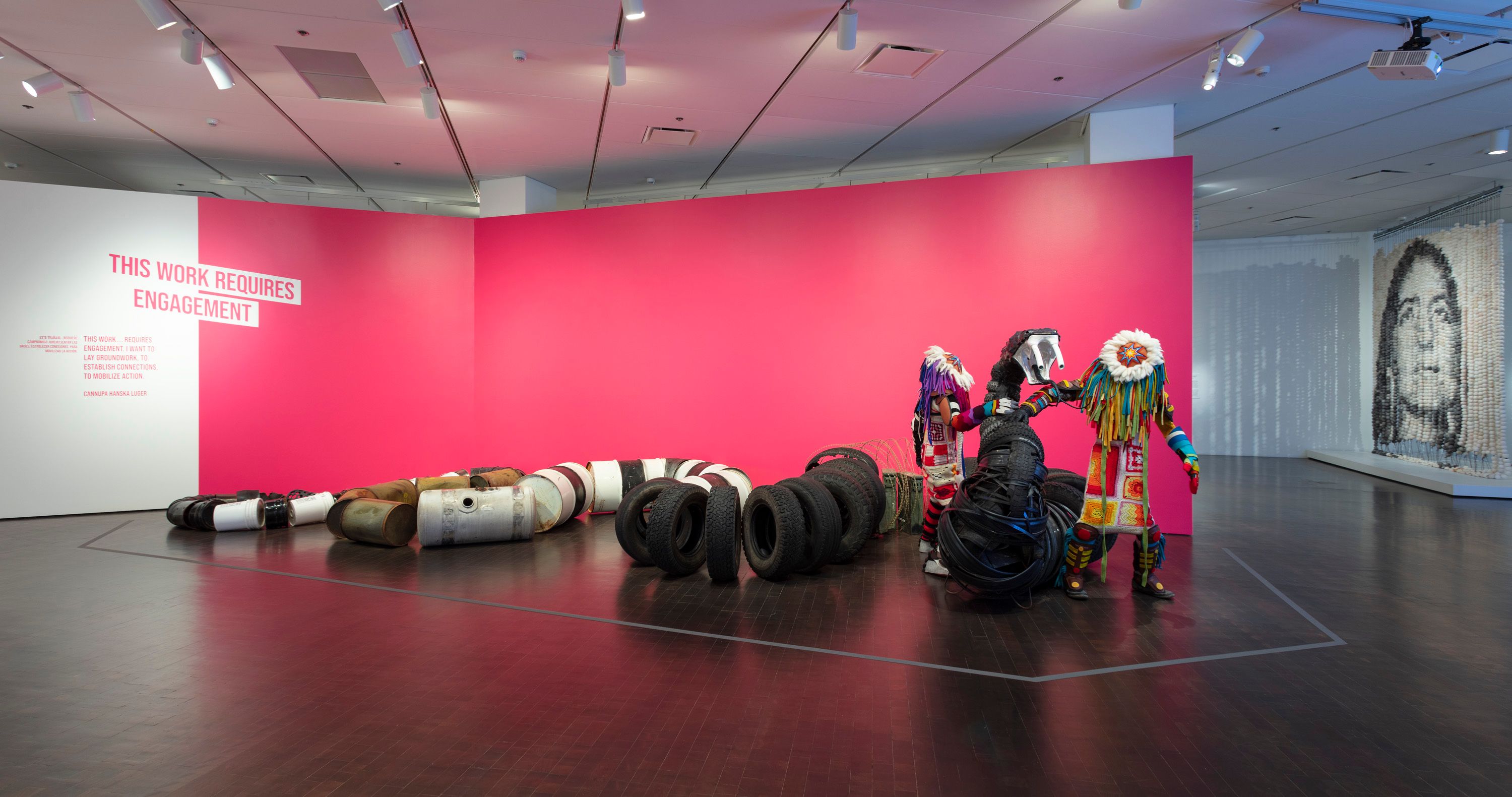 The DAM is still operating at reduced capacity and most of the events planned around the exhibition have been moved online, although that could change in the coming months as restrictions ease in Colorado. The show is due to travel to the Michael C. Carlos Museum at Emory University in Atlanta in September.