From Tutankhamun's new king-sized home in Cairo to Munch's sleek space in Oslo, here is our pick of the big openings this year 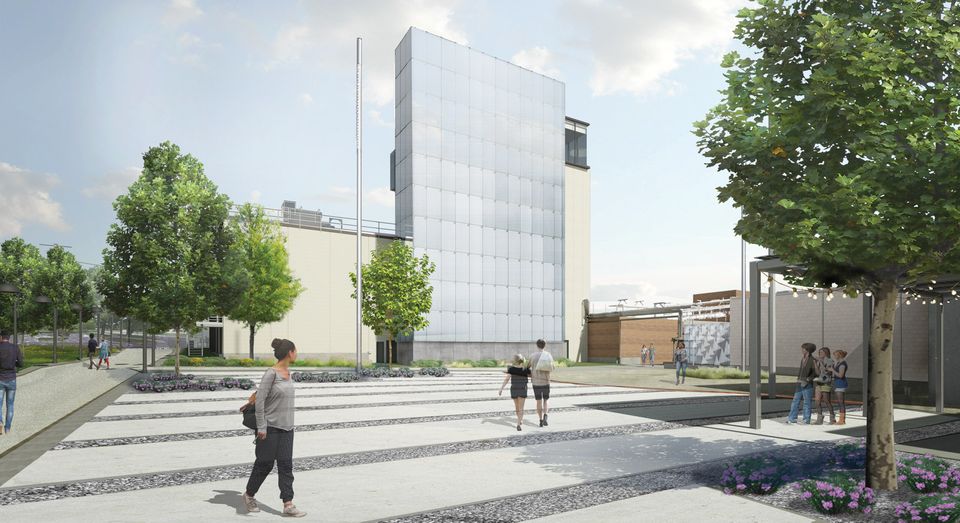 The Momentary, Bentonville, Arkansas, US

The Momentary is a new contemporary art satellite space affiliated with the Crystal Bridges Museum of American Art. The 5,800 sq. m (62,000 sq. ft) former cheese factory in downtown Bentonville will serve as an edgier outpost to the museum founded in 2011 by Alice Walton, the daughter of Walmart founder Sam Walton. A survey of emerging artists, State of the Art II (22 February-24 May), will launch simultaneously in the new venue and at Crystal Bridges. The exhibition follows State of the Art: Discovering American Art Now in 2014, for which Crystal Bridges curators scouted more than 100 artists from across the US. 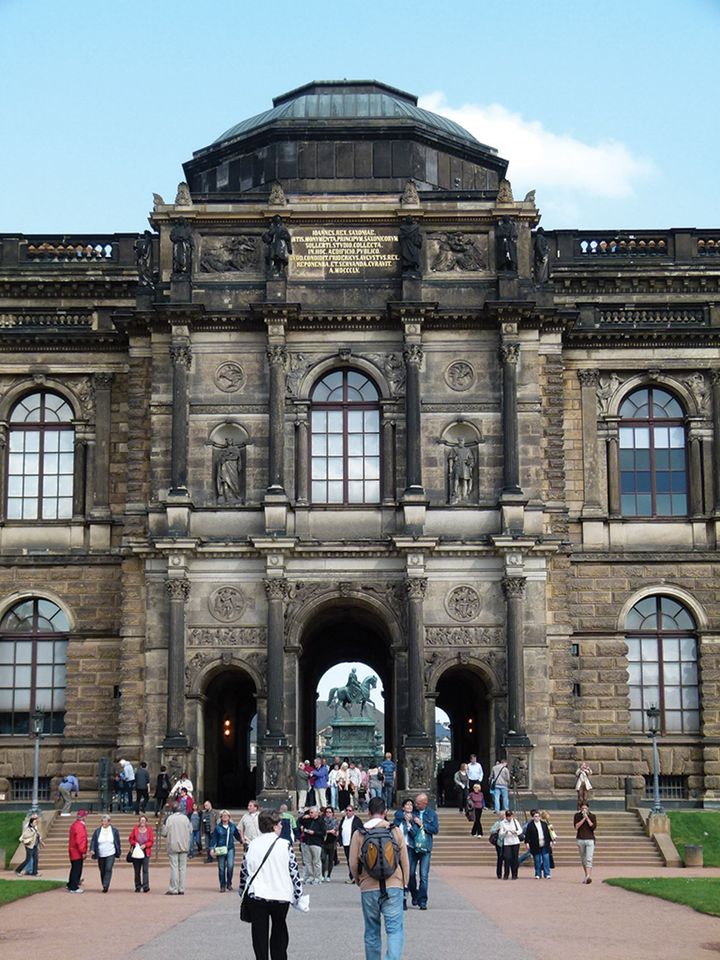 The Semper building at the Zwinger—part of the Dresden State Art Collections —is one of the world’s most high-profile Old Master picture galleries, home to Raphael’s Sistine Madonna (1513), Giorgione’s Sleeping Venus (1510) and Vermeer’s The Procuress (around 1657). “Once the restored and newly refurbished building opens, the sculpture collection up to 1800 will also be presented here in dialogue with the paintings,” according to a statement. The opening was pushed back after €600,000 of private funding enabled the addition of “state-of-the-art accent lighting”. 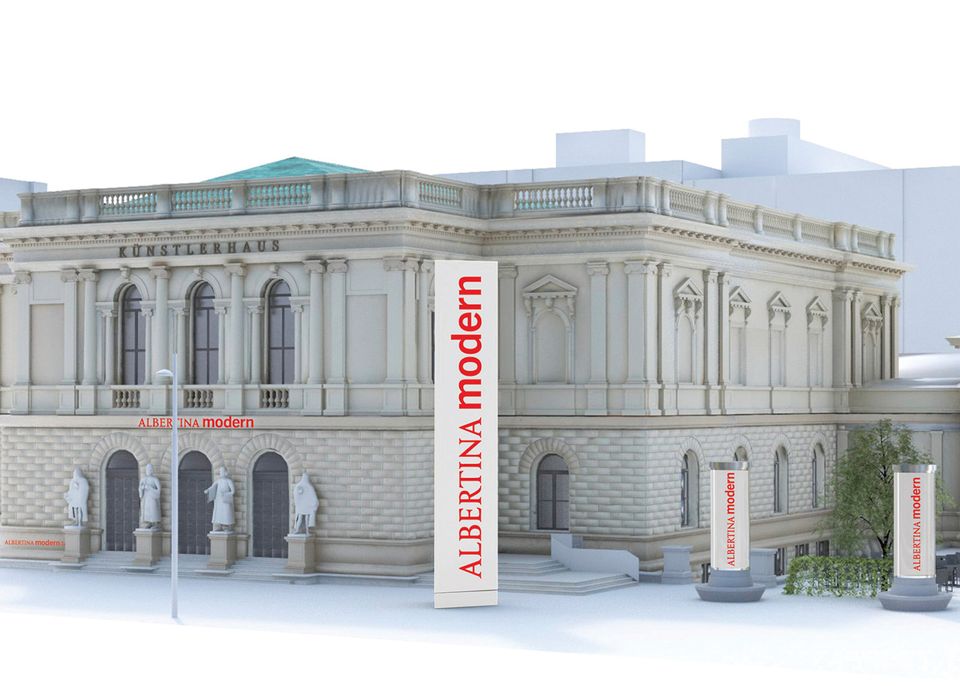 More than 60,000 works by 5,000 artists will be housed in the Künstlerhaus, a separate gallery in central Vienna for the Albertina’s Modern and contemporary art holdings. This will be anchored by the Essl Collection, which the Albertina partially acquired in 2018, including pieces by Cindy Sherman, Georg Baselitz and Alex Katz. The €50m cost of refurbishing the 2,500 sq. m building is being funded by the foundation of the industrialist Hans Peter Haselsteiner, who is also lending his share of the Essl Collection to the museum. The opening show, The Beginning. Art in Vienna, 1945 to 1980, surveys post-war Austrian art. 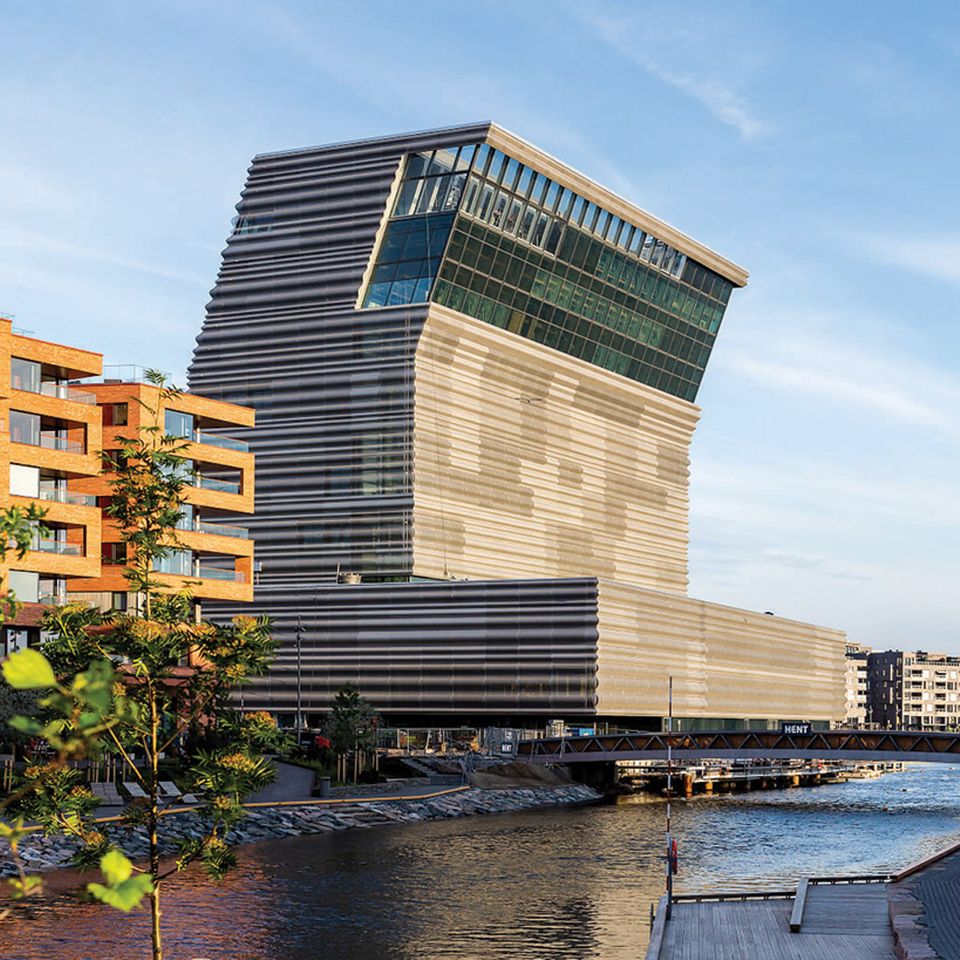 The Norwegian capital’s status as a culture hub continues to grow with the long-awaited new Munchmuseet (Munch Museum) opening this summer. After 56 years located in a cramped venue east of the city centre, the collection of 1,150 paintings and more than 18,000 prints by Edvard Munch will move to a new 13-floor, 26,000 sq. m building in the waterside area of Bjorvika. The inaugural exhibition pairs the British artist Tracey Emin with Munch, while a 7m-high bronze of a kneeling woman by Emin will stand outside the new institution. 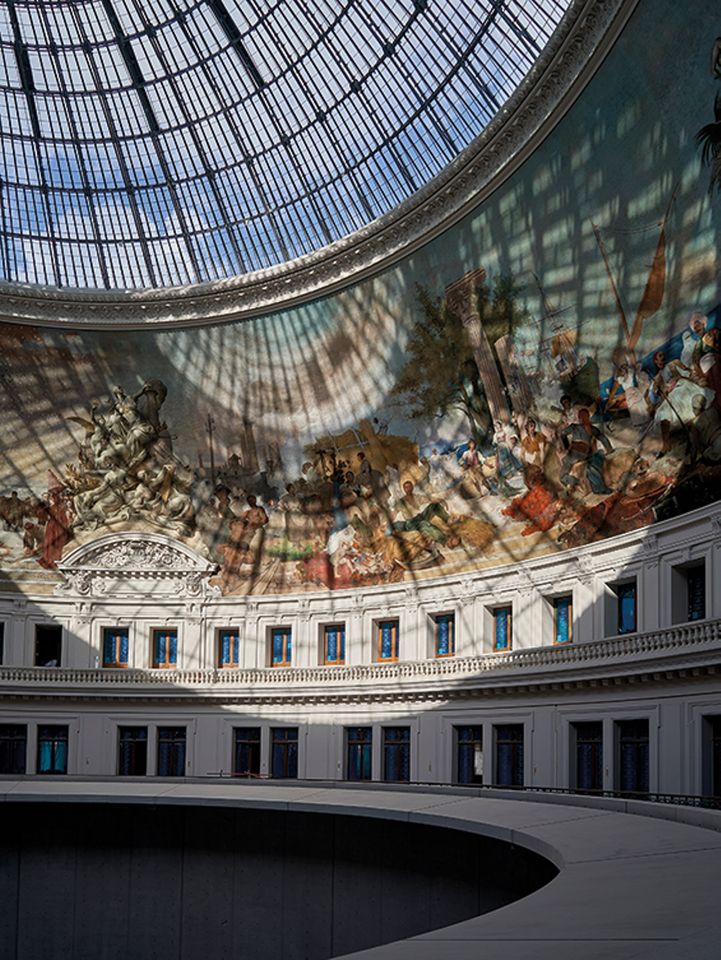 The French billionaire collector François Pinault’s hotly anticipated Parisian museum is housed in the former stock exchange building near the Louvre. The contemporary art venue, which will show works amassed over 40 years, has been restored by the Japanese architect Tadao Ando, who designed the collector’s two Venetian galleries, Palazzo Grassi and Punta della Dogana. Seven galleries will occupy the building, which features a circular walkway for viewing the 19th-century internal façade. 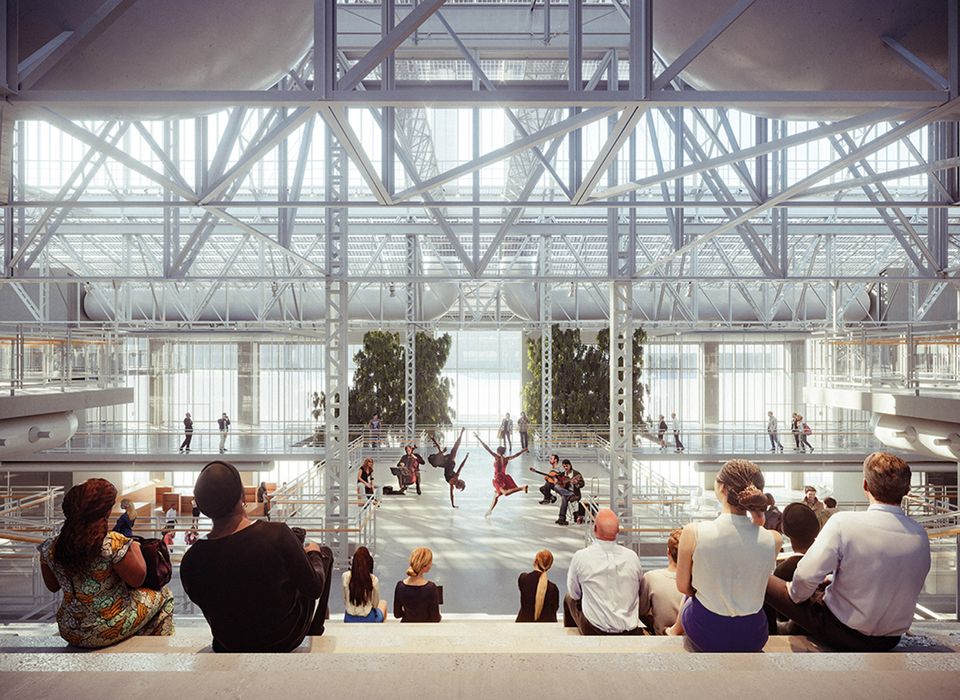 Moscow gets an enormous new art centre this year with the launch of GES-2 in a former power plant near the Kremlin. V-A-C, set up by the billionaire Leonid Mikhelson, is behind the new 20,000 sq. m venue, which has been converted by the Italian architect Renzo Piano. The complex will host an artist residency block, amphitheatre, education centre and library. Artists in the V-A-C collection include Wassily Kandinsky, Gerhard Richter and Christopher Wool. 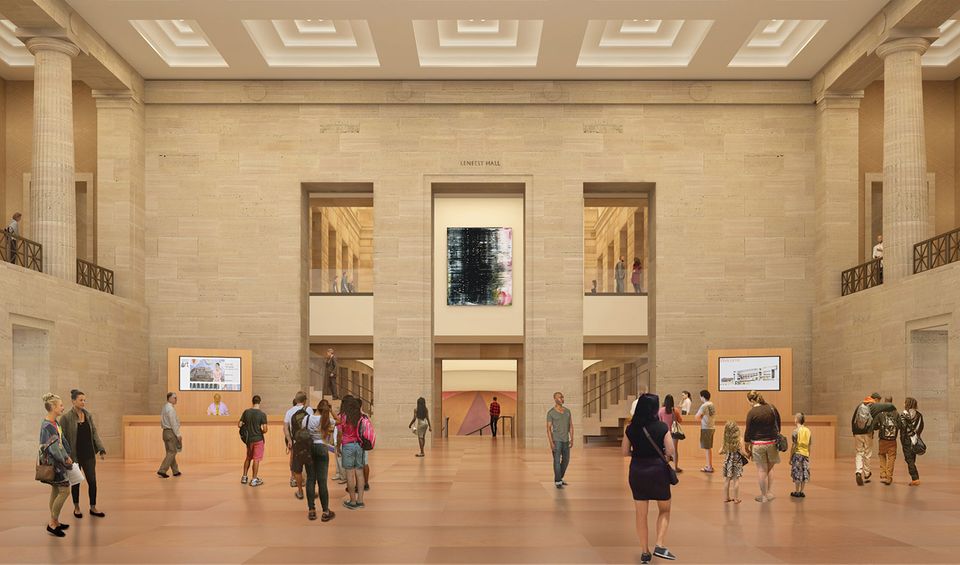 Philadelphia Museum of Art in Philadelphia, US Rendering by Gehry Partners and KX-L

The next major phase of the museum’s redevelopment masterplan, overseen by the Pritzker Prize-winning architect Frank Gehry, is due to be unveiled later this year, radically transforming the Neo-Classical building that opened in 1928. “By the end of the core project in 2020, we will bring you 90,000 sq. feet [8,400 sq. m] of new galleries and public spaces,” says the museum’s director, Timothy Rub. Eight galleries will be dedicated to “a more inclusive, expansive story of American art”, according to the museum’s curators. 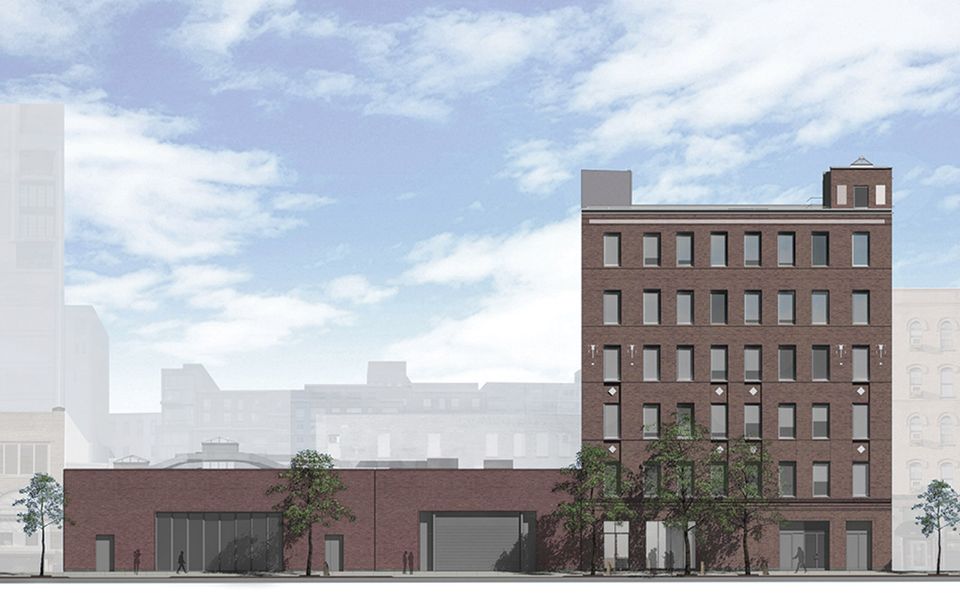 The Dia Art Foundation in New York is expanding its Chelsea location, uniting its three adjacent buildings on West 22nd Street into a single space. Designed by the Architecture Research Office company, Dia:Chelsea’s unified venue will have 20,000 sq. ft of ground-level galleries, a library and education spaces. Joseph Beuys’s famed installation 7000 Eichen (7000 oaks, 1982), comprising basalt stone columns and ancient trees, will extend further along the street as part of the revamp. The building work is part of a $90m capital campaign that will support the launch of a Soho venue in autumn 2022 and boost the foundation’s endowment. 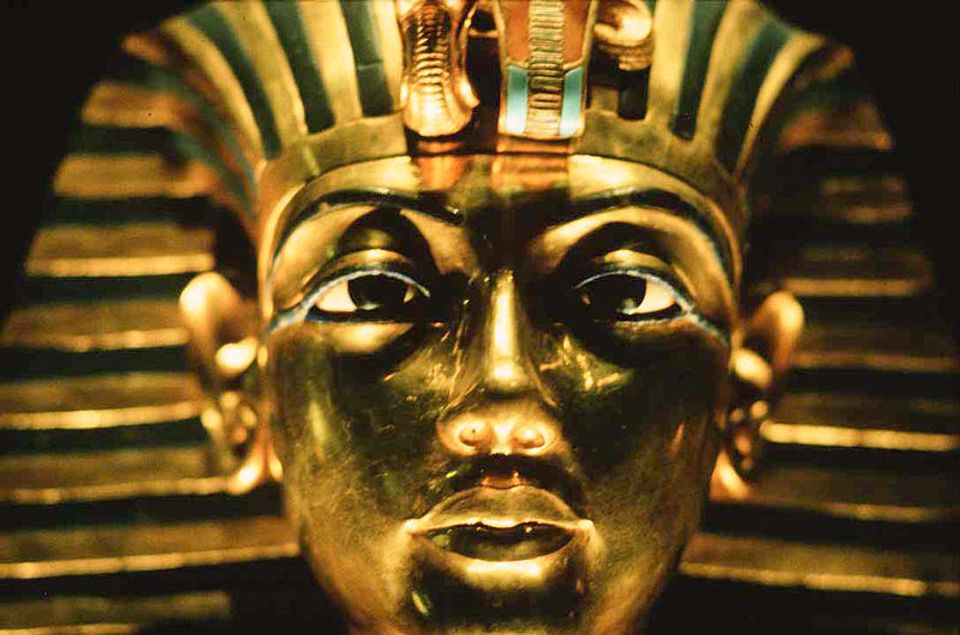 First announced in 1992, this gargantuan Heneghan Peng-designed museum complex near the Pyramids of Giza will be home to some 100,000 Egyptian artefacts, ranging from pre-history to the Greco-Roman period. The star attraction will be the Tutankhamun collection, with all 5,400 objects from the boy-pharaoh’s tomb going on view together for the first time. In suitably grand style, the Egyptologist Zahi Hawass has written an opera to inaugurate the new museum. The 480,000 sq. m site (bigger than Vatican City) will also host shops, restaurants, a conference centre and cinema catering to an estimated five million visitors a year. 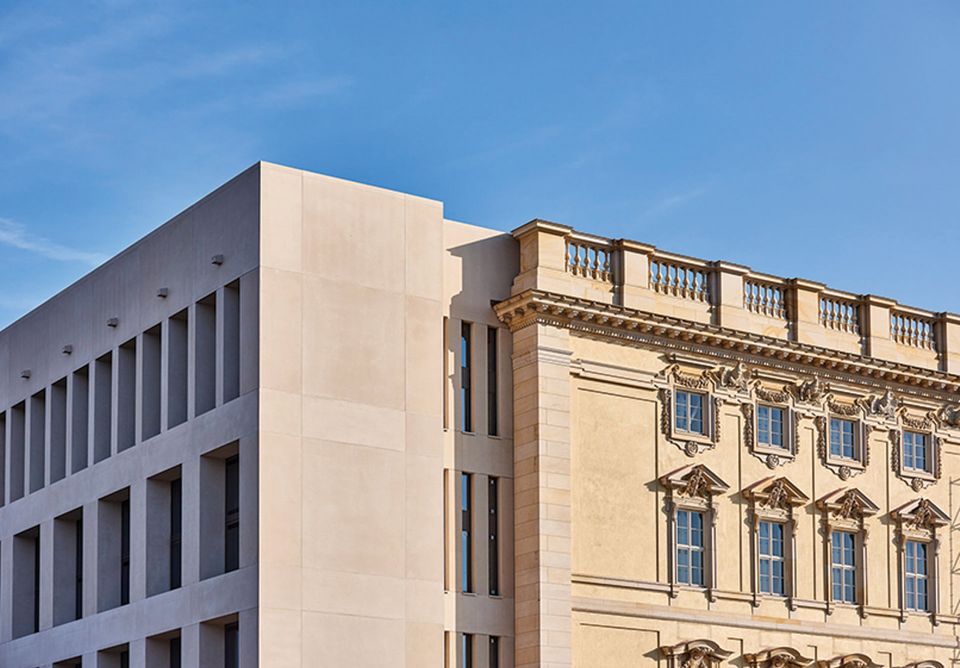 This vast new museum complex, initially scheduled to open last year, is based in a reconstructed royal palace in the German capital. It will house Berlin’s non-European ethnological and Asian art collections; permanent displays on the history of the city as well as the Schlossplatz site; spaces for temporary shows, performances and lectures; and an open research laboratory run by Humboldt University. Visitors can look forward to “exhibitions, films and discussions with specialists and commentators on science, art, religion, politics and business exploring the day’s burning questions”, according to a curatorial statement.

Other museum openings on the horizon 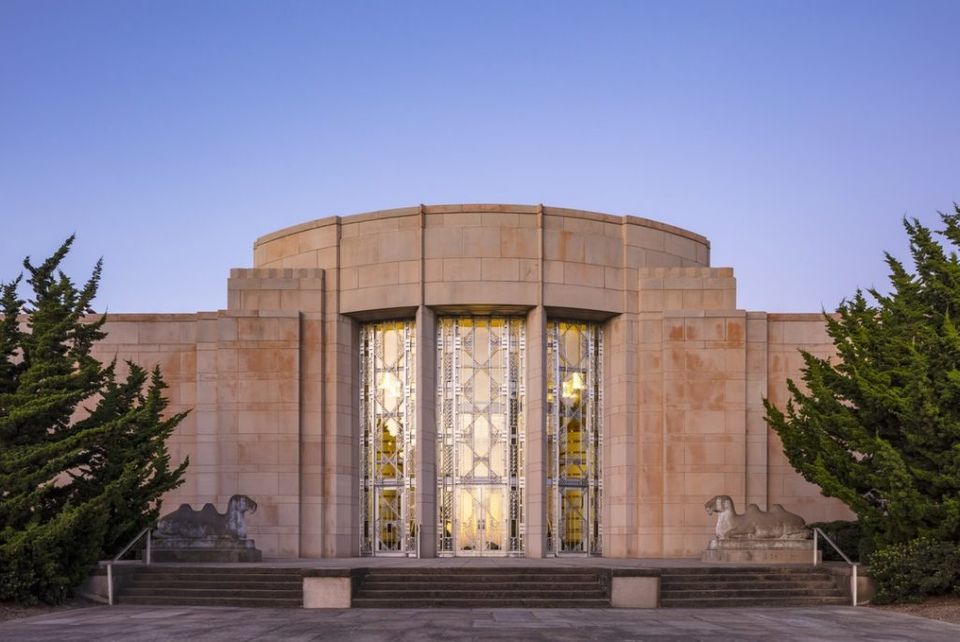 • The Art Deco building of the Seattle Asian Art Museum reopens on 8 February after a $56m, two-year refurbishment. New features include a glass-enclosed lobby, an education studio and conservation centre.

• A new $30m building for Oklahoma Contemporary is due to open on 13 March in downtown Oklahoma City, designed by Rand Elliott architects. The inaugural exhibition, Bright Golden Haze, focuses on artists’ use of light.

• The privately funded HE Art Museum will open on 21 March in Foshan, southern China. Designed by Tadao Ando, it houses Chinese and international contemporary art.

• The Box, a new £40m museum complex in Plymouth, south-west England, will bring together six existing collections when it opens in the spring. The inaugural exhibition, Mayflower 400: Legend and Legacy, marks 400 years since the Pilgrims sailed from Plymouth for the New World.

• The $90m Akiko Yamazaki and Jerry Yang Pavilion at the Asian Art Museum of San Francisco is due to open in April with an exhibition of works by the Japanese multimedia collective teamLab.

• In May, the Basel H. Geiger Cultural Foundation is to launch a new exhibition space in a former industrial building in Basel, Switzerland. The programme will focus on “art that is under-represented in Switzerland”, its founders say. The inaugural show will focus on art by contemporary Caribbean artists.

• The Seiji Togo Memorial Sompo Japan Nipponkoa Museum of Art in Tokyo, which owns Van Gogh’s Sunflowers (1888), is moving from its current venue on the 42nd floor of a skyscraper to a purpose-built adjacent museum, due to open in May.

• The phased reopening of the Denver Art Museum kicks off in June with the unveiling of three levels of the Gio Ponti-designed Martin Building—including the renovated Northwest Coast and Alaska Native galleries—and the new Anna and John J. Sie Welcome Center.

• The Musée National Picasso-Paris and the Fondation Giacometti will launch a Beijing museum in June.

• The Fruitmarket Gallery, a contemporary art centre in Edinburgh, is expanding into the warehouse building next door as part of a £3.7m redevelopment scheduled for completion later this year.

• The Museum of Fine Arts, Houston, is due to complete the multi-year redevelopment of its 14-acre campus, led by Steven Holl, this autumn. Additions include the 15,000 sq. m Nancy and Rich Kinder Building for Modern and contemporary art and a state-of-the-art conservation centre. 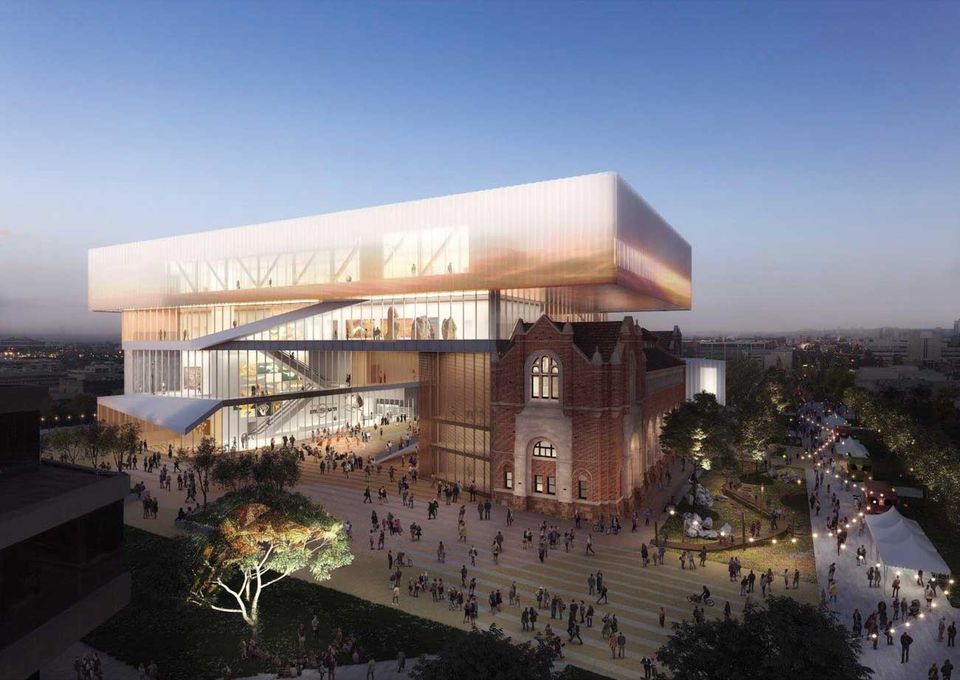 • On the heels of outposts in Tallinn and New York, the Stockholm-based Fotografiska is due to open its 8,300 sq. m space in east London in late 2020

• Art Jameel is building Hayy: Creative Hub, a 17,000 sq. m development in Jeddah that will include galleries and studios. It is due to open later this year, two years behind schedule.

• Postponed from late 2019, the Academy Museum of Motion Pictures in Los Angeles is due to open in 2020. It aims to chart the history of movie-making in Hollywood and beyond. Renzo Piano’s design comprises the six-floor Saban building (the former May Company department store) and a glass-topped sphere hosting the 1,000-seat David Geffen Theater.