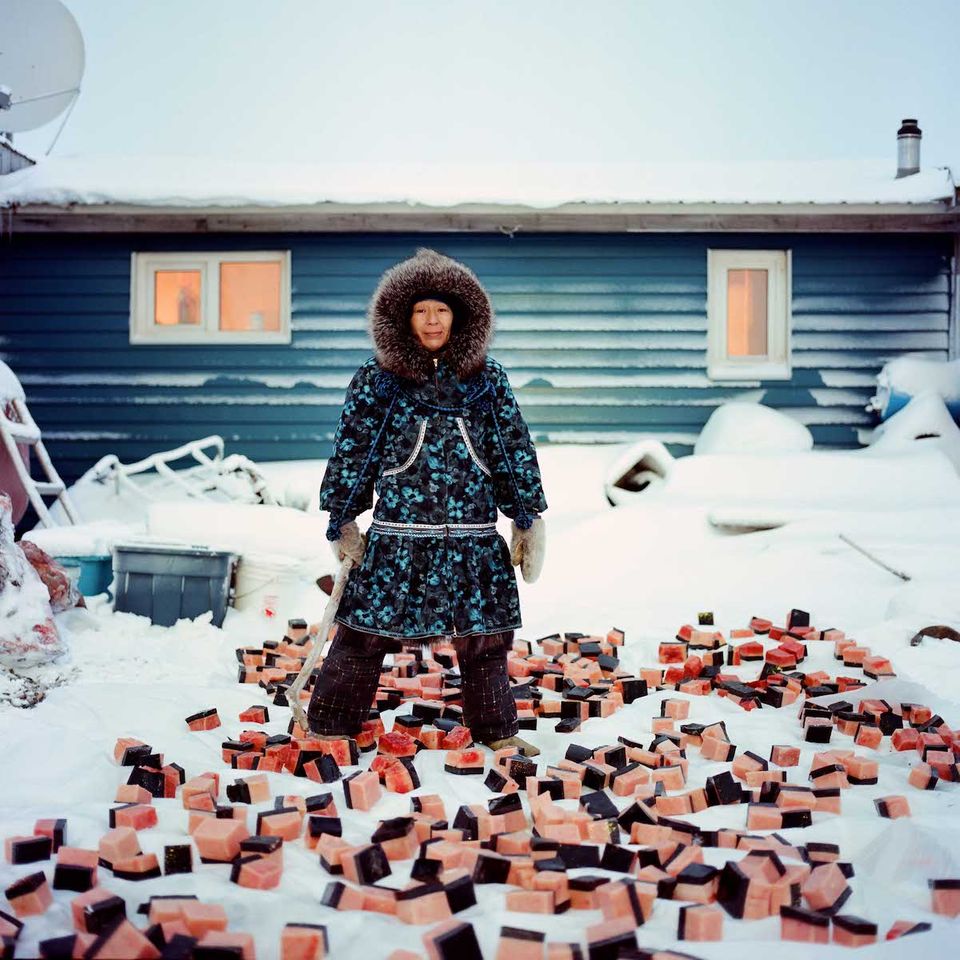 A work by the Iñupiac photographer Brian Adams from his 2017 series I am Inuit © Brian Adams; photo courtesy of the artist

Next month, the National Gallery of Canada in Ottawa will open the second exhibition in an ongoing series of shows devoted to contemporary Indigenous art. The show, Àbadakone, Feu Continuel, Continuous Fire (8 November-5 April 2020) follows the 2013 exhibition titled Sakahàn, an Algonquin word that means "to start a fire".

The exhibition is a global survey of Indigenous art comprising works by around 70 artists from more than 40 indigenous peoples from 16 countries, including various new commissions. The museum has also organised a series of film screenings, workshops, artists' talks and symposia around the exhibition and plans to acquire many of the works on view as part of an initiative to support contemporary art informed by ancestral practices that were harmed by colonialism.

“Our curatorial work for the show was tied to the idea of relationship-building and process,” says Rachelle Dickenson, who jointly curated the show with Greg Hill and Christine Lalonde. “A major aspect of the show is about us making connections with artists and dealers around the world to help us build our collection of contemporary Indigenous art—to be a leading example of the category.”

In one of the highlights of the show, the Mata Aho Collective, which is made up of the Māori women artists Erena Baker, Sarah Hudson, Bridget Reweti and Terri Te Tau, has created the site-specific work AKA (2019)—a 14m-tall woven column of rope that ascends to the ceiling of the museum and symbolises Whaitiri, the personification of thunder in Māori mythology. "Much of our work and research is around the erasure of women centred narratives and in particular our female goddesses through patriarchal colonial systems," Mata Aho says. The artists have previously shown at the Royal Academy in London and were included in Documenta 14 in 2017. The exhibition also includes works by Peter Morin, Zanele Muholi, Brian Adams, Tracey Moffat, Maria Hupfield and Dylan Miner.

“I’m interested to see the practical dialogues that are going to happen around the exhibition, consistent with moving toward the decolonisation of art institutions,” says Dickenson. “We hope the series allows visitors and artists to have a powerful social experience facilitated by art.”

Correction: We mistakenly reported that Mata Aho Collective's work AKA symbolised Tāwhirimātea, the male god of thunder. The work in fact represents the female deity Whaitiri.