Niko Pirosmani: the ‘vagabond’ who inspired the Russian avant-garde

The self-taught artist, whose work commands surprisingly high prices at auction, is the subject of an exhibition at Vienna's Albertina museum 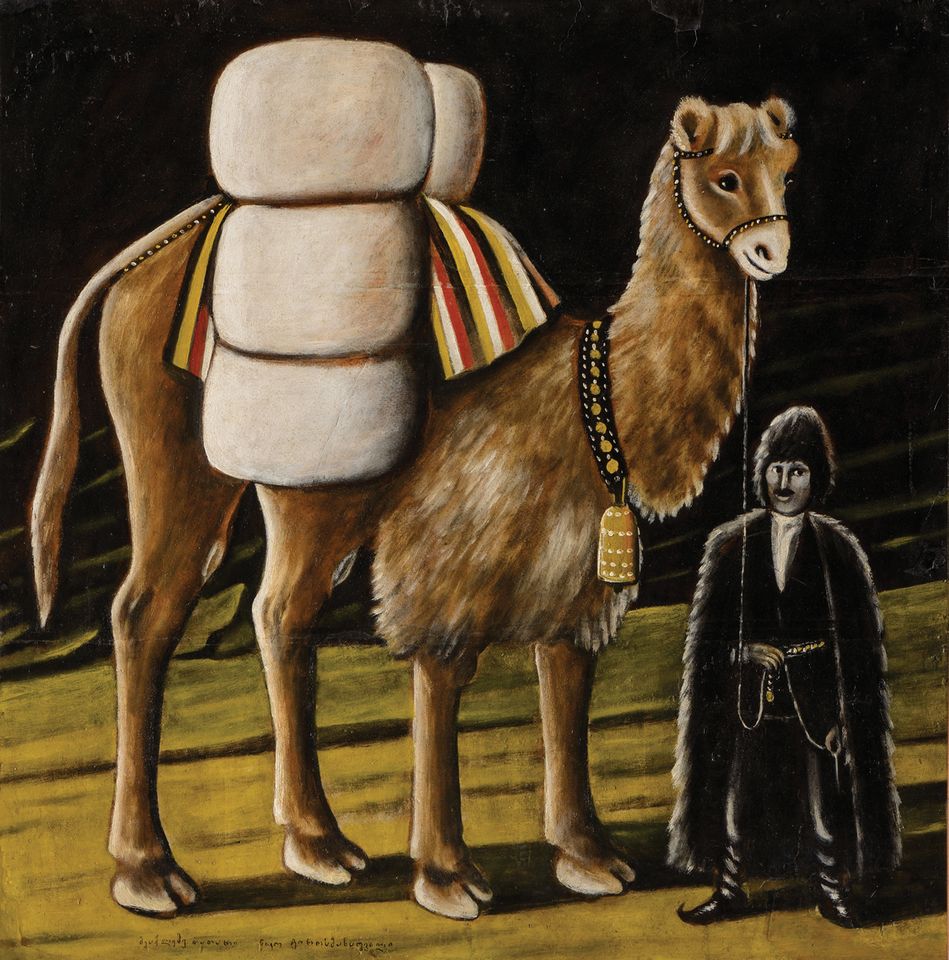 Niko Pirosmanashvili, a peasant from the Caucasus Mountains who became a self-taught artist known as Pirosmani and inspired key figures in the Russian avant-garde, is about to get his due in Europe with an exhibition that will open this week at the Albertina in Vienna.

Many details of Pirosmani’s life are murky, but it is known that he was the orphaned son of poor farmers who had to support himself as a sign painter in Tbilisi, Georgia. These shop signs, as well as the paintings that he created for taverns, are full of visual references to his rural origins.

Pirosmani was discovered by the young Russian artists Kirill Zdanevich and Mikhail Le Dentu, who became enamoured of his work, started buying it up, and brought it to the attention of the more established artist couple Mikhail Larionov and Natalia Goncharova, who sought inspiration in folk art and included it in the seminal avant-garde exhibition Target in Moscow in 1913.

The Kakhetian Train (around 1895-1918). The artist’s works can command sizeable sums at auction © Roberto Bigano; Infinitart 2015

When Pirosmani died in 1918 he was still relatively unknown but, according to the German art historian Gottfried Boehm, over time his life and works have come to symbolise a Georgian national identity following centuries of subjugation to different empires, from the Ottoman to the Russian.

Bice Curiger, the show’s curator and artistic director of Fondation Vincent Van Gogh Arles, first became aware of Pirosmani during a visit to the Museum of Fine Arts in Tbilisi, in 1988, where he was described to her as “the Douanier Rousseau of the East”. “Pirosmani was not an avant-gardist,” Curiger says. “He was a vagabond who painted directly for his commissioners, the owners of taverns and restaurants. What seems of interest today is exactly this direct relationship to an audience, which made him paint his brilliant creations in a fast and concise painting style.” 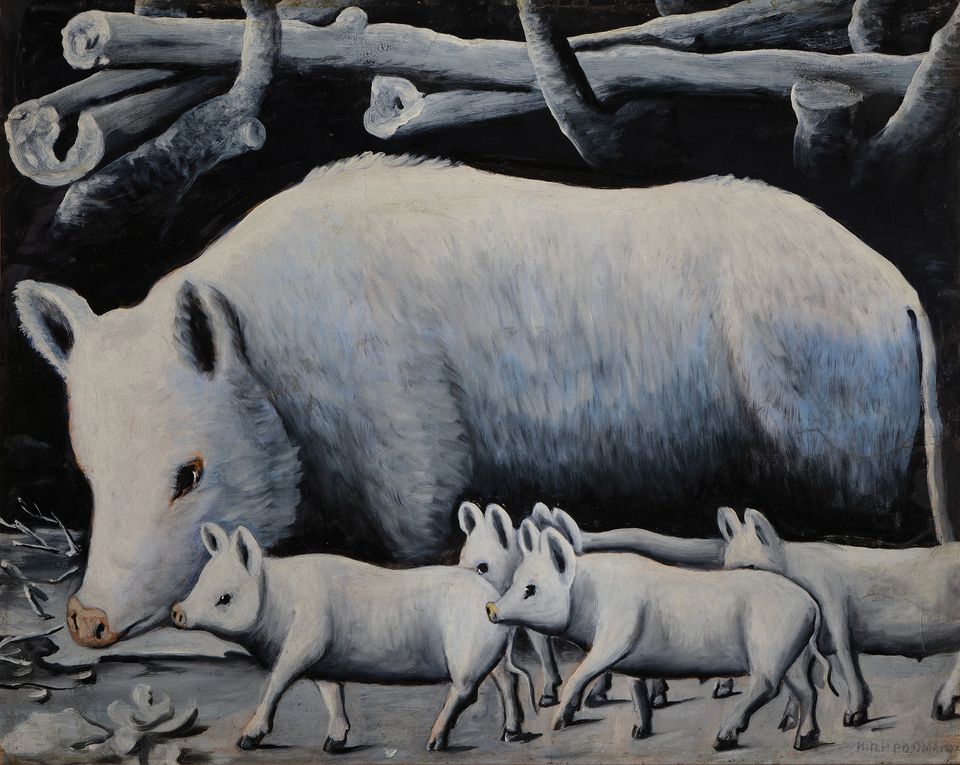 The influence of “late medieval Georgian church painting” and gravestones make him a “living bearer of the ‘cultural memory’ of his country”, says Irina Arsenishvili, the chief curator of the Georgian National Museum, from where most of the works in the exhibition will come.

And this is perhaps one of the qualities that has meant, for an “outsider” artist, his works have fetched very high prices at auction. For example, Arsenal Hill at Night sold for more than $1.5m at Christie’s in 2015, while Roe Deer Drinking From a Stream sold for £629,000 at Sotheby’s in 2016. Both were bought by the Georgian billionaire, and former prime minister, Bidzina Ivanishvili.

The exhibition is being staged jointly by the Albertina and the Fondation Vincent Van Gogh Arles, with the support of the Vienna-based foundation Infinitart.