Object lessons: from a dagger-brandishing Irma Stern painting to a Munch self-portrait with a turbulent history

Our pick of the highlights from this month's auctions 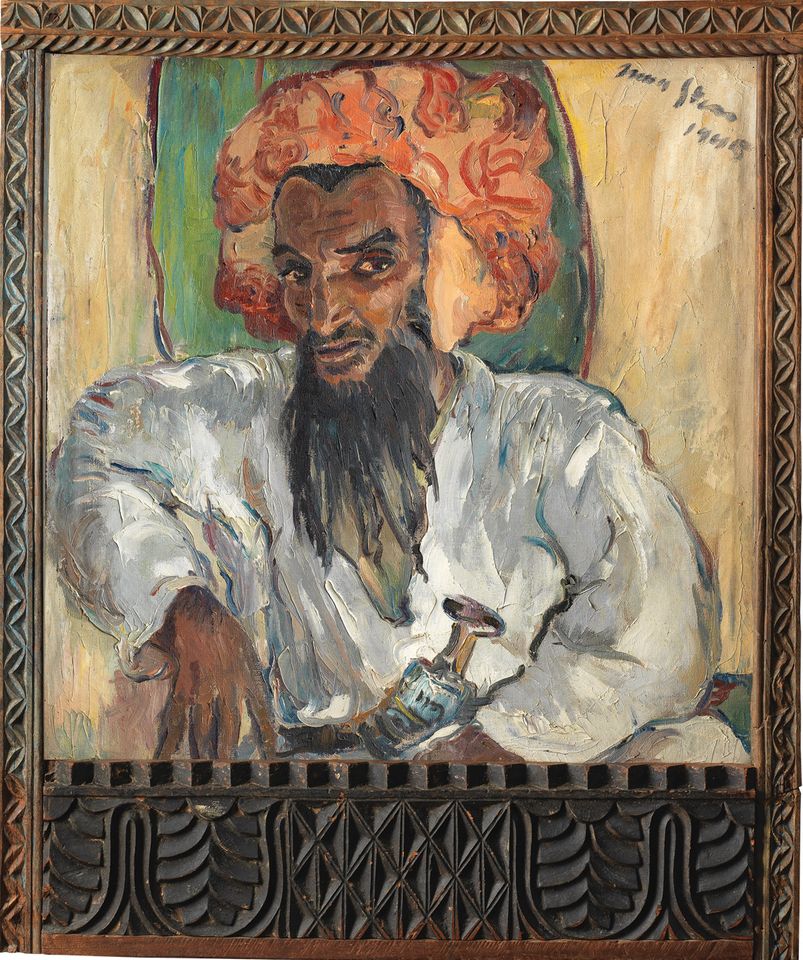 The South African artist Irma Stern painted this dagger-brandishing rogue during a six-year period between 1939 and 1946, when she travelled frequently to the island of Zanzibar and spent time with its Arab community. The picture’s frame was repurposed from one of the many distinctively decorated door frames found throughout Zanzibar. The work reflects “the fatalism and deep spirituality that the artist found among the Arab people”, says Giles Peppiatt, the director of the Modern and Contemporary African Art department at Bonhams. Works from Stern’s Zanzibar period are among her most coveted—Arab Priest (1945) achieved £3m in 2011 at Bonham’s in London, which was an auction record for Stern. It was bought by the Qatar Museums Authority and will be part of the collection of the Orientalist Museum in Doha, when it eventually opens. 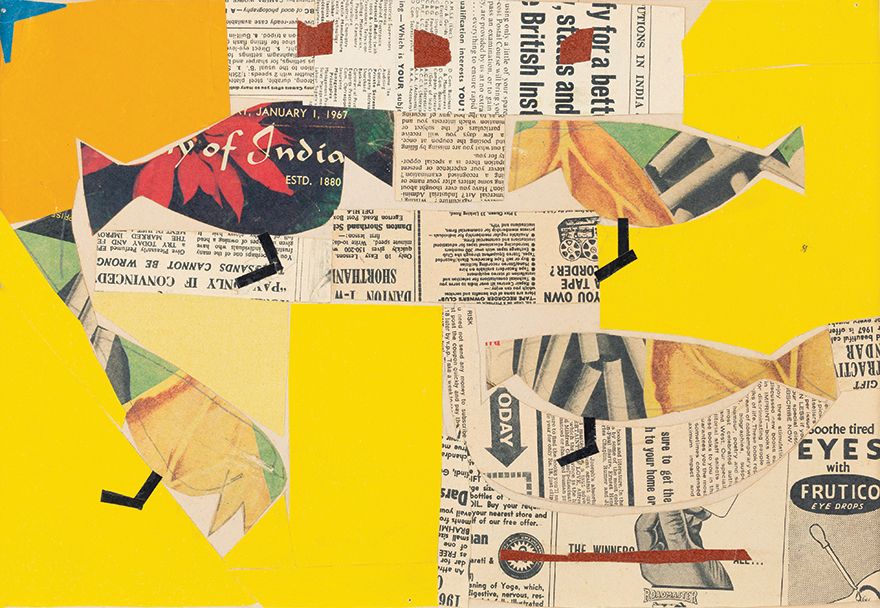 After losing his sight following a botched eye operation, the teacher and artist Benode Behari Mukherjee started making collages until his death in 1980. Among Mukherjee’s pupils at the fine arts institute of Kala Bhavana in West Bengal was film-maker Satyajit Ray, whose 1972 documentary film, The Inner Eye, includes Mukherjee’s words: “Blindness is a new feeling, a new experience, a new state of being.” This Cubism-influenced collage is one of 59 Mukherjee works consigned to Christie’s South Asian sale this month by the foundation of his daughter, the late Mrinalini Mukherjee, who was also an artist. 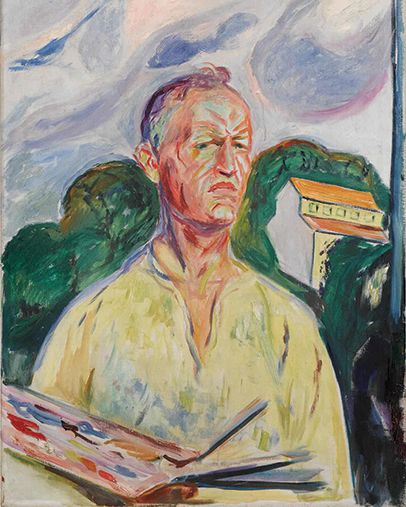 This painting—the first self-portrait by Edvard Munch at auction in 15 years—was one of 82 works by the Norwegian painter sold by German public collections during the Nazi-era, after Hitler declared Munch to be a “degenerate artist”. It was bought by the Kunsthalle Mannheim in 1926 and was later deaccessioned by the Nazi government. Thomas Olsen, a Norwegian ship owner and friend of the artist, bought the painting at an auction of Munch's work in Norway in 1939, along with his Embrace on the Beach (1904). It too is offered at the Sotheby’s sale (est £9m-£12m), consigned by Olsen’s descendants.