Previews of the 34th Bienal de São Paulo, Prospect.5 and the 11th Liverpool Biennial—plus, lots of dates for your diary 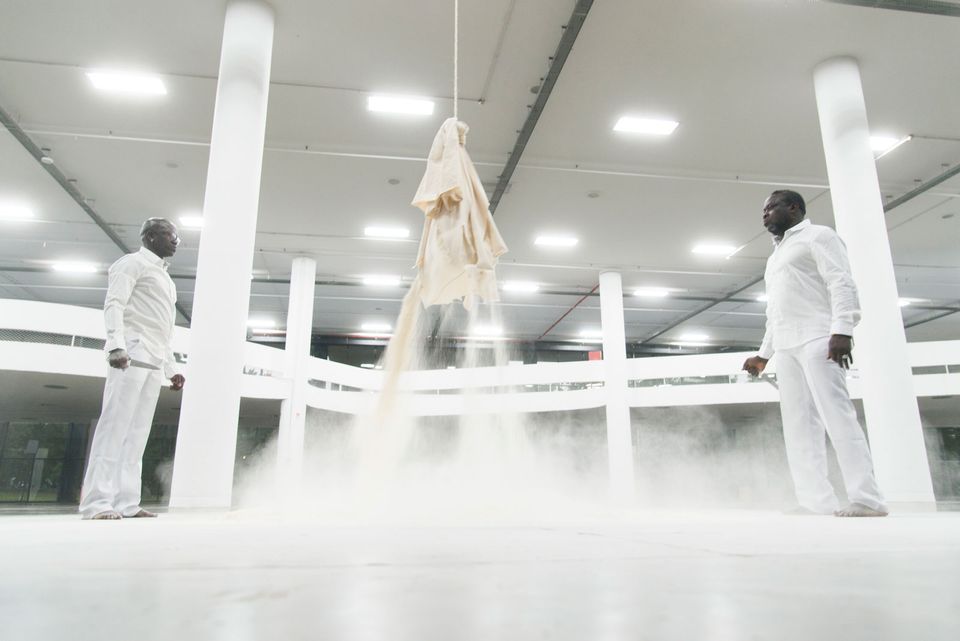 The 34th edition of the world’s second longest-running biennial was supposed to span several months last year, with a number of shows and events planned in partnership with 25 national and international institutions. The coronavirus pandemic scuppered those plans. “The tragic events of the last months have brought significant changes to the choreography as it was initially imagined,” says the biennial’s curator Jacopo Crivelli Visconti. “But it also reinforced the relevance of a show that is continuously under construction, and which publicly reflects on itself.”

As cultural institutions began to reopen in Brazil last November, “we felt it was important to give our contribution to that moment”, Visconti says. The result was Vento, a group show at the biennial’s pavilion featuring 21 artists, including Paulo Nazareth, Luisa Cunha, Jaider Esbell, Edurne Rubio and Yuko Mohri, which closed in December. “All of them will also take part in the exhibition [this year], most of them with the same works,” Visconti says. “Showing the same works more than once, at different moments and contexts, emphasises that nothing remains the same: not a work of art, not who looks at it, not even the world around them,” he adds.

Visconti says that the biennial title, a line from a poem by Thiago de Mello of Brazil, “has accompanied us through the apparently endless state of emergency we have experienced throughout the past months. It gained new meaning in the baleful light of the Amazonian fires…. It seems even more fitting now, in light of the new coronavirus, which makes this reality more evident and extreme.” 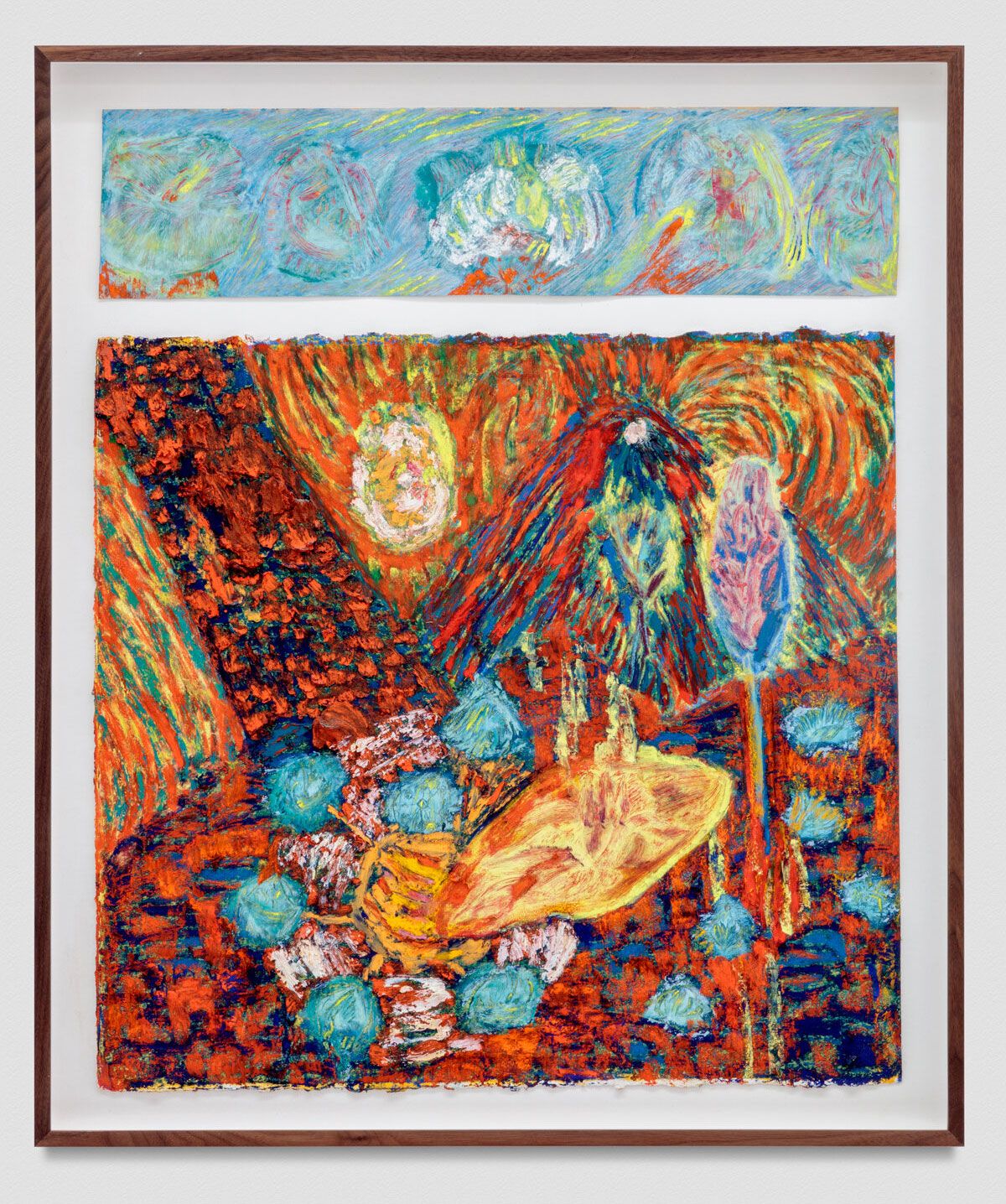 Untitled (Devotional Landscape) (2018) by Mimi Lauter, one of the artists taking part in Prospect.5 © Mimi Lauter. Courtesy of the artist and Blum & Poe; Photo: Joshua White

The title of the Prospect triennial comes from the 2010 album Yesterday You Said Tomorrow by the jazz musician Christian Scott. “It relays an idea of unfulfilled promises, but with its emphasis on time, on the present day between yesterday and tomorrow, and on the collective ‘we’," it also suggests that the possibility of change lies in our hands,” say Naima Keith and Diana Nawi, the Susan Brennan artistic directors of the fifth edition of the event modelled on the Venice Biennale.

The pair believe that looking to the past is more relevant than ever. “Many projects [in the triennial] explore or refer to history as a means to understand the contemporary; they trace the way that the trajectories, stories, recurrences and reiterations of history shape and echo in our present,” say Keith and Nawi.

Much of their thinking about the exhibition was in place before the pandemic struck the US in 2020, they say, but the events of the past nine months have forced the curators to reassess their ideas. “We have found that the initial questions we began with—how can we understand our era at this nexus of the unprecedented and the familiar? How does history shape the present?—are all the more relevant, especially in the context of New Orleans.” Artists due to participate include Mark Bradford, Sharon Hayes, Nari Ward, Jamal Cyrus and Mimi Lauter. 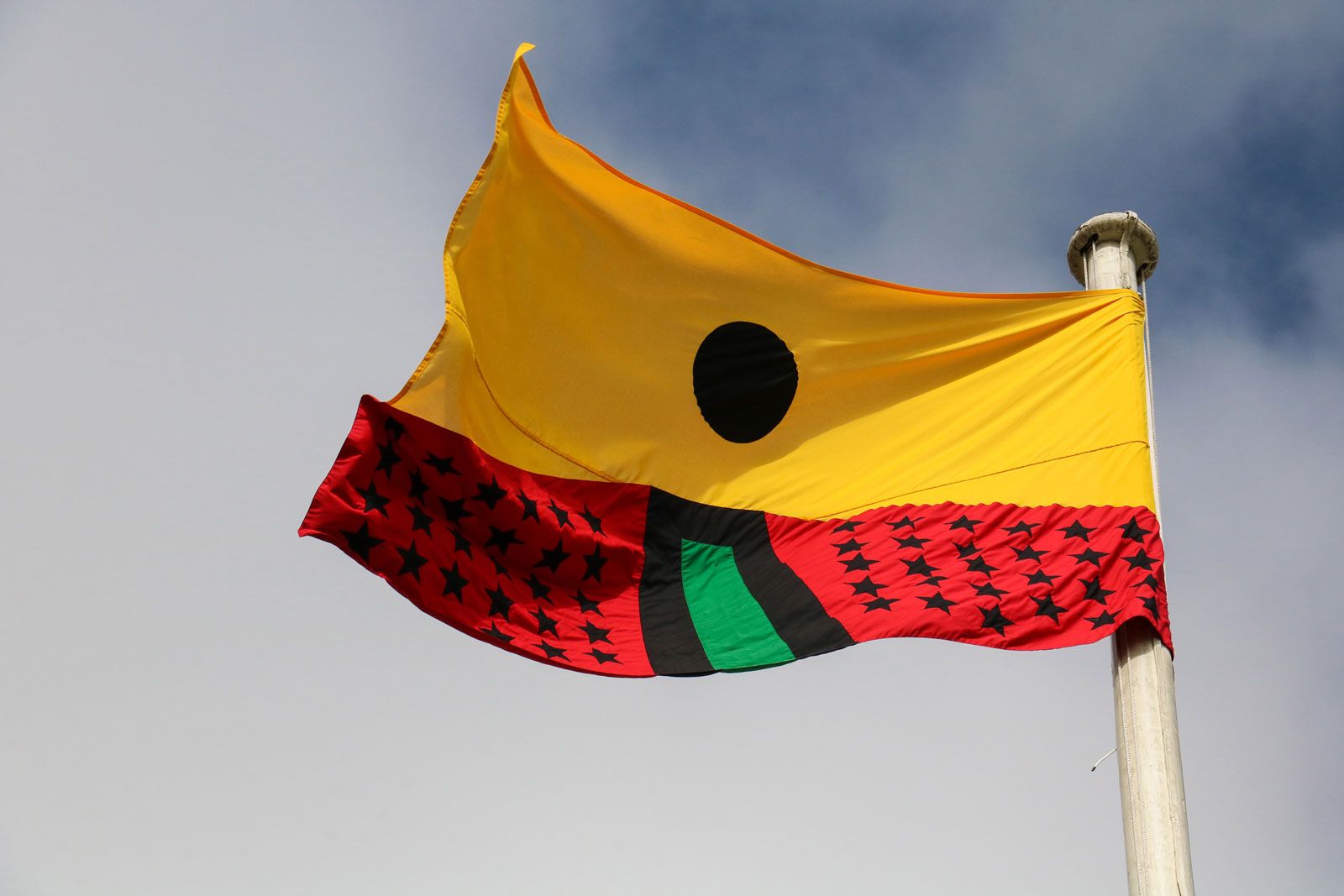 Pan African Flag For The Relic Travellers' Alliance (Ascension) (2017) by Larry Achiampong who is one of the artists taking part in the Liverpool Biennial Courtesy of the artist and Copperfield, London

11th Liverpool Biennial: The Stomach and the Port

“I often say we are doing the same biennial but different,” says Manuela Moscoso, the curator of this year’s Liverpool Biennial. “The process of making the biennial started in 2018 and by March 2020, the biennial was shaped,” she says. “Though the global issues of 2020 have forced us to adapt and reconsider some of the individual works on display.” (As well as being postponed due to the pandemic, the biennial also lost its director Fatos Üstek last November after a dispute with board of trustees.)

One of the highlights will be the South African artist Neo Muyanga’s newly commissioned project A Maze in Grace at the Lewis’s Building, a former department store and city landmark. Muyanga’s video installation is inspired by the hymn Amazing Grace, composed by the 18th-century English slaver-turned-abolitionist, John Newton. The Jamaican artist Ebony G. Patterson will presents three textile works at Tate Liverpool, as well as a new floor work. According to a press statement, “Patterson is concerned with historical representations of marginalised bodies, and capturing, mourning and glorifying the passing of their lives.” New public works will be presened by the artists Larry Achiampong, Teresa Solar, Erick Beltrán, Linder, Daniel Steegmann Mangrané and Rashid Johnson.

The title of the biennial, The Stomach and the Port, “works in different forms”, Moscoso says. “For instance, the stomach, like the port, is a location where the inside and outside meet, where processes of transformation occur, where a culture-nature exchange happens: both stomach and port are places of production rather than representation.” On a more prosaic level, it refers to the biennial’s location, the port of Liverpool, she adds.

Dates for your diary... 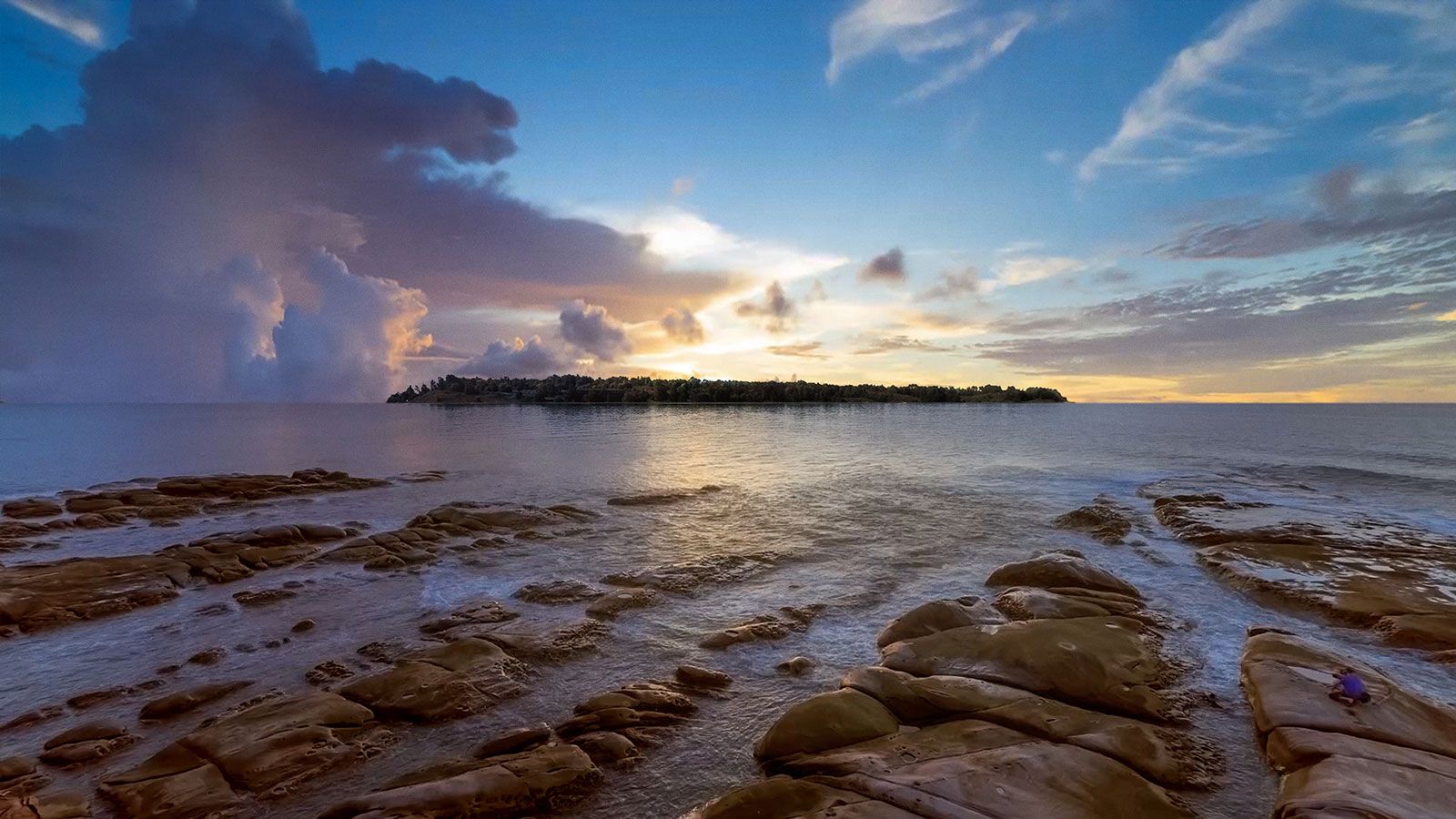 Vallisaari Island, the location of the inaugural Helsinki Biennial

*All events mentioned are subject to Covid-19 restrictions—please check times and dates accordingly.