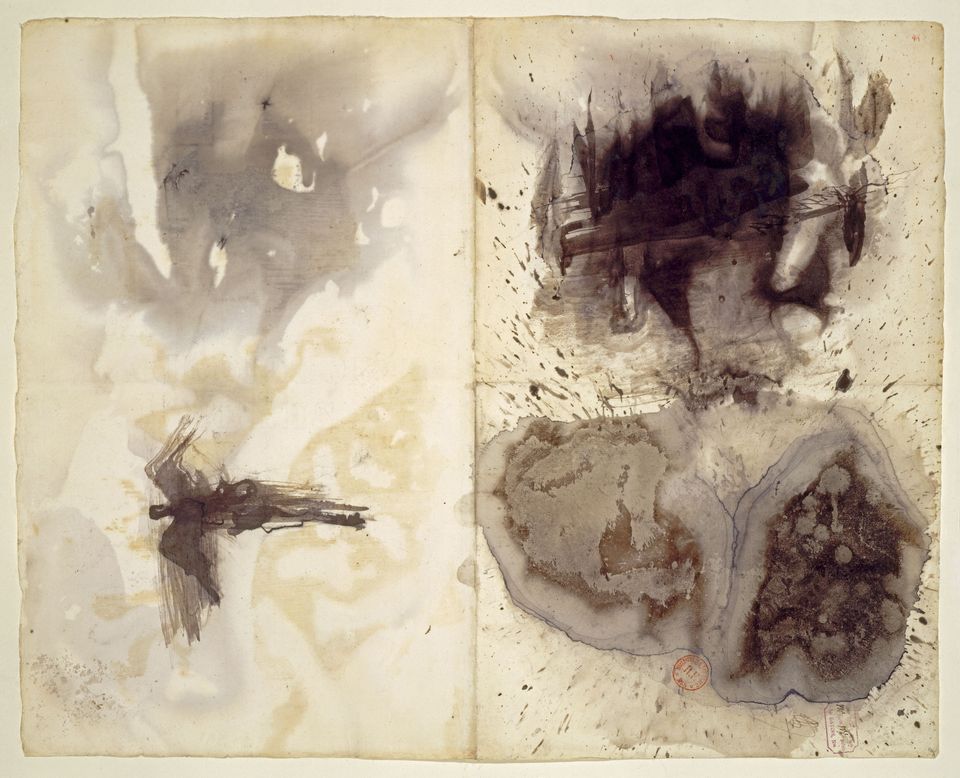 The fact that the larger-than-life Romantic poet-novelist Victor Hugo also made drawings of serious quality and feverish intensity was appreciated by artists at the time like Van Gogh and Delacroix, and is well known to French scholars today. But word hasn’t gotten out so widely beyond the precincts of the Bibliothèque Nationale.

Now the Hammer Museum is trying to change that with the first show of his drawings in the US in 20 years: Stones to Stains: The Drawings of Victor Hugo, opening Thursday (27 September). (The last US museum show was at the Drawing Center in 1998, also under the leadership of Ann Philbin, now the director of the Hammer.)

Curated by Cynthia Burlingham and Allegra Pesenti, the new survey features some 65 drawings ranging from Hugo’s architectural renderings to his social justice images, including an 1854 sketch of a hanged man later used as an abolitionist rallying point. But most of all, the show reveals Hugo to be an avant-gardist before his time who, drawn to séances and spiritualism, experimented with pools of ink to create “tache” or “stain” drawings decades before the Surrealists took up automatic drawing. “Just like Ernst with his frottages”, Pesanti says, “Hugo tried to manipulate paper and inks to see where they went and what came out, relinquishing the use of the hand.” She notes that the Surrealist ringleader André Breton owned a few of his drawings, as did Picasso.

But for the Hammer’s purposes in organising the show, the most important collections proved to be the Bibliothèque Nationale (with 18 loans) and the Maison de Victor Hugo in France (25). “We have an unprecedented number of loans from these institutions,” notes Burlingham, who said the distribution of Hugo’s works helps to account for the writer-artist’s low profile in art history in the US. “There are like five drawings in the US, and 3,000 in Europe,” she says. His words, not to mention “Les Mis” songs based on them, travel the world; his images not so much.