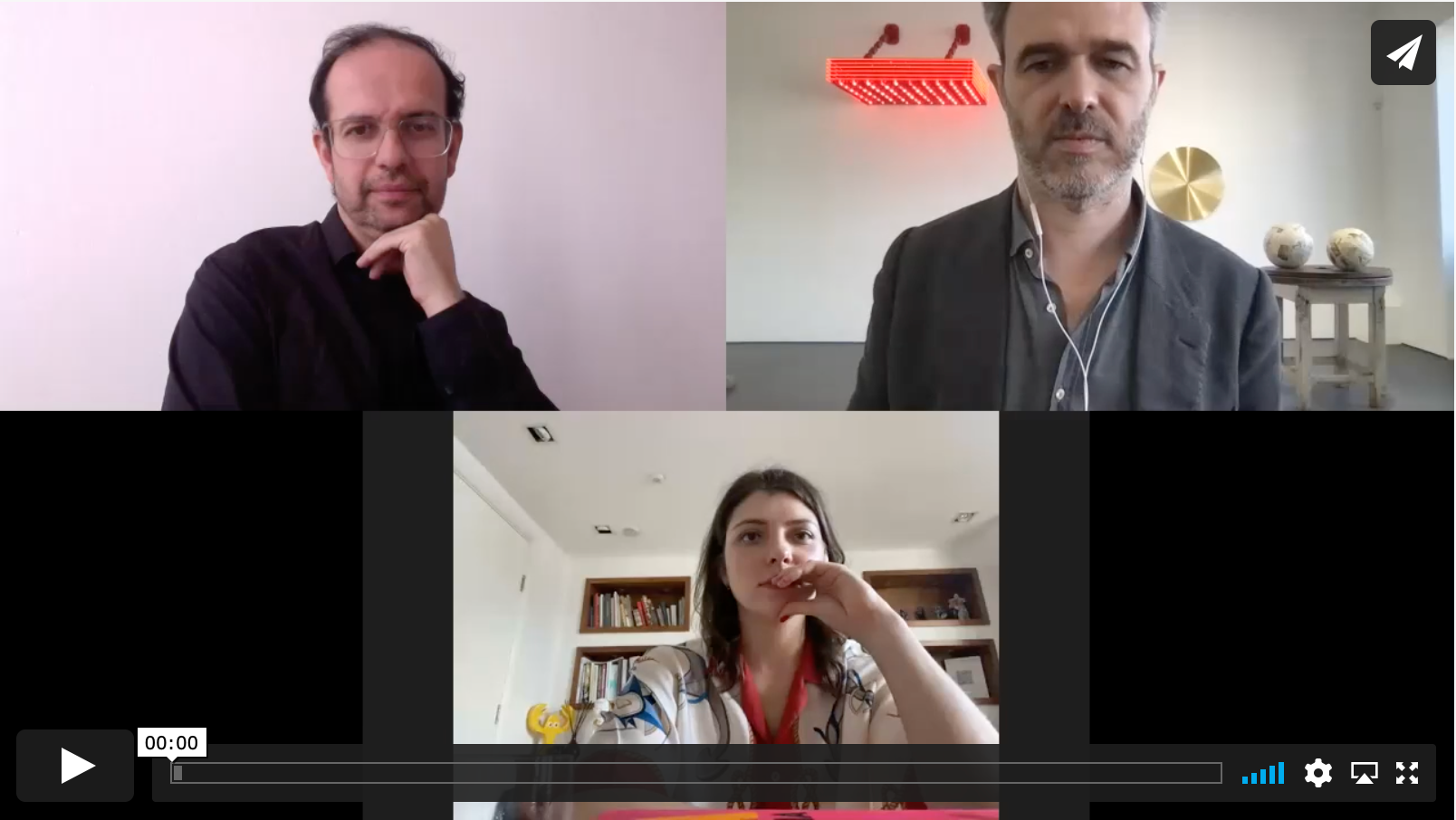 A Conversation between Svetlana Marich and Tino Sehgal, 2021 Installation Courtesy of the artist and Esther Schipper

The art world loves pioneers (whether authentic or self-styled), and it is around that theme that the first of Art Basel’s OVRs this year has centered itself. The showcase went live to virtual "VIPs" yesterday with online presentations from 100 galleries in 25 countries.

While some galleries have interpreted that theme (very) loosely, there are plenty of great works to be discovered by familiar names—and a few less familiar ones. Notably, there’s a treat from Esther Schipper, which has gone completely meta by presenting only a Zoom conversation between Tino Sehgal and Philips worldwide deputy chairman and co-Founder of Malevich.io Svetlana Marich about, among other things, Sehgal’s anti-market philosophy and his oral contracts. It appears to be for sale on the site, though perhaps the Art Basel OVRs as yet lack the user experience to accommodate such conceptual chicanery.

Galleries that are showing solo presentations and approaching their rooms like editorial pages of an online magazine—with concise, engaging text that grabs you (shoutout to whoever wrote the text for the great selection of Vaginal Davis works), and videos to give a better sense of a work’s texture and scale (as in P.P.O.W.’s video of Annabeth Rosen’s wonderful bundled ceramics) — tend to work the best.

Here are some of the art highlights. 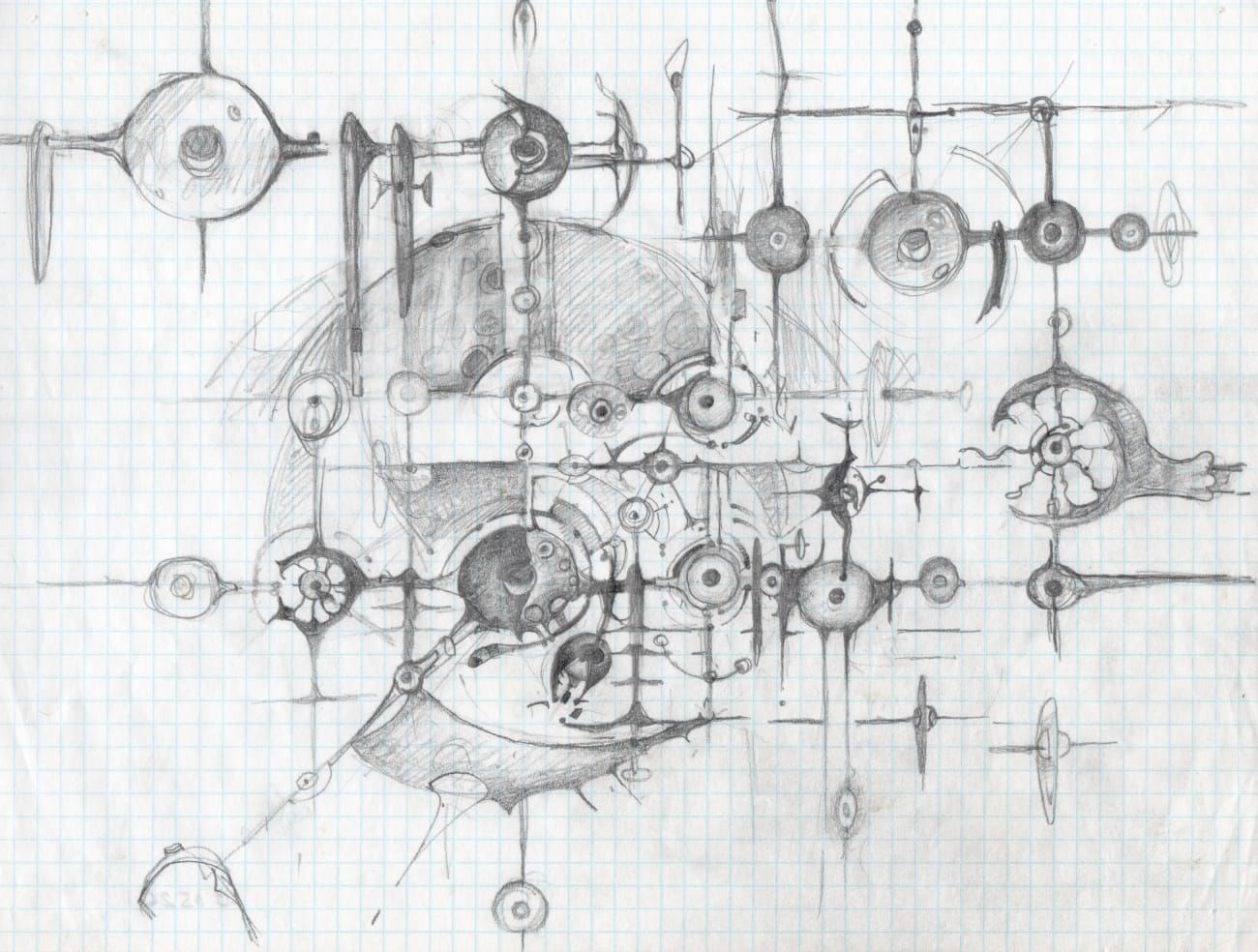 The details of Lee Bontecou’s drawings are sometimes hard to make out on a computer monitor but nonetheless it’s fascinating to see the sculptor’s mind at work in this selection from Marc Selwyn Fine Art, which the gallery text says have never before been published or exhibited. The presentation is a teaser to an upcoming show at the Los Angeles gallery in July 2021 — a clever strategy that one or two other dealers have also adopted. The sketchy studies on graph paper contain machinist echoes of the nightmarish holes at the center of Bontecou’s extraordinary, leathery sculptural wall reliefs. 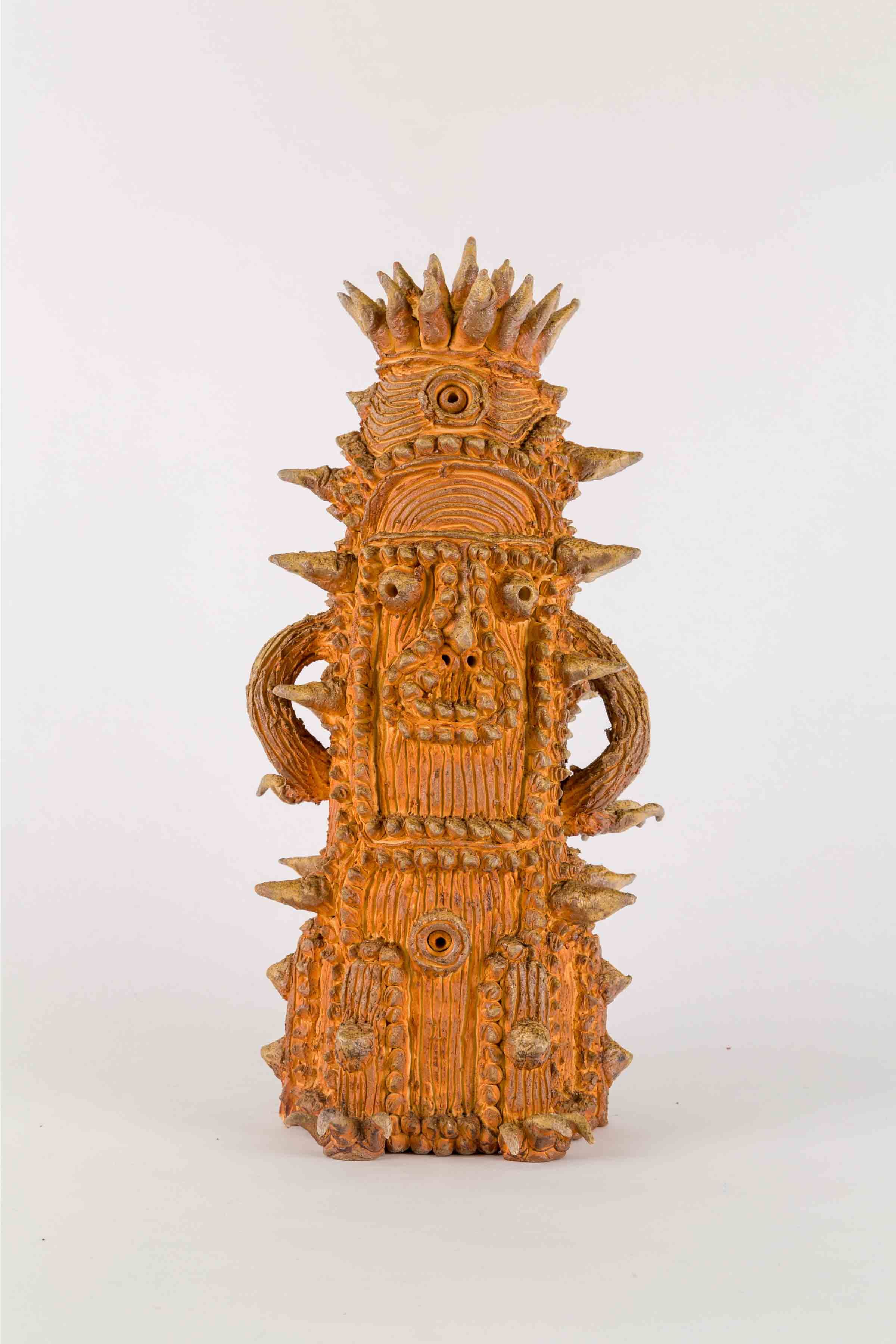 Shinichi Sawada’s irresistible spiky ceramic creatures look like they might have emerged from the archeological dig of an ancient civilisation, and yet they also feel totally contemporary, perhaps owing to recent tastes in wobbly hand-built ceramics and the grotesque. They are baked in such a way as to create gradations of golden terracotta, making them also resemble freakish loaves of bread. This selection, from Venus Over Manhattan, follows closely on the heels of the Japanese artist’s U.S. debut at the gallery’s IRL space in New York. 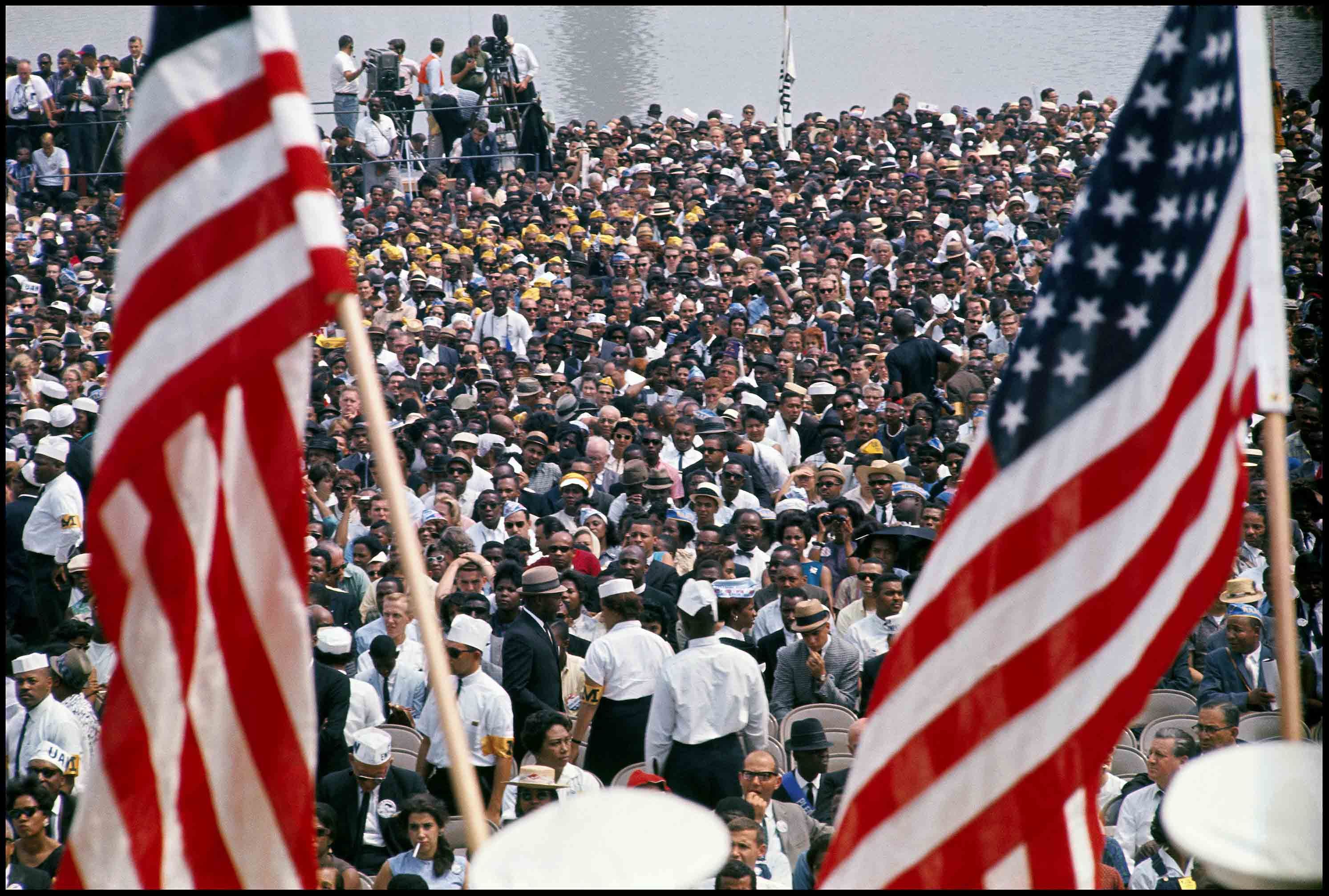 This searing, elegant selection of eight photographs by Gordon Parks—two of them very famous—span some two decades, from American Gothic (1942), named by Time magazine as one of the most influential photographs of all time, to a 1963 shot of the March on Washington, which feels almost unbearably fresh in light of the events of the past 12 months.

The title of the showcase from London-based Alison Jacques Gallery, “The Heart Not the Eye,” is derived from Parks’ own words detailing what he felt should determine the content of his photography. But both heart and eye are very much in play in these images, as in an untitled shot from Chicago in 1957, in which a Black hand, stylish and smoking a cigarette, emerges from a prison cell. Parks allows his subject agency and denies any sympathetic gaze even while capturing the systemic injustice that has always and still defines America. 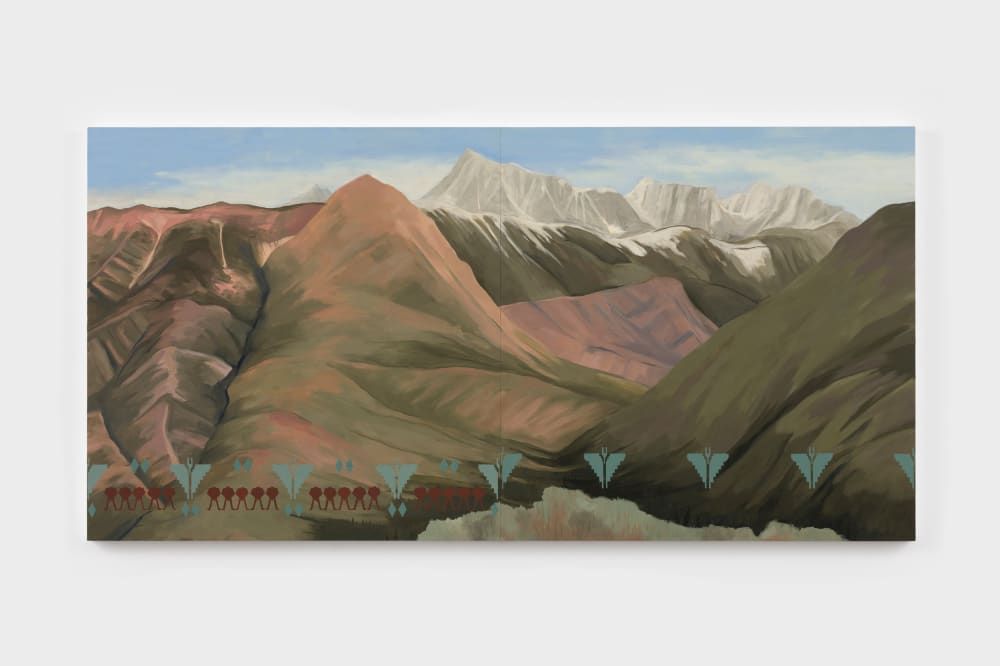 In this solo presentation of eight works, Kay Walkingstick reclaims the land for Native Americans by painting indigenous geometries and symbols over landscapes of the Grand Canyons, Taos, Grand Tetons and other famous natural wonders and destinations that white settlers first colonised generations ago. Her 2014 Approaching Yosemite, presented in this OVR room by London gallery Hales, is a particularly gorgeous example, with the band of pattern across its surface—resembling birds of prey and stick figures—suggesting a language that has emerged in concert with the peaks, textures, and gradations of the natural environment. 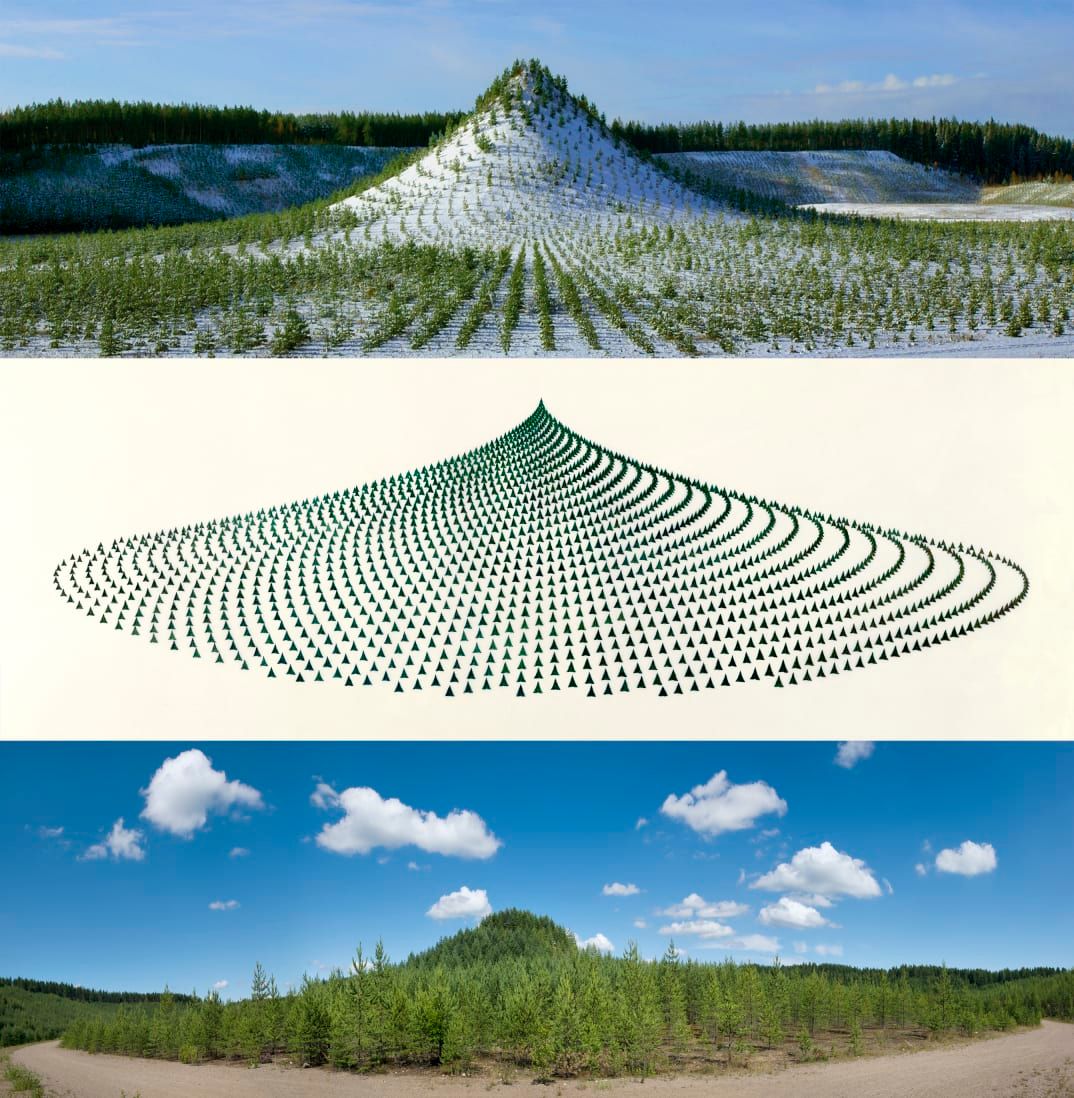 What stands out in this grouping of seven works by the brilliant Hungarian-born American conceptual artist Agnes Denes—who emerged in the 1960s to examine our environment by cultivating nature and probing systems of knowledge—is the way the images resonate so beautifully with each other across medium, imagery, and scale.

Denes’s isometric map projections, based on precise mathematical calculations, imagine the globe taking different forms, like that of a snail or a pyramid. The pyramid, a cherished form for Denes, echoes across several other works, including a print that shows the artist’s pyramidal knowledge structures, a plan of her Tree Mountain—a living time capsule of 11,000 trees planted in Finland according to the golden ratio— and a rubbing of a woman’s breast. This presentation also includes some helpful videos posted by Budapest gallery acb.